The Tecno Camon iClick 2 is a decent smartphone on the whole in the budget segment.
Rating:

China's Tecno Mobiles launched three affordable smartphones last month — Camon iAir 2+, Camon i2X and Camon i2 — all boasting of superior camera performance with aids from Artificial Intelligence (AI) capabilities. While the company has been facing a stiff competition from the popular all-rounders from Xiaomi, Nokia and ASUS, its latest camera-centric smartphone — the Tecno Camon iClick 2, aims to turn things around by offering a large 'notched display' with a sleek design, a pair of AI-based cameras for shutterbugs and a longer stamina. But does it have what it takes to stand up against the popular offerings from established rivals in the budget segment and make a dent in their market share? Let’s find out. 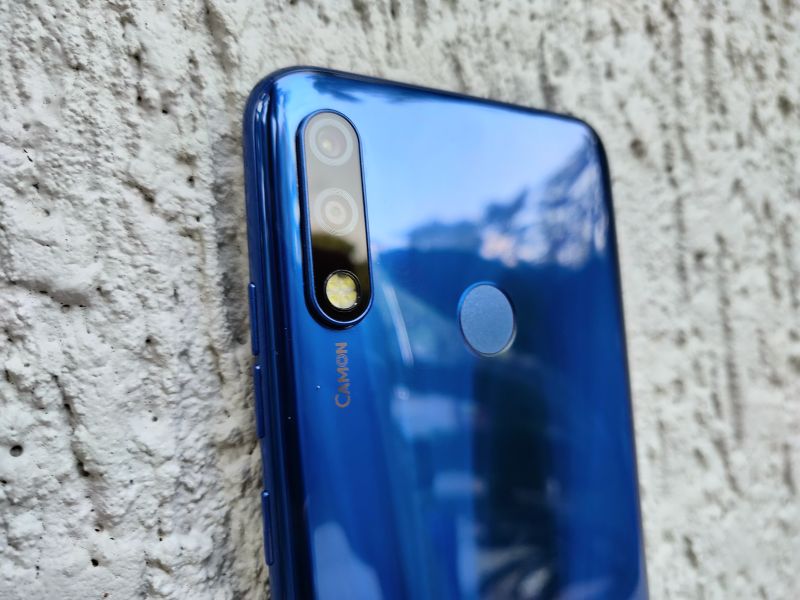 The iClick 2 seem to share Tecno's lineage in terms of design — it does look good and feels nice to hold. The notched display with minimal bezels, which is now a common trend in budget smartphone space, makes it look pretty modern. The handset flaunts a slim profile and a glossy rear panel offering a premium look. However, in real, the rear is neither metal nor glass — it's actually built of plastic that resembles a glass panel. The drawback for this glossy finish is lots of smudges and fingerprints, but it surprisingly offers a secure grip. 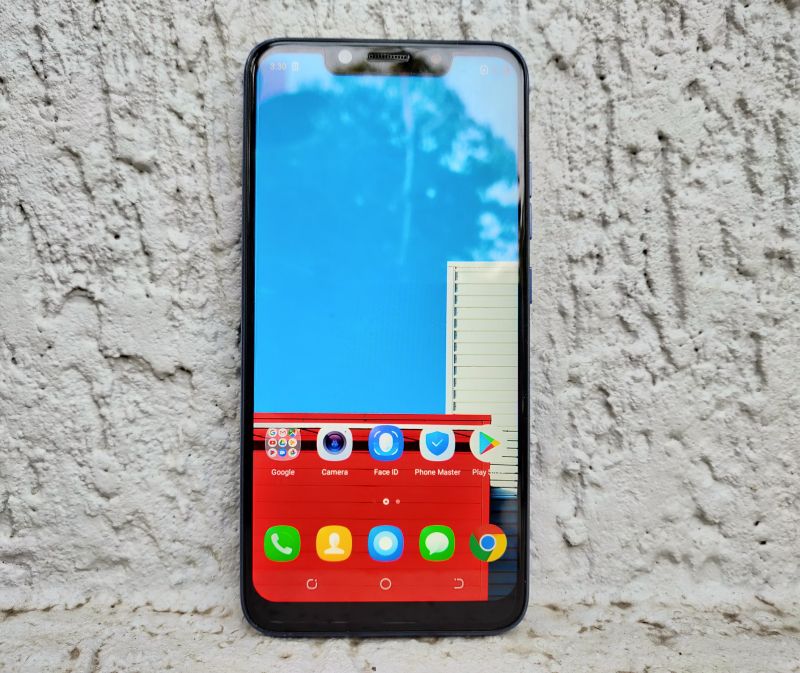 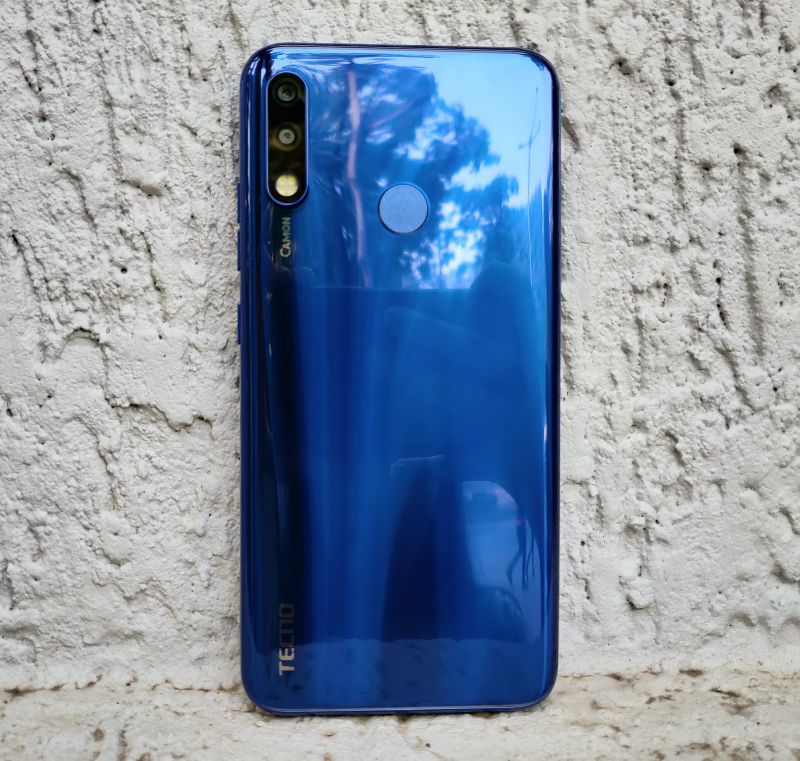 The rear is reminiscent of the Huawei P20 Pro — there's a vertically-aligned dual camera setup flanking the quad-LED flash in the module. There's also a rear-mounted fingerprint sensor that lines up conveniently when you hold the phone.  Overall, the iClick 2 is built reasonably well and looks good.

When it comes to the display, the Camon iClick 2 embraces a 6.2-inch Full View notched-display. It operates at just an HD+ resolution, which is sad — the company should have at least offered a full HD panel considering rivals feature full HD+ displays. Nonetheless, the display is vivid and the overall colour reproduction seems at par with what the competition offers. Viewing angles are wide, the screen brightens up nicely and features good sunlight legibility.

While most leading budget smartphones offer a Snapdragon 636 or Helio P60 chipset in this category, the iClick 2 runs on a low-end MediaTek P22 Helio octa-core SoC clocked up to 2GHz. Smartphones such as the Redmi 6 (Rs 7,999) and the Nokia 3.1 Plus (Rs 11,449) are offering the same chipset at a very low price point. However, Tecno says the iClick 2 is a camera-centric phone, which is why the preference for raw performance isn't visible. The smartphone comes with 4GB of RAM and 64GB of internal storage, which is expandable up to 128GB. 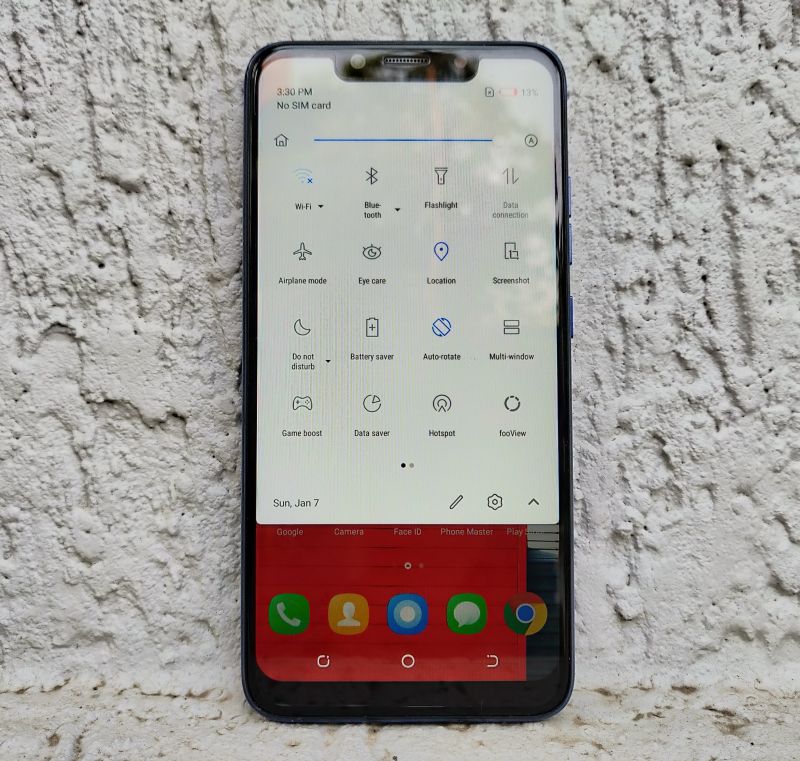 The smartphone does perform its duties efficiently when it comes to handling day-to-day tasks, but struggles when pushed to its limits, i.e. playing demanding games. We occasionally noticed slight lags and stutters while browsing or multitasking. With the Techno Camon iClick 2, don't expect a smooth gaming experience — the regular games run well, however, when it comes to the heavier titles, the smartphone starts sweating. Additionally, the phone warms up during gaming. Both the fingerprint sensor and the face unlock system work as intended. 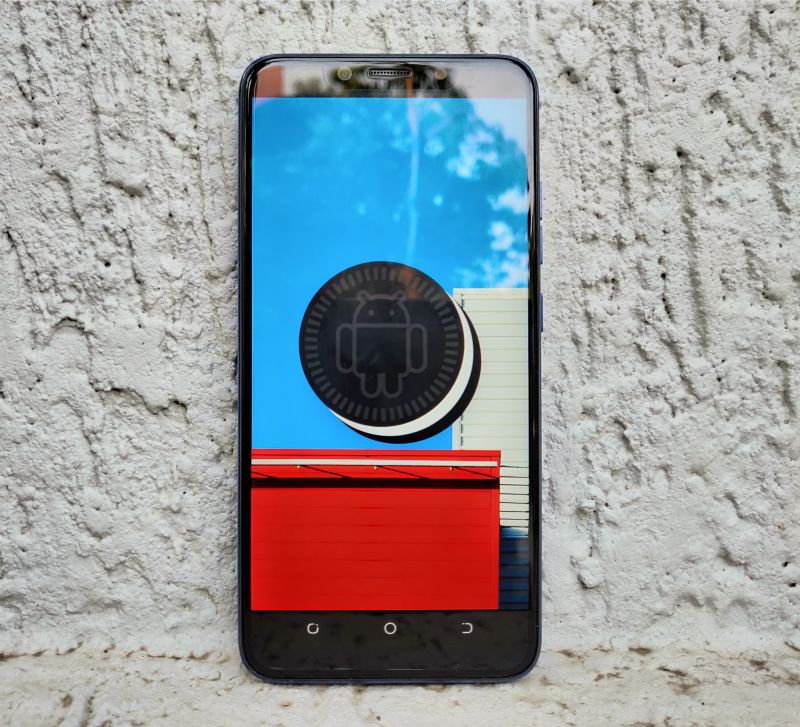 The Camon iClick 2 runs on Android 8.1 Oreo with HiOS 4.1 on top of it. HiOS 4.1 offers a lot of customisation options, especially the WhatsApp mode, which restricts others apps from accessing the data while excluding the messaging app. Apart from WhatsApp mode, HiOS also offers a Game Boost mode, FooView, Screen Record and Lock Screen notification options. The smartphone also supports face unlock, labelled as Face ID. The device comes with Phoenix browser and Kika keyboard, which sadly cannot be uninstalled since they are baked into the UI. Additionally, some social networking apps, as well as a little amount of bloatware, is also present.

The iClick 2 features a dual rear camera setup with a 13MP f/1.8 primary camera and a 5MP secondary camera that aids with depth sensing. The company claims that the smartphone uses AI-based algorithms to enhance the photography experience based on different light meters. The camera offers Super Pixel and AI Bokeh for improved Portrait mode shots. Upfront, Tecno has equipped the device with a whopping 24MP f/2.0 shooter assisted by an LED flash. This camera setup also leverages AI, that will help produce better selfies. There is also a Bokeh mode and a Panorama mode for the front camera as well. 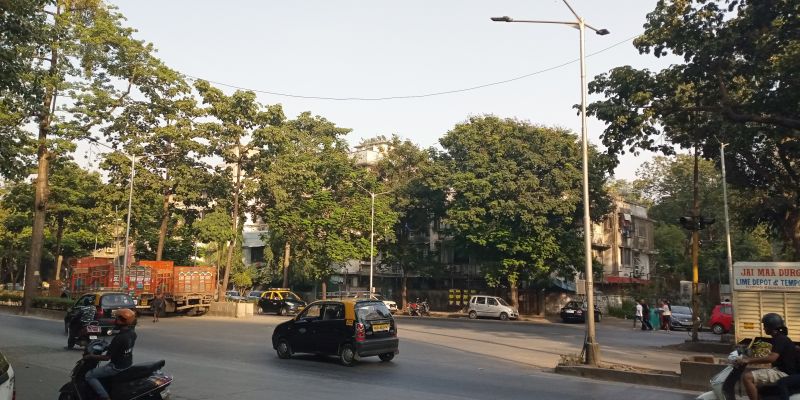 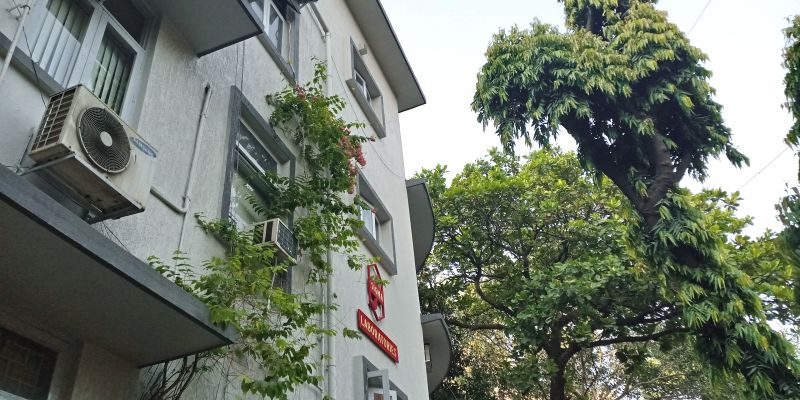 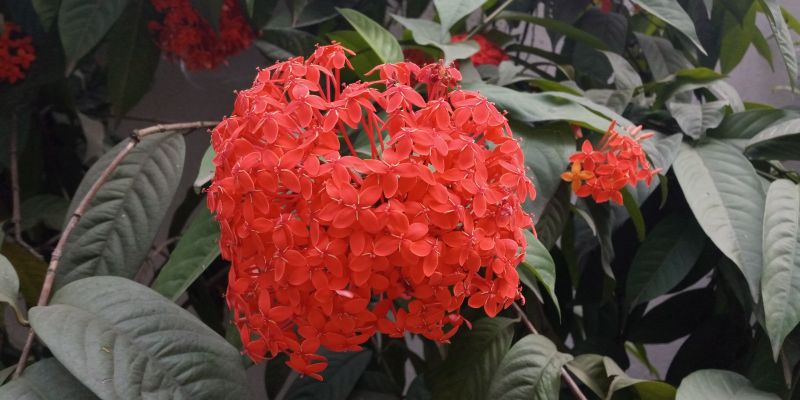 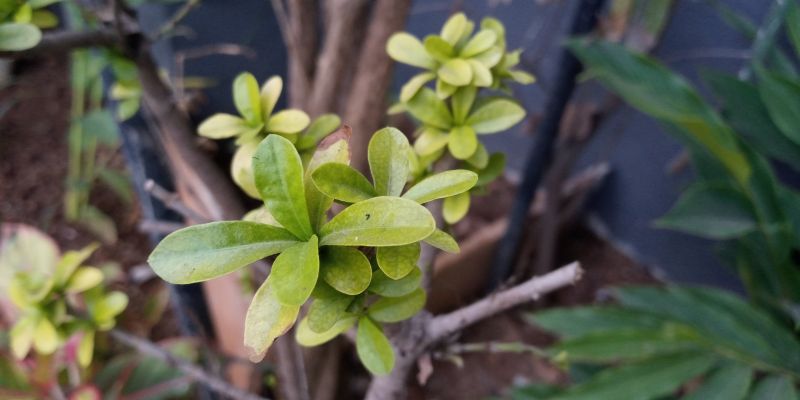 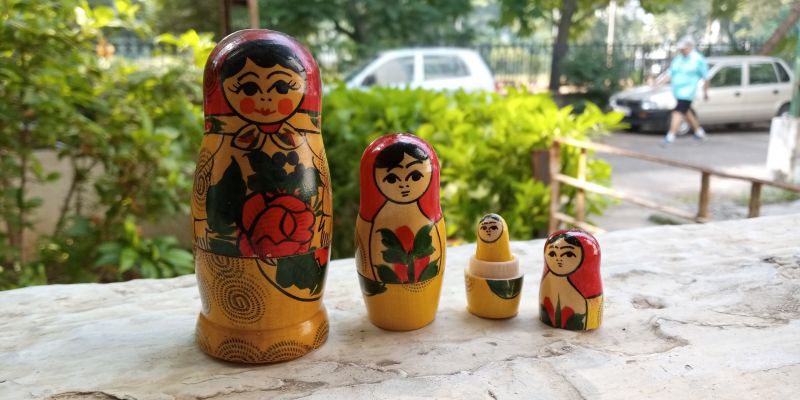 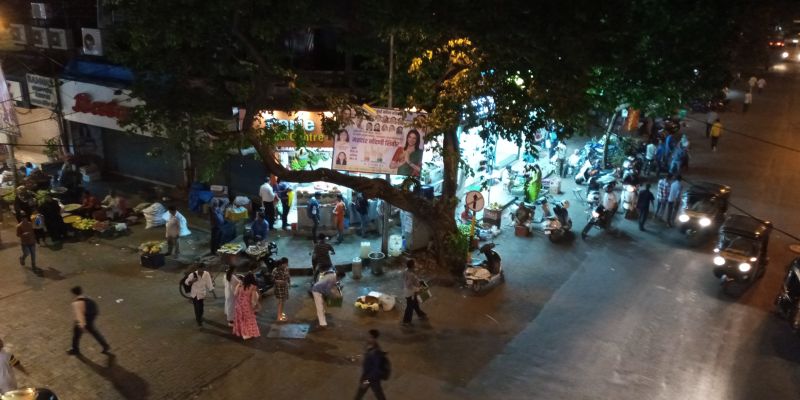 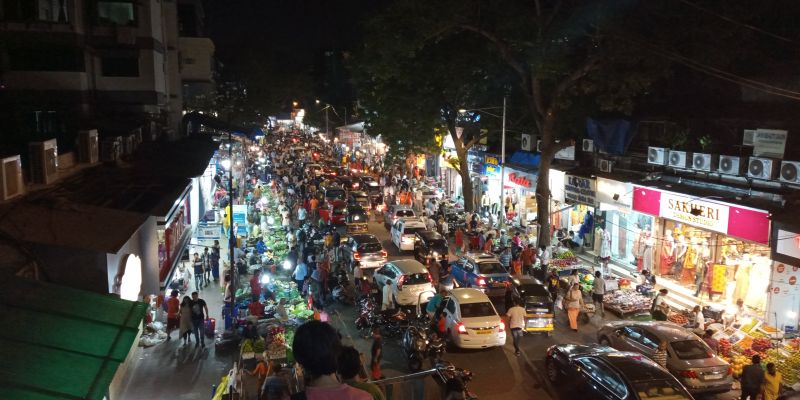 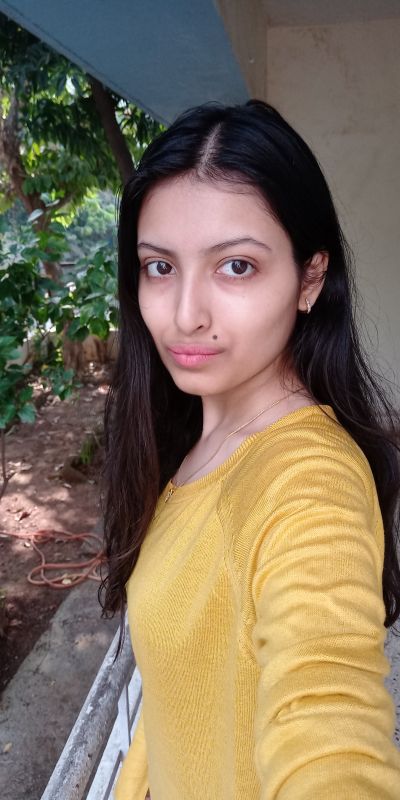 In broad daylight, the images are decent enough and the colour reproduction often seemed to be on point. The phone is quick enough to focus in daylight. The camera captures images with adequate details under good lighting, which is the same case with the macro shots as well. The ‘Auto HDR’ mode at times doesn't work accurately. The AI Bokeh mode serves moderately in adding additional blur to the background. There's also a beautification mode for rear camera photography, which smoothens up the shades on faces and removes blemishes.

When it comes to low-light photography, the quality of images drops with grains creeping in. However, the quad flash offers good illumination in low light, therefore, aiding better outcome. However, the camera takes a few seconds to lock focus on the subject while shooting in low light, resulting in blurry photos.

Moving ahead, the front camera takes fairly good selfies. The dynamic range is retained efficiently while the details are preserved for daylight situations. On the whole, selfie addicts should be impressed with the outcome of the front camera — it's amongst the best in its class. 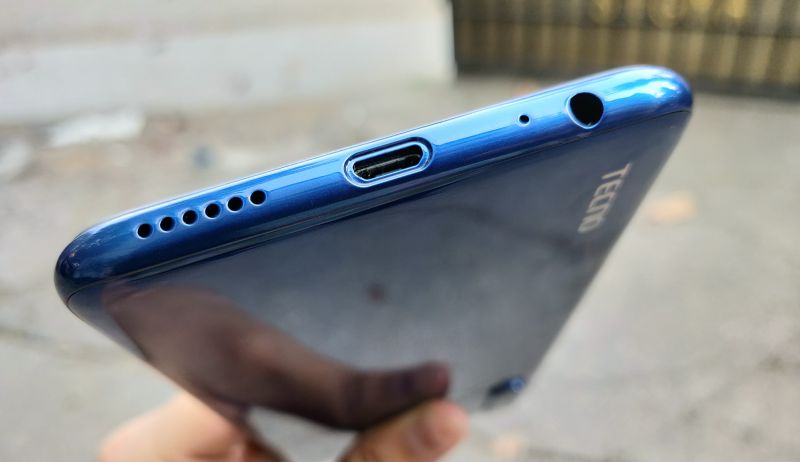 The 3750mAh battery is capable of delivering more than a day’s stamina, depending upon users' usage scenarios. However, the battery levels will drop heavily if you stress the device with resource-intensive games or with continuous media consumption.

The Tecno Camon iClick 2 is a decent smartphone on the whole in the budget segment. With a stylish design, a vivid and large display, healthy battery stamina and above-average performance, the iClick 2 is an interesting proposition. However, with the iClick 2, Tecno doesn't seem to have played its cards well. There are several other smartphones in the same price range that offer a tad better class of internals and improved photography experience.

However, at Rs 13,499, the iClick 2 offers refreshing new aesthetics and capable front cameras with a reliable battery life. If these criteria are your prime concern, then the iClick 2 is worthy alternative to the segment leading rivals.