The Galaxy Tab S3 is a 9.7 inch, 4G LTE device with an optional carry case-cum-plug-in-keyboard.
Rating:

In that classic Grimm's fairy tale, the Sleeping Beauty slumbers for a hundred years, until a passing prince wakens her. In the world of tablet PCs in India, it has taken just a 100 days for Samsung to deliver the kiss of life to the tablet format, which an analyst told us recently, was slowly shrinking in size.

The analyst in question, Cyber Media Research, also suggested that buyers demanded large format tablets, with 4G connectivity and detachable keyboards. In launching a new tablet in India last week, Samsung who is currently the market leader in the tablet business here, has cannily put a uptick mark against all three items on buyers' wish list: The Galaxy Tab S3 is a 9.7-inch, 4G LTE device with an optional carry case-cum- plug-in-keyboard.

Having covered all bases — user preference wise — Samsung has then gone on hedge its bets: Market feedback suggests that corporate users, rather than lay consumers, are big tablet buyers. But in putting together the specs for the S3, Samsung suggests cheekily, that business buyers will embrace a device that mixes work apps with some cool play tools. Consider: 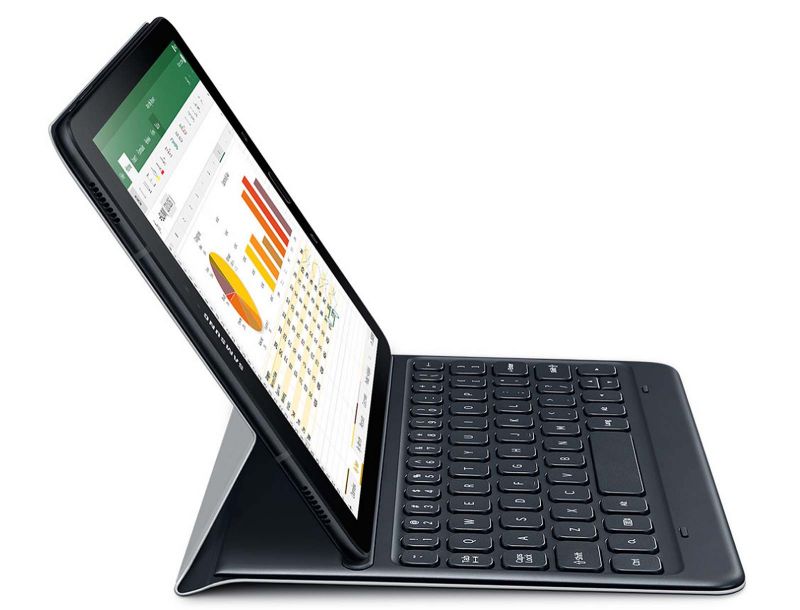 The S3 has a quad core Snapdragon chip under its hood and runs the latest Android 7.0 version with 4GB of RAM and 32GB of storage expandable to 256GB via microSD. A large 6000mAh battery is claimed to be good for some 12 hours of video viewing — food for a long international flight. The 2048 x 1536 pixel resolution is what is known as QXGA — somewhere between 2K and 4K. And with four , rather than two speakers, the experience when watching movies — I picked randomly from YouTube — is outstanding. The display supports HDR or High Dynamic Range, which ensures a balance between the darkest colors on the screen and the brightest . But the only HDR content available currently is with an Amazon Prime video subscription. Another nice touch: When you twist the tablet from portrait to landscape mode to view a video, the speakers go through an auto rotate function to re-orient.

I am not a great fan of using a stylus with touch screens — but the 'S Pen' that comes free with this tablet made me change my mind: Its tip is the closest I have used, to an actual felt pen. Whether you are taking hand written notes or creating art with the brush palette, the pen feels as natural as putting pen to paper. Simply hovering the pen over the screen, opens a menu of options which includes translating handwritten text.

A graphics processor works with the CPU to beef up games and video. And there is a 'do not disturb' mode that stops interruptions when you are deep in a game.

Software -wise, Samsung provides three neat folders for Google, Samsung and Microsoft apps. Samsung Flow makes for easy syncing of tablet with an Android phone. You can shift files and respond to phone messages on the tab. This is a single nano SIM device, so when outside a WiFi zone , you can use the SIM — or the one on your phone, to create your own hot spot. I also liked Samsung Sound Camp app which has a galaxy (pun intended!) of music-composing tools. The inclusion of a full Microsoft Office suite is useful for doing some office work.

I tried out the Pogo keyboard-cum- carrying case and feel this is a crucial part of the Galaxy S 3 functionality — which is why it is sad that Samsung charges an additional Rs 8,499 for it, over and above the basic price of Rs 47,990. Maybe they want to advertise a basic price very close to that of the iPad Pro (9.7-inch) which it matches in almost every specification.

But comparisons aside, the Galaxy S3 — for those who can afford it — is the epitome of how far down the evolutionary path the Android Tablet has come, if you want to work-n-play in your own way. I'm guessing it will ALTer the downward slide of the large TABlet business.