The Vivo NEX is supposed to be powered by Qualcomm’s Snapdragon 845 chipset accompanied by up to 8GB of RAM. (Photo: Venya Gaskin)

When Vivo teased the APEX concept a few months ago, the world was astonished as to how a Chinese manufacturer did something that Apple was expected to do. The APEX was a concept at the time, promising a notch-less future for smartphone displays. However, Vivo next launched has teased something similar to the APEX and leaked photos of the device are already doing rounds of the Internet.

Leaked on Weibo, the smartphone in question is named Vivo NEX and is shown flaunting an all-screen display with no notch or other kind of intrusion into the viewfinder. Instead, the front camera slides up from the top frame. There’s a noticeable amount of chin at the bottom, but it’s not as prominent as the chin on Huawei’s P20. 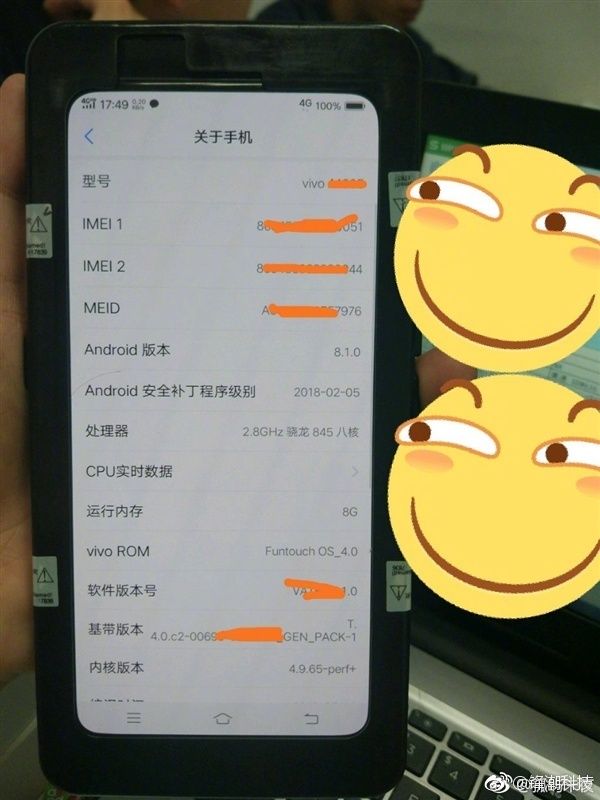 While the leak shows only one angle of the device, it reveals what it will comprise of. The Vivo NEX is supposed to be powered by Qualcomm’s Snapdragon 845 chipset accompanied by up to 8GB of RAM. It will run on Android 8.0 Oreo underneath Vivo Funtouch OS 4.0. The device will sport an in-display fingerprint sensor, which also indicates that it will have an OLED display panel.

The Vivo NEX is rumoured to be price around Euro 559 (approximately Rs 47,000), thereby putting up with the mainstream flagship smartphones. However, all of these are rumours, which is why you should hold on until Vivo makes it official at the launch event on 12th June.