The key highlight of the Galaxy S9 lineup will be “reimagined” camera, as hinted from the recently released teaser of the flagship devices.

While Samsung is gearing up to launch its upcoming flagship phone — Galaxy S9 series at MWC 2018 on 25 February, a new leak suggests that the Galaxy s9 might have a single rear camera setup with a repositioned fingerprint sensor below it. Talking about the Galaxy S9+, it seems to have a dual camera setup along with fingerprint sensor placed underneath the camera lens.

The schematics of the Galaxy S9 and Galaxy S9+ have been posted on Twitter by Slashleaks contributor Zyad Atef. The schematics give hint that the S9 and S9+ might come with minimum bezels on the right sides of the screen. It also shows a front camera sensor and earpiece located on the top. If rumours are to be believed, it seems like both the phones will be marginally different from the Galaxy S8 line-up. 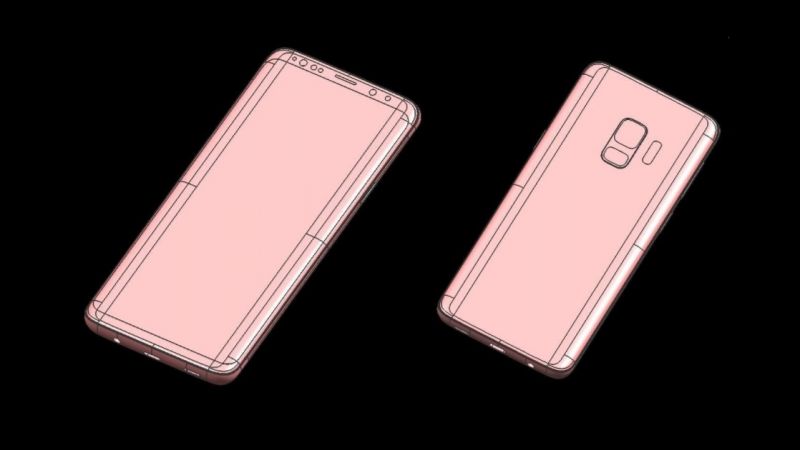 The latest report claims that the Galaxy S9 could sport a 5.8-inch display, while the S9+ could sport a 6.2-inch display. Both are speculated to launch with an 18:9:5 HDR display. Both the phones are expected to be powered by a Snapdragon 845 processor, coupled with 6GB RAM. The Galaxy S9 and S9+ could have customed Android 8.0 Oreo and might end up having 512GB storage.

The Galaxy S9 will be backed by a 3000mAh battery, while the Galaxy S9+ will draw its power from a 3500mAh cell. The major highlight of the Galaxy S9 lineup will apparently be “reimagined” camera, as hinted from the recently released teaser of the flagship devices.

The Galaxy S9+ might sport dual 12MP cameras along with f/1.5 and f/2.4 aperture. The Galaxy S9 meanwhile, could sport a 12MP rear sensor and f/1.5 variable aperture lens up to f/2.4. Both the phones will feature 8MP front shooters along with an iris scanner. The smartphones is rumoured to be available in two colour variants at launch – Grey and Orchid Silver.

Furthermore, the South Korean giant will launch the Galaxy S9 and S9+ on February 25 at the Mobile World Congress.