The G6 has thinner bezels for better screen-to-body ratio.
Rating:

Motorola was one of the first Android manufacturers to offer pleasant user experience on budget. With the debut of Moto G in 2013, the company disrupted the affordable smartphone market. Fast forward to today, and the things have drastically changed for Motorola. Its Moto G series has lost its sheen to the aggressively priced phones from Xiaomi and Honor. In its sixth iteration, under Lenovo, Moto G is trying to recoup its position in a game that it started years ago. 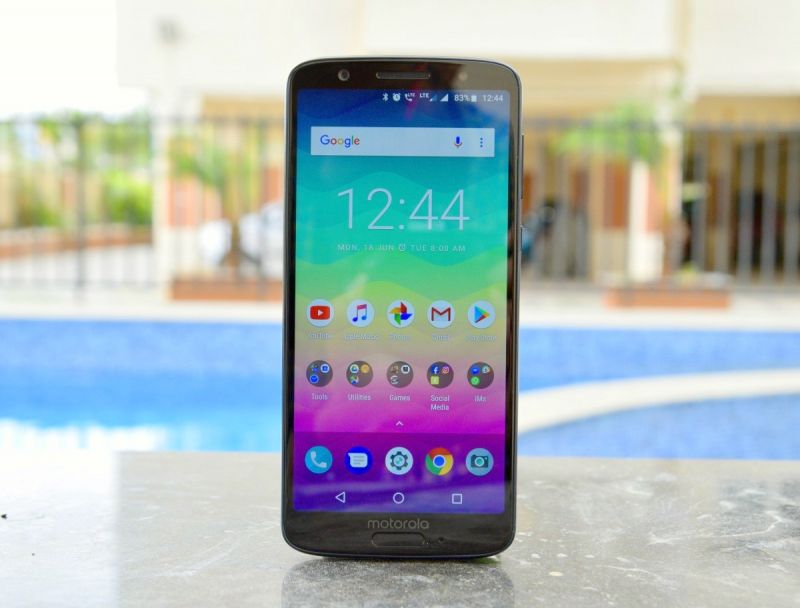 For the sixth gen Moto G, Motorola has opted for glass back. Sure, the metal rear in the previous iteration was more durable, but the glass construction looks classy. The way rear glass curves at the sides are a nice touch too. The camera module is quite an eyesore. It looks like a C-3PO's face staring at you. And no, that’s not a compliment and I'm not a Star Wars fan.

The G6 has thinner bezels for better screen-to-body ratio. However, the front looks somewhat boring. Moreover, the extra space needed to accommodate the fingerprint sensor breaks the perfect symmetry. We couldn't get around the fact that the bottom bezel is bigger than the top one. Overall, it is a well-built phone, with a plenty of scope for design tweaks. 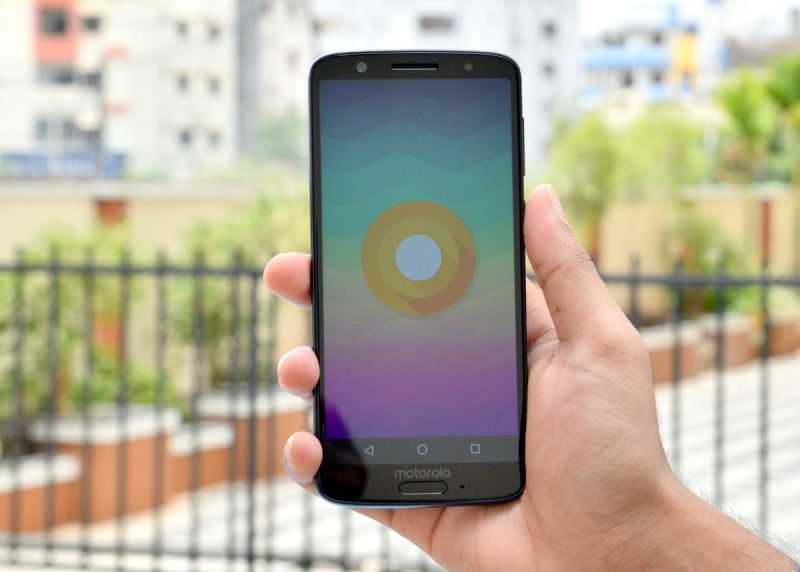 The Moto G6 sports a tall display with 18:9 aspect ratio. It features a 5.7-inch IPS LCD with Full HD+ resolution. To protect it from the scratches, Lenovo has opted for Gorilla Glass 3. The screen produces sharp images and the colour reproduction is good too. However, the panel is highly reflective, which becomes a pain if you are using it outdoors. Even cranking up the brightness to 11 doesn't help. The phone is clearly in need for a brighter screen or better polarisation filter. 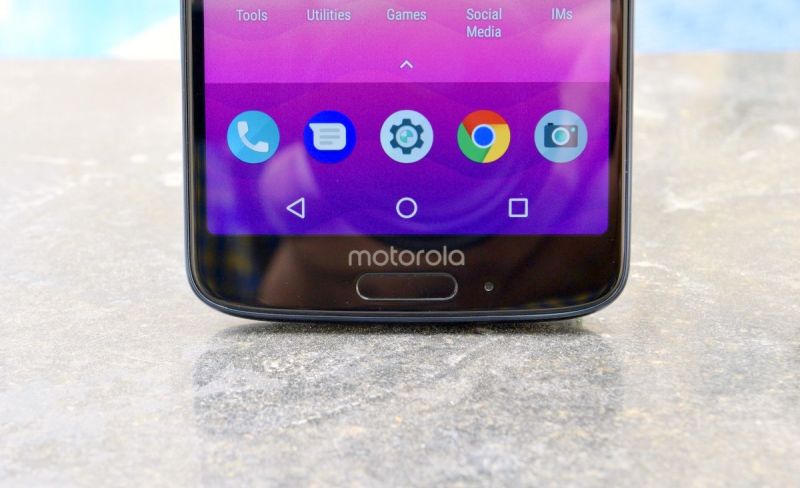 The Moto G6 ships with Android 8.0 Oreo. Staying true to the Moto brand, Lenovo ships the phone with stock UI (User Interface). You know the drill; vanilla Android is light and free of any bloatware. The interface is neater compared to the likes of MIUI or EMUI. On the flipside, the device also lacks some useful bits such as a native call-recorder and app locker.

It does offer a few smart features though. For instance, you get notifications about junk apps and files hogging up your phone's resources. Speaking of resources, the phone is powered by Qualcomm's Snapdragon 450 chipset. Paired with 3 GB RAM, the processor offers enough power for pleasant smartphone experience. 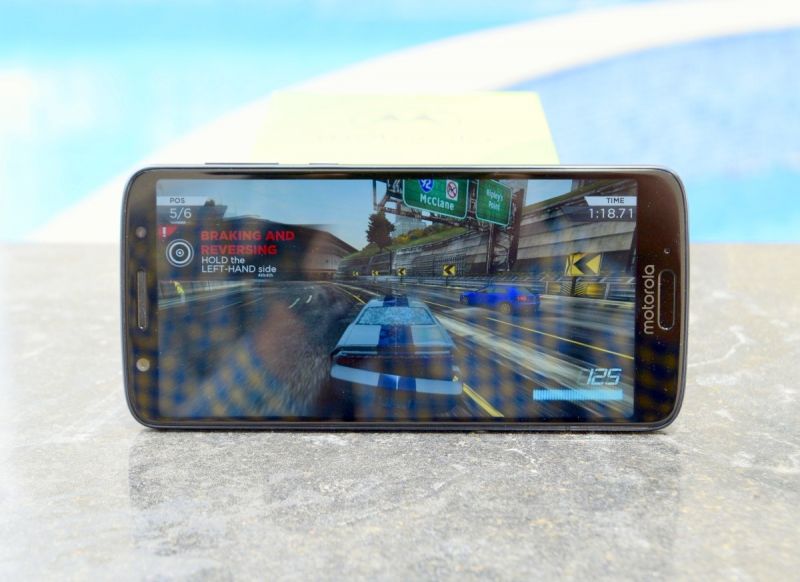 The device hardly lags or stutters while performing the routine tasks. Gaming performance is not bad either. However, don't expect it to compete with Xiaomi's Redmi 5 Pro, which is powered by a more powerful Snapdragon 636 chipset.

The Moto G6 has a powerful speaker. It is ideal for watching silly phone review videos on YouTube. For enjoying music or movies, you can bank on the tried and trusted 3.5mm jack. The Moto G6 offers good sound output, but nothing worth going gaga over it. 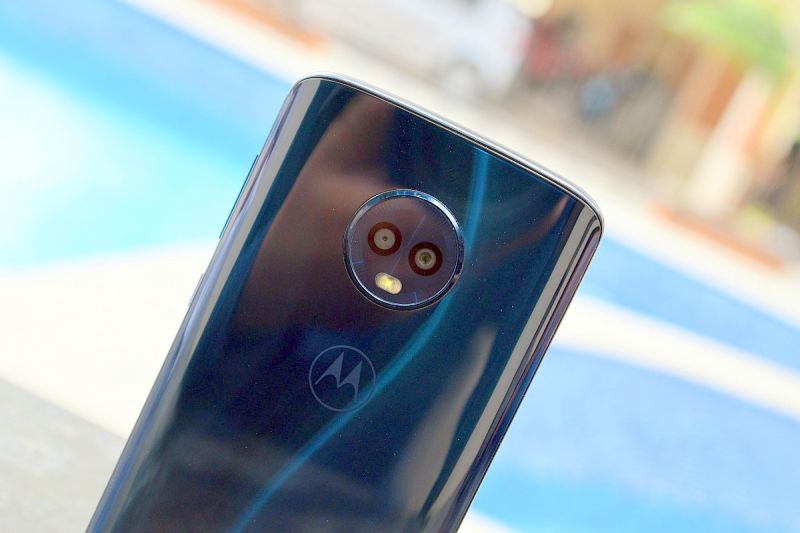 The Moto G6 is a dual-SIM device with 4G and VoLTE support. There's a catch though — you can't actively use 4G connectivity on both the SIMs. We did face call drops in Hyderabad. But that's due to Airtel's horrendous network, which sucks on every smartphone we used. 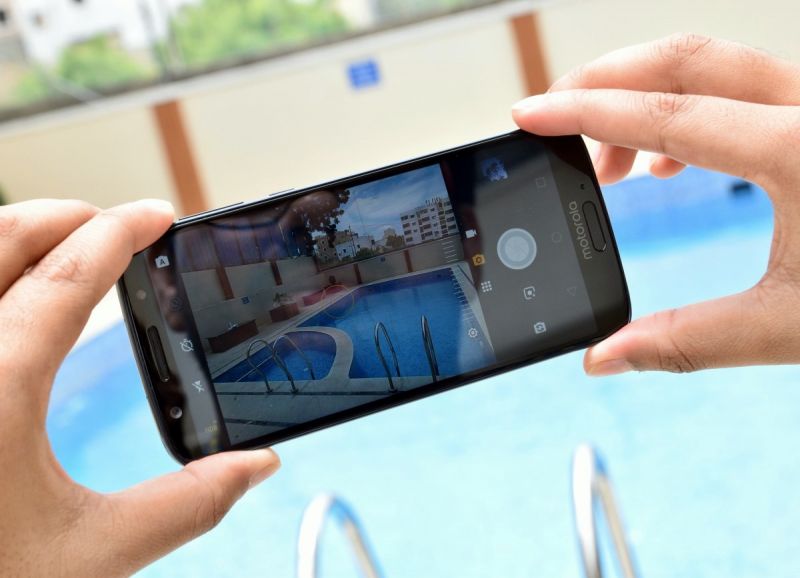 The Moto G6 flaunts a dual-camera setup. It comprises of 12MP + 5MP sensors. The 12MP RGB sensor snaps the subject, while the 5MP sensor captures depth information. Of course, that's used for the portrait mode, which blurs the background for artsy feel. 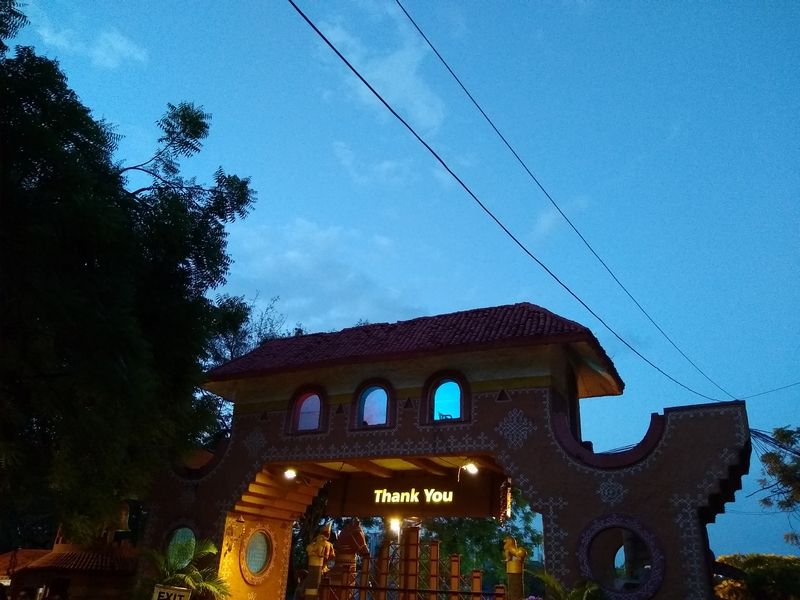 When it comes to taking snaps, the Moto 6 is quick to lock focus. In good lighting conditions, pictures contain sufficient detail. Colours look rich and the noise levels are acceptable. With the help of slow shutter, the Moto G6 can take decent low light images. But since the phone lacks Optical Image Stabilisation (OIS), you require steady hands. 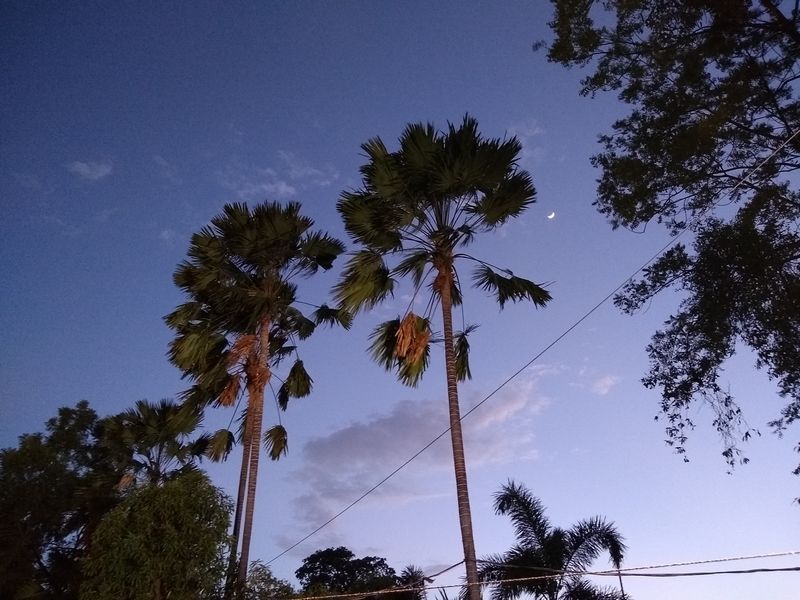 Full HD at 60fps is max you get in terms of video recording. 4K video recording is too much to ask at this price range anyway. The quality of the clips turns out to be good. You get plenty of detail and rich colours. However, due to the lack of OIS, the videos end up being jittery. 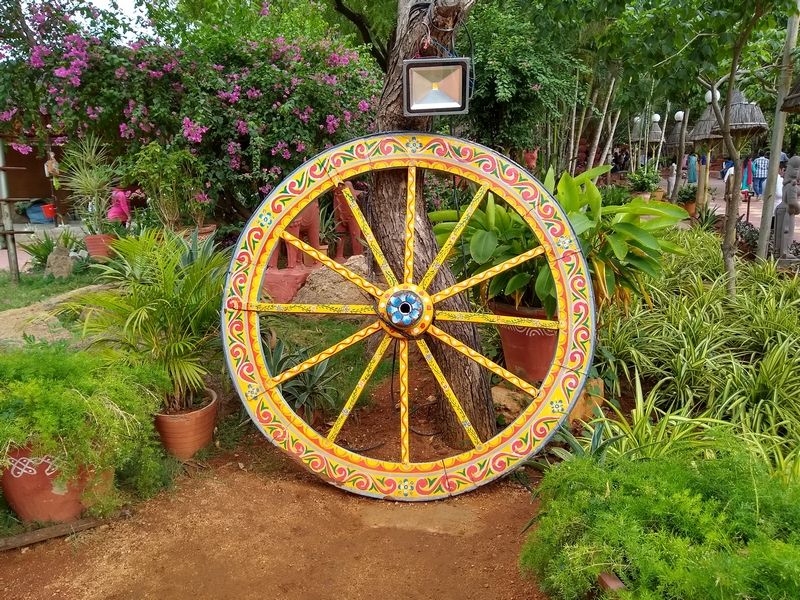 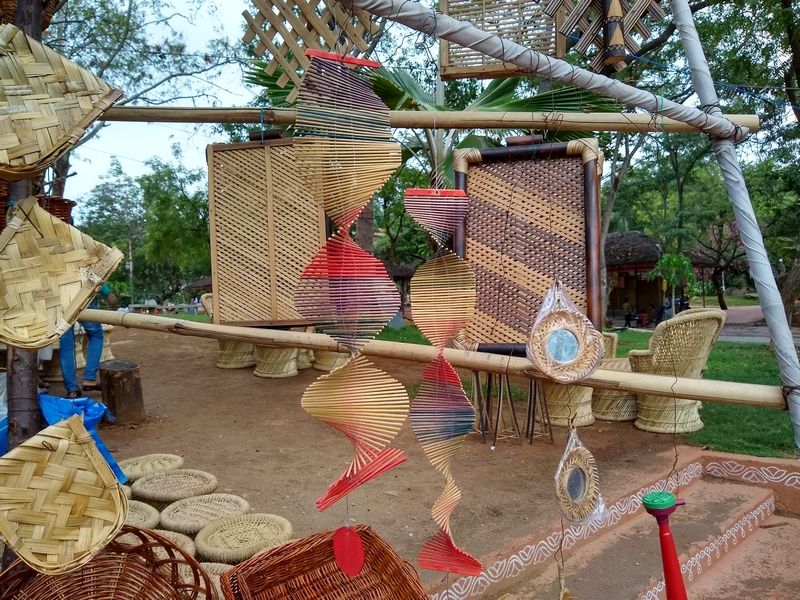 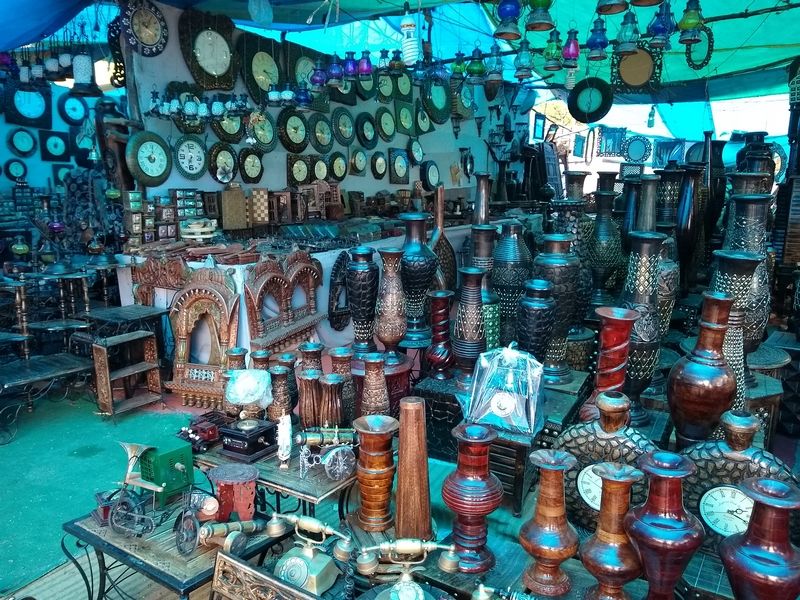 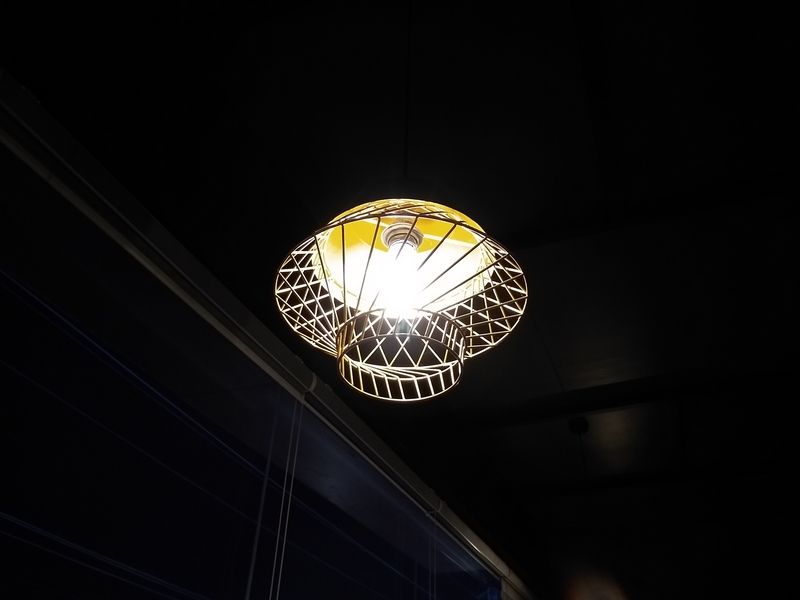 The phone's 16MP camera has an LED to keep a company. For better results, the Moto G6 employs pixel binning technique. Hence, shots are saved in 4MP by default. You can manually change it to 16MP, but we have noticed that the default mode produces better results.

The Moto G6 packs in a 3000mAh battery. With moderate use, it lasts for a day. You should be fine as long as you don't forget charging the phone every night. Thanks to the Turbo fast charging, the battery takes under a couple of hours to top up a battery.

The Moto G6 is a good phone. It offers pleasant user experience and has a competent camera. The build quality is quite solid. Unfortunately for Lenovo, "good" is not good enough these days. Especially, when the brilliant Redmi Note 5 costs only thousand rupees more than the base model of G6. Or if you wish to stick with Motorola, hold off your purchase till the Moto G6 Plus hits the stores. There's a good chance that the launch of Plus model may lead to a price drop for the Moto G6.