With a display measuring 6.44-inch, the phone feels sizeable, especially for someone who finds the 5-inch form factor harder to use.
Rating:

Why do you prefer watching movies in a theatre? It’s because you like enjoying the hard work of the filmmaker on a bigger canvas with minute details. With technology evolving at a rate faster than the earth heating up with toxic gases, a handful of consumers are expecting a bigger viewing experience with regards to their everyday appliances and gadgets. That is why manufacturers like Samsung and LG make TVs that measure equal to the wall of a medium-sized bedroom. For portable devices, there are tablets in the form of Apple’s iPad or Samsung’s Tab S3 to enjoy Netflix or games on a screen that's bigger than a regular smartphone.

However, for those living under a rock, there exists a category of devices by the name of phablets that aim to provide the best of both worlds — the smartphone as well as a tablet — without compromising on the big screen experience. Samsung’s Galaxy Note series glamourised the lineup catering to the upper end. Various other manufacturers cater to the lower end as well, with the same aim of making it big for the consumers. However, most lower-end phablets end up becoming seriously underpowered devices with poor specifications and a build that is not ergonomic.

All that changed with the Mi Max – Xiaomi’s first offering in the phablet segment. The phone has appreciable guts, a well-built exterior and a price that could let the entry-level buyer afford one easily. Soon though, the competition caught up and started eating up into the success of the Mi Max. Therefore, to re-establish the benchmark, Xiaomi took to the drawing board and came up with its sequel – the Mi Max 2. Eager to see whether this can capture the achievements of the original one and outshine the competition, we took it for a spin. 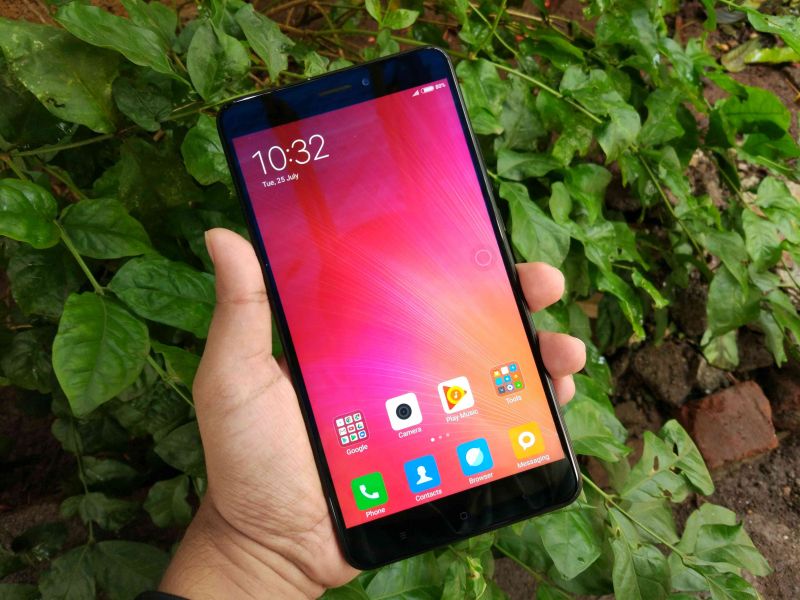 First things first – the Mi Max 2 is the 'same' huge, similar to the original Mi Max. With a display measuring 6.44 inches, the phone feels sizeable, especially for someone who finds the 5-inch form factor harder to use. 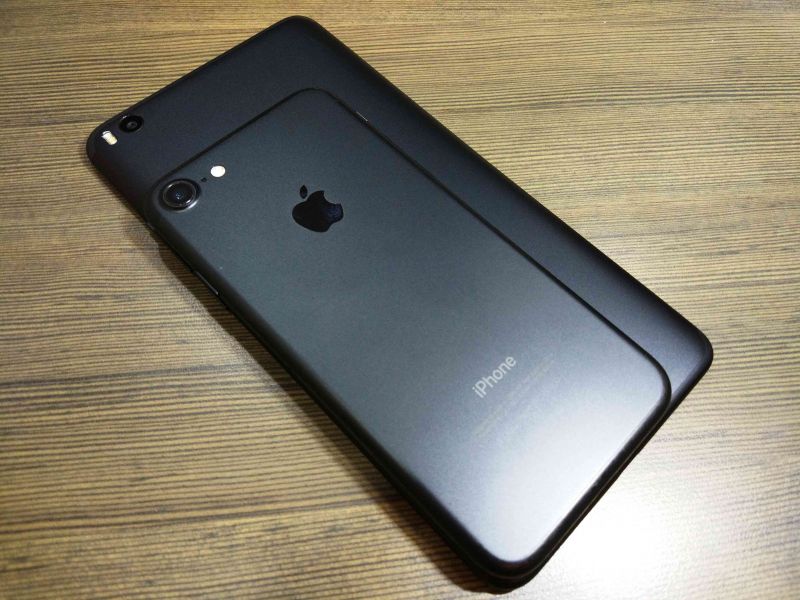 The Mi Max 2 engulfs the iPhone 7 with its massive dimensions.

That said, Xiaomi has worked extensively on the device to make it more ergonomic than the previous one; which is why you find slimmer bezels on the front and a curved edge to the rear. With the 2.5D glass, the phone is more rounded than the original Mi Max and is surprisingly easier to use with two hands. 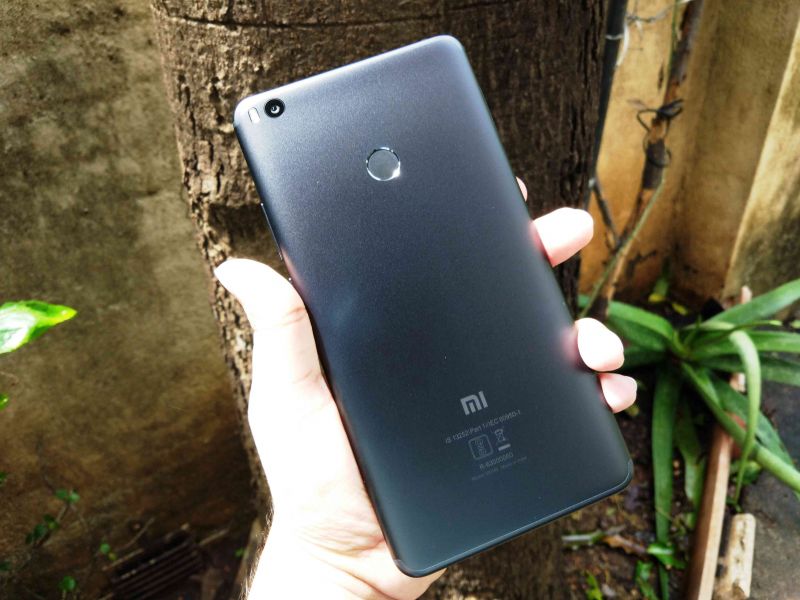 The Mi Max 2 utilises a smooth-finish aluminium chassis for keeping the weight under control. The antenna bands are mounted to the top and bottom edges in a fashion similar to the iPhone 7. Since India only gets the matte black variant, the Mi Max 2 looks clean and smooth at the rear, especially with the camera module sitting flush with the body. Do note that the soft-touch finish on the rear makes the Mi Max 2 slippery. 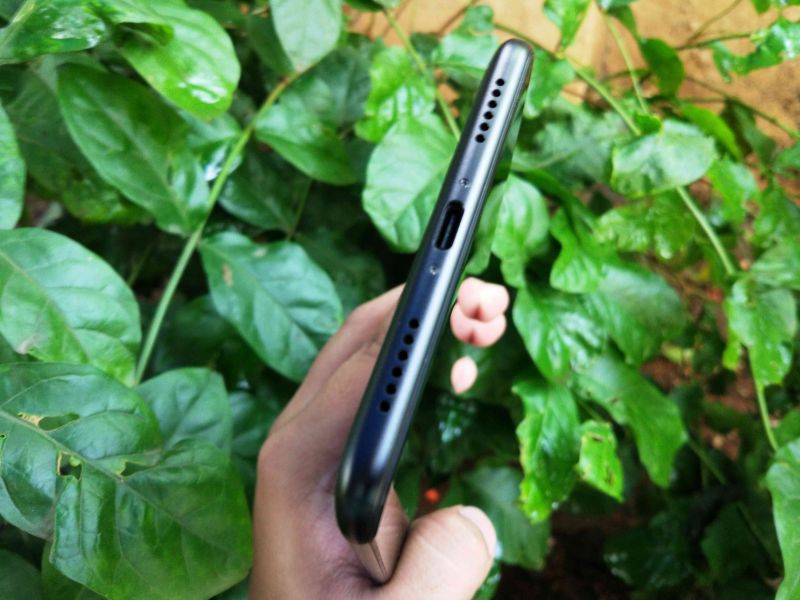 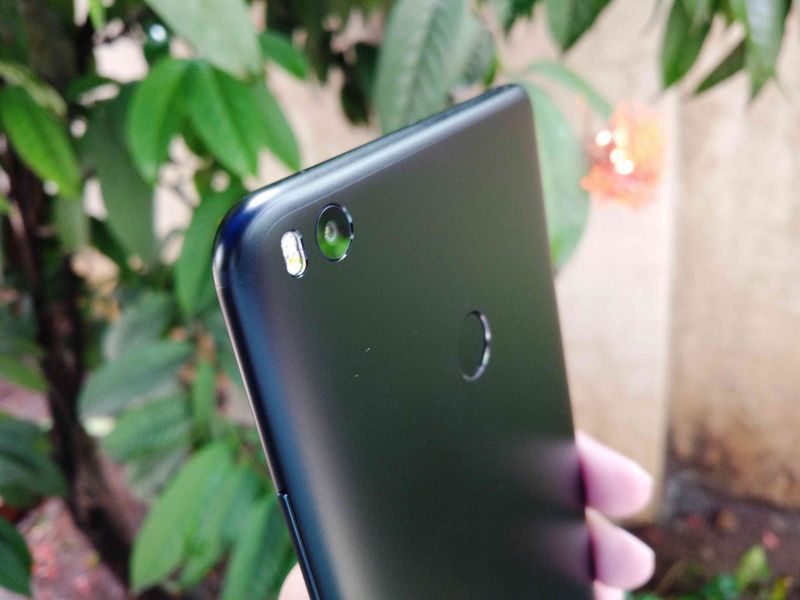 The Mi Max 2’s major draw is its large display. The 6.44-inch full-HD IPS LCD display on the Mi Max 2 is a joy to use. The screen is responsive and the display can be viewed from all angles. It renders vibrant colours as well as respectable contrast. 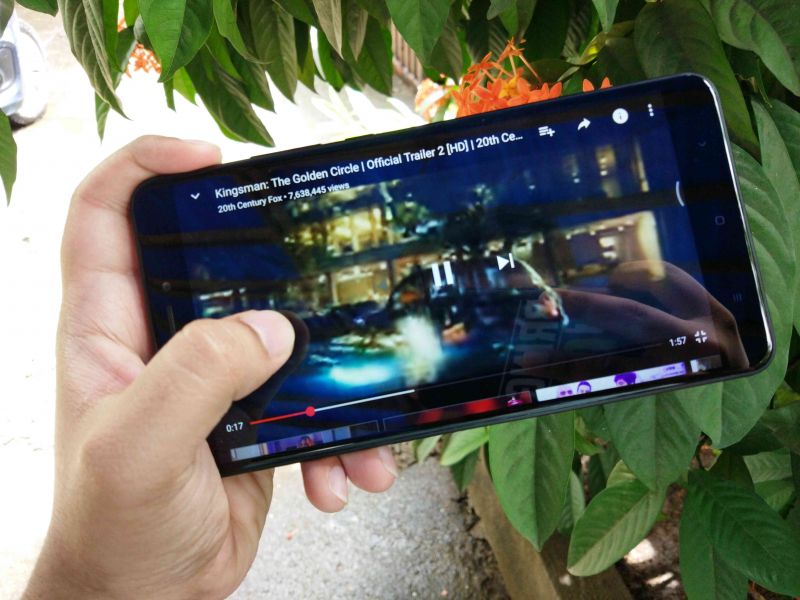 To compliment the big display, Xiaomi has built-in a powerful stereo speaker setup — the earpiece acts as the left speaker in the stereo setup. While watching YouTube or Netflix in busy surroundings, we never really required the use of a headphone – the speakers are pretty loud. While being highly vocal, they manage to retain a majority of the frequencies and provide a good level of bass as well, which probably means – bye-bye external speakers. In short, the Mi Max 2 is a complete mobile entertainment package for those on the move. 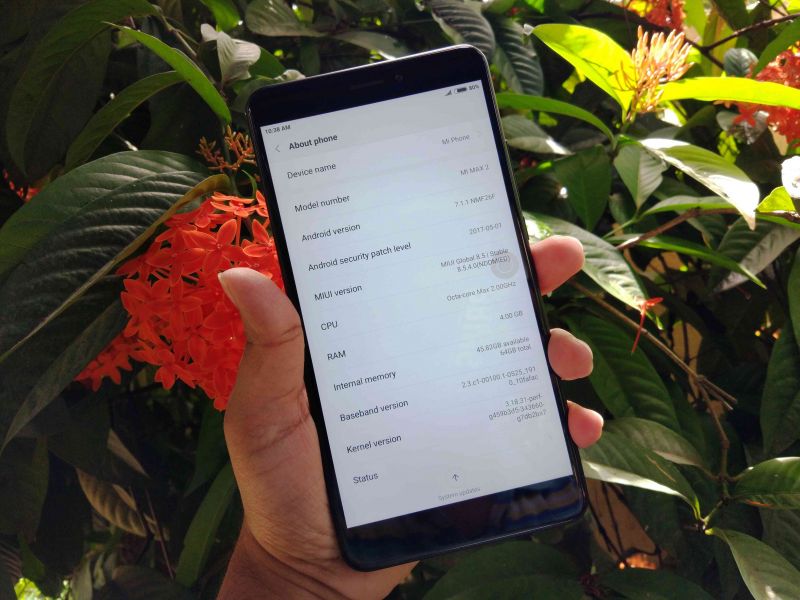 Under the hood, the Mi Max 2 is actually a Redmi Note 4 – A Snapdragon 625 SoC, 4GB of RAM and 64GB of storage. Therefore, you won't find faults with the device’s performance. Even though it runs a heavily modified version of Android Nougat 7.0 — MIUI 8 — the smartphone shows no lag in usual everyday tasks.

The user interface is quick, and thanks to 4GB RAM the phone can actually retain mid-to-high-end games with ease. However, Xiaomi should have introduced the split screen multitasking out of the box, which is a part of stock Android 7.0. Xiaomi states that the split-screen feature is presently under development and will be rolled out soon. 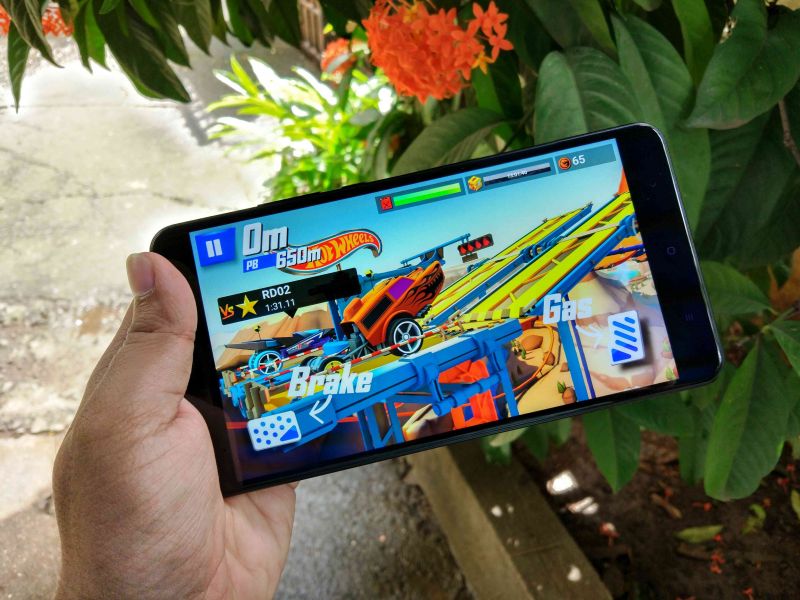 In terms of gaming, the handset manages to pull off most of the games that you throw at it. From casual games like Temple Run 2 and Angry Birds 2 to demanding games like Asphalt 8 and Need for Speed No Limits, this behemoth managed to eat, burp and be ready for more. While we saw no drop in frame rates, we encountered medium graphical textures as the Adreno 506 GPU is made for mid-range performance. 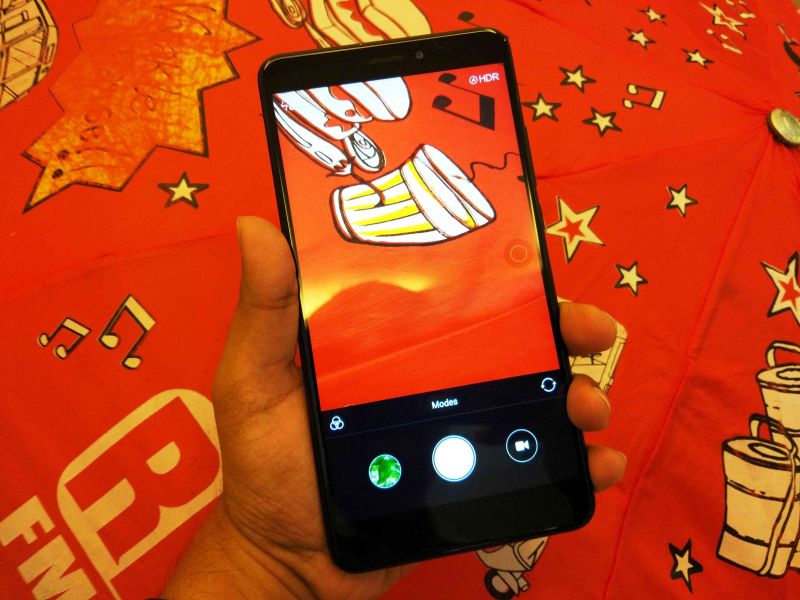 A great display should compliment a good camera. Therefore, you will find the 12MP f/2.2 wide-angle sensor being used here, which is the same from their Mi 6 flagship. Despite being a single lens camera, the image quality is commendable. If you have checked out the camera performance on the Redmi Note 4 you will find better brightness, white balance and near-accurate colours on the Mi Max 2, as compared to the former. 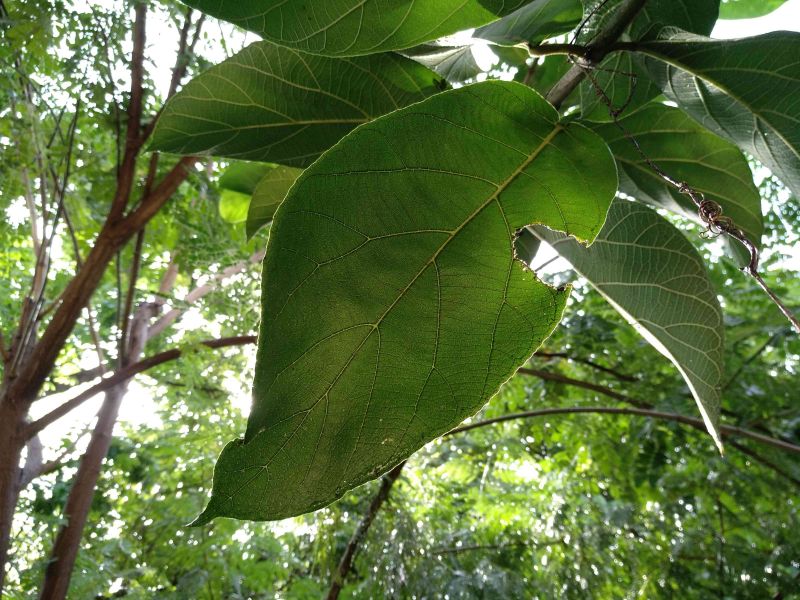 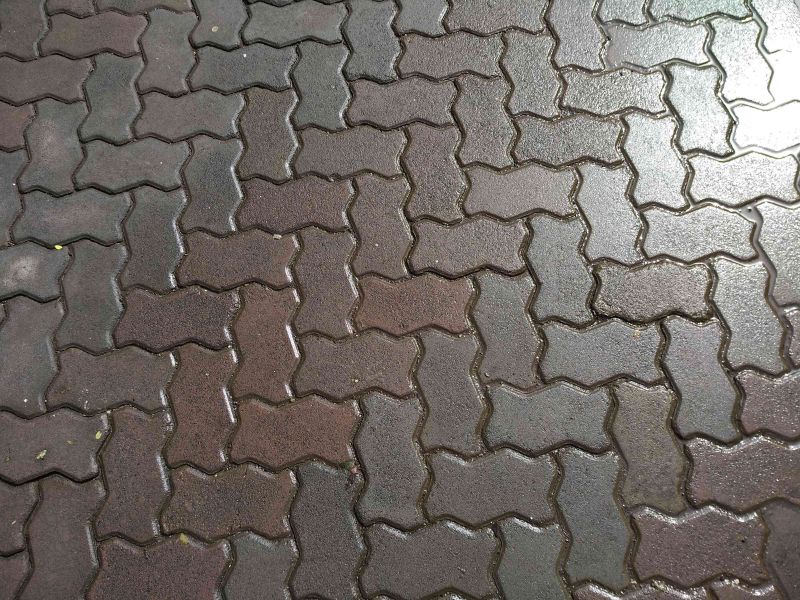 The camera won't dissapoint when it comes to capturing details. 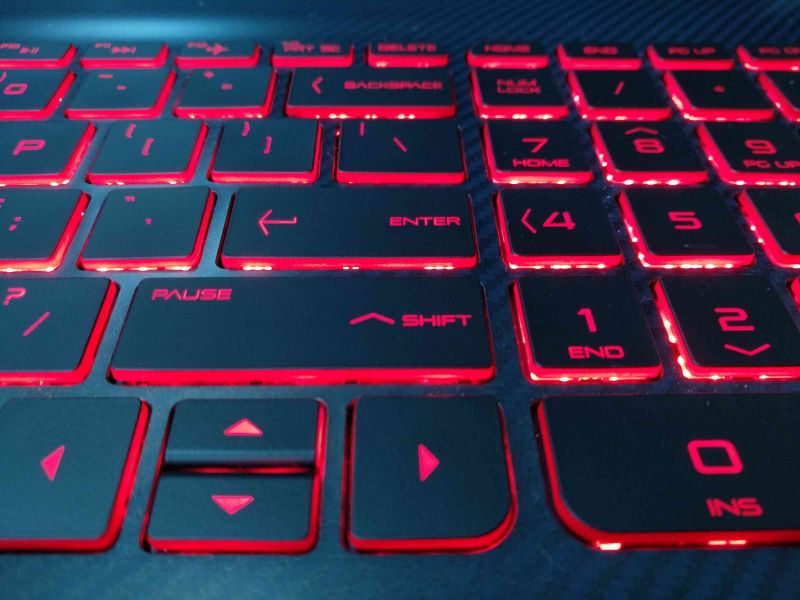 We found that the Mi Max 2 is one of the few phones that manages to capture proper reds.

However, the camera underperforms in low-lighting conditions as well as indoors — there's a lot of noise captured in the images. You will find grainy areas as the camera tries to boost the exposure to a level that the hardware is incapable of controlling. Additionally, the lack of Optical Image Stabilisation (OIS) means you would need steady hands while shooting. 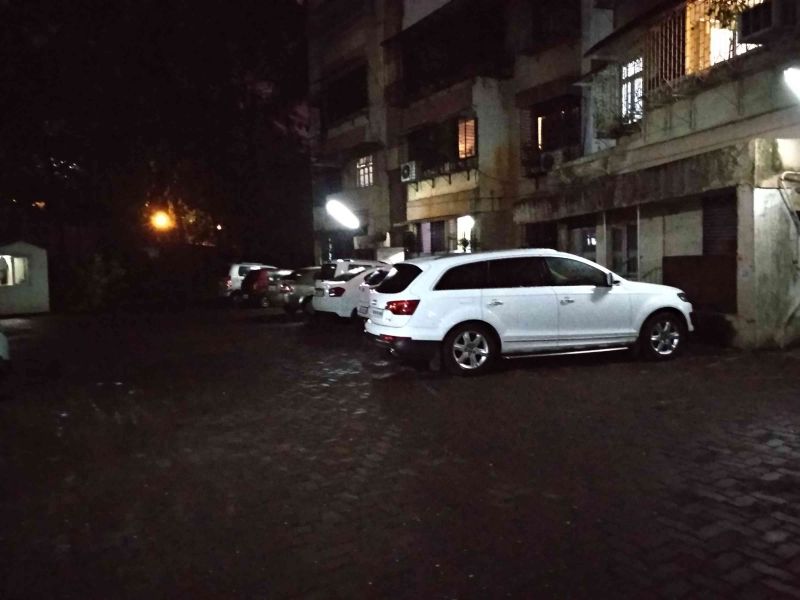 To enhance brightness, increased exposure captures a lot of grains. 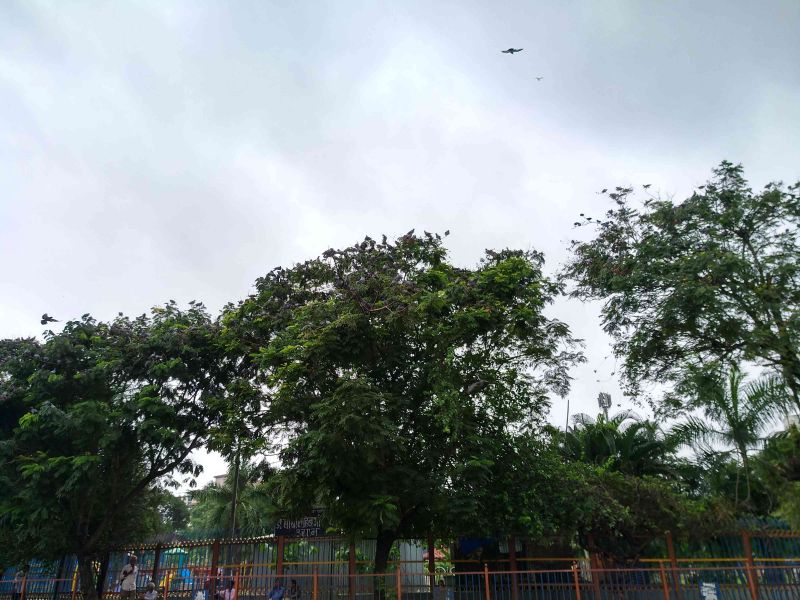 Overcast conditions don't affect the quality of the image.

As for the front camera, it’s a standard 5MP sensor with an aperture of f/2.0. It would be safe to say that the front shooter is average at its best in good lighting conditions. We feel that Xiaomi could have used the front shooter from the Mi 5 flagship, which we find performing better.

To fuel a giant display, powerful speakers and a performance oriented chipset for the longest time possible, Xiaomi has generously plugged in an enormous 5300mAh battery. This power reserve is more than the base-level power bank that Xiaomi currently sells (5000mAh). With a power-friendly 14nm processor and Android Nougat’s power saving feature, the Mi Max 2 easily manages to pull through two and a half days on average usage, which involves casual social networking, video streaming, usual gaming and  a little bit of photography. 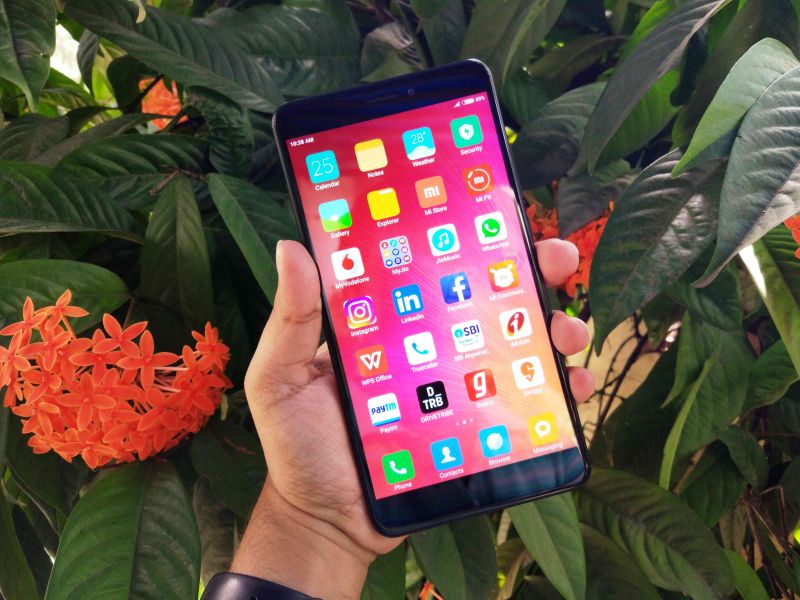 Many were worried about the prolonged charging periods on the Mi Max. The Mi Max 2 solves this issue as Qualcomm’s Quick Charge 3.0 fast charging technology comes to the rescue. The fast charging is aided by the USB Type-C port. Also, an efficient processor means that you seldom see the Mi Max 2 warming up on extended sessions of full-scale gaming. 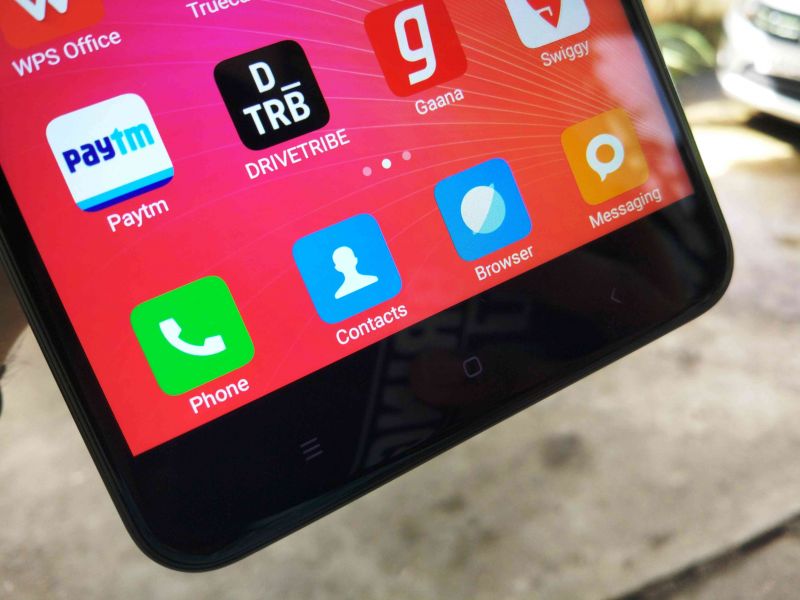 So, after our 'maxed' out take on the Mi Max 2, you would surely like to know one thing – should you consider buying it? Well, if you want a big display, with a good audio setup, longer battery life, an impressive build and an easy-to-use software, then the Mi Max 2 is definitely a recommended buy, especially at a bargain price of Rs 16,999. Even for those who don’t fancy its dimensions, the Mi Max 2 will still manage to please them with a few features such as battery life and camera. To sum up the whole experience, the Mi Max 2 is nothing but a longer-running, new, refreshed Mi Max with the internal guts of a Redmi Note 4.