The rear is where the magic will happen and these are the reasons for the drastic increase in price of the Galaxy Note 10 Pro.

The Samsung Galaxy Note 10 Pro is easily one of the hottest handsets to date, even though it hasn’t even been officially unveiled. The handset is expected to pack some amazing features and chief of which are the cameras. This is the reason why the upcoming Samsung flagship will command the price tag it will sell at.

As per a report by SlashGear, the Galaxy Fold will continue to have the honour of the most expensive Samsung handset; at least till the end of this year and following it closely will be the Galaxy Note 10 Pro. This handset is expected to hit shelves in late August and various features have been leaked. The report states that the Galaxy Note 10 Pro, the larger of the two devices will come with a 6.75-inch display and it has been tipped to come with a 90Hz refresh rate. The display is said to not be very expensive so including it would not really raise the cost of the handset.

The handset is expected to come with the slimmest bezels ever on a Galaxy device and under the hood, there should be an Exynos 9820 chipset. The battery on the top-of-the-line version is believed to be 4500mAh and will be capable of 45W fast charging. The handset will also have an S Pen fitted in it and there should not be a significant improvement to it from last year’s model. 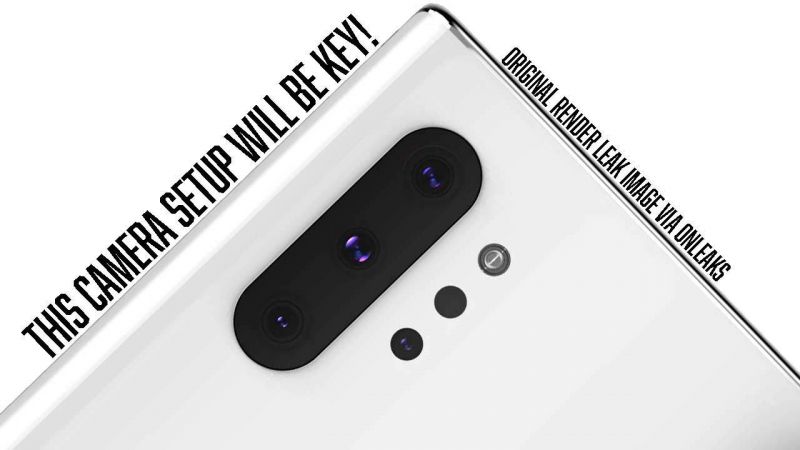 The rear is where the magic will happen and these are the reasons for the drastic increase in price. The rear cameras will be assisted by a ToF sensor that will bring about new functionality to the Galaxy Note 10 Pro. This 3D Depth sensor is similar to what front-facing cameras use for Face Unlock and at the back, it will unlock Samsung’s Make and Play 3D system that will help with Augmented Reality and in-phone 3D features. The Galaxy Note 10 Pro is tipped to capture spatial, depth, and distance with sensors on its backside camera array. The other handsets that feature this capability are the Galaxy S10 5G and the Galaxy A80.

The handset also plays home to an LED flash and sitting below it is a flood illuminator. The left of these features are sensors for primary, wide and telephoto lens. These camera features were first posted to Weibo before being deleted and other sources have confirmed it to be true.

The camera configuration is said to be:

The Samsung Galaxy Note 10 Pro is said to come with similar cameras as the Galaxy S10 5G, which is by and large a very expensive handset. So, the possibility of ruling out a premium version of the Galaxy Note 10 Pro is still on the cards. SlashGear goes on to state, “With the high-end array of cameras and sensors at the back, a larger-than-ever Infinity-O AMOLED display up front, and the robust set of features we’ve come to expect from the Galaxy Note in general, the Pro will certainly make a strong attempt at justifying its large cost.”

The Galaxy Note 10 is expected to be launched on August 7, 2019, and will be up for pre-order sometime within the same week.