The Redmi 6A is a quality product that aims to offer a satisfactory smartphone experience even for a measly price tag.
Rating:

Last year, Xiaomi surprised everyone with the Redmi 5A — an entry-level smartphone that got the basics right. What was even more astonishing was the cost — a starting price of Rs 4,999 (an introductory price for the first few months), which begged our belief for offering a fully functional Android smartphone with all the bells and whistles from their feature-loaded MIUI OS. Without doubt, then, it was easily the best selling Android smartphone in the world for the first two quarters of 2018.

Xiaomi now has rolled out its replacement — the Redmi 6A. Touted to be better than its predecessor in many aspects, the 6A will mark the entry for first-time smartphone buyers into the world of Android with a feature-loaded custom OS and superior hardware. You can get the base version with 2GB RAM and 16GB storage for Rs 5,999, and if you want twice that storage, you will have to shell out Rs 6,999. However, at this price, there are a lot of options available from many Chinese brands and a slew of Android Go smartphones from Nokia and Micromax. Therefore, does the Redmi 6A command any kind of superiority over its rivals? We find out. 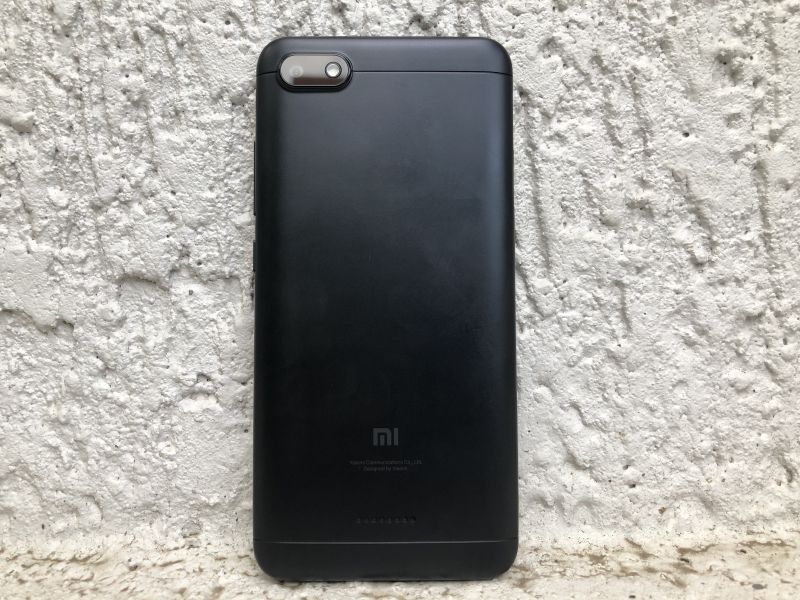 The first rule for doing budget smartphones is to save on material costs where it’s unnecessary. The 5A had a solid all-plastic build and the 6A is no exception in 2018. The plastic unibody looks robust and could easily do without a case. The rear is reminiscent of the pricier Redmi 6, especially with a rear-mounted loudspeaker and a single camera module that resembles a dual camera system. There isn’t a fingerprint sensor yet on the 6A, whose absence is felt greatly on a day-to-day basis. The rear curves slightly towards the edges, ensuring a comfortable grip for longer sessions. 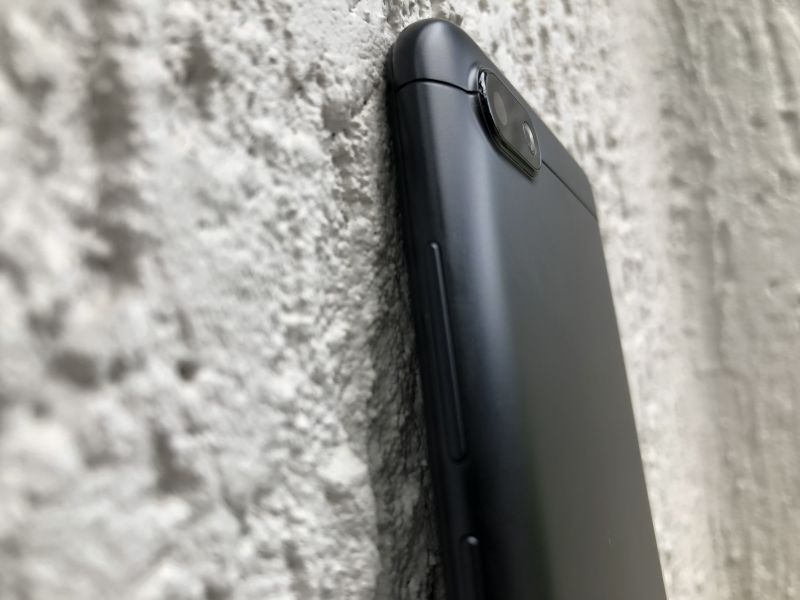 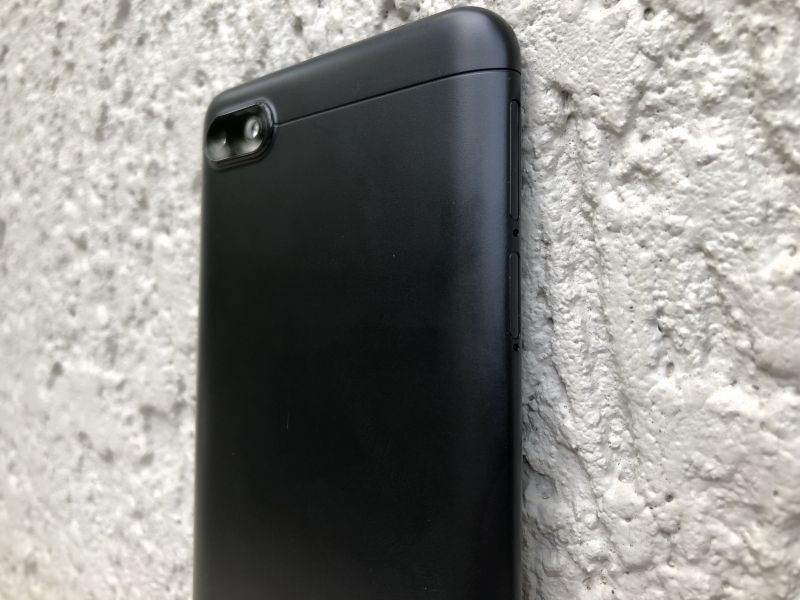 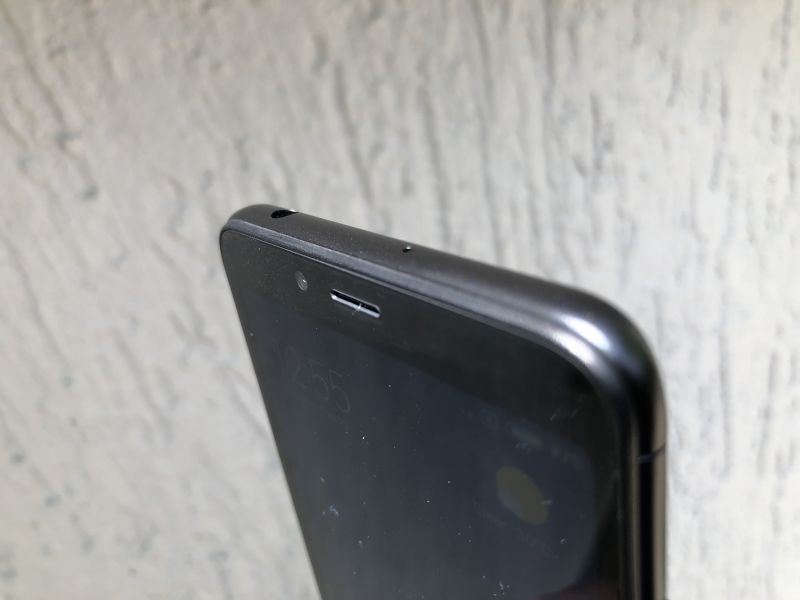 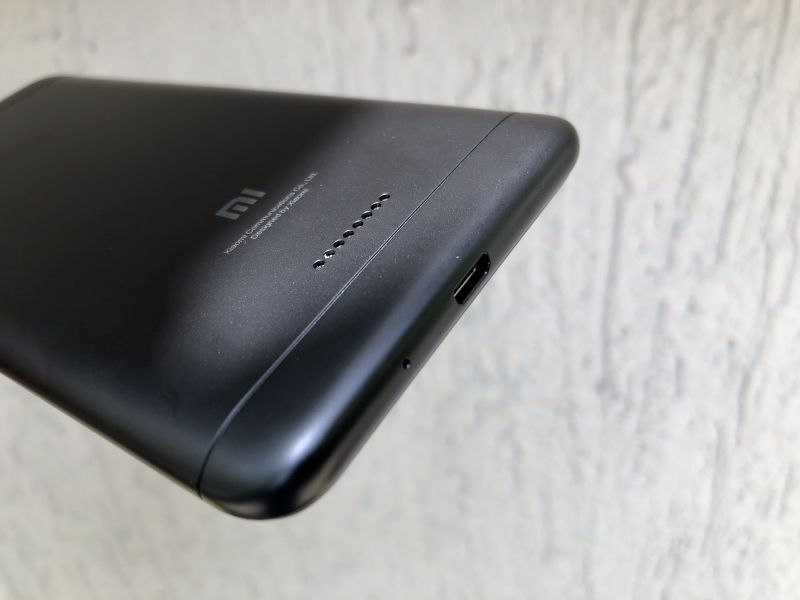 There’s a Dual SIM tray with a dedicated slot for expandable storage, which supports dual VoLTE dual standby — useful for subscribers of Reliance Jio and Airtel’s VoLTE services. The secondary noise cancelling microphone stays but sadly, the IR blaster is gone. The front is dominated by a modern 18:9 display that measures 5.4-inches — a welcome upgrade from the predecessor. The overall dimensions are compact, making it easier to use single-handedly while on the move. 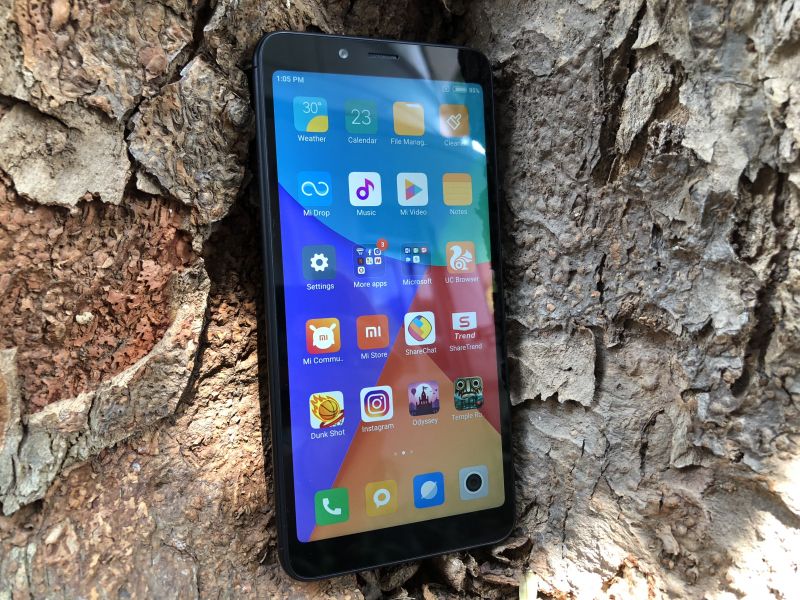 At 5.4-inches, the Redmi 6A offers a reasonably large display for its price. With an aspect ratio of 18:9, there’s more screen and lesser bezel. The LCD panel in itself is adequately sharp, rendering images at a resolution of 720p. The dynamic range isn’t very vibrant and the contrasts are average, but at a lower price, it is justifiable. Sunlight legibility is acceptable while the viewing angles make the Redmi 6A good enough for a sharing the display with a maximum of two people.

The new Redmi 6 series reintroduces the MediaTek chipsets to Xiaomi’s stable after a long while. For the 6A, Xiaomi has opted for Helio A22 chipset, which is MediaTek’s latest offering for budget smartphones. It consists of four Cortex A53 cores clocked at 2GHz, which indirectly spells a choice of better battery life over raw performance. The 12nm fabrication also makes the Redmi 6A the only budget smartphone to offer a technically advanced SoC when compared to the competition relying on older versions of MediaTek or Qualcomm chips. There’s 2GB of RAM as standard and Xiaomi’s proprietary MIUI 9 on board. 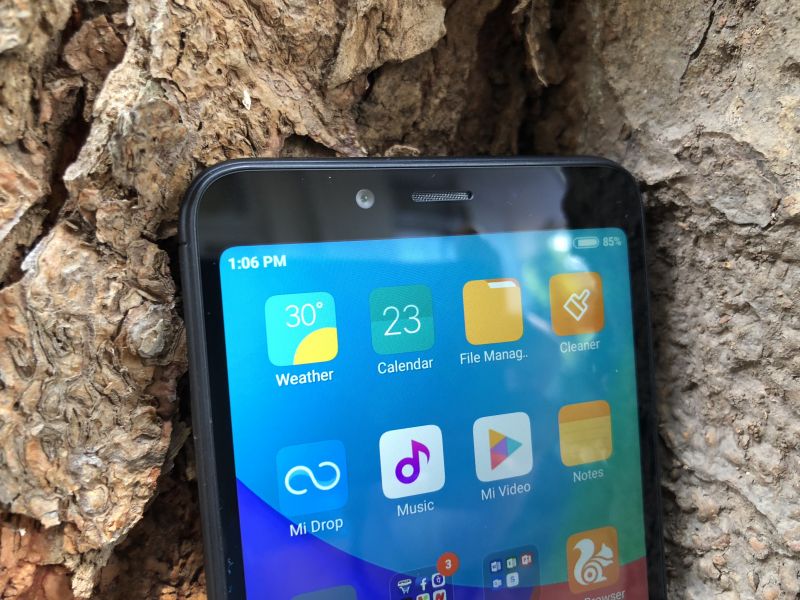 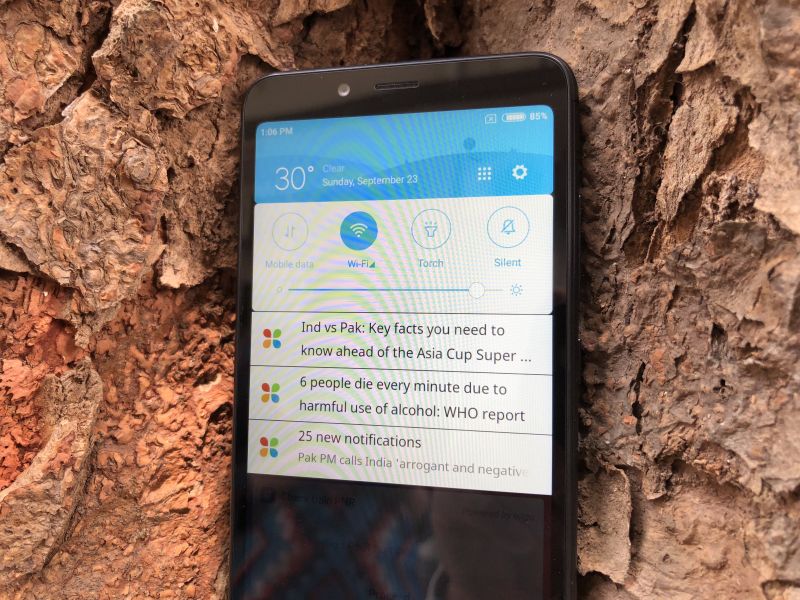 Out of the box, the Redmi 6A is usually fast. However, once you start loading it up with apps and games, the stutters become noticeable. Multitasking isn’t recommended on the 6A at all — we could barely use WhatsApp while all the apps were updating in the background. Casual games such as Temple Run 2, Subway Surfers,  Candy Crush Saga, Alto’s Odyssey and other similar titles mostly run smoothly though. It seems that the present version of MIUI 9.6 isn’t well optimised for the hardware, which is why the phone is showing signs of struggle on the home screen. With MIUI 10 promised soon, we can expect improvements in terms of agility. 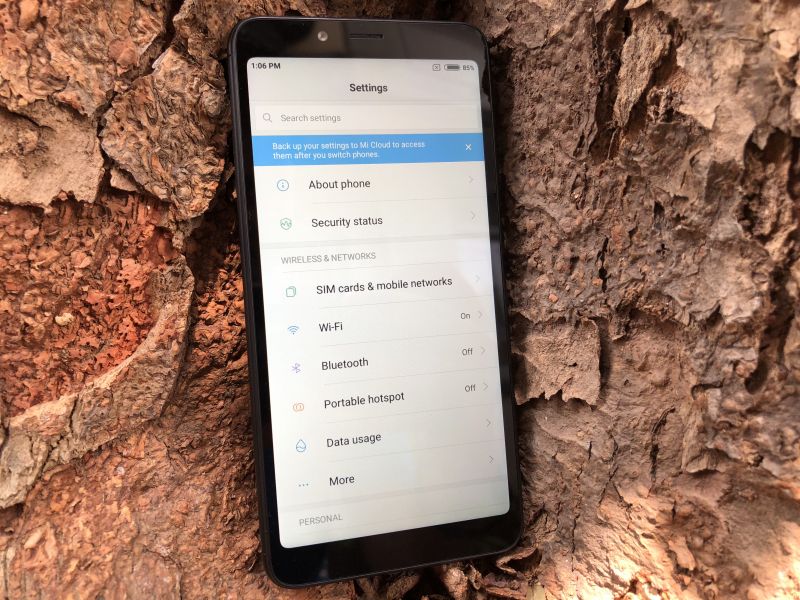 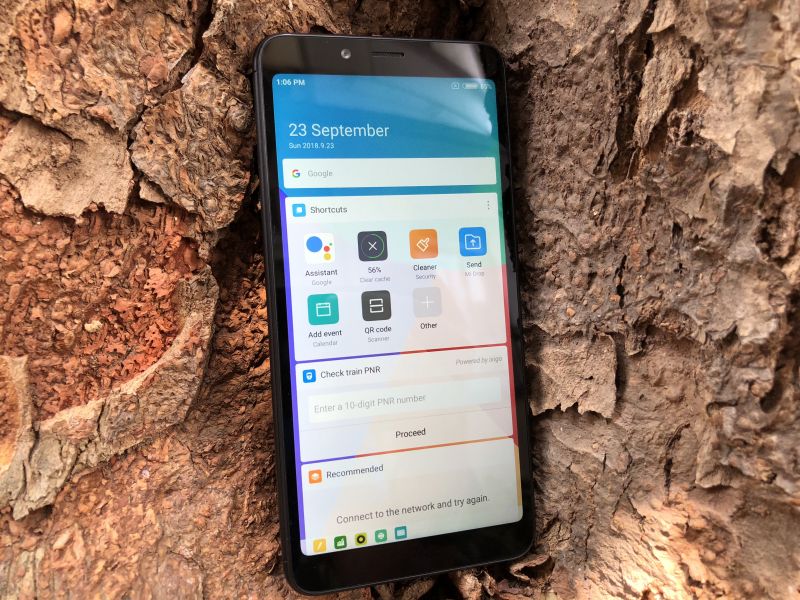 Since we are discussing MIUI, Xiaomi’s proprietary OS is feature packed to the brim with tonnes of customisation options and productive features. You can suit yourself to various kinds of themes from the Mi theme store or choose the levels of security from the Security app. You can decide the amount of access each app should exercise or let MIUI figure out the best way to restrict unimportant apps from draining the battery. There’s a face unlock system as well, which works decently when there’s ample ambient light — you have to rely on the pattern or passcode systems for unlocking the phone in low lighting situation.

This where the Redmi 6A borrows from its parent. The 13MP rear camera takes decent shots in broad daylight with a rather average dynamic range and contrast. The details also go for a toss as the ambient lighting starts dimming. The major addition to the 5MP front optics is the new portrait mode, which relies solely on the chipset’s AI computational power to render bokeh effects. For most parts, then the edge detection works pretty well on the subject and the blurring doesn’t seem imposing. 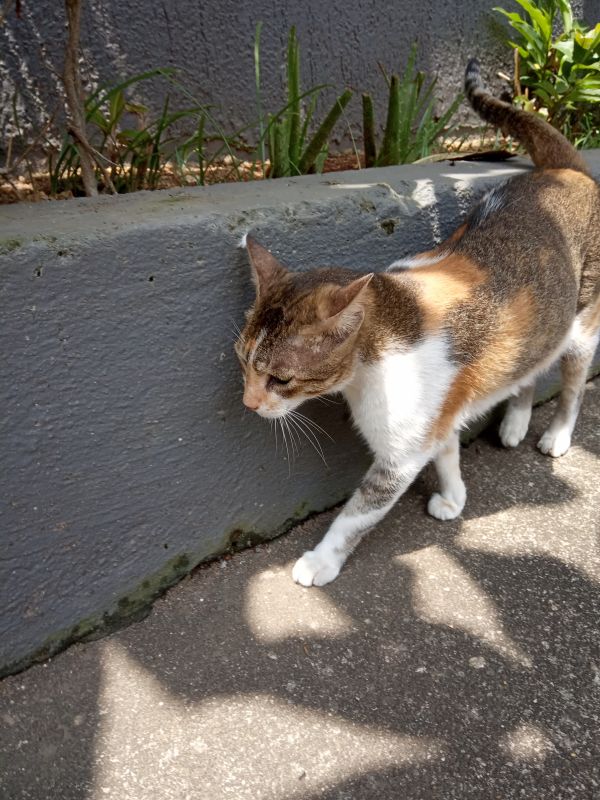 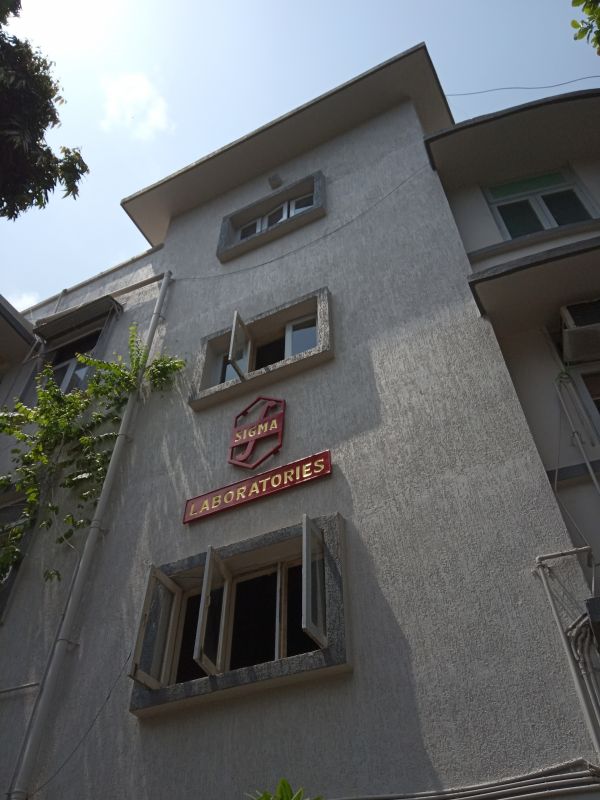 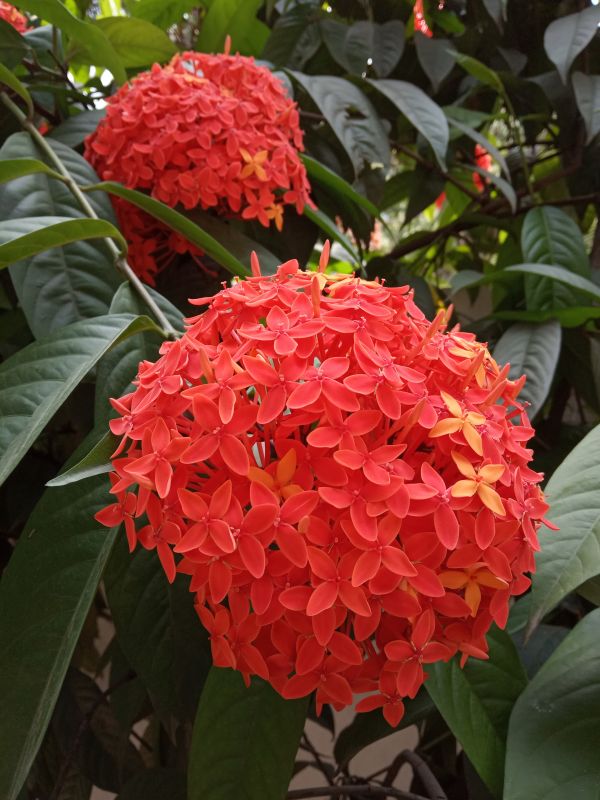 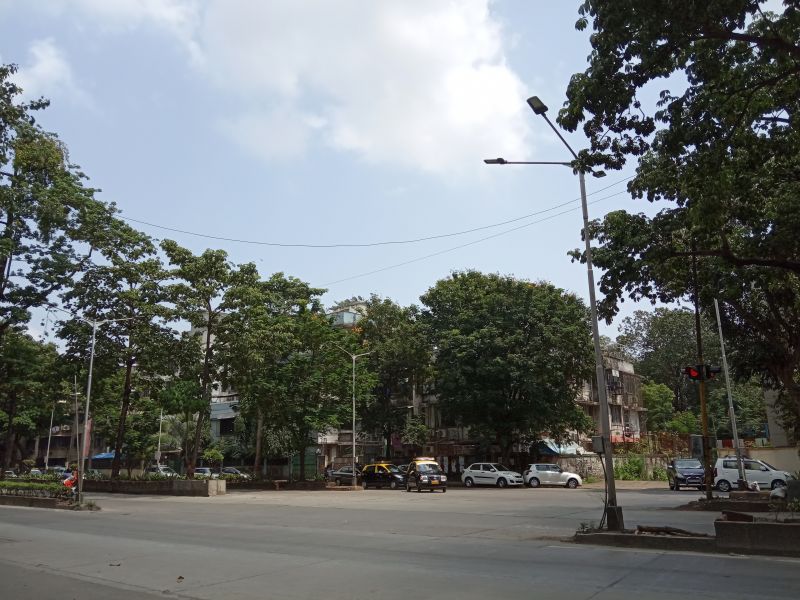 The 5MP selfie camera in general takes decent photos and with Xiaomi’s Beauty modes, it offers a lot to let selfie addicts play around. The bokeh mode also does a fairly good job of blurring the background. 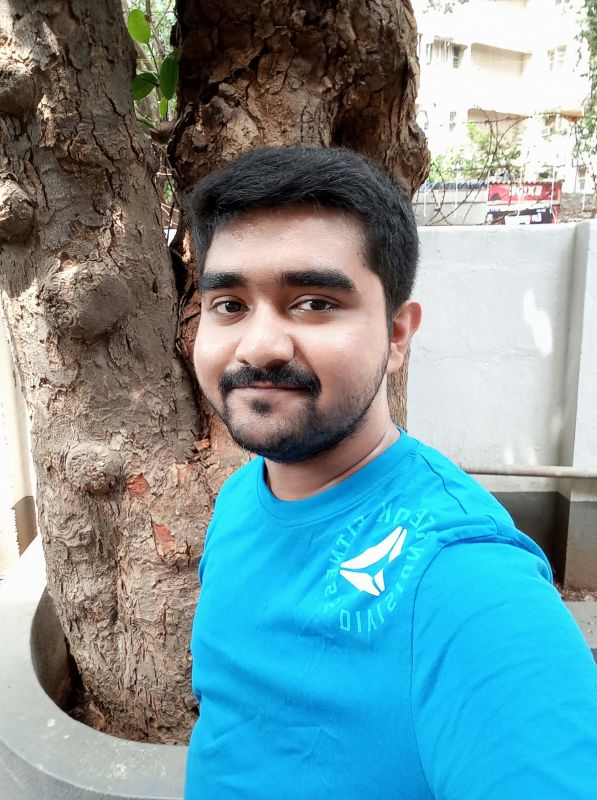 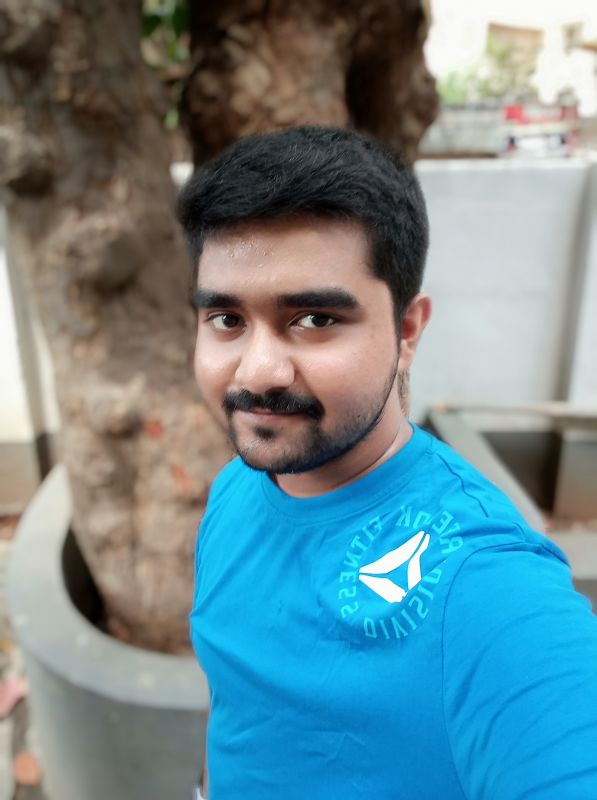 Similar to the Redmi 6, the 6A is also kept alive by a 3000mAh battery. Under moderate usage circumstances, which include texting, calling, browsing the Internet and social media, and occasional photography sessions, the Redmi 6A will manage to stay alive for at most an entire day. There’s no fast charging on board, which is why you should plan your charging schedules before the day starts.

The Redmi 6A is a pretty good deal if you are hunting for a smartphone that won’t bother your wallet. For entry-level smartphone users, the 6A is a considerable upgrade over the Redmi 5A, especially with a bigger display and a more powerful chipset. As a secondary device, it can easily go through the donkey-work of handling lots of calls and messages. MIUI single-handedly holds a lot of value for the Redmi 6A with loads of features. At this price, the competition is mostly offering Android Go devices with weaker specifications but the promise of faster updates to the latest version of Android. However, the Redmi 6A is a quality product that aims to offer a satisfactory smartphone experience even for a measly price tag. And for that reason alone, the Redmi 6A earns our recommendation.