The LYA-L29 represents the higher-spec Mate 20 pro while the HMA-L29 is the Mate 20. (Representational photo: Huawei Mate 10)

Huawei is likely to launch its pair of high-end smartphones – Huawei Mate 20 and Mate 20 Pro in October. While they are still a few days away, the smartphones have reportedly acquired EEC (Eurasian Economic Commission) certification. And, according to the EEC spec sheets bearing their models names, both the smartphones will get the latest Android Pie operating system. 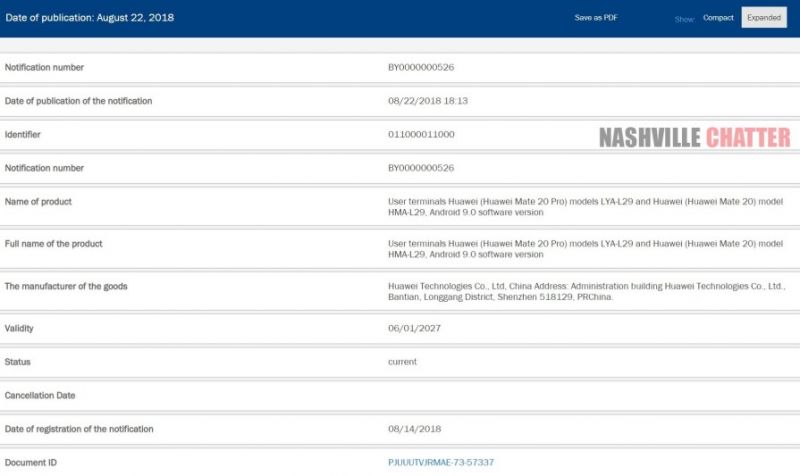 Other prominent thing to note about the devices is that they will be featuring a combination of three cameras as primary sensors. The Mate 20 will perhaps flaunt a 6.3-inch display while the Mate 20 Pro will go a notch higher and will get a 6.9-inch OLED screen. The latter is also expected to integrate in-display fingerprint sensor while the former will continue with the traditional rear fingerprint sensor.

As can be seen on the images, the names have been mentioned in the form of their model names. The LYA-L29 represents the higher-spec Mate 20 pro while the HMA-L29 is the Mate 20.

Under the hood, both the Huawei devices are expected to get the Kirin 980 SoC and the storage options may include 6GB RAM and 128GB internal storage. A hefty 4,200mAh battery will also possibly power both the devices.