AR/VR is finally here — on your phone!

Blurring reality: As of now other than the Asus Zenfone AR, only the Lenovo Phab 2 works with Tango.

Till fairly recently, Virtual Reality — the computer simulation of 3-D imagery which immerses users and let them control it — and Augmented Reality — enhancing the physical world with simulated sound, video and graphics — were out-of-reach options. After the first wave which included the flop Google Glass and the insanely-priced Oculus, things became more sensible; but the equipment was — literally — heavy handed. Now in recent weeks, the technology is finally trickling down to the rest of us, on the one must-have device, the smart phone.

Last week, Asus brought the Zenfone AR to India — the world's first smartphone that is both VR and AR-ready. It does this by cannily enabling two technologies from Google: the phone works with the recently launched Google Daydream View VR headset. It also incorporates the Tango standard to make it ready for Augmented Reality. This means it can track motion, gauge distances and establish one's precise position in the physical world.

The phone achieves this with a Tricam system of three rear cameras: a standard 23MP high resolution camera, augmented with another for motion tracking and a third for depth sensing. Together they enable the Zenfone AR to keep track of its location as the user moves it in a three-dimensional space. The phone augments the depth camera with infra red laser (as in a TV remote) and converts the time taken to hit an object and bounce back, into distance. 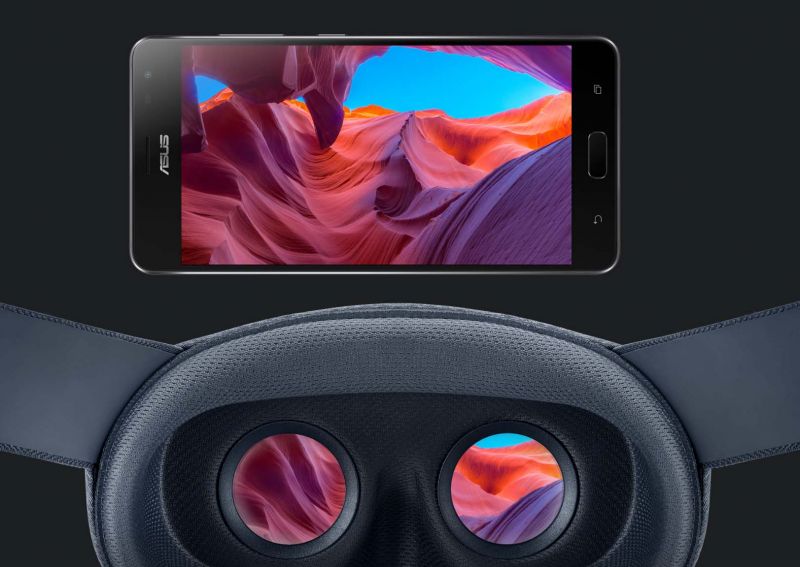 For true AR, you need superior image display and audio — and this phone provides, with a 5.7-inch better-than-2K HD super AMOLED display (1440 x 2660 pixels) and theatre-quality DTS sound. AR imagery calls for heavy number crunching and the phone has huge memory to do it — 8GB. The 128GB of storage, you can expand to 2TB, more than what most desktop PCs offer. The Qualcomm quad Snapdragon processor is optimized for AR/VR and the operating system is the latest Android 7.0. The dual SIM 4G LTE phone has all its muscle power in the rear: the front camera has a fairly standard wide angle 8MP lens.

We put the Zenfone AR through its AR paces with some typical use cases for work and play. We could measure the precise dimensions of furniture; 'insert' 3-D images of a new sofa and see exactly how it would look in an existing room. Only handful of free apps to do all this, are available at the Google Tango website. But we can expect to see a lot more in the Play Store as more devices are AR/VR ready. As of now other than the Asus Zenfone AR, only the Lenovo Phab 2 works with Tango. Other Daydream VR-ready phones are Moto Z and Google's Pixel phone. Samsung Galaxy S8 is slated to get a software update that will also qualify. But Zenfone AR is the only device today, that is both AR and VR-ready to the Daydream-Tango standards.

In the months, to come we can expect a growing list of handsets to offer owners the ability to slip away into a seamless world, switching at will between the real and the virtual. Here's to interesting — if confusing — times!