Google perfected the software the first two generations of Pixel and now could be willing to perfect the hardware with the third generation models.

If you have to pick up one of the best Android smartphones in the market, chances are that Google’s Pixel 2 XL will be one of the top contenders amongst others from Samsung and OnePlus in your list. However, if you want something close to a perfect Android smartphone, then the Pixel 2 XL is your only choice. Why? Because it’s made by Android’s parent and is one of the most practical smartphones you can buy today. However, Pixel phones have never been one of the best-looking devices, especially this year’s smaller Pixel 2. This might change with this year’s new Pixel model.

A few weeks ago, Google unveiled the beta version of the next Android and made it available on a wide range of devices for people to try it out before the final version is released later in the year. Several people, who have been trying out the beta software, have noticed that the illustrations for learning the new gestures on Android P depict a smartphone that hasn’t been seen on the market yet. First noticed by Slashleaks, the smartphone has almost no bezels and also lacks a display notch. Is Google hinting at the Pixel 3? 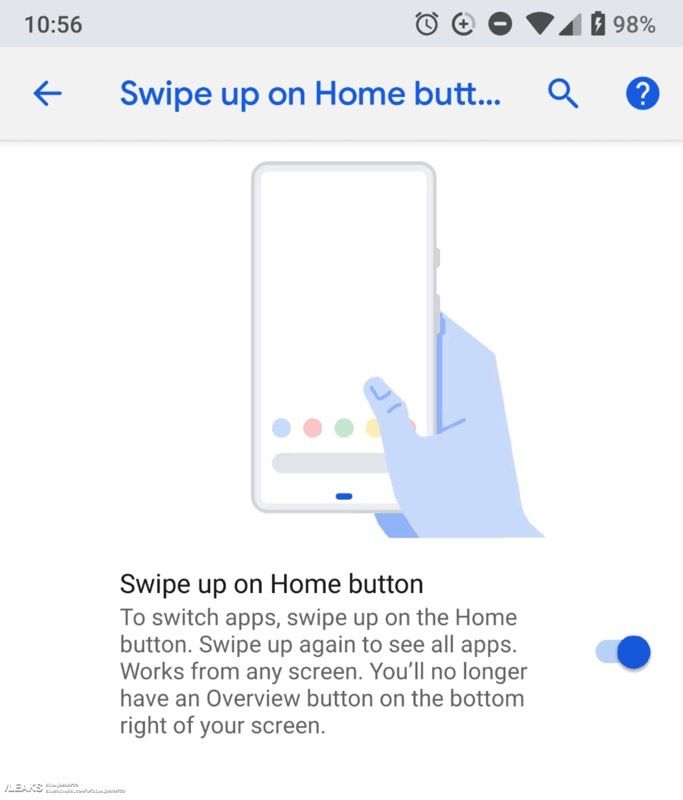 Bezel-less smartphones have been the trend for the past two years and Google itself made the move towards it with the Pixel 2 XL. However, if you have gone through several forums on the Internet, the display notch, which was first introduced by Apple’s iPhone X, isn’t welcome by users. Manufacturers are trying their best to achieve an edge-to-edge screen with notch reduced to the smallest size, but the aim to get rid of the notch remains. Vivo showcased the Apex concept with no bezels or notch and is prepping a commercial version of the same to unveil soon. Lenovo has also been teasing the Z5 flagship with a perfectly bezel-less display. Xiaomi’s Mi MIX 2S also has a fairly bezel-less design with a narrow bottom chin.

Therefore, it seems that Google might be partnering with manufacturers like Vivo or Lenovo for the next Pixel smartphone. There’s a possibility that Google might be finally willing to take over the best in the business in terms of hardware design with the Pixel 3. Google perfected the software the first two generations of Pixel and now could be willing to perfect the hardware with the third generation models. And what better way to perfect their product by beating the leaders of the industry in their own game by presenting a smartphone with no unwanted bezels. 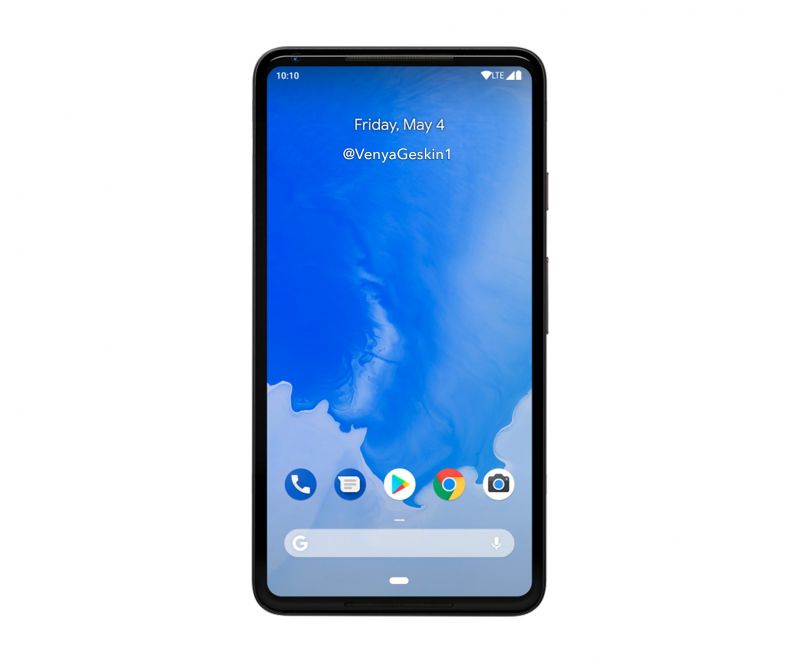 3D render of Pixel 3 based on illustration (Photo: Ben Geskin)

However, these are our assumptions and Google could have something else in mind entirely. The native support for display notch on Android P also hints that Google might follow the trend of the notch and might roll out something pretty similar to LG’s G7 ThinQ flagship. There’s nothing at this point in time that we can confirm — all we can do is hope for Google to surprise us this October if it follows its usual launch timeline.