OnePlus 6 will be powered by the Qualcomm Snapdragon 845 and paired (up to) 8GB of RAM and 256 GB of storage.

OnePlus seems to be leaving no stone unturned to make sure there is a substantial hype for its upcoming OnePlus 6 flagship. The company had been gradually confirming features for its upcoming flagship killer to generate the curiosity amongst their fans. The company's Carl Pei had officially confirmed the most controversial 'notch' design on the OnePlus 6 initially, which later was explained by the CEO Pete Lau about the essentiality of the notch design. However, the CEO has confirmed yet another design feature of the OnePlus 6 – the phone to feature a glass body overall. He took the same OnePlus forum post to confirm their new design form factor.

According to the forum post titled “Our Approach to Honest Design,” Pete Lau appears to be liking the new design language of the OnePlus 6. He mainly focused on the glass back body of the phone throughout the 1,100-word forum post. After the company's earlier glass back finish phone – the OnePlus X, Pete has decided to go again with the latest premium glass finish design form factor. The OnePlus 6 will also retain the company's signature "horizon line" and curved back design. 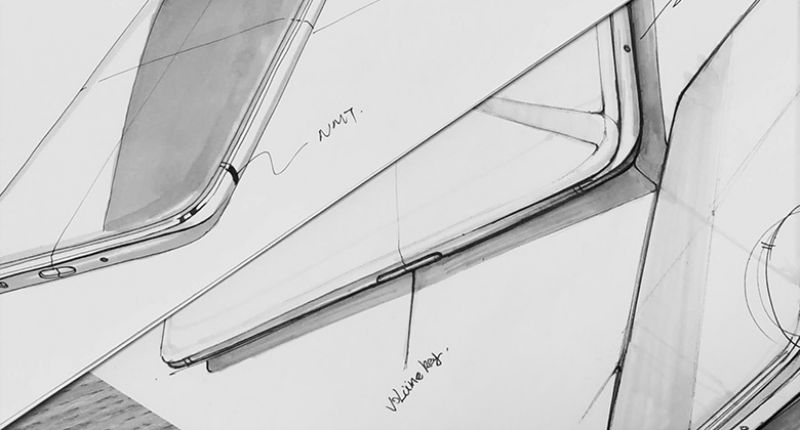 Lau explains why they preferred glass over the metal and the advantages of having the glass body. He believes that the glass communicates a 'transparent, bright, and pure feeling'. He has stated, " the way glass transforms under different lighting is a particularly important challenge – the OnePlus design team tested over 70 glass prototypes before selecting the best one."

The CEO has also teased the new OnePlus 6 glass back body, which appears to be in a purple colour variant. We can expect the company might be trying newer colour variants along with the standard Midnight Black variant as well. The smartphone is confirmed as one of the most powerful smartphones yet and is powered by the Qualcomm Snapdragon 845 and paired (up to) 8GB of RAM and 256 GB of storage.

Teasers from the company and a few other rumours also confirm that the OnePlus 6 will be built using a ceramic and waterproof (IP6X-rated) body, and the alert slider seems to be shifted to the right side of the device as opposed to the left side in all the previous variants.

The OnePlus 6 will be launched worldwide and we are expecting the announcement somewhere towards the end of April. A recent tweet out confirming the launch clubbed with the release of the Marvel Comics movie, Avengers - Infinity War was sent out from OnePlus. Since the movie is scheduled for release on April 27.