After setting new benchmarks in terms of value for money devices with the launch of the Mi A2 and POCO F1, Xiaomi's command in the budget and mid-range segment in India continues to roll. However, the company isn't done yet. The Chinese manufacturer recently took the wraps off the successor to the Redmi 5 series, which raised eyebrows for offering a bang for the buck with a good price-to-performance ratio.

Xiaomi has refreshed its Redmi smartphone series with the new Redmi 6, Redmi 6A, and Redmi 6 Pro smartphones as per the industry trend that made OEM's mid-rangers sell like hot cakes.

While the Redmi 6A caters to the entry-level segment, the Redmi 6 offers a little more bells and whistles without hurting the wallet. The Redmi 6 Pro goes a notch above these two with a modern notched display and a big battery (the usual Xiaomi trend). Unlike the cheaper MediaTek-powered cousins, the Pro variant is the range topper with Xiaomi's much-loved Snapdragon 625 chipset. On paper, the Redmi 6 Pro seems similar to the Redmi Note 5 in terms of specifications. Like its sibling, the smartphone promises to deliver best-in-class performance, coupled with great cameras, two-day battery life while also sporting the trendy notched display.

Xiaomi seems to have settled on this design language and has dressed its latest Redmi 6 Pro in a similar fashion as the Redmi Note 5 Pro and other Redmi devices, adding in the notch. This is a bit disappointing considering Xiaomi is now repeating the same design blueprint across its entire range. The rear panel is made of metal, with plastic edges. Compared to the Redmi 5/Note 5, it feels a little bulky and does feel slightly heavier — thanks to a large 4000mAh battery. However, in typical Xiaomi fashion, the ergonomics are spot on. 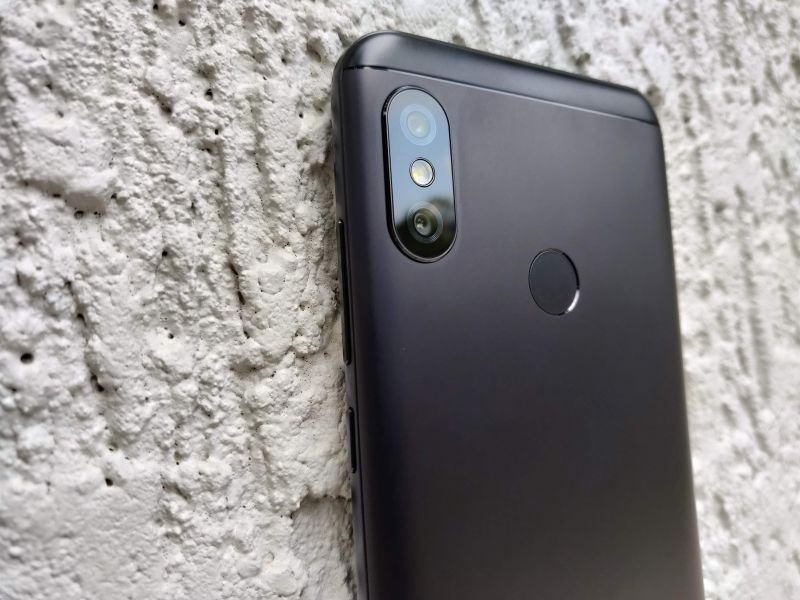 The Redmi 6 Pro looks modern and contemporary on the front and one can't help but notice the notch. The smartphone flaunts a compact screen with a trendy cutout that houses the earpiece, the selfie camera and the proximity sensor. Notably, despite the incorporation of the notch, the device still has noticeable bezels to the left and right of the display and comparatively thicker chin. There's also a tiny single-colour LED notification hidden beneath the chin.

The smartphone sports a 5.8-inch IPS LCD panel in a 19:9 aspect ratio with 1080x2280 resolution for a pixel density of 432ppi. The panel gets decently bright and has fairly good contrast levels with good viewing angles. The sunlight legibility is decent too. The default colour rendering is above average — the screen offers mostly accurate colours, but has a tad bluish tint.

One can switch from Auto contrast to Standard and get rid of the blue tint as per their preference. Also, the curved corners certainly enhance the viewing experience. Although, the notch implementation looks somewhat poor, but is understandable considering the price.

The Redmi 6 Pro runs on the same two-year-old octa-core Snapdragon 625 chipset, powering the Redmi Note 5 (approx Rs 10,999) and the Redmi Y2 (approx Rs 9,999) with almost similar price tags. Now that there are phones such as Mi A2 offering SD660 chipset and Honor Play offering Kirin 970 chip, the Redmi 6 Pro with SD625 seems old, but is a trusted chip till date. Xiaomi could have employed SD636 chip, but the prices would shoot up. Although, the SD625 SoC is outdated, the same chip has impressed previously with its tried-and-tested robust performance. The chipset is accompanied by up to 4GB of RAM and up to 64GB of storage. However, you can expand it up to 256GB via the dedicated micro SD card slot.

The Redmi 6 Pro can handle everyday chores such as browsing the web and social apps and messaging with ease. However, we found the phone lagging slightly when switching between apps. As for gaming, we had a good time playing a few casual to resource-intensive games, though performance wasn’t perfectly smooth enough. There was a noticeable lag in loading the apps as well. 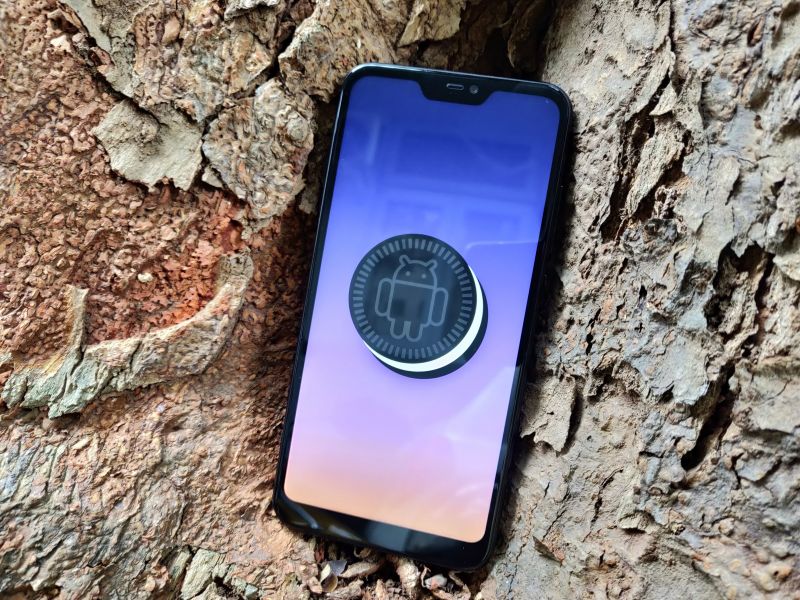 Moving ahead, the handset will soon get the MIUI 10 update; however, currently the Redmi 6 Pro comes with MIUI 9.6 atop Android 8.1 Oreo, which seems to be eager — that's good. What's not right here though is that the security patch isn't the latest one — it's still on the dated July 2018 security patch.

With Xiaomi's MIUI, you get the usual options to change themes and icon packs, Dual Apps, and Second Space and much more. There's also a gesture-based navigation for you. One can easily change the order of the navigation buttons or disable them in favour of swipe gestures as per there preference. While Xiaomi's MIUI comes packed with a lot of features and customisations for better user interface experience, it does come with a few bloatware such as Cleaner, UC Browser, Community, Mi Store, Facebook, Amazon, Netflix, and PhonePe, among others — thankfully, these apps can be uninstalled.

The cameras are one of the biggest highlights of the Redmi 6 Pro. It features a 12MP primary sensor with a f/2.2 aperture and a 5MP secondary sensor with the same aperture, which is used for sensing depth for the portrait mode. This is the same setup that we have witnessed on the Redmi Note 5 Pro. There's also a single LED flash and Phase Detection Auto Focus (PDAF).

Xiaomi says that the rear camera setup leverages AI power for better photography. You also get EIS for video shooting — a segment first, which should help you get less shaky clips. For selfies, there is a 5MP sensor with a f/2.0 aperture. However, it misses out on the front flash.

The images captured in daylight came out well and with natural colours, and a fair amount of sharpness and details too. The dynamic range is above average and we rarely needed HDR. However, a few images clicked were a bit oversaturated with high contrast ratio. We were able to focus on objects quick enough — thanks to PDAF; however, it struggles during low light photography. Sadly, photos turn out to below average after the sun sets. The HHT mode, meant for low-light photography, does help serve better, but not as much as expected. Lastly, the rear camera portrait shots are decent with blurring effects appeared to be on right track.

Below are some of the camera samples shot on the Redmi 6 Pro: 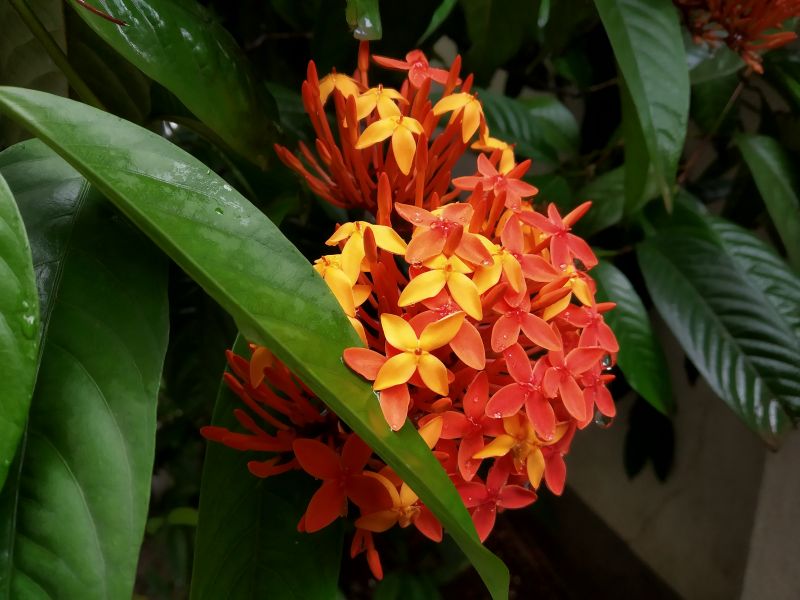 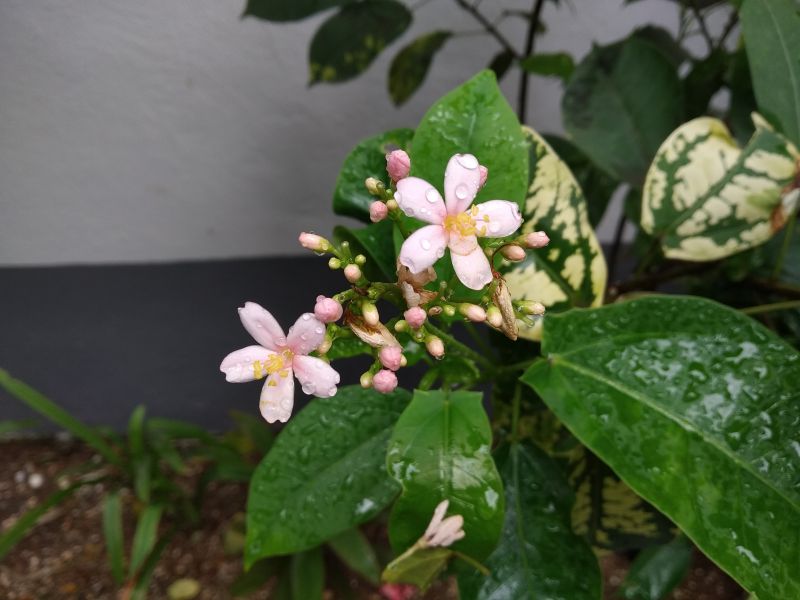 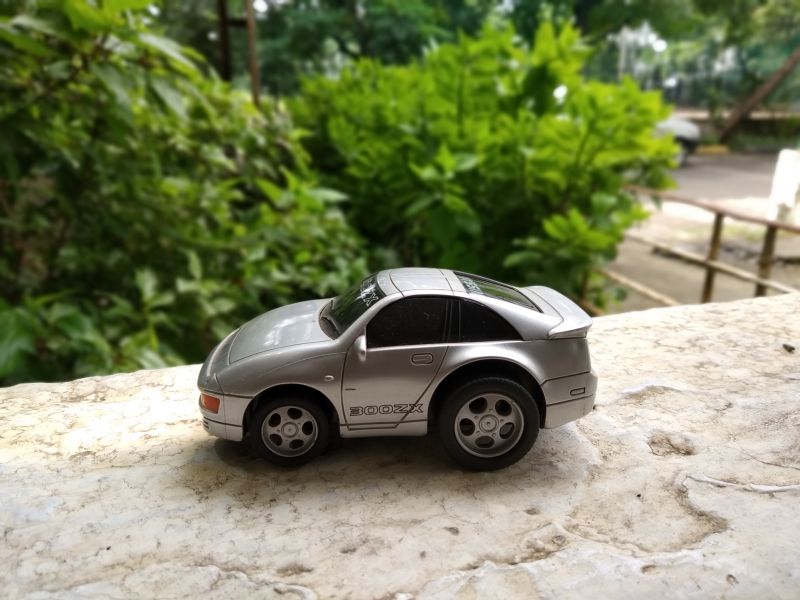 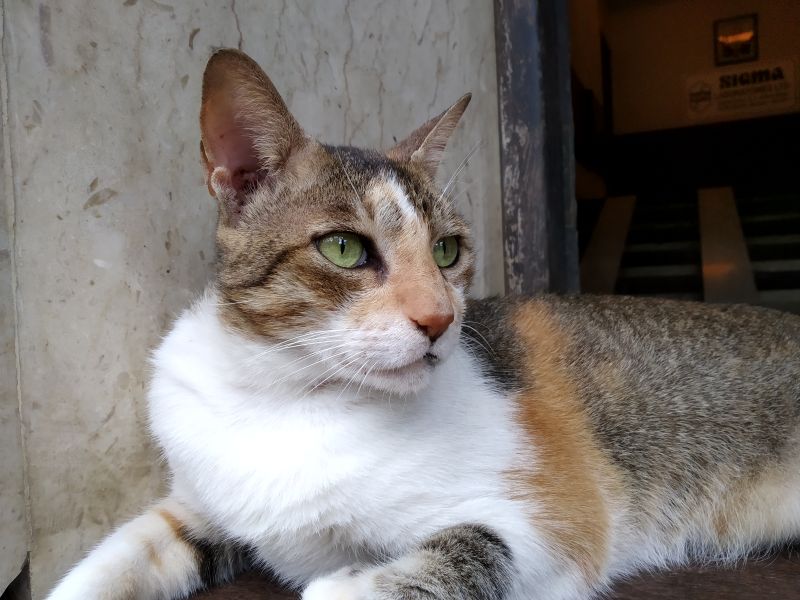 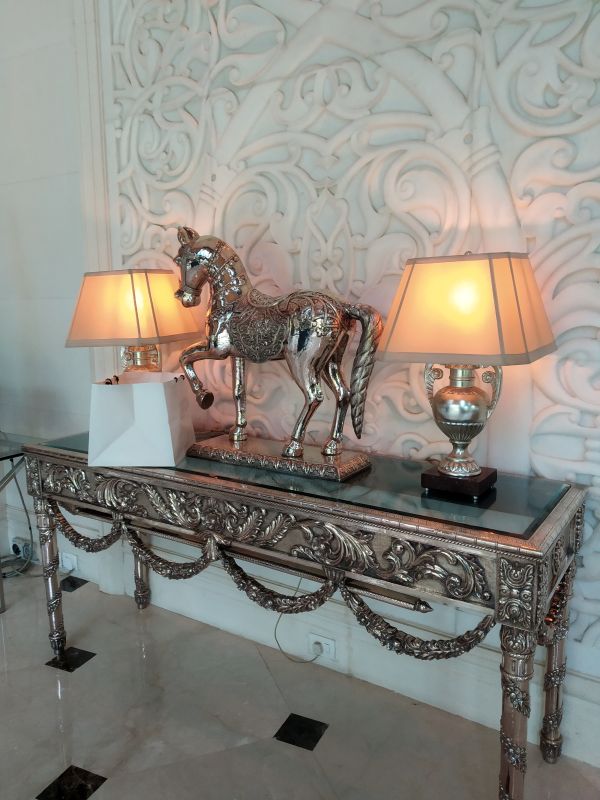 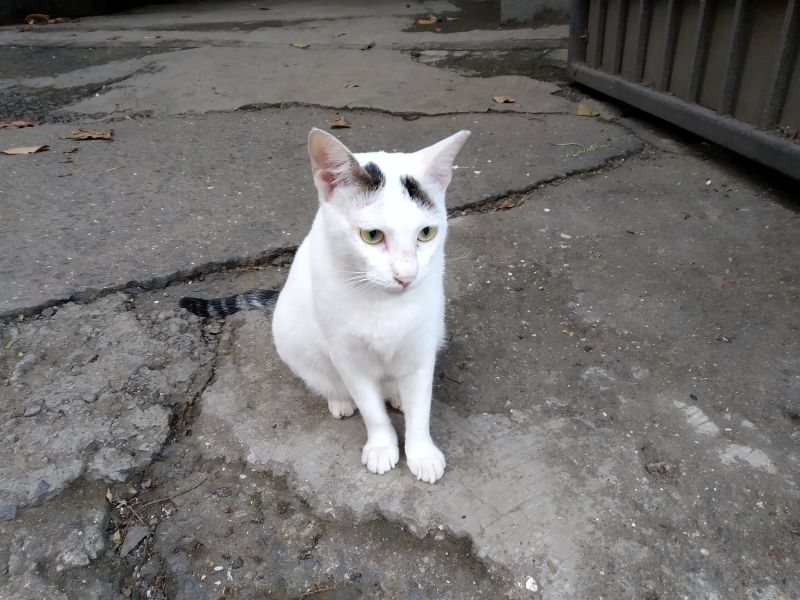 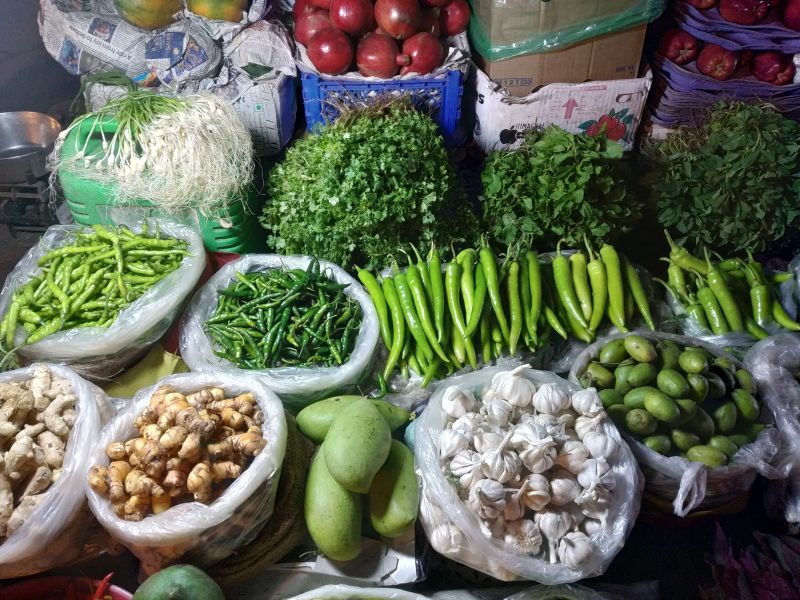 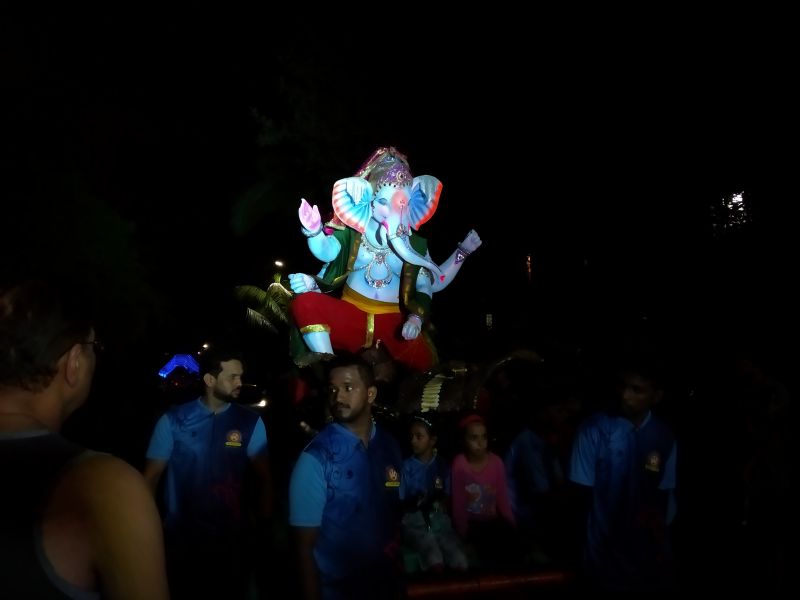 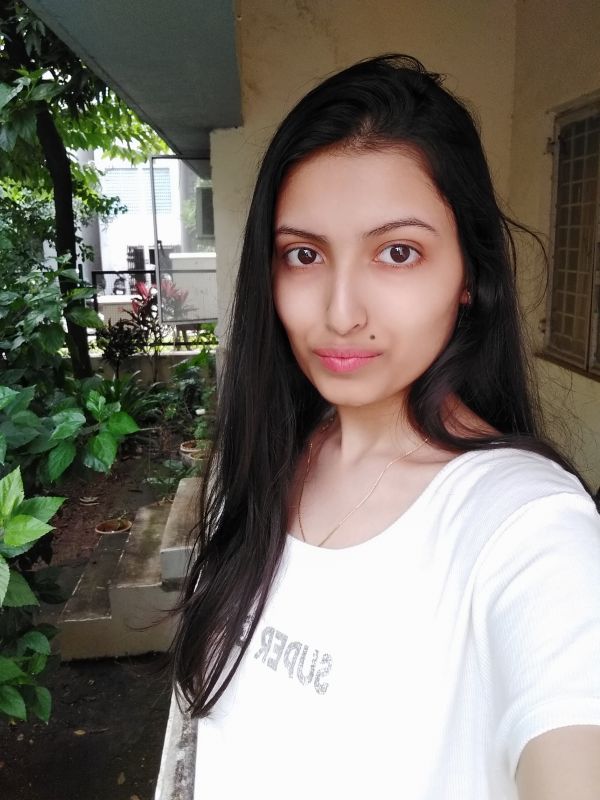 The camera app is pretty easy to use and offers a few quick toggles for HDR and the flash, and an option to apply filters to your photos. Apart from that, there is also Portrait mode, Video mode, Panorama, Manual mode and much more. When you switch to the selfie camera, you get an option to choose the beautification level, and an advanced mode that lets you control over specific parameters such as the eyes, jawline, skin tone, and skin smoothening. Regular selfies are decent in good lighting conditions; however, due to the beautification mode, the camera misses out on the details and natural colours.

Moving ahead, while the Redmi 6 and Redmi 6A pack a 3000mAh battery, the Pro variant features a massive 4000mAh battery, which claims to deliver up to two days of stamina on a single charge. With casual usage such as using regular social media apps like Facebook, WhatsApp, or browsing, one can get two days of strength on a single charge. Bump up the usage up to casual-heavy games, binge watching and you will witness that the battery level drops pretty soon. On an average, you can run your device for a complete day and still extend to a certain time the following day until you hit the charger.

The Redmi 6 Pro offers a 19:9 1080p notched display, powerful enough hardware, decent cameras and relatively massive battery life on a budget price, making it a good all-rounder. Priced at Rs 10,999, the smartphone seems a good and reliable option for those on a tight budget.