Speculations are rife that Samsung might abandon the physical home button on its Galaxy Tab S4 in favour of narrower bezels. (Representational image)

In 2018, as we are witnessing phones with minimal bezels and a larger screen-to-body ratio every other day, it now looks like we could soon see them in tablet devices as well. Speculations are rife that Samsung might abandon the physical home button on its Galaxy Tab S4 in favour of narrower bezels — raising the question of what about the fingerprint scanner?

According to a report by Sammobile, the South Korean giant would instead employ an iris scanner. The upcoming Galaxy Tab S4 will reportedly feature an iris scanner and support company's Intelligent Scan feature that we have already seen in the Galaxy S9 and Galaxy S9+ smartphones. To recall, the Intelligent Scan feature is a biometric feature that makes use of facial and iris scanning to unlock the phones. This technology will ideally replace the conventional fingerprint scanner that shipped with the old Galaxy Tab devices. 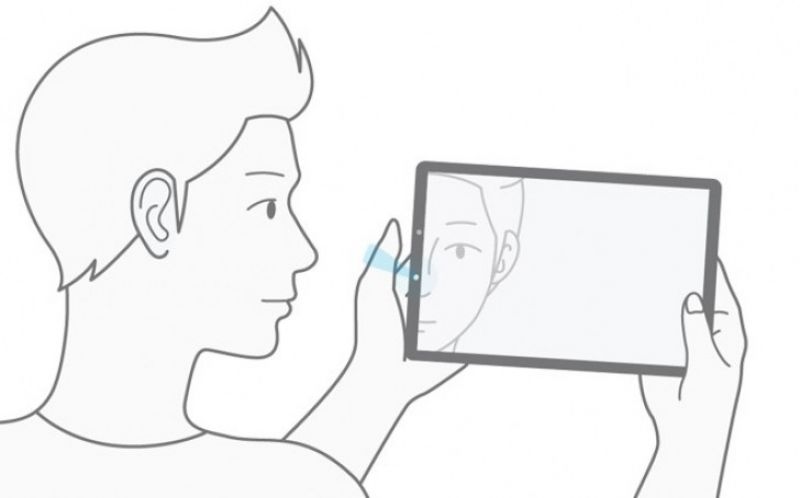 The Galaxy Tab S4 is rumoured to sport a 10.5-inch display with WQXGA resolution. The device is said to come with a new aspect ratio as opposed to the Galaxy Tab S3's 4:3 aspect ratio. At its core, the device is expected to be powered by a Snapdragon 835 processor or the Exynos 9810 processor, powering Samsung's flagship phones. The company could stuff in a 7300mAh battery under the hood.

Additionally, similar to Apple's move with the iPhone X, this could be the beginning of a new era for Samsung's Galaxy smartphones where fingerprint sensors would be history.