Huawei drills a hole in display to kick out the notch

The host of sensors and the earpiece will sit on an extremely slim forehead. (Representative Image)

The craze for getting rid of bezels around the display has taken off on a high note since Xiaomi commercialised their Mi MIX smartphone. Over the months, every manufacturer has been trying to expand the display size inch-by-inch, a result of which was the notch implementation. The notched design gathered mixed reviews, with some preferring it over the 18:9 implementations. However, others didn't, which is why Vivo and OPPO went a step further to achieve the dream of a true-fullscreen display. Now, Huawei has another idea to get rid of the notch in a rather unusual manner.

If the ET News report is to be believed, then Huawei is planning to cut a hole in the display for housing the front camera. This falls in line with previous rumours of Samsung planning a similar implementation for the Galaxy S10 flagship. The camera will sit in the conventional position, i.e. on the top.

But when it comes to the sensors, Huawei will go for a rather conventional yet cost-cutting approach here. The host of sensors and the earpiece will sit on an extremely slim forehead, which Huawei will disguise cleverly with the design of the handset. The primary intention of this design is to create notch-less designs for smartphones, letting them get closer to the fullscreen display design. 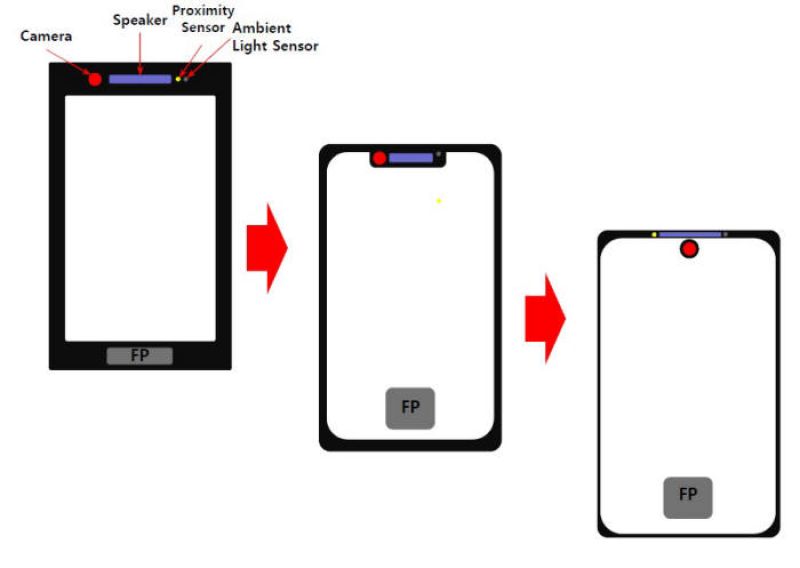 Huawei’s implementation is in a stark contrast to what some of the industry’s giants have thought of. OPPO and Vivo recently unveiled their flagship smartphones with a motorised sliding mechanism for the front camera, thereby liberating space for realising an edge-to-edge display. The Vivo NEX even got rid of the conventional earpiece in favour of a SoundCasting technology, which essentially emits audio through the display.

While Huawei’s implementation of avoiding the notch seems impressive, will it actually get rid of the notch? The camera hole will still render the area unusable like a notch, with the software having to draw a virtual notch around it. This is still a rumour and we will have to wait to see Huawei’s final implementation of getting closer to a fullscreen display.