Priced at Rs 17,399, the smartphone looks a competitive option, considering there aren’t many exceptional phones in this price segment creating plenty of opportunity for the device maker to grab a good percentage of the market share. But is the Vivo V7 worth putting your bets on?
Rating:

Vivo is establishing itself as a master of selfie-centric smartphones, and with the launch of V7 the company doesn’t seem to change its reputation. The Vivo V7 unlike its predecessor is sans the dual front camera in favour of a single 24MP lens camera with higher resolution. Another noticeable change is the Full View Display with 18:9 aspect ratio resembling the likes of Samsung’s Galaxy S8.

Priced at Rs 17,399, the smartphone looks a competitive option, considering there aren’t many exceptional phones in this price segment creating plenty of opportunity for the device maker to grab a good percentage of the market share. But is the Vivo V7 worth putting your bets on? Let’s find out:

Let’s kick off with the design first. The Vivo V7 is a very well built smartphone, it’s slim, it’s lightweight and it feels great to hold the device is your palm. Although it looks like a metal body, it’s actually a plastic rear panel with a metal rim running along the edges. Vivo has managed to produce an aesthetically pleasing device in the form of V7, something you would like to flaunt in public. 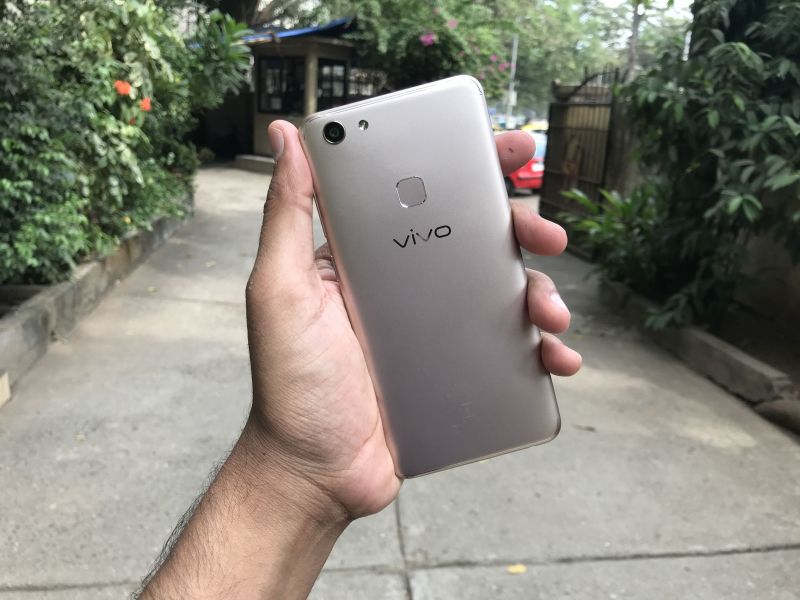 The front panel houses an 18:9 aspect ratio display which is complemented by slim bezels on either side. On the rear panel you’ll find a 16MP shooter alongside an LED flash followed by the fingerprint sensor and company’s branding. 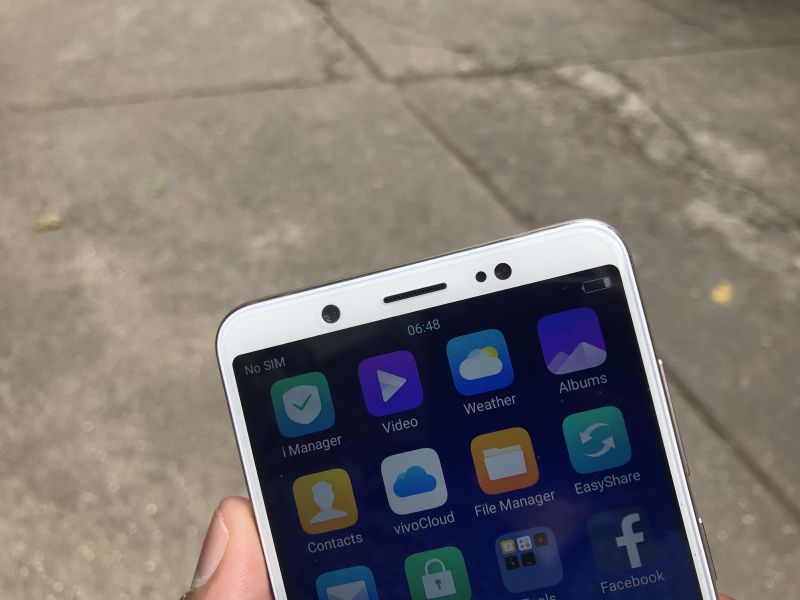 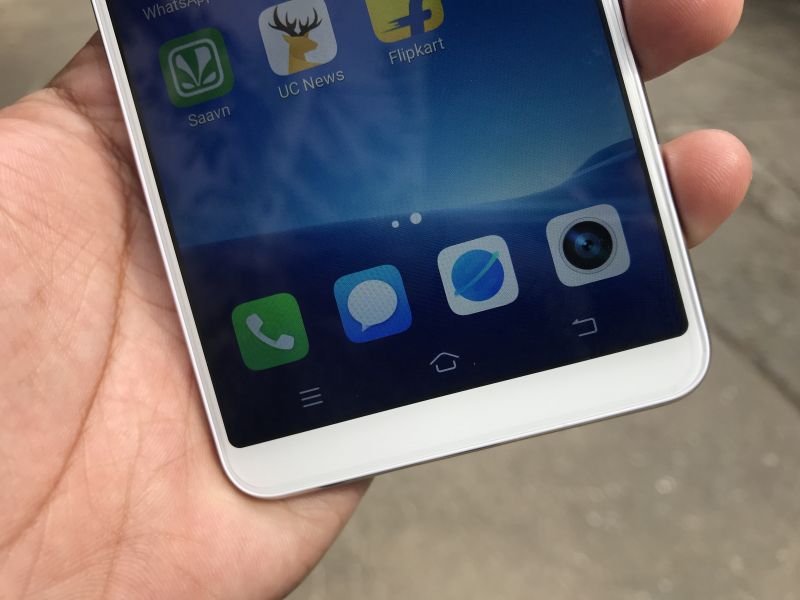 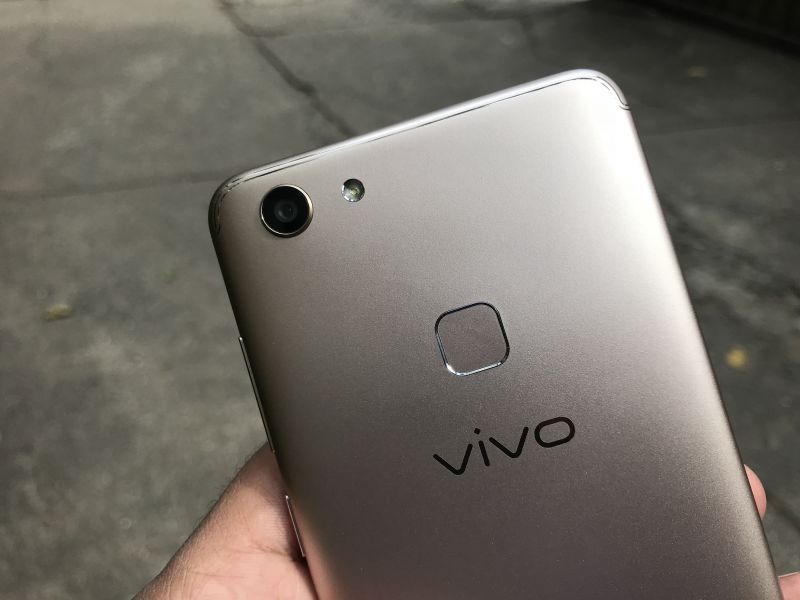 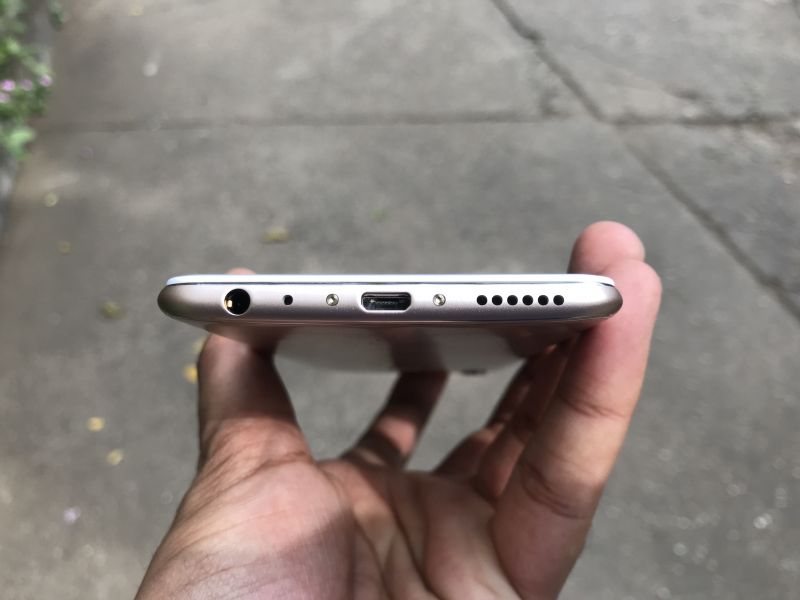 The smartphone sports a 5.70-inch display with 2.5D curved edge and is protected by Corning Gorilla Glass. What’s saddening is getting an HD resolution (720 x 1440 pixels) on such big real estate, which seems like a missed opportunity for the company. A 1080p display surely would have been a better choice considering the aspect ratio of the screen.

However, if you get over the fact of losing out on a full HD display and make piece with what the company has to offer, you wouldn’t be disappointed. The touch sensitivity and the colour reproduction of the screen are in par with the industry standards. The viewing angles and the saturation is enough to get the job done, and you also get a notification LED over the display. Overall, the display on the device is decent if not great assuming Vivo could have very well tucked in a full HD display or could have lowered the price of the phone.

The Vivo V7 runs on Funtouch OS, to version 3.2 and it is now based on Android 7.1.2. But it seems that the user interface is not optimised enough to solve the scalability issues with the full vision screens. Also the interface borrows highly from the iOS. You will notice that the icons appear similar to the ones seen on the iPhones. Overall the UI experience is smooth and you won’t notice lag while navigating through the home screen.

When we talk about a selfie-centric smartphone, the first thing that pops up in our minds is the exceptional selfies. Fortunately, Vivo V7 lives up to the megapixel count. The smartphone sure clicks brilliant pictures from the front shooter with ample amount of detail. It offers a beauty mode for selfies as well as for video calls. The front cam also allows you to click selfies using gestures and voice command. There’s a ‘Moonlight flash’ which helps you take selfies in the dark. 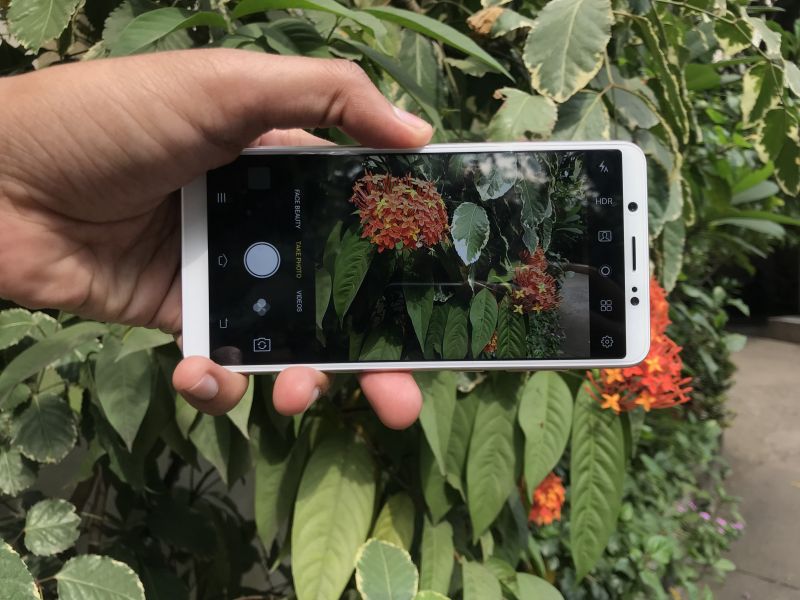 The rear 16MP camera does a good job too and supports PDAF. The rear camera manages to capture good pictures in sunlight and macro shots look good too. While in low light you can notice noise and finer details appear fuzzy when zoomed in. The camera is capable of taking 1080p videos with good amount of detail, but lacks lens stabilisation making the video appear shaky. It also offers a live image feature just like the iPhones. Other camera feature includes HDR, slow motion, timelapse, panorama and ultra-HD mode.

Here are few shots we took from the Vivo V7: 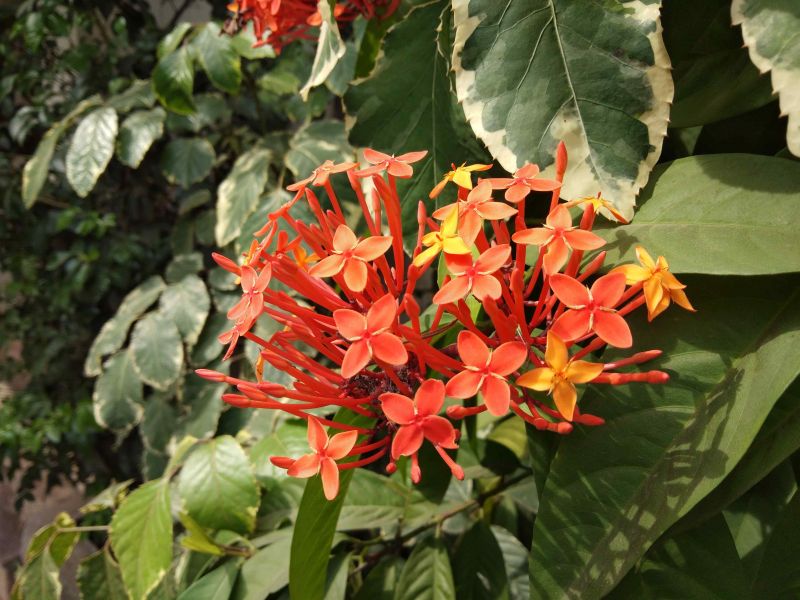 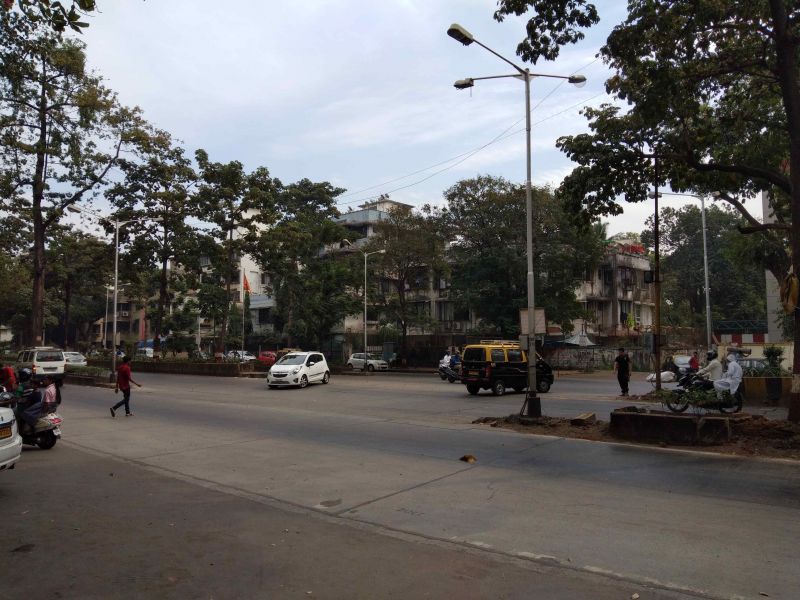 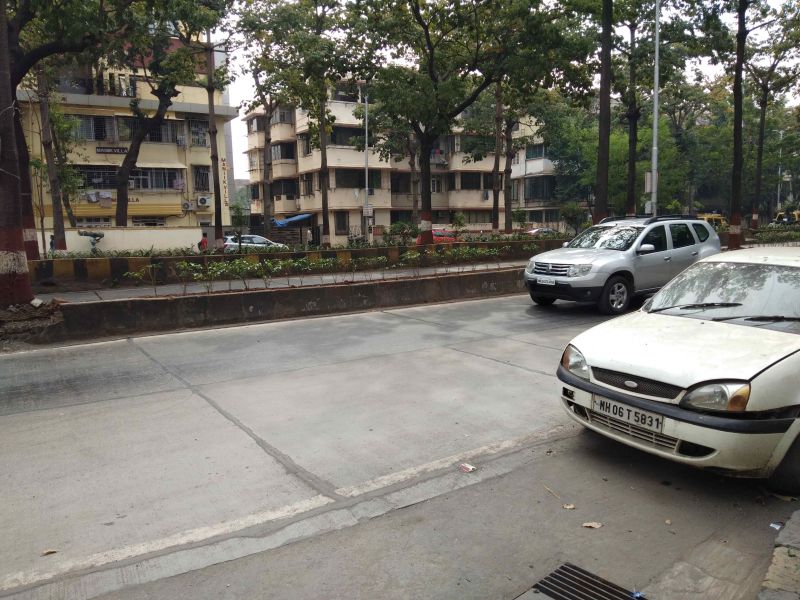 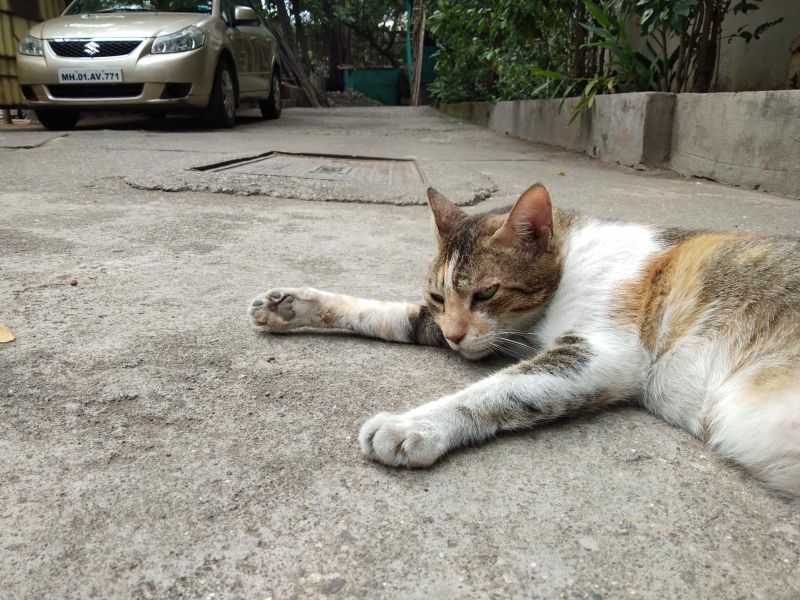 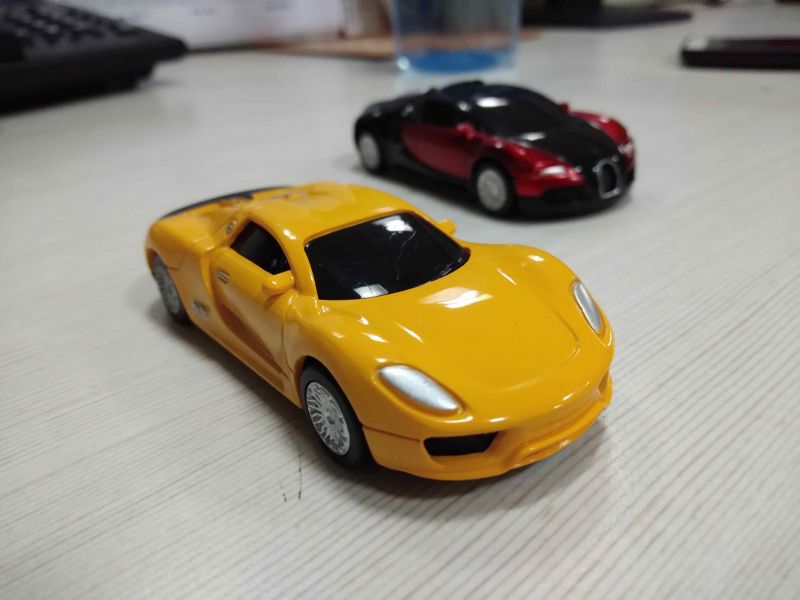 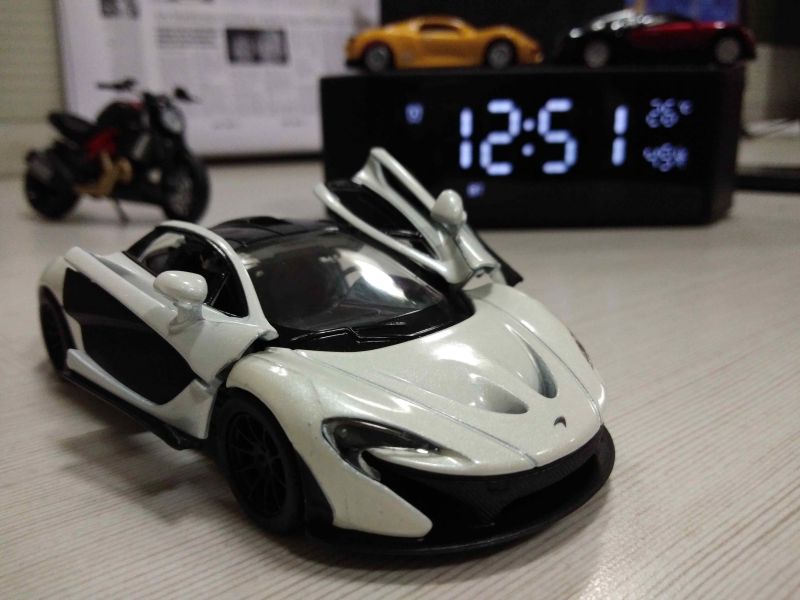 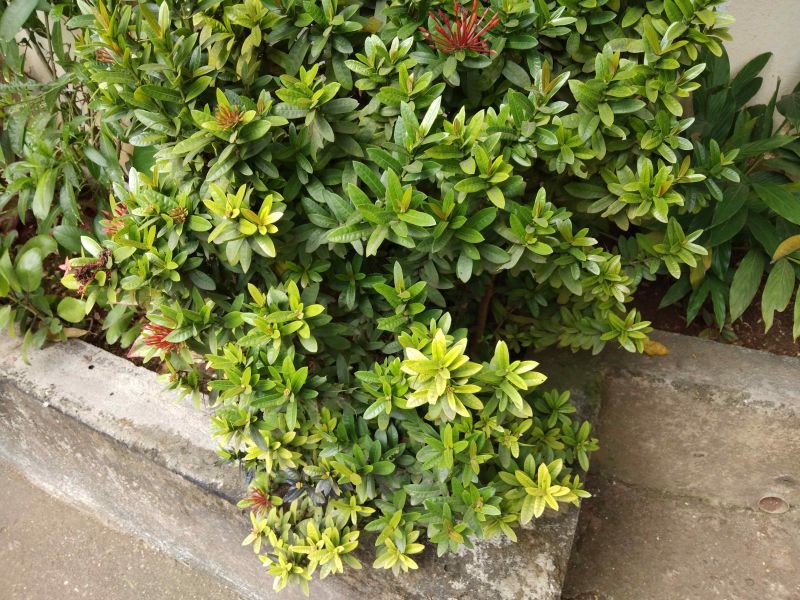 The smartphone is powered by a Qualcomm Snapdragon 450 SoC paired with 4GB of RAM. Overall the device managed to get the tasks done easily, however we did notice some lag while playing games and using extensive apps.

The device was also able to handle multitasking with ease and there were no signs of overheating during the process. Overall the performance of the smartphone is good and reliable.

The smartphone is fuelled by a 3000mAh battery which is capable of keeping your phone alive for almost a day after heavy usage. If you are a moderate user, it can last more than a day. It also supports fast charging, but is not quite as fast as the one seen on OnePlus and Samsung devices.

The company did manage to bring new features to the table with its Vivo V7 and finally offering its consumers the taste of Android Nougat operating system. The front shooter does justice to its sensor. However, it still feels a tad expensive considering it’s a plastic body, low-resolution screen and budget-class processor.

But if you look beyond the flaws of the phone, this can be a good option for users seeking for a smartphone with a good front camera and a decent screen.