The Xiaomi Redmi Note 6 Pro does get our recommendation for those seeking an all-rounder smartphone on a cost-effective budget.
Rating:

Xiaomi has been pulling off price-to-performance value smartphones for quite some time now. The Chinese company still possesses the supremacy badge in the budget segment by following the same formula of offering more for a lot less.

Xiaomi displayed the Redmi Note 5 Pro earlier this year, which is still one of the top valued smartphones in the budget menu. The device is an all-rounder smartphone that offers an overall good performance with a wallet-friendly price ratio. ASUS took a shot at it with its ZenFone Max Pro M1, which overtook the Redmi Note 5 Pro with its sheer performance and a longer running 5000mAh battery by a small margin. However, the Note 5 Pro still outshined the ASUS counterpart in terms of sheer camera performance. Other rival brands that tried to replicate the recipe also managed to deliver a good smartphone (such as the Realme 2 Pro, Honor 8X, Nokia 6.1 Plus and Motorola One Power) with now fashionable features. 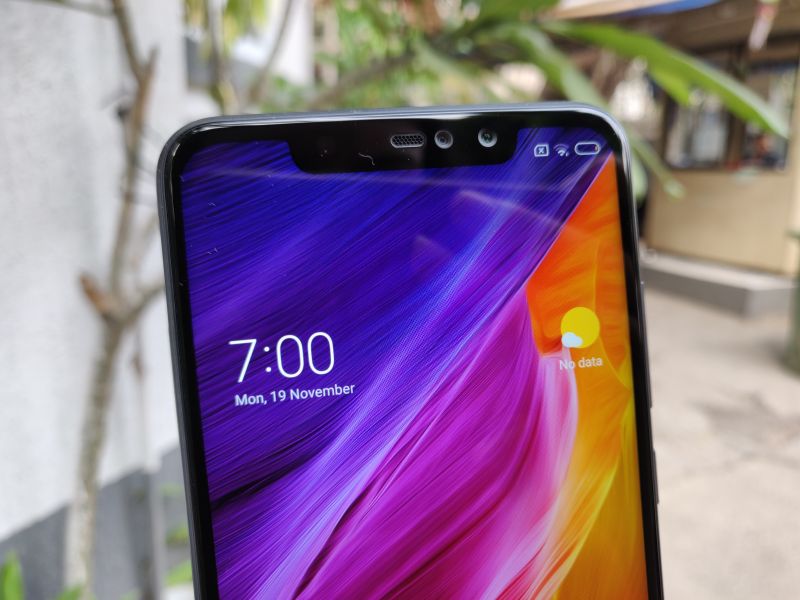 Now, to tackle the aggressive competition and to cement its budget crown, Xiaomi has shown off the successor to the Note 5 — the Redmi Note 6 Pro. The smartphone isn't actually a massive upgrade over its predecessor, but offers a larger display and four cameras, coupled with the same beefy battery and Snapdragon chipset. So, does the Xiaomi's latest device have what it takes to be on top of the budget smartphone menu? Read on to find out. 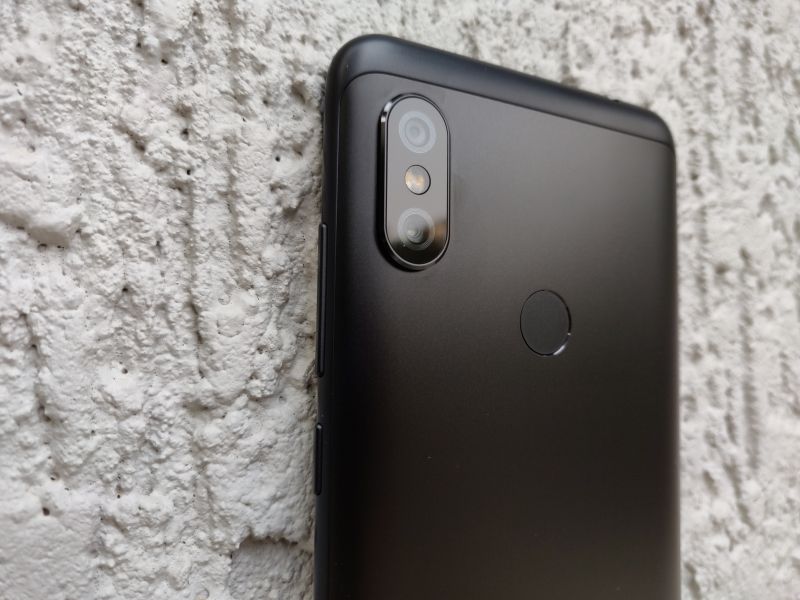 Xiaomi seems to be keen on adhering to its signature design. While looking at the smartphone, it reminded us of the Redmi 6 Pro (to be specific), and it is a replica of all the other Redmi devices. The Chinese company should seriously now consider changing its smartphones design as we have seen the same type of design throughout the year on its different smartphones. 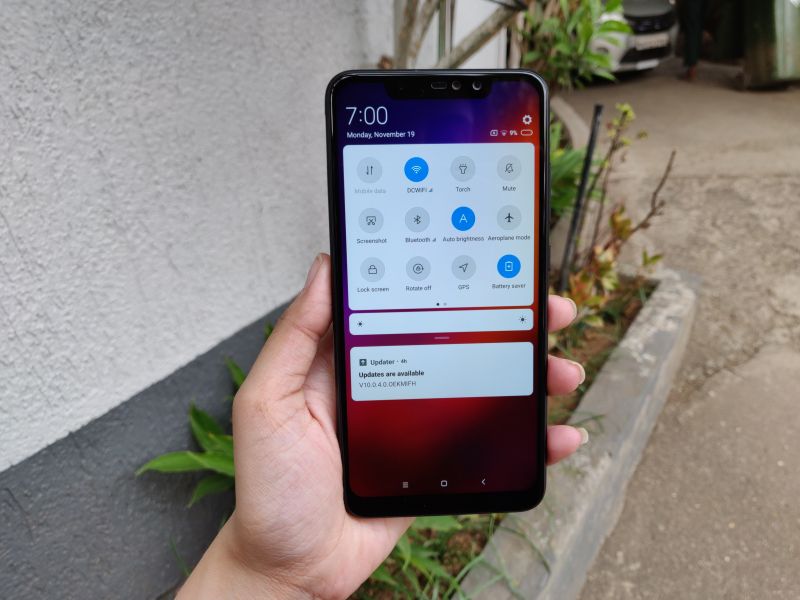 When compared to the Redmi Note 5 Pro, the difference here is the slightly larger display and the inclusion of the huge notch along with a second camera unit on the front. There is also a tiny notification LED, which is white-only though. Xiaomi has also shaved the bezels and the chin by a small margin. Its exterior is identical with a dual camera setup in the fashionable vertical arrangement. The ergonomics are spot on in typical Xiaomi style. The handset is built really well and offers a metal-plastic sandwich design. The new handset also gets the same arc design that Xiaomi states worked well with the Redmi Y2. It calls for a better grip. 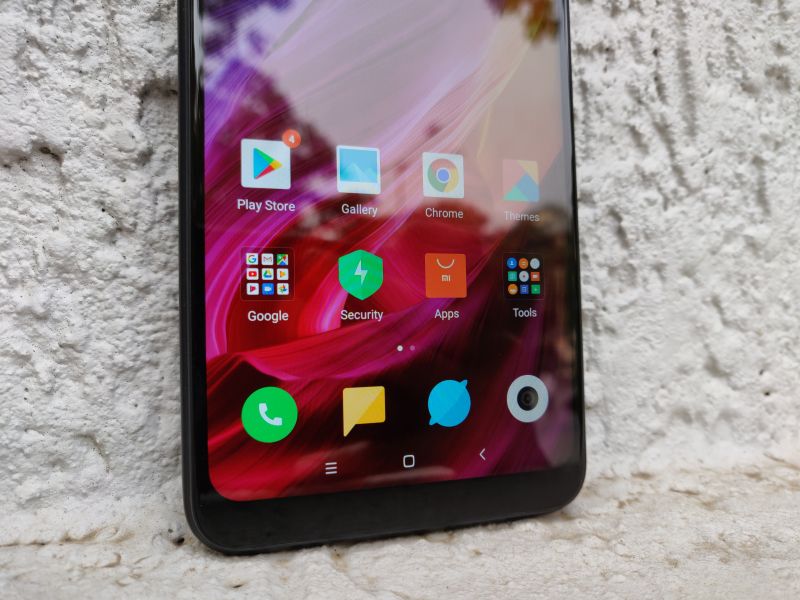 The Redmi Note 6 Pro is equipped with a standard 3.5mm headphone jack as well as the IR blaster. However, the device still offers a hybrid dual-SIM tray and you still have to choose between one nano-SIM/microSD card option. 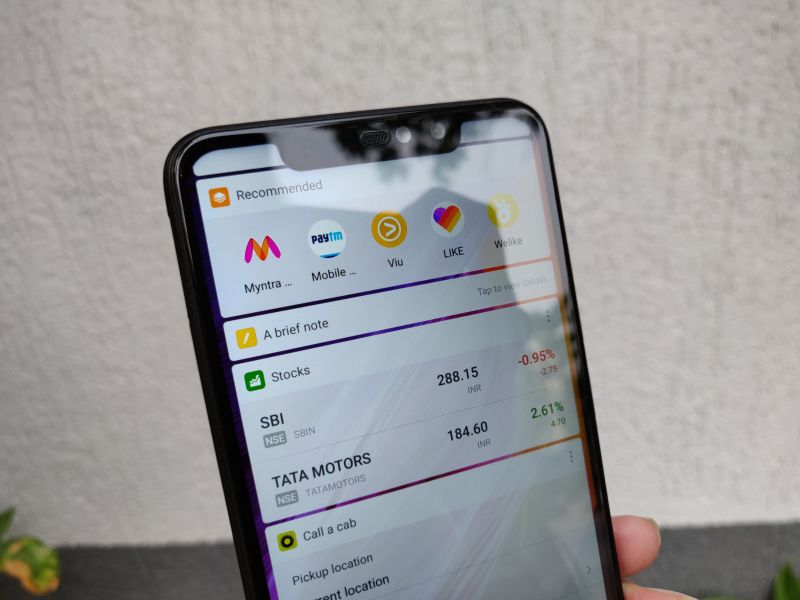 The Note 6 Pro features a larger 6.26-inch 19:9 notched display with bigger pixel count and the screen-to-body ratio. It has a 1080x2280 resolution for a pixel density of 403ppi. The panel pumps out a maximum 500nits of brightness, which is impressive. The display is protected by a Gorilla Glass. It renders good contrast levels with vivid colours. The viewing angles are also great and the sunlight legibility is above average. The panel is by default set to the Automatic contrast mode, and one can switch to Increased Contrast or to Standard mode, in case you didn't like the Auto mode. 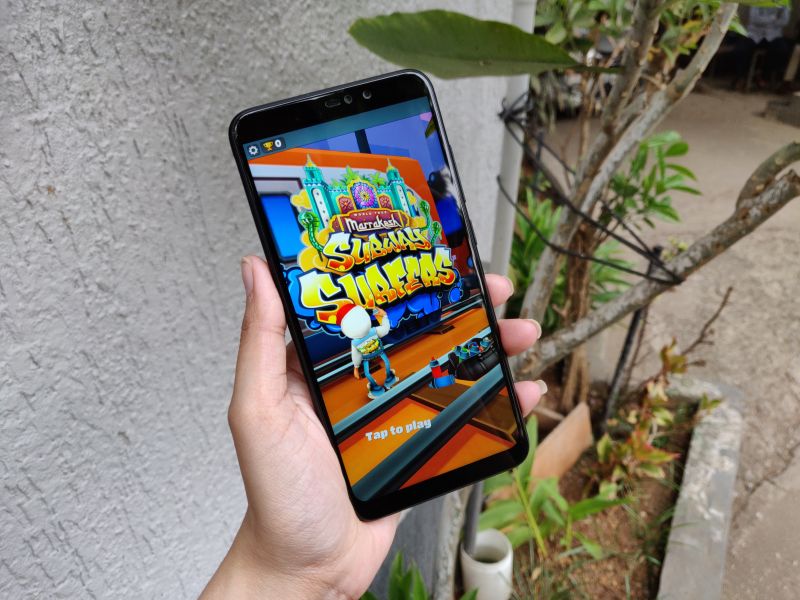 The Redmi Note 6 Pro is built around the same 14nm Snapdragon 636 octa-core chipset that we have witnessed on the Note 5 Pro, which is probably disappointing. Xiaomi could have employed the Snapdragon 660 or the MediaTek P60 Helio as an upgrade, considering that the competition is already a step ahead by offering better chipsets at an almost similar price. The Realme 2 Pro already offers the SD660 SoC and the Honor 8X runs on Huawei's in-house midrange Kirin 710 chipset, which has already knocked out the SD660. However, the company is confident about the 636’s power-performance ratio and is banking on customer satisfaction here. The reasonably powerful Snapdragon 636SoC packs in enough punch and delivers pretty smooth overall performance. The chipset is aided by 4GB of RAM and 64GB of storage. 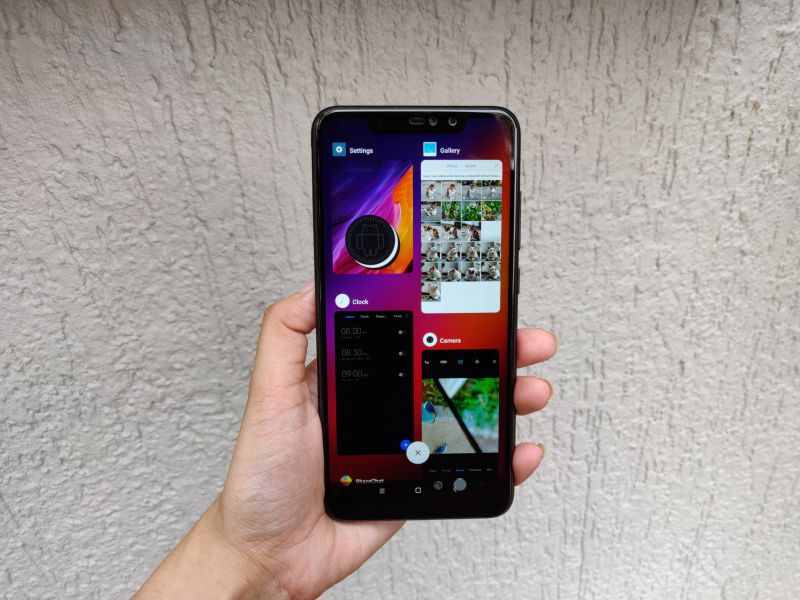 The smartphone performs its day-to-day chores smoothly, and 4GB RAM should be sufficient for multitasking. While switching between the apps, we didn't notice any lag. The phone can launch the apps quickly enough. However, if one wants to play any heavy titles, they may not be as delighted, but will get a playable experience nevertheless. Users can play casual games with ease without any interruption.

Additionally, the handset doesn't come with any IP-rating; however, it offers P2i-certified hydrophobic nano-coating, which is claimed to provide a high level of water protection. This P2i coating is layered on almost the entire phone. Right from the main PCB to the touchscreen, the coating provides a hydrophobic layer that prevents water from touching the sensitive circuitry, preventing it from water damage. Xiaomi claims that this additional treatment to the smartphone will help customers have a longer lasting smartphone and will also help lower the after-sales issues, with respect to moisture and water damage. Good move – Xiaomi!

Moving on, there is a rear fingerprint sensor as usual, which is quick enough as before. You also have the face recognition feature, which works moderately well. 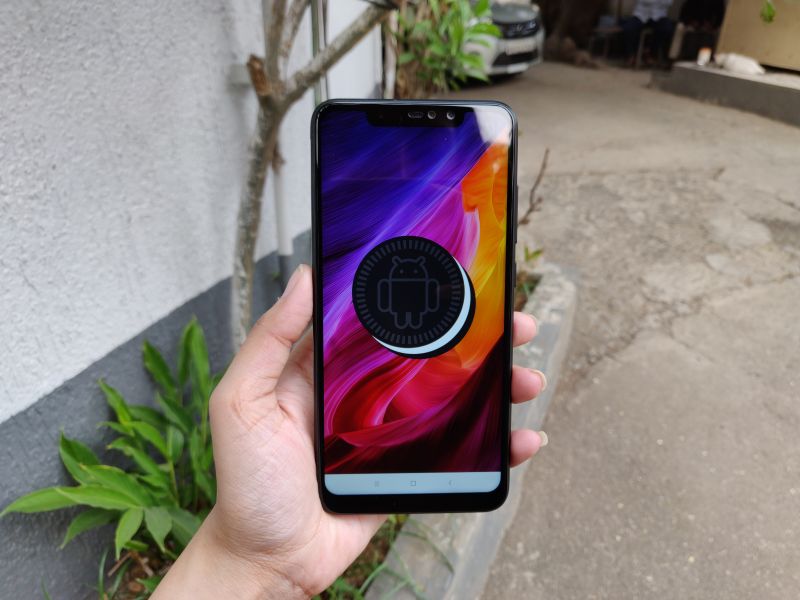 The smartphone runs on Android 8.1 Oreo out-of-the-box and not on the latest Android 9.0 Pie. Xiaomi is yet to reveal the official timeline of the MIUI update. The Note 6 Pro gets MIUI 10, which is mainly focused on gestures, camera enhancements and Artificial Intelligence (AI). The UI feels pretty fluid and offers a host of customisation options and features, similar to other heavily modified MIUI skin. Though the device comes pre-loaded with a set of bloatware, including Facebook, Opera News, Opera Mini, Daily hunt, ShareChat, PhonePe, Netflix and much more, Xiaomi reasons out as being a business model requirement.

The beauty of the budget smartphone is its AI-powered quad cameras with a few cosmetic improvements. While the smartphone still features the 12MP+5MP rear camera setup, it now offers a larger pixel size and a wider f/1.9 aperture, which theoretically captures more light and helps produce better shots. In short, the sensor size has marginally increased to accommodate a larger pixel requirement in order to capture better night shots.

Xiaomi claims that they are highly focused with what the consumers need and stated that Indians are more inclined towards night photography, and hence the move. The camera setup is accompanied by a dual-tone LED flash, and uses Dual Pixel PDAF technology. The camera app also offers a separate AI mode, similar to that on the Honor 8X, for enhanced results. Sadly, unlike the Honor 8X, the AI cannot be applied or removed post the shot. The AI applied here is live and the user can take a call on the imaging only when clicking, and not after.

There is also Electronic Image Stabilisation (EIS) here, which will help deal with video shootings in a better way. As for selfies, there is a dual front shooter, including a 20MP f/2.0 camera sensor and a 2MP camera for depth sensing. The front setup is also supported by AI Portrait and AI Scene Detection. 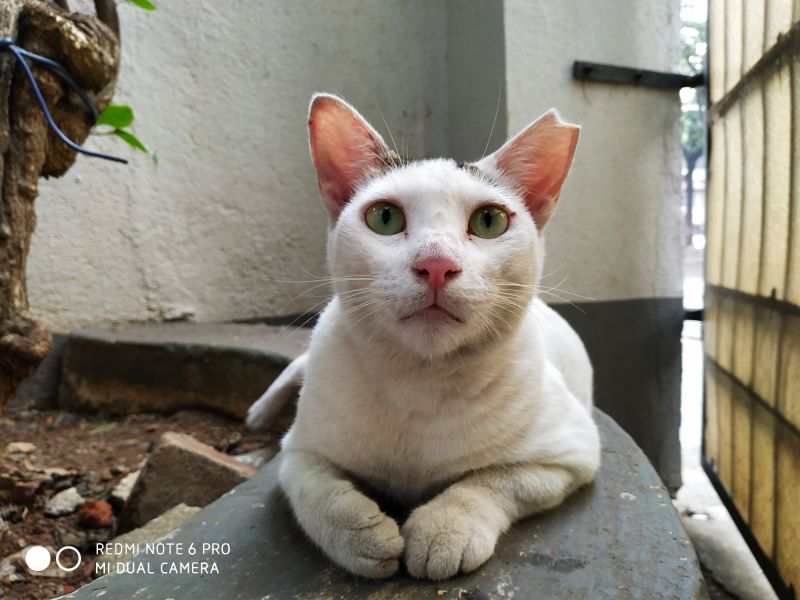 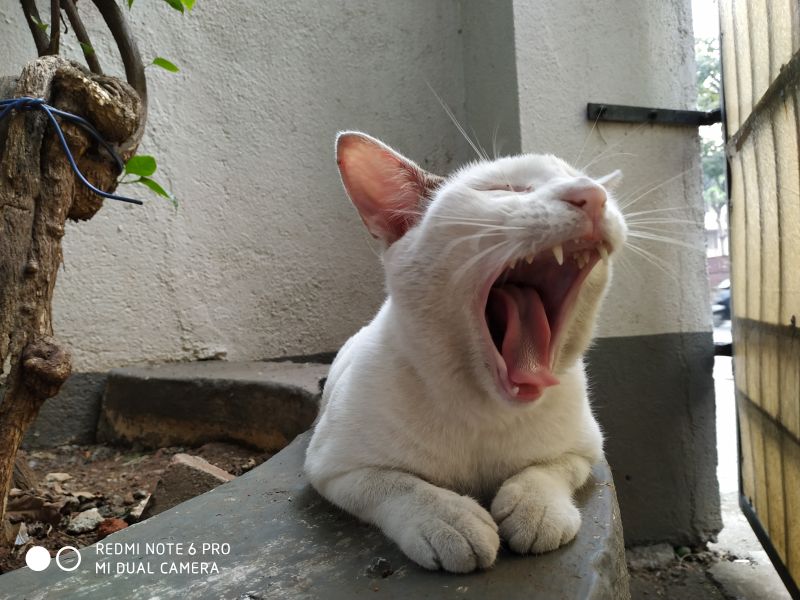 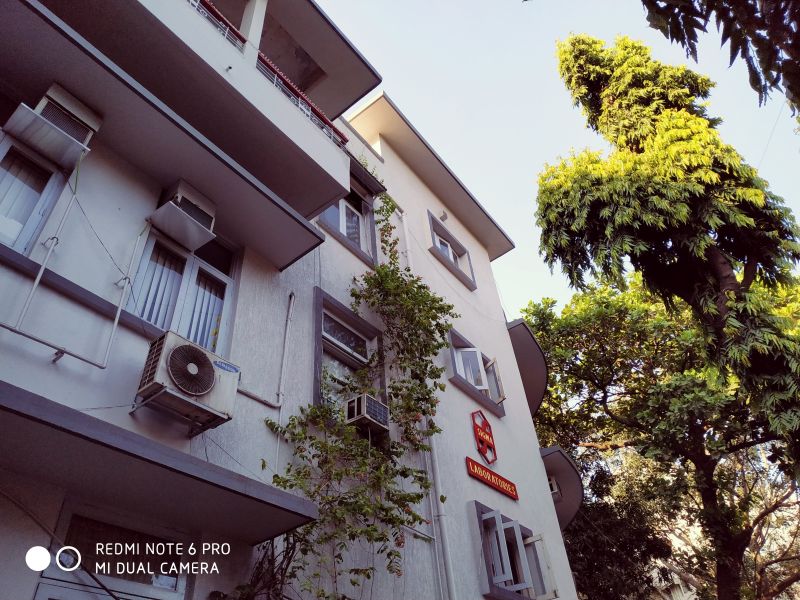 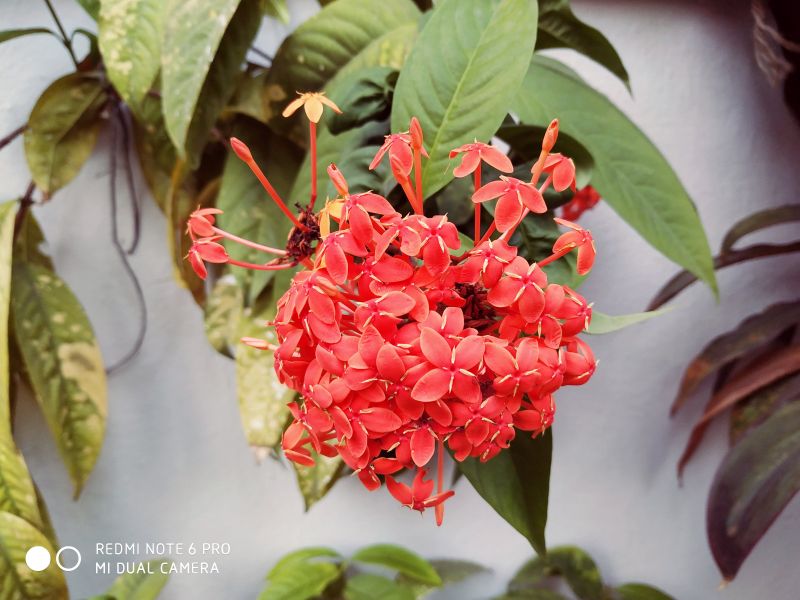 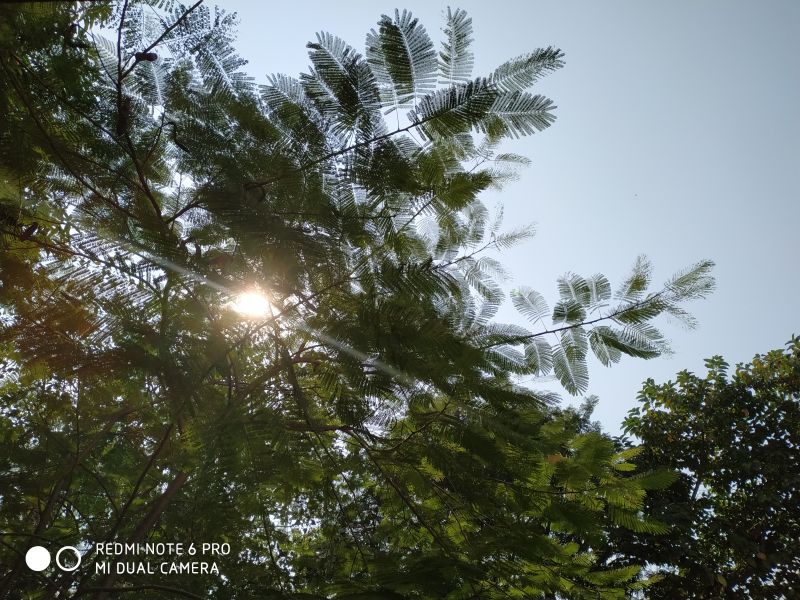 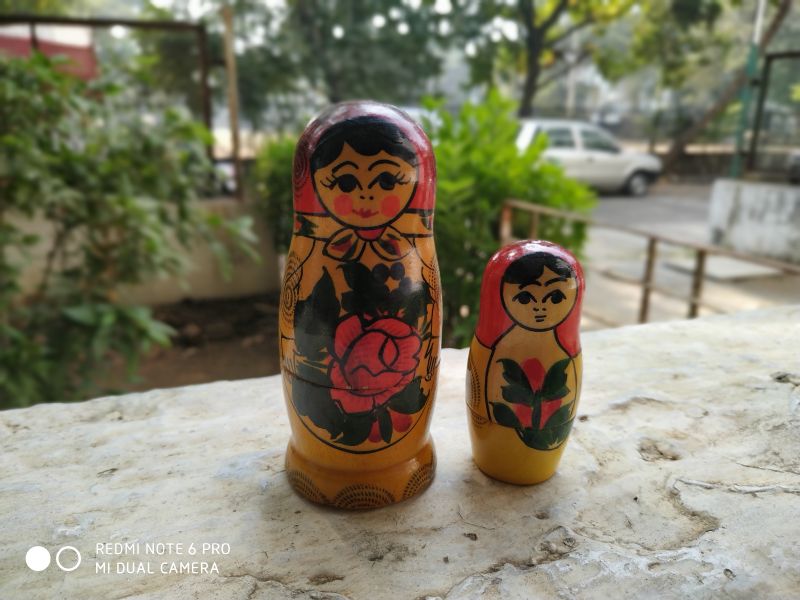 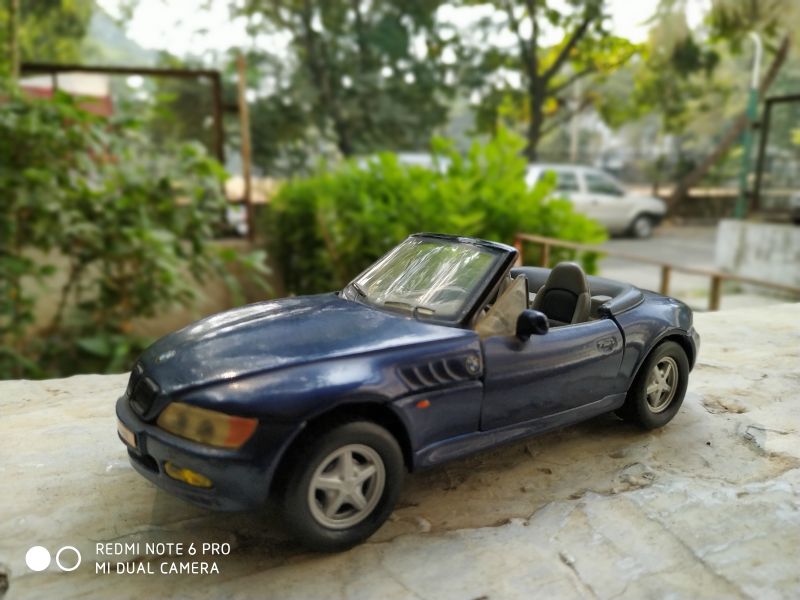 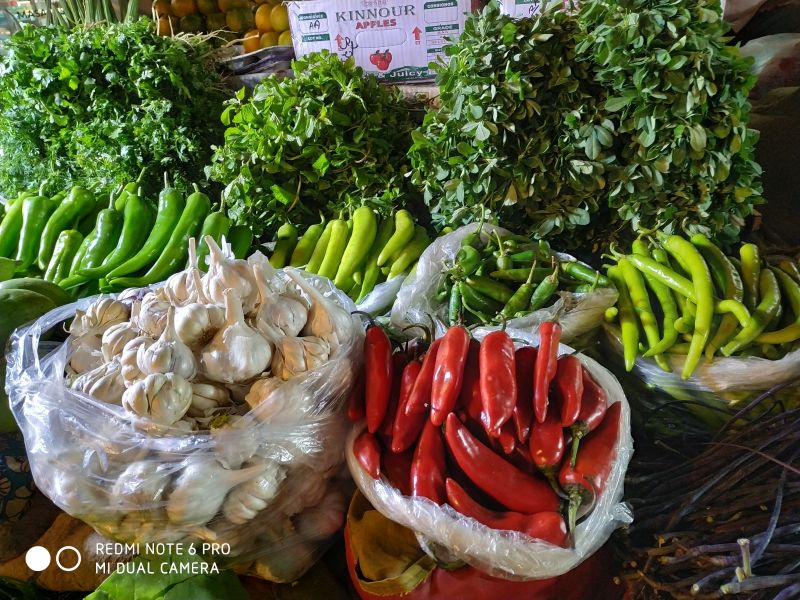 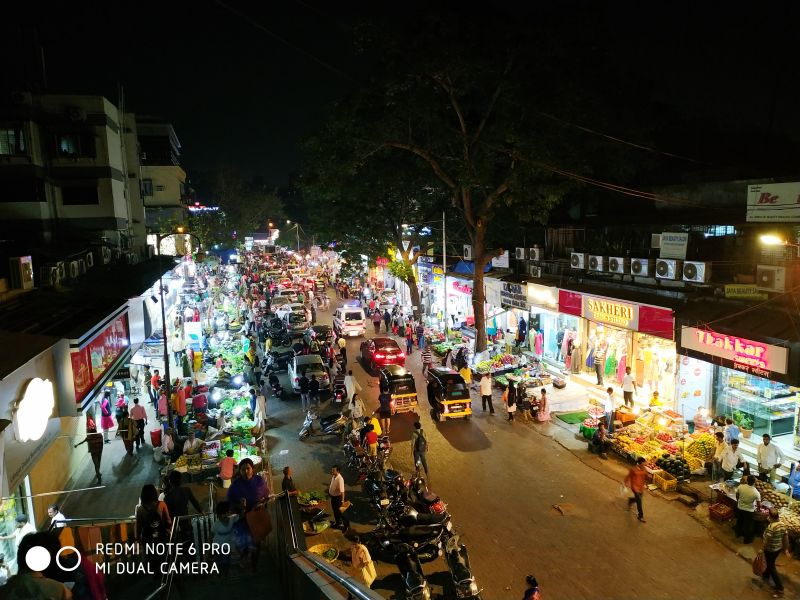 In daylight, the images turn out to be really good, considering the price point. The device manages to capture more than sufficient levels of details and sharpness with natural colours. One can use HDR mode for much better results, further improving the overall dynamic range, details and sharpness. The AI mode does recognise the scenes as accurately; however, doesn't help deliver much to get better shots — one can clearly notice that the AI shots and the regular photos are almost identical, except in a few occasions. However, one can only tell the difference after a few too many shots under various lighting conditions.

When it comes to low-light photography, the handset delivers decent quality photos and above average night shots. There is adequate amount of details present, but not without visual some noise. While clicking Portrait shots, we did notice that the camera struggles at times to appropriately define edges, but most of the times it worked pretty well. The portrait camera now gets a better update too — you can choose the amount of blur in the background and also have blur effects, in motion, to your static image. Great for showing off your artistic portraits to your friends on social media by converting them to Gif or video. 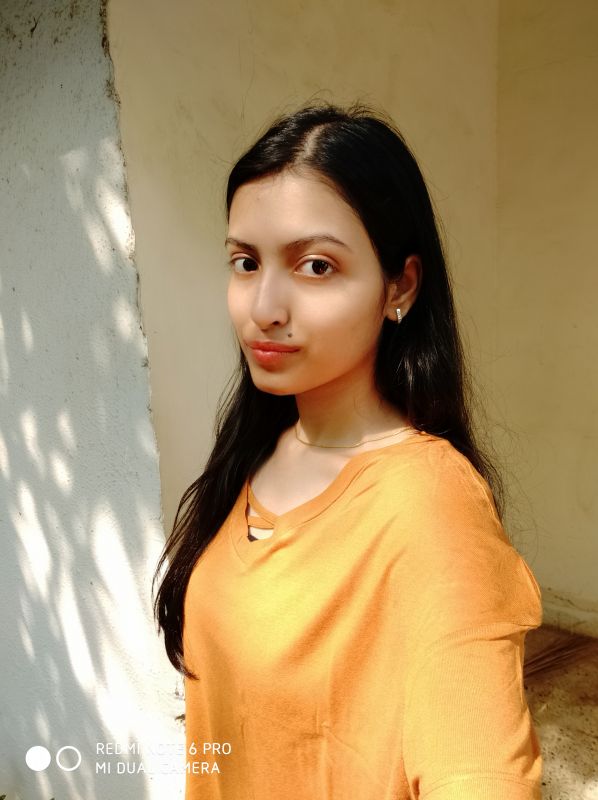 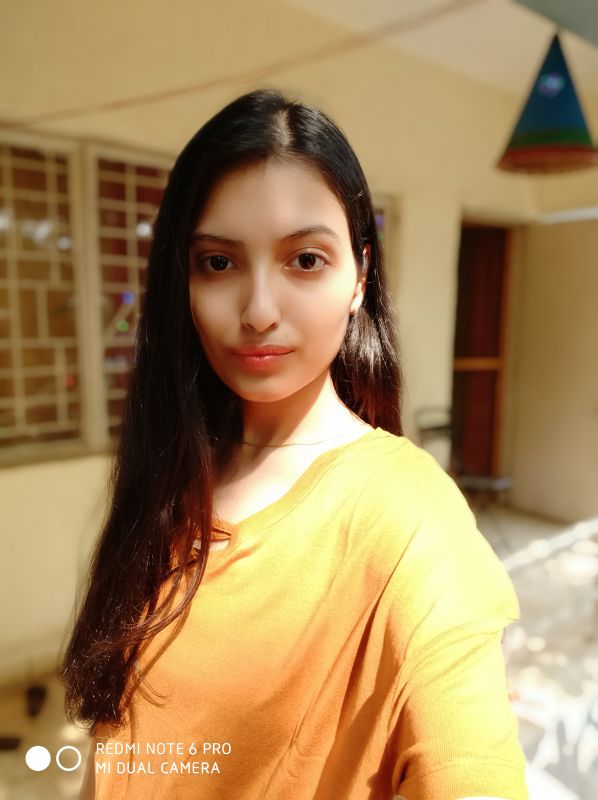 As for selfies, the 20MP front shooter manages to take some good shots and renders nice colours; however, the Beauty mode makes it too artificial and unnatural. One can turn off the Beauty and Advanced mode to get natural shots. The second 2MP depth sensor also helps capture slightly better portrait images.

Overall, the Redmi Note 6 Pro offers a better camera experience than its predecessor and definitely good in this segment. 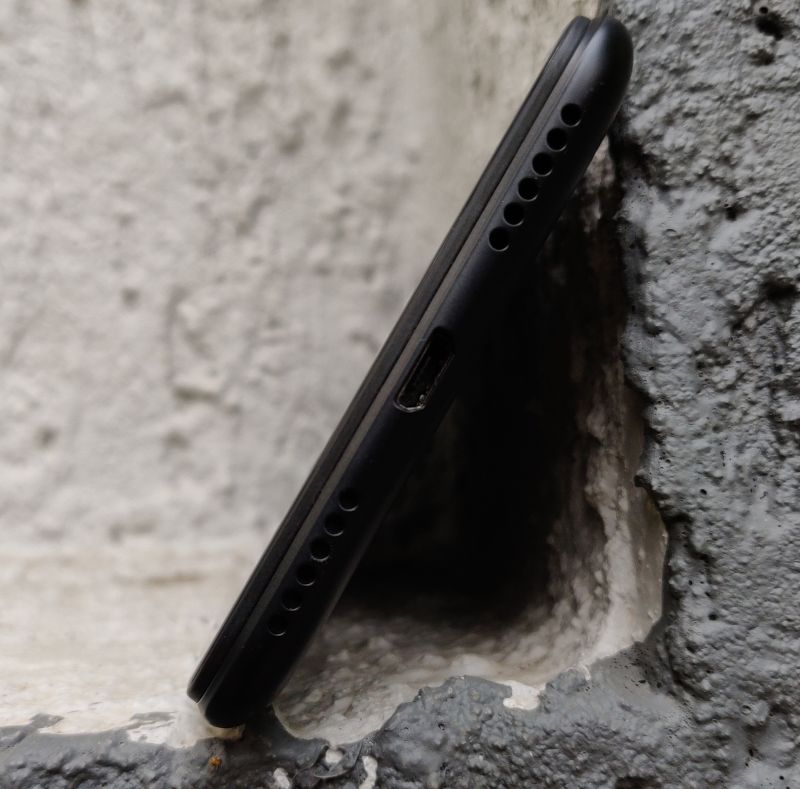 The Redmi Note 6 Pro offers the same 4000mAh battery as its predecessor and supports the same 10W of charging. The smartphone manages to deliver more than 25 per cent of battery life after a whole day of basic-to-moderate usage. However, this will completely vary from user to user.

Yes, Xiaomi seems to have done it again. The Redmi Note 6 Pro can be stated as yet another great offering for the price. It offers a large FHD+ 19:9 notched display, punchy panel, pretty powerful chip, four cameras and great battery life, making it a good deal. However, the smartphone offers the same old design and hardware as on the Note 5 Pro. The smartphone is priced at Rs 13,999 for the 4GB variant and Rs 15,999 for the 6GB variant. However, on the Black Friday sale, it will be available at a price of Rs 12,499 and 14,499 respectively.

There are other rival brands in the same budget space who offer really good smartphones —with a better chipset, good design, cameras and battery. There is also the Xiaomi Mi A2, which now comes with a price label of Rs 15,999, which offers an optimised and stock Android experience with regular updates, better cameras, same design and much powerful chipset. But the Xiaomi Redmi Note 6 Pro still does get our recommendation for those seeking an all-rounder smartphone on a cost-effective budget.