Software wise, the smartphone is tipped to come along with Android 7.1.2 Nougat. The device is hinted to be fuelled by a massive 4000mAh battery.

The Redmi Note 5 has been one of Xiaomi’s much anticipated smartphones, and the rumour mill has been churning out new leaks and half baked reports each passing day. The Redmi Note 4 successor has already been earlier in images, and now a few more have surfaced online. The new pictures suggest that the device will bear a bezel-less display.

Live images of the alleged Redmi Note 5 have been spotted on Weibo revealing the design of the upcoming smartphone. The newly leaked specs of the Redmi Note 5 are in line with the previous reports. 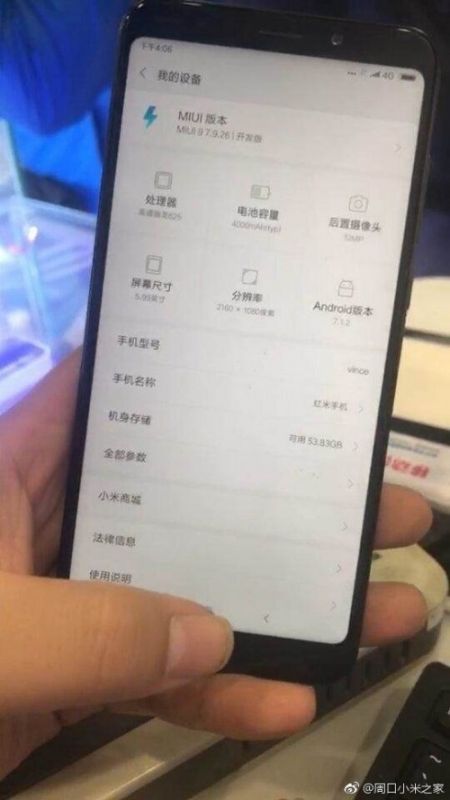 The smartphone is expected to feature a 5.99-inch display with 18:9 aspect ratio and will have the same processor as the Redmi Note 4 — Qualcomm's Snapdragon 625. It is said to have 64GB of internal storage but there’s no information whether the storage is expandable or not.

For imaging, the Redmi Note 5 is rumoured to boast a 12MP rear camera, while there is a 5MP front shooter for selfies. Software wise, the smartphone is tipped to come along with Android 7.1.2 Nougat. The device is hinted to be fuelled by a massive 4000mAh battery.