Honor 7S Review: Good to look at, difficult to live with

Honor has long been a player of the entry-level territory and its latest offering is the Honor 7S.
Rating:

The requirements and expectations from a smartphone varies depending upon its segment. Entry-level offerings won’t treat you with high-end processor, amazing camera and fancy features but all they are meant for is long lasting battery, easy interface, decent camera and capabilities to carry out the daily errands. Honor has long been a player of this area and its latest offering is the Honor 7S. The device goes on sale through a weekly flash sale which is Xiaomi’s traditional style of selling its smartphones, along with a few other brands. 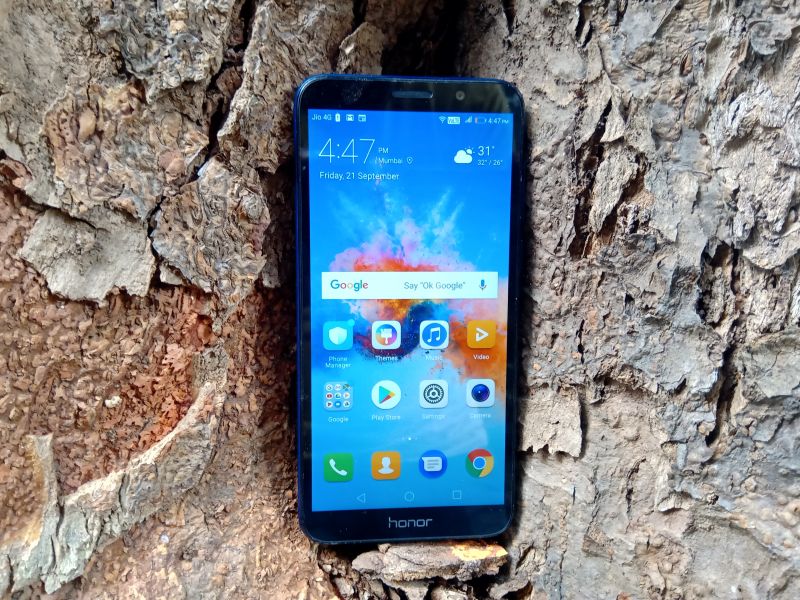 The Honor 7S, at the price of Rs 6,999, goes head-on against the Xiaomi’s Redmi 5A (or the recently launched Redmi 6A) but the latter is something buyers wait for it to go on sale. The reason for that is its satisfactory performance, good camera and a long-running battery. Well, does Honor’s 7S manage to tick all of these boxes or it loses to its good old alternatives (such as Redmi 5A and iVoomi i2 Lite), we find out. 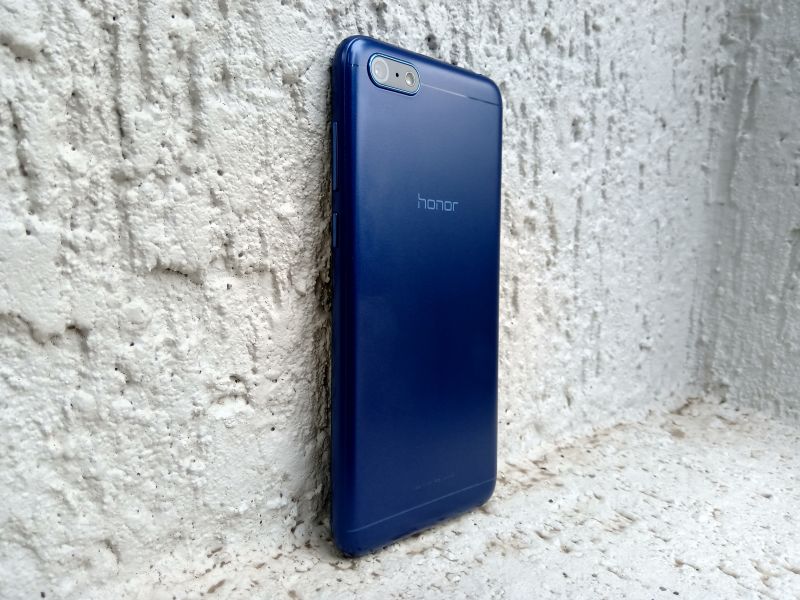 Undeniably, Honor and Huawei (its parent company) devices never fail to impress us with their eye-catchy looks and the 7S is no different. In its segment, it’s certainly one of the best-looking smartphones with the nice-looking plastic rear panel with curved edges. The camera and flash module sit horizontally stacked along the antenna lines while the Honor logo at the centre only accentuates the overall look. 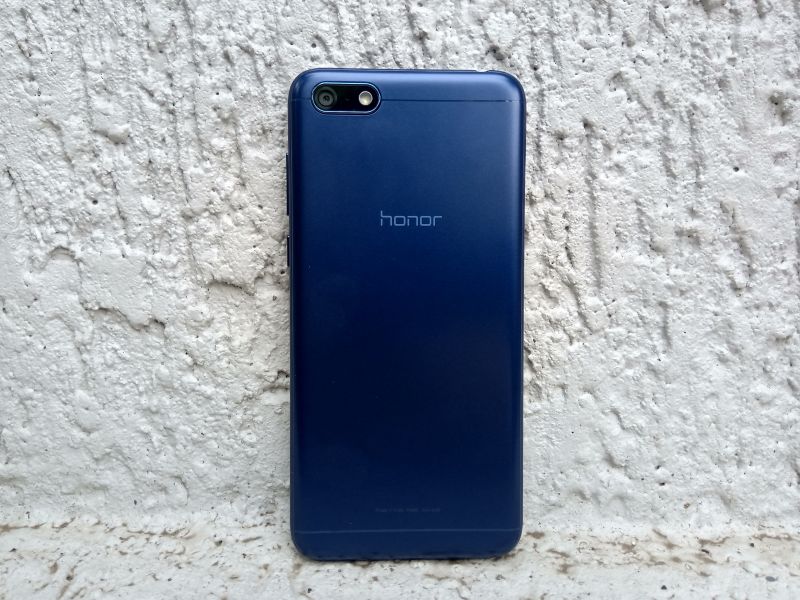 At the front, there’s yet another brand logo on the chin while the earpiece (which acts as a speaker), front camera and the proximity sensor settle on top. The volume rocker and power button have been placed on the right side which are easy to reach. On the left side, there’s a SIM tray which incorporate two slots for nano SIM cards and a dedicated micro SD card slot which is admirable for a phone at this price point. 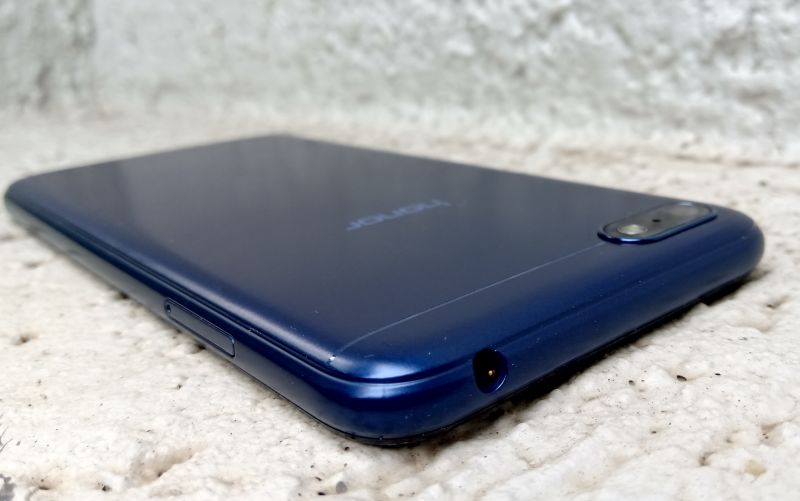 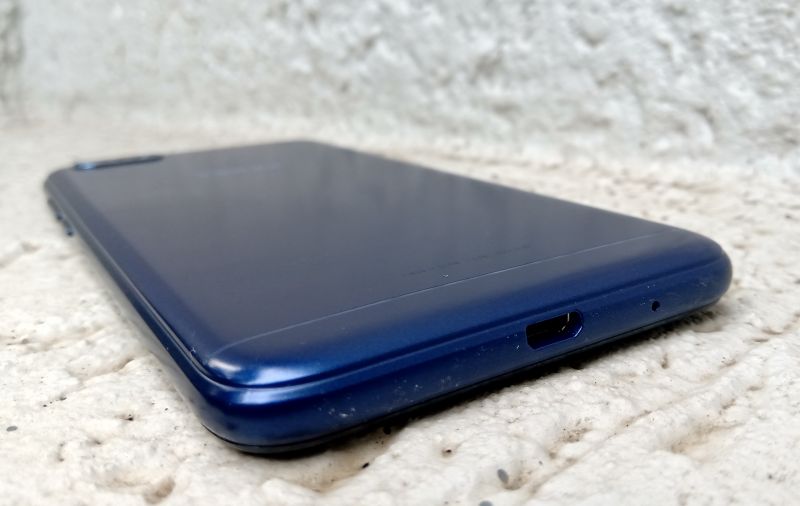 The 3.5mm headphone jack has been slotted on top of the device and the micro-USB charging slot is present at the bottom. The placement of the headphone jack calls for a bit of inconvenience, especially whilst holding the phone straight. Cosmetically, the Honor 7S is a good-looking smartphone and its unibody plastic build felt sturdy during the usage. However, the screen attracts a lot of smudges while the rear side stays devoid of any, despite using it without a case. 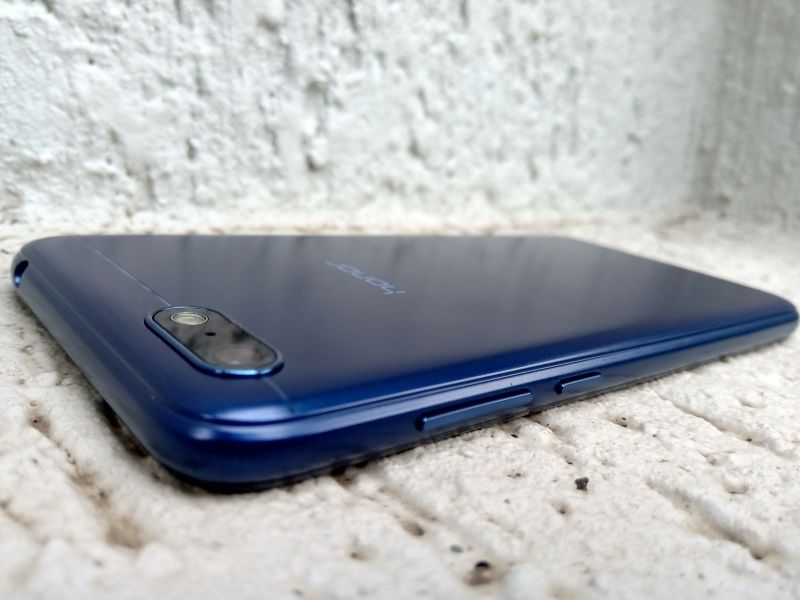 The Honor 7S sports a 5.45-inch IPS LCD display which renders images at 1440 x 720 pixel resolution. The panel lets out adequate brightness and the colours are punchy too. With the decent levels of contrast, the blacks and whites are distinguished properly. When it comes to outdoor visibility under bright sun, the legibility is just about satisfactory while the viewing angles are good with everything clearly visible even when viewed from extreme sides. 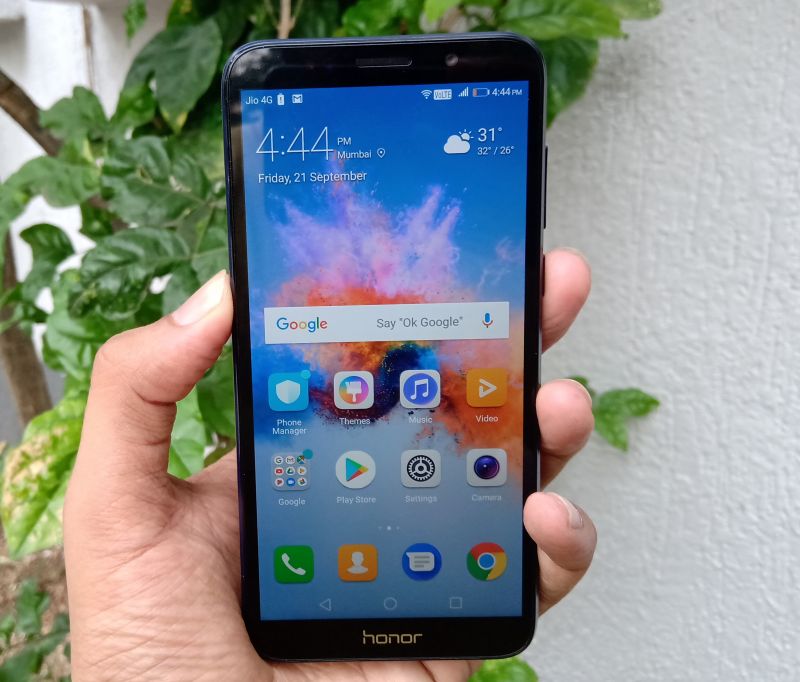 The Honor 7S is powered by the MediaTek MT6739 chipset along with the 2GB RAM and 16GB internal memory which is expandable upto 256GB. It runs the Android 8.1 Oreo operating system which is highly customised with the EMUI 8.0 skin. The software of the Honor 7S (and all the Honor phones for that matter) is highly bloated with various options for changing the theme, icon style, app drawer and launcher. You also get Honor’s own gallery and camera app. 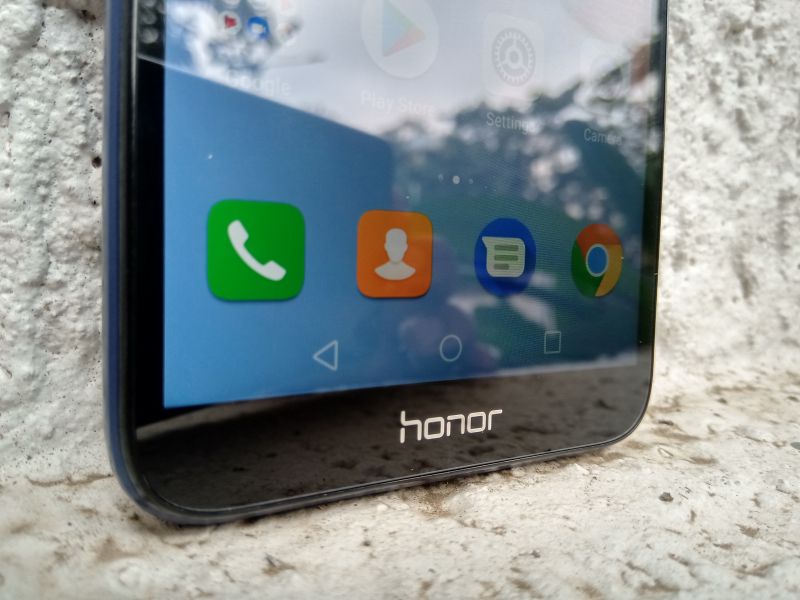 Smartphones at this price range are supposed to carry out the basic tasks without any fuss. This includes capturing photos, scrolling through social media, making calls, sending messages and playing casual games. And whilst executing all this on Honor 7S, you are ought to get disappointed with the lags and stutters creeping in intermittently. Loading of the apps is considerably slow and running even four or five apps in the background makes the phone extremely sluggish. This can be noticed when you come back on the Home screen from an app and the icons take too long to appear. 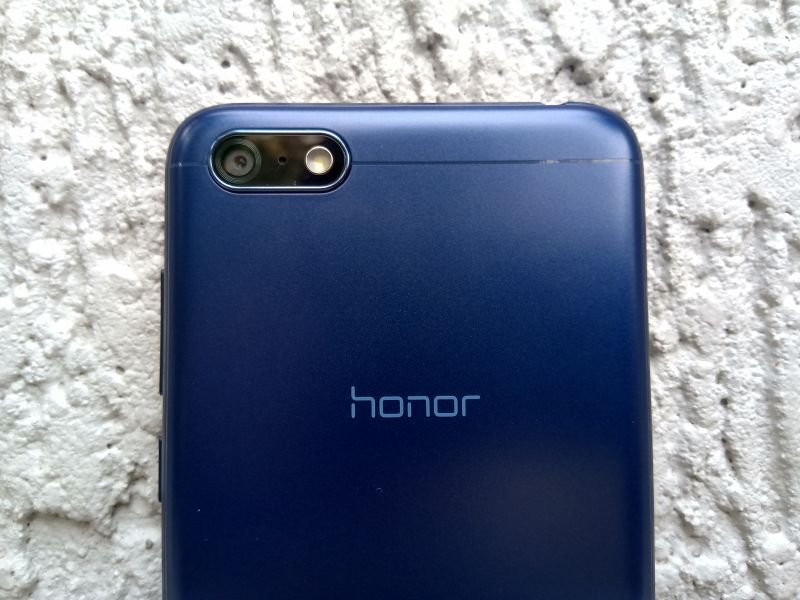 We also tried casual gaming on the Honor 7S playing Subway Surfer and Temple Run and they worked fine with occasional hiccups. The absence of fingerprint sensor is compensated by the availability of face unlock feature. In ample of ambience light, it manages to unlock the phone with a slight delay but, in the moderately low light, it clearly struggles to unlock the phone.

Honor 7S gets the company’s exclusive camera app with features such as HDR, Beauty level adjustment, panorama and various filters to add a pinch of fun to your photos.Coming to its performance, the photos taken up close an object significantly impresses you with the crisp details and vibrant colours. The brightness and contrast levels are also well contained. 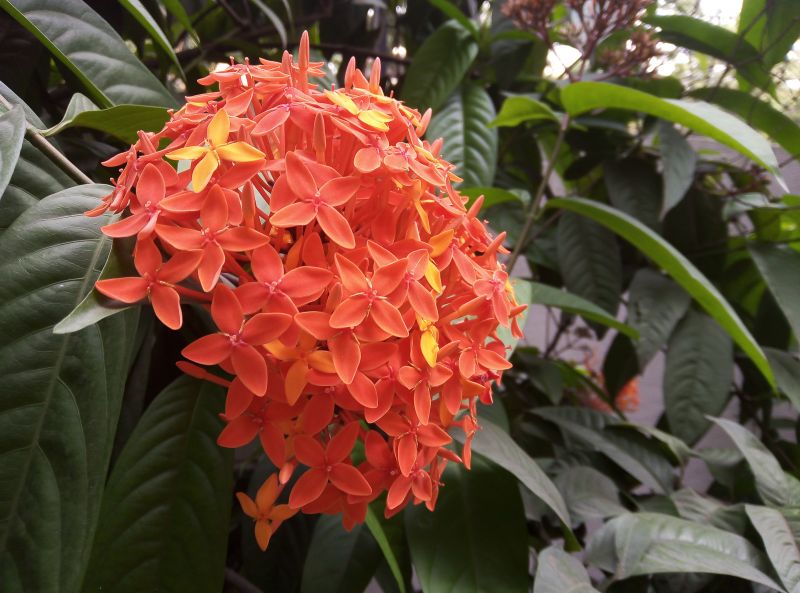 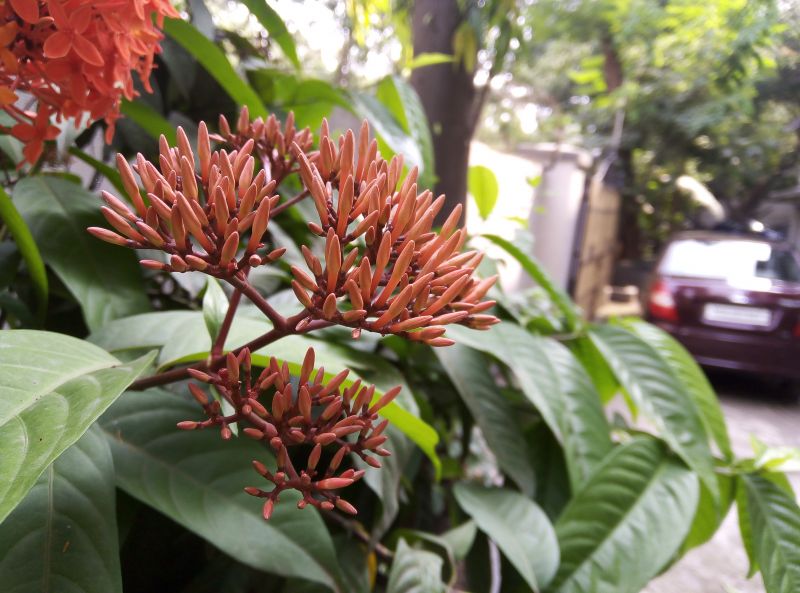 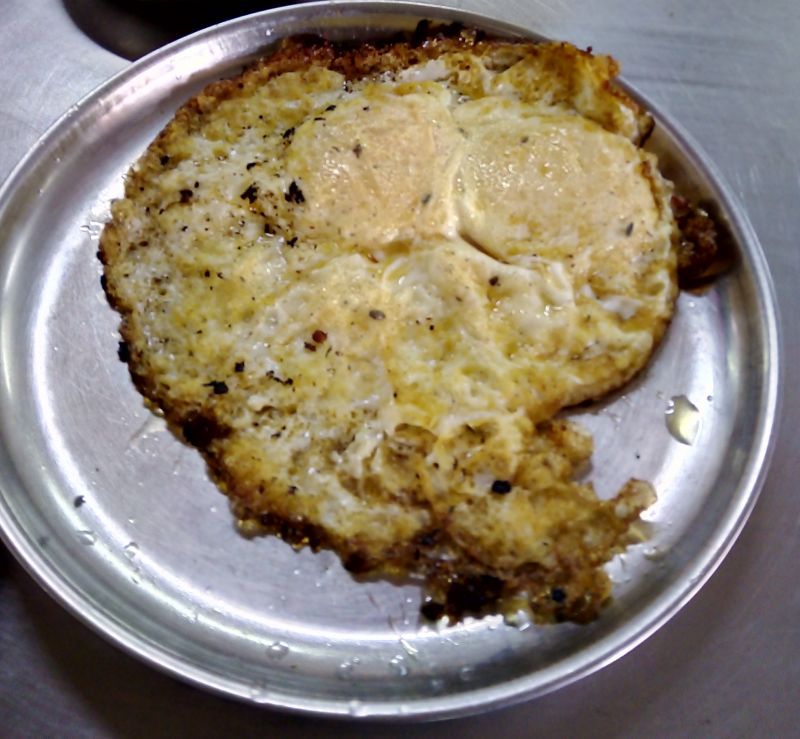 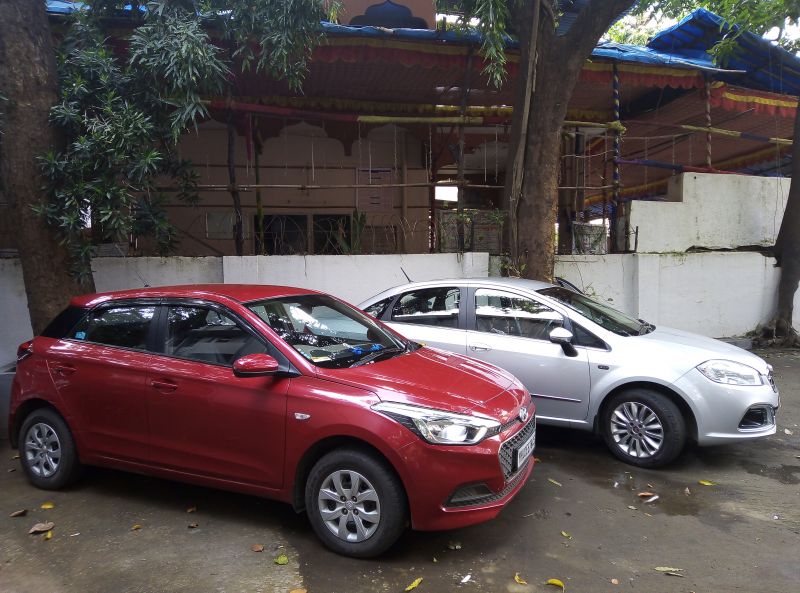 While the colour rendering is interesting, we witnessed certain areas being washed out, where the whites are intense. Overall, the pictures appear decent with natural colours and good details. Selfies might impress some as it artificially beautifies the face even if you select the lowest beauty level but it loses out on details while doing so. Low light photos aren’t something to be admired as details fade for several objects and the colour rendering is also not efficient. Moreover, it also struggles to focus while capturing shots during very low light. 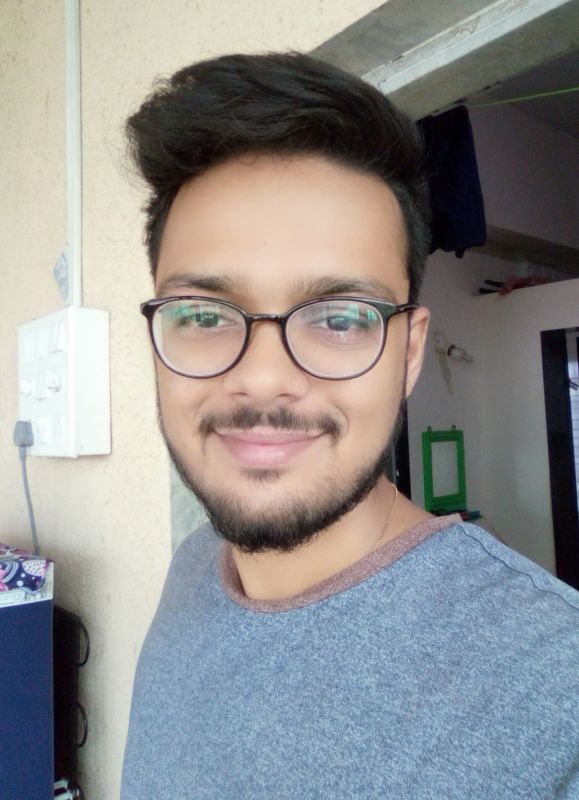 The battery is a major concern when it comes to entry-level smartphones as one would expect it to last at least one full day on a single charge. The 3020mAh battery of the Honor 7S fulfills one’s expectations. Carry out regular smartphone activities on this device, such as fiddling with social media, taking some photos, listening to music and some videos, and you are still left with some juice at the end of the day. Even playing casual games and longer video streaming sessions won’t fully empty it either. 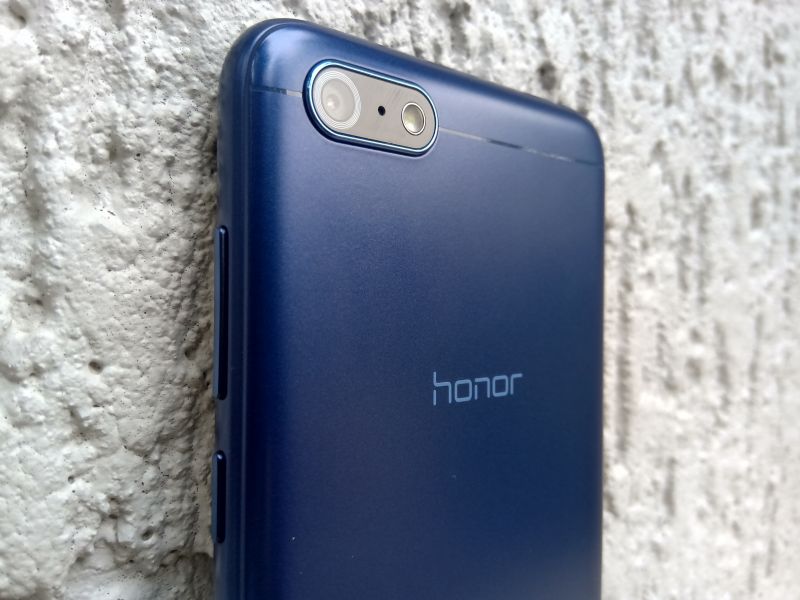 The Honor 7S is a good looking smartphone housing a decent camera along with a vibrant and bright display. However, when it comes to performance and hardware, the device isn’t easy to live with. The standard operations take longer to execute which end up being annoying at times. Owing to the high amount of bloatware, the software doesn’t appear to have been optimised and the RAM management is not even average. Although we cannot expect these things to be top notch at the price of Rs 6,999, you can get better results if you look away for the alternatives.