The phone also has a 6.59-inch FHD+ AMOLED display with a display that refreshes at 120Hz. (Photo: India Today)

The demand for dedicated gaming phones has kept the hype alive and we see new devices each year. After options from Xiaomi’s Black Shark and Nubia’s Red Magic Series, Asus has come out with the ROG Phone II, the successor to the original ROG phone.

ROG itself stands for Republic Of Gamers, and the phone does everything to symbolise that spirit. The ROG Phone II bears a little resemblance to the original ROG Phone, which is okay because the device was stunning, with the asymmetric pattern on the back.

Popping under the hood, the ROG Phone II is the very first smartphone to come out with the new Snapdragon 855 Plus, which is the fastest processor out there right now. The phone also has a 6.59-inch FHD+ AMOLED display with a display that refreshes at 120Hz. It also boasts of a touch latency of just 49ms and features a huge 6,000mAh battery.

Here are the complete specs-

Asus sticks to the mantra that made the original ROG Phone immensely successful, a plethora of modular accessories that enhance the gaming phone’s abilities. 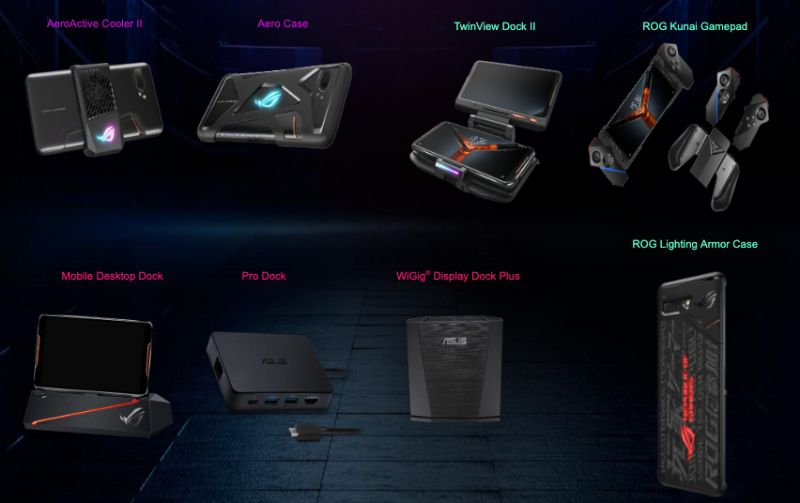 The ROG Phone II too comes with its large arsenal of accessories, consisting of an attachable cooler, a ‘aero’ case, a twin-view dock that gives you a secondary display to make use of, a clip-on gamepad, three different docks, and a ‘Lightning Armor’ case.

While the official price for the phone isn’t out yet, expect the gaming beast to be priced around USD 900 or roughly Rs 62,000.