Samsung Knox: All you need to know

Knox is actually beneficial in an enterprise environment where the administrators can use it to keep business and personal data separate and secure, ensuring that no threat is caused by an unknown application or a potential user to the business data.

If you think your Android smartphones are safe as far as your data is concerned, think twice. Billions of Android smartphones out there are vulnerable to hackers and remote attacks. Your data is never safe, especially when you download apps from third-party sources. Sadly, there are still a bunch of snooping apps that contain adware and malware still on the official app store, which are being detected and taken down by Google. While it is very difficult for a common user to detect any threat from regular apps, it is certainly not as difficult to stay safe. 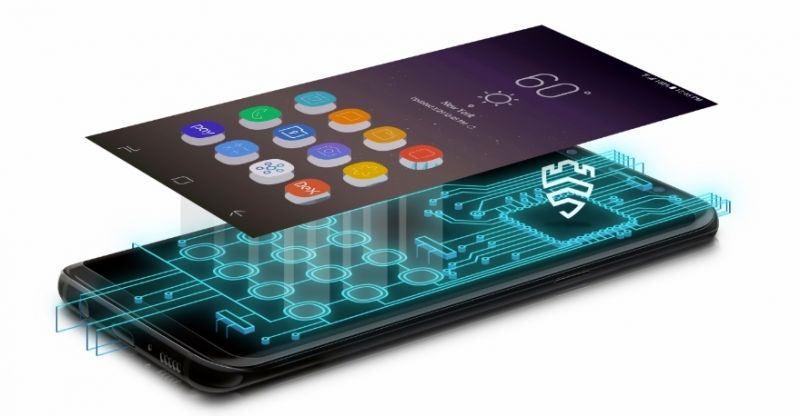 There are many security apps out there that can help you detect and fight malware apps. However, there seems to be no confirmation if they can help detect, block and eradicate the said threats, since hackers are getting smarter to bypass these security apps. The only method to make your Android smartphone safe and foolproof is to make sure the protection is from the operating system layer. Apple’s iOS is comparatively very safe, and works on the sandboxing principle, but Android smartphone brands fail to provide this secure layer to their consumers. The main reason is increased costs involved in the bargain.

But if you wish to ensure that your data is safe, you should take a look at Samsung’s Android smartphones that provide this sandboxing feature — called Knox. Every Samsung Galaxy smartphone out there comes with Samsung’s Knox. The Knox layer is a military defense-grade security system that helps protect your smartphone from malware and remote attacks.  This mobile security system from the chip up is trusted by many governments worldwide.

Knox is a multi-layered platform built into both the hardware and software of Samsung’s latest devices. Knox constantly verifies the integrity of the device through a chain of security checks that begin at the platform level and extend to the operating system, and detects any tampering to ensure your data is always secure. This secure system can be used for all users — be it a common daily smartphone user to enterprise-level requirements. Samsung’s Knox platform is built into their smartphones, tablets, and wearables at the manufacturing stage itself.

Knox is actually beneficial in an enterprise environment where the administrators can use it to keep business and personal data separate and secure, ensuring that no threat is caused by an unknown application or a potential user to the business data. In short, what you do in your personal space on your phone, cannot be sent or pushed to the business layer, and vice versa, to ensure that data is safe and not leaked out. Hence, the isolation on the two layers makes it easier for companies to manage and monitor their data’s safety. Since the employees will surely be using the smartphone at home and on insecure wireless connections around the world, it is necessary that businesses isolate that behavior. In short, employees can use a common device for both their business and personal needs, and Samsung’s Knox is a technology that allows business and personal data to securely coexist on the same handset. 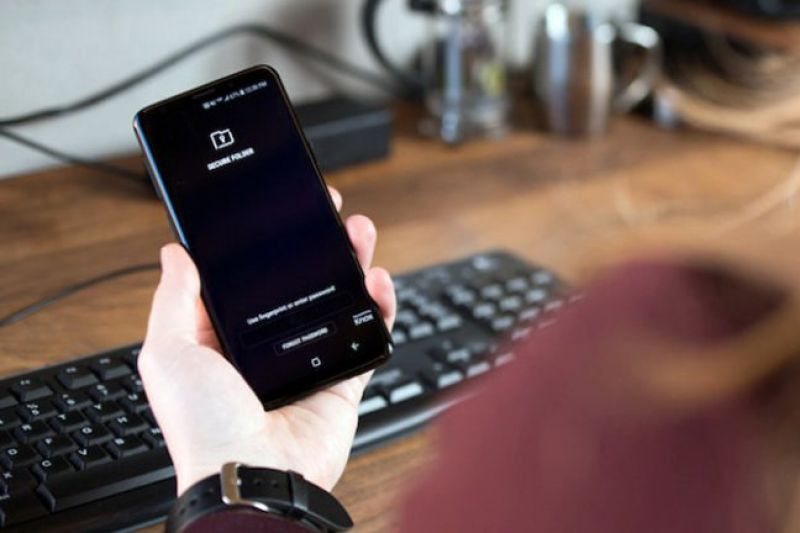 Why is Knox important?

Samsung’s Knox helps companies ensure that the devices used by employees have isolated personal and business data environments to prevent sensitive company information if the risk of loss or theft.

How does this function?

A simple press on the Samsung Knox icon on a compatible Samsung Android smartphone will automatically switch between personal and business modes, and allows to seamlessly navigate between the encrypted content. No need to reboot the device.

There are a plethora of Samsung devices that support Knox. Samsung’s smartphones, tablets, and watches are supported. Here is a complete list of devices from Samsung that feature Knox support.

When does Knox work?

Knox will not only work your device when it is switched on, it also protects your device when it boots and also when it is switched off. Even when your device is off, all your data is encrypted by default. The encryption key is stored in a secure area called TrustZone in the device chipset. During boot-up, Knox platform checks for authorized (unrooted) firmware and checks for device software integrity. At run-time, the kernel is continuously monitored and protected. If compromised, security-sensitive apps are locked.

How does Knox work for businesses?

Knox in a business environment is a robust solution which allows the IT administrator of the office to configure each and every employee’s smartphone from one single place. All he needs to do is create a profile and manage the devices from a cloud-based Knox dashboard to setup the device. 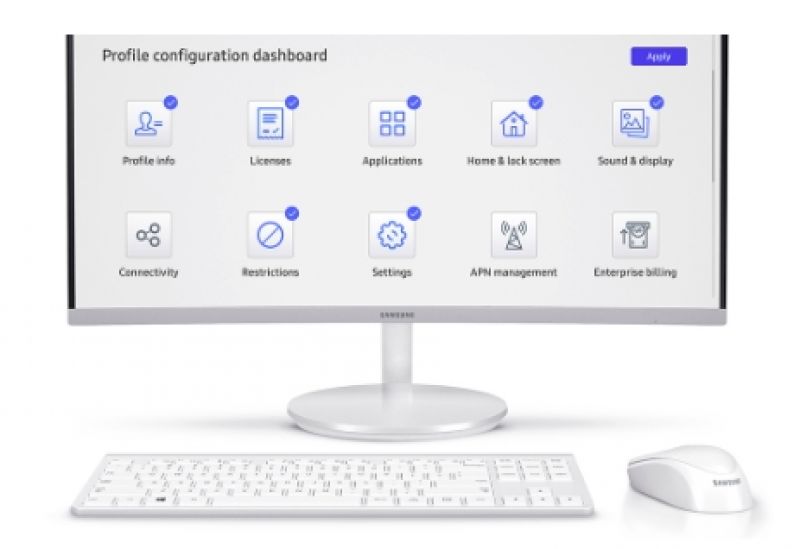 The smartphones on the company-based Knox can then include profiles for corporate Wi-Fi, APN, bootup animations, home screen customizations, secure folders and much more. 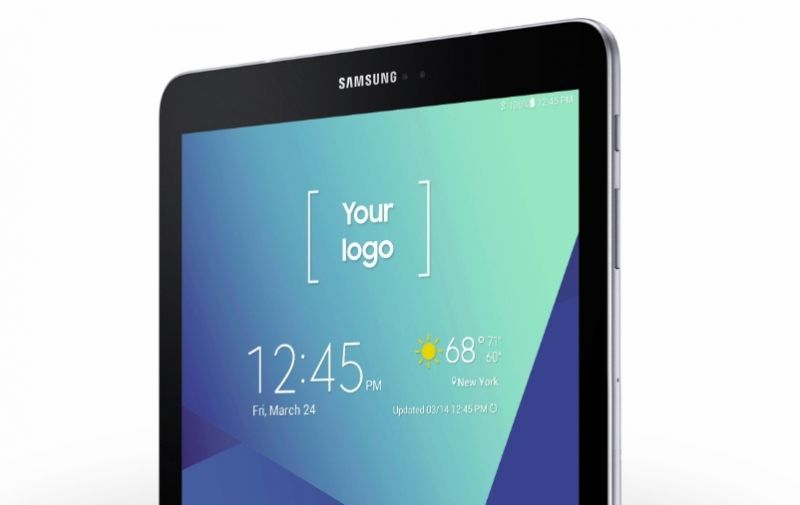 What about individuals? Can we use Knox?

Yes. Knox is not only for businesses, but also for individuals who are using it as a complete personal device. Each and every person using a smartphone today is definitely using banking and wallet apps apart from other data-sensitive private apps.

Financial, health, and government information is kept safe. For example, when using Samsung Pay, Knox ensures your card information is encrypted in a separate and secure data vault at all times. Using Secure Folder, Knox makes sure your personal and private data is encrypted and isolated from other apps.

Why does Knox matter?

The NSA in 2014 approved Knox, which broke NSA's long-standing BlackBerry-only approach, effectively declaring Knox-supported Samsung devices completely fit for government work. Hence, Samsung devices can be claimed as one of the most secure devices after BlackBerry. Since many companies are now adopting BYOD, deployment of strict policies and secure profiles in a work environment is necessary.

Can businesses tweak Knox according to their requirements? What are the limitations?

With the increasing use of smart phones in businesses, Samsung KNOX addresses the mobile security needs of enterprise IT without invading the privacy of its employees. The multi-faceted security solution is rooted in the tamper-resistant device hardware, through the Linux kernel and Android operating system. KNOX is conveniently integrated with existing MDM, VPN and Microsoft Exchange ActiveSync, enabling one to tailor a security solution that best fits the need of their enterprise.

Knox Customization is a comprehensive set of tools and services that allows businesses to customize and deploy end-to-end mobile solutions. The Knox Customization SDK can be used to develop purpose-built devices for vertical markets. For example, you can develop informational kiosks for hospitality, in-flight entertainment systems for airlines, or point-of-sales devices for the retail industry. For even deeper customisation of Samsung devices, Knox Customization Services offer consultation and development assistance to produce unique software for business and enterprise needs. The Knox Customization SDK allows one to develop an app that seals Samsung Android smart phones. It is also possible to present just one or a few key apps and prevent or restrict access to the underlying Android system. The Knox Customization SDK includes the Knox Standard SDK, which enables one to further configure and customize smart phones for specific applications. Unlike plain vanilla Android that can only address only about thirty IT policies, Samsung KNOX meets more than 500 IT policies.

Knox is being used at multiple places and domains where security of mission critical or sensitive data is paramount — be it the BFSI segment, customer eKYC authentication, education, agriculture and a myriad of Government departments.