These smartphones are IP68 rated for waterproofing and dust resistance.

LG has introduced its latest midrange smartphone – the LG Q7 with AI and new camera features. The LG Q7 will be available in three configurations of Q7, Q7+ and Q7α, depending on the region and market. 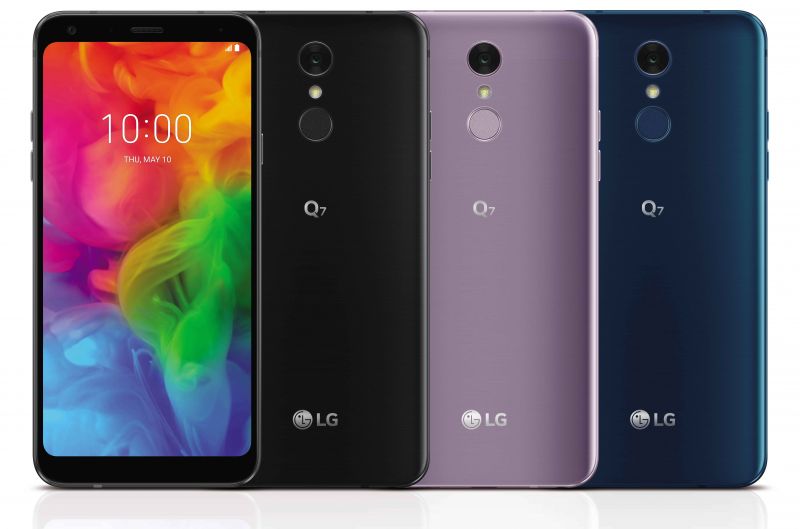 In terms of camera, the LG Q7+ features a 16MP rear camera with PDAF and on the front, it comes with 8MP or 5MP (Super Wide Angle 5MP only) camera. The Q7 features the same front camera but the rear camera features a 13MP sensor with PDAF. Furthermore, the Q7α comes with a 13MP rear camera and a front 5MP (Super Wide Angle) sensor. All the cameras include LG's QLens AI feature, which helps users to use the primary camera to improve the image searching and online shopping experience and support portrait mode features as well.

The LG Q7 claims to offer DTS:X to deliver virtual 3D surround sound, up to 7.1 channel audio through headphones and the LG Q7+ comes equipped with Hi-Fi Quad DAC for richer sounds without distortion when paired with high-quality earphones.

Weighing around 145g, the LG Q7 phones run on Android 8.0 Oreo out-of-the-box. It is fuelled by a 3000mAh battery and supports Qualcomm’s Fast Charge technology, which further can be charged with equipped USB Type-C port. In addition to the Face Recognition, the phones also feature fingerprint scanner on the back for added security.