In the real world, a lot of adaptation has to be made for Windows 10 on a palm-sized device. (image:bgr.com)

Windows 10 is a highly productive operating system that has the capability to make a major part of our lives easier. However, the problem with Windows 10 is that it needs a powerful machine to stretch itself and show its true potential. If the device has to have powerful specifications, it needs to be big, bulky and have cooling fans; something like a laptop to run a powerful application like Photoshop. There are slimmer and lightweight Windows computers that can do part of the intensive work, but are computers nonetheless.

Microsoft thought about this issue last year and with the almost dead Windows Mobile platform, it wanted to enjoy a share of the pie that is dominated by Android and iOS. So, they teamed up with Qualcomm – the makers of the Snapdragon chipsets and worked with them to emulate a full blown 32-bit version of Windows on an ARM architecture based processor. Microsoft said that they wanted to take advantage of Qualcomm’s lightweight computing processors that are power efficient and can run standard desktop apps with ease.

What Microsoft has done is emulated the CPU instructions set to adapt on the ARM architecture. The benefits of that are – all the older Windows programs with an extension of EXE or MSI will run on lighter mobile devices in parallel to UWP apps of the standard Windows 10. It is not a continuation or a new version of the Windows RT, but a complete Windows 10 OS on your palms.

Now, the Samsung Galaxy S8 has the SD835 chipset in Canada and US. Microsoft and Qualcomm stated that the 835 will be the first chipset to officially support Windows 10. So, does that mean you can use Windows 10 on your Samsung Galaxy S8?

On paper, it is possible to do so. However, in the real world, a lot of adaptation has to be made for Windows 10 on a palm-sized device. It is difficult to navigate through Windows 10 on a screen less than 12-inches. Microsoft stated last year that the first ARM-based devices will be lightweight laptops with great battery backup. But mobile devices have smaller screens and the interface needs to be changed slightly to adapt practically to a smartphone user. So, some kind of a skin needs to be placed atop Windows 10 to make it work with the upcoming smartphones. 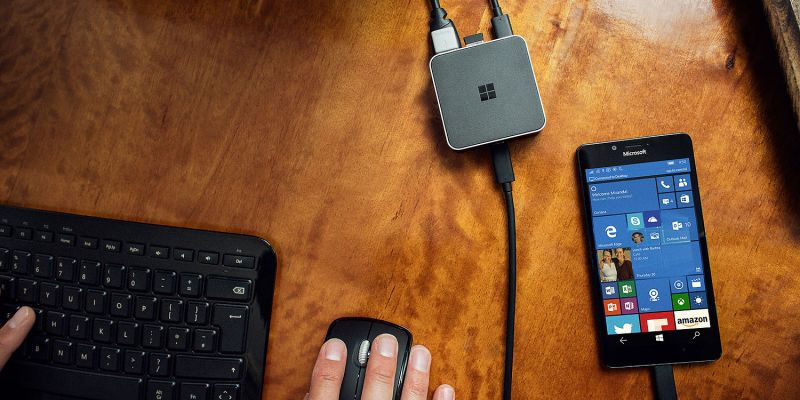 Does this point out towards a revival of the Windows Mobile platform in the upcoming months? Rumours in the air suggest that Microsoft is working on the Surface phone that can be equally productive as a Windows computer. The Lumia series of devices had an immensely backward OS that was itself in a dilemma over its existence. With the ARM support for Windows 10, Microsoft has the chance (and maybe it is already doing) to put the 835 chipsets in its alleged Surface phone and put a revamped version of its previously loved Metro UI on top of the ARM-based 32-bit Windows 10. We could see someone using Adobe Photoshop or playing the original Need For Speed Most Wanted on his/her Windows phone (sounds weird) sitting next to us. Maybe that’s why Microsoft keeps the name of the Windows Mobile alive through its existing Lumia devices even though they themselves have lost the interest to push new apps or any form of support to the platform. It also seems that Microsoft’s decision to sell the Galaxy S8 through its retail stores and preloading it with Microsoft apps is a sly attempt at staying in an Android user’s consciousness. Microsoft has already tied up with a lot of Android OEMs as well to preload their Microsoft apps. This could be a master game plan to eventually wipe off Android and iOS in their own field and re-establish Microsoft’s overall rule in the long run.

Android has challenged Windows in the recent times in terms of consumer OS preference and is constantly evolving to become an inseparable part of your life. However, there’s no denying the fact that you still open up your Windows laptop for doing real work instead of taking out your Android/iOS tablet or your smartphones. It would be really interesting to see the good old Windows adapting to the newer times and taking the number one spot yet again.