Samsung recently unveiled flagship Galaxy S8 and S8+ went on sale in the US, Canada, Puerto Rico, and Korea, and the company looks to resurrect its mobile business after the Note 7 fiasco. The pre-order numbers for the Galaxy S8 in Korea are encouraging for the company counting over a million units, while analysts are predicting global sales to reach at least 45 million units.

The company was expected to incorporate a dual camera setup on the rear panel of the device, but the rumours were put to rest when the company unveiled the device with the same 12MP dual pixel camera module found on the Galaxy S7. However, Samsung has tweaked the software powering the f/1.7 lens in an attempt to improve image processing. 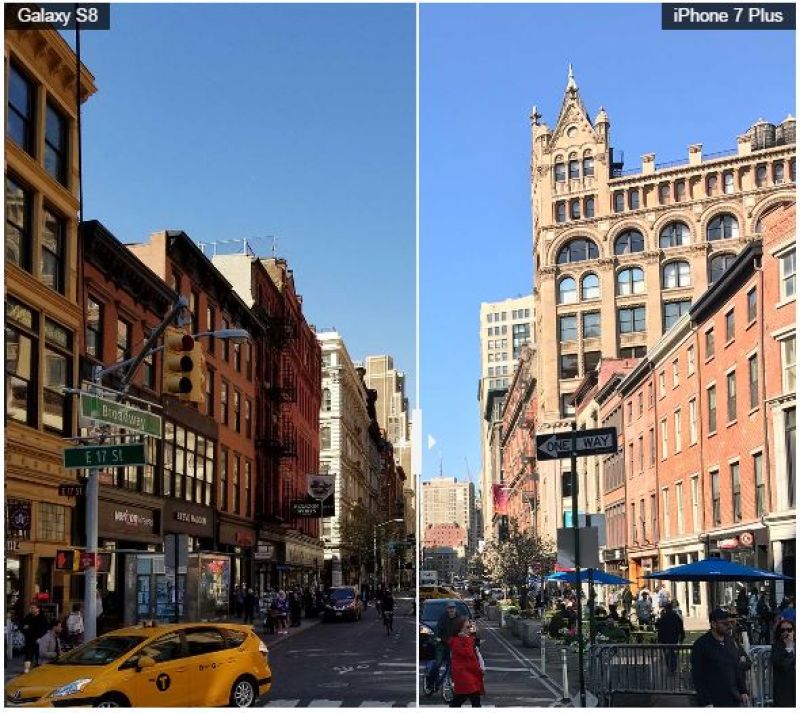 Tom’s Guide recently posted a picture comparing the low-light photo quality of the Galaxy S8 and iPhone 7 Plus. Overall the Galaxy S8 proved to be a tad higher in terms of the details and the low light pictures. Samsung's new device bested the iPhone 7 Plus in well-lit night time and low-light shots, offering richer colors, sharper subjects, and more detail in indoor and outdoor tests.

Apple is said to be testing a new dual-lens camera system similar to the iPhone 7 Plus. If rumours are to be believed, the iPhone 8’s front shooter will feature a new 3D-sensing system capable of the depth and location of subjects.