iPhone 8: Apple patents fingerprint sensor within the display itself

2017 will mark the 10th anniversary of the Apple's iPhone.

2017 will mark the 10th anniversary of the iPhone and it seems like Apple has a major iPhone redesign planned for this occasion. Several rumors have been taking the rounds for quite some time suggesting the device is set to come in a glass body and edge-to-edge OLED display that includes an integrated Touch ID fingerprint sensor within the display itself.

It is now official that the future iPhone will in fact come with this integration as a patent called ‘Capacitive fingerprint sensor including an electrostatic lens’ was recently published on the official US Patents and Trademark website. 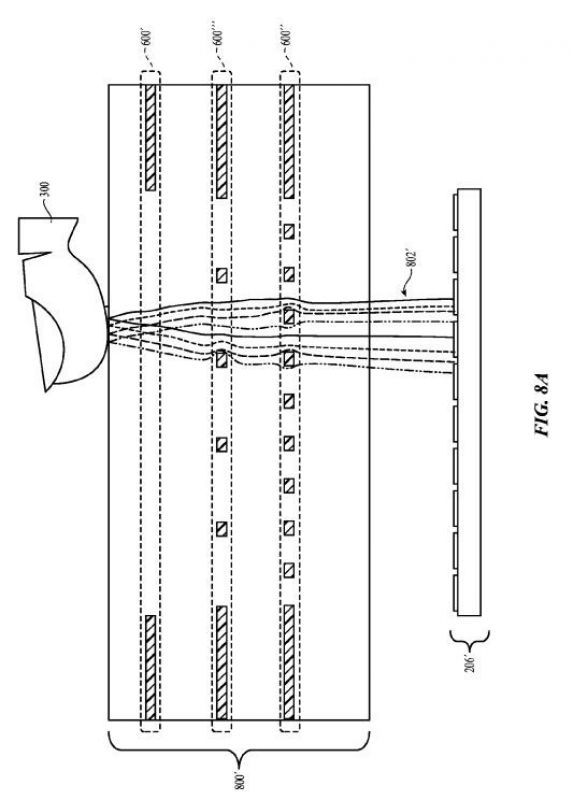 Apple's patent shows how the fingerprint sensor will be integrated in the display itself.

The description further goes on to explain how exactly the fingerprint sensor integrated within the display will work.

The drawings also suggests that the device might not consist of a Home button. Apple had originally filed this patent back in September 2014. However, the patent was only approved earlier this month.

Apple explains how with this feature, they plan on offering increased accuracy and security.

‘The effectiveness of biometric security systems may be affected by the accuracy with which the unique biometric data on which they are based is able to be detected. In the case of fingerprint identification systems, this means that improved detection resolution may lead to improved security for the secure device. Thus, improving detection resolution is a significant issue in such systems,’ the patent read.