HMD Global has introduced its latest smartphone called Nokia 6.1 Plus, which is an upgrade to the Nokia 6.1 device, launched earlier this year. Alongside, the company has also unveiled the global version of the Nokia X5 — the Nokia 5.1 Plus.

The Nokia 6.1 Plus is priced at Rs 15,999 in India and the Indian price of the Nokia 5.1 Plus will be revealed later. The Nokia 6.1 Plus flaunts a 5.8-inch full HD+ notched display, protected by Corning Gorilla Glass 3. Under the hood, the device is powered by an octa-core Snapdragon 636 chipset, clubbed with 4GB of RAM and 64GB of internal storage, which is expandable up to 400GB. The Android one smartphone runs on Android 8.1 Oreo. 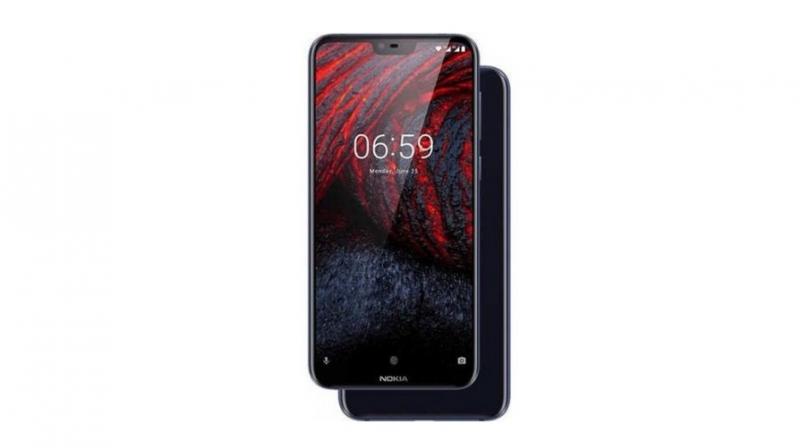 It is backed by a 3060mAh battery with fast charging support. There is a dual rear camera setup, consisting of a 16MP sensor and a 5MP sensor assisted by a dual-tone flash module. For selfies, the device features a 16MP sensor. Connectivity options include Bluetooth 5.0, Wi-Fi, 4G VoLTE, USB Type-C, GPS, and a 3.5mm headphone jack. Sensors on board include a proximity sensor, an ambient light sensor, an accelerometer, gyroscope and digital compass. It will be available for purchase via the company's own online store and Flipkart from August 30 and is already available for pre-orders.

On the other hand, the Nokia 5.1 Plus runs on Android 8.1 Oreo, MediaTek Helio P60 chipset and features a 5.86-inch HD+ display with 19:9 aspect ratio, and an 84 per cent screen-to-body ratio. The device sports a 13MP+5MP dual rear cameras and an 8MP shooter. It is kept alive by a 3060mAh battery. HMD Global will make the 5.1 Plus go on sale in India in September.