Vivo APEX 2019 the Waterdrop gets official on January 24

Vovo teases the APEX 2019 aka the Waterdrop.

Earlier on this year rumours about a mysterious smartphone from Vivo began doing the rounds dubbed the ‘Waterdrop.’ The handset was expected to make its official appearance at CES 2109; but, Vivo like most smartphone manufacturers have held off from revealing new products during the consumer electronics show. Now, the Chinese smartphone manufacturer has teased the handset on its official Weibo page and in the process confirming that it will be called the Vivo APEX 2019 and it will be introduced on January 24 2019. 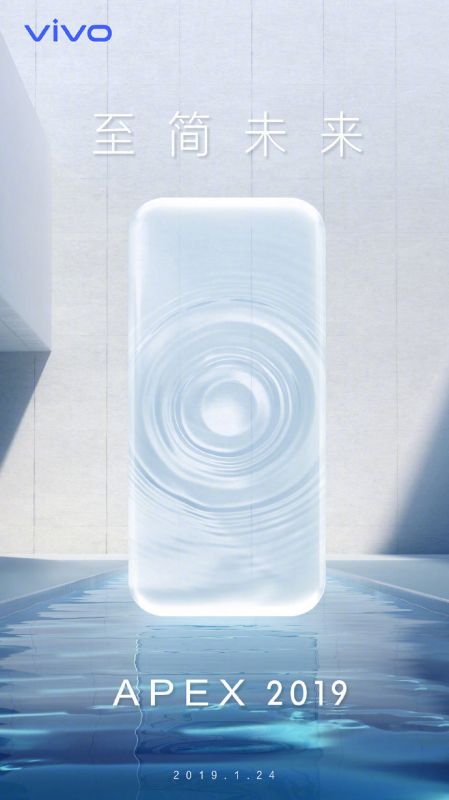 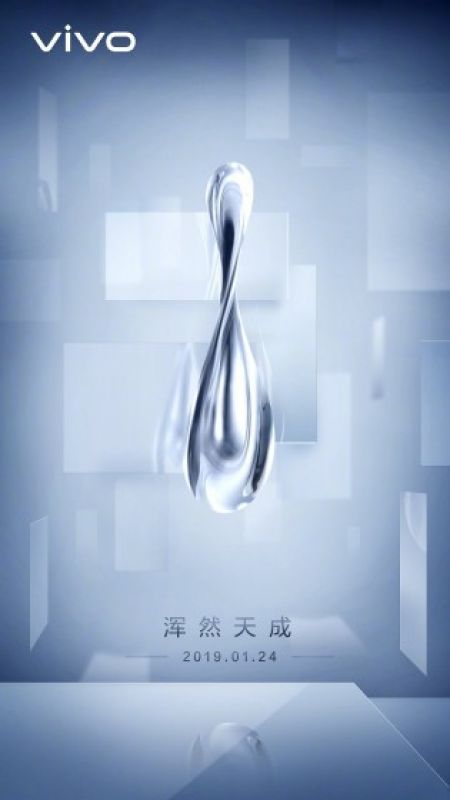 Last year, Vivo announced the APEX handset which, once launched was unveiled as the NEX. The handset came with some unique features that included a pop-up camera, an all-screen display without any notch and an in-display fingerprint sensor. From the looks of it, it appears that the China-based brand is not resting on its past success and will debut a handset this year that boasts a design that we have never yet witnessed.

Earlier this month, in a series of tweets, @IceUniverse, who has a stellar track record for revealing smartphones that haven’t been announced yet, has dropped a few bombshells detailing a mysterious device from Vivo that’s codenamed Waterdrop. @IceUniverse states, “Crazy phone have begun to leak, it is said that this is vivo a mysterious smartphone code-named "The Waterdrop", this phone will subvert people's past perception of smartphones, this is the back of the phone design, play your imagination. Coming soon!” The tipster adds, “The Waterdrop" is inspired by the cosmic detector in the novel "Three-body" I can guarantee that you have never seen a similar phone design, this is the first time in the history of mobile phones.”

We have to wait a few days more to see what Vivo will announce and from the looks of it, it’s shaping out to be as interesting as last year’s APEX.