Google’s Pixel 2 and Pixel 2 XL have been the talk of the town since they were unveiled earlier this month. These phones have been all about smart software and an extremely capable camera sensor. With a DxOMark of 98, it is right now the best smartphone you can buy for photography. Now, Google has talked about its hidden nuke in the Pixel 2’s photography detail that will improve photos drastically.

Both the Google Pixel 2 models come built-in with an in-house designed image processor called the Google Visual Core. This is a standalone image processor that will be used to take greater HDR photos from Google’s Camera app. Visual Core is designed to compile HDR+ images five times faster while consuming just 1/10th of the power compared with running on an application processor. Google says that this chip will be responsible for handling complex machine learning tasks that the Pixel 2 will have to deal with in terms of imaging. 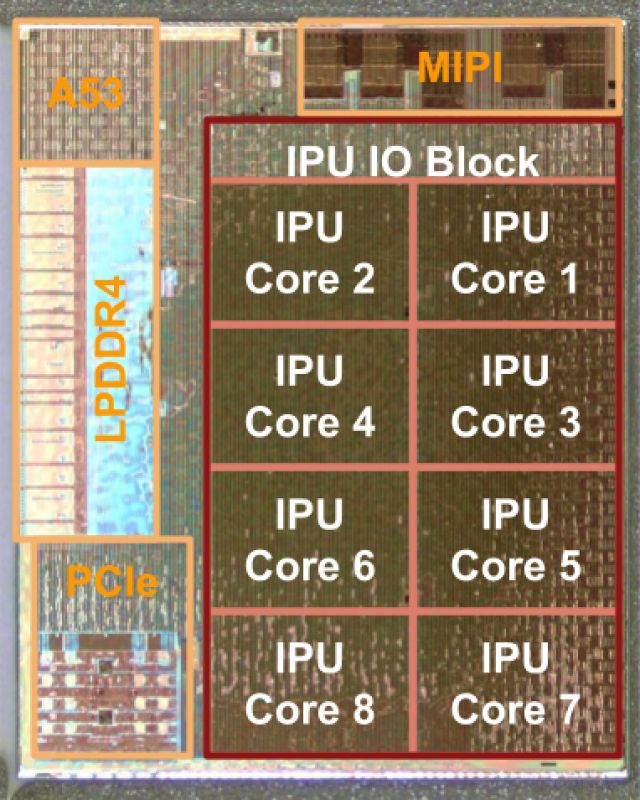 It's surprising that Visual Core is already a part of all Pixel 2 phones but has been kept deactivated for the time being. The chip will be activated with software updates (possibly developer previews of Android 8.1 Oreo) in the coming months. As of now, Google has shared an image of the Visual Core’s dye and you will be staggered to see this standalone SoC packing a substantial amount of silicon muscle. There are eight IPU (Image Processing Unit) cores along with an LPDDR4 RAM to quickly read as well as write data without sending data to the primary RAM. There’s a Cortex-A53 CPU that acts as the gateway between Visual Core and the main application processor. Google’s own software has maximum control over this complex hardware; however, Google will roll out a custom compiler for developers to make their apps take advantage of this additional image-oriented SoC.

It is not known whether Visual Core had anything to do with DxOMark’s testing as Google says this hasn’t been activated yet. But, we now know that Google has gone to great lengths to make the Pixel 2’s camera the best one in the market.