Xiaomi Mi A3 price leaked ahead of India launch

Xiaomi had announced that the new Xiaomi Mi A3 would be launching on August 21 and that is when the official pricing was supposed to be announced. Yet, the pricing of the to-be-launched Mi A3 was revealed on the company’s official launch partner Amazon, two days prior to the launch.

Mukul Sharma, a Twitter user found the smartphone listed on Amazon’s app under the deals section, but anyhow the device wasn’t available for purchase. Below is the image which clearly displays the two variants the device would come in – 4/64GB and 6/128GB. 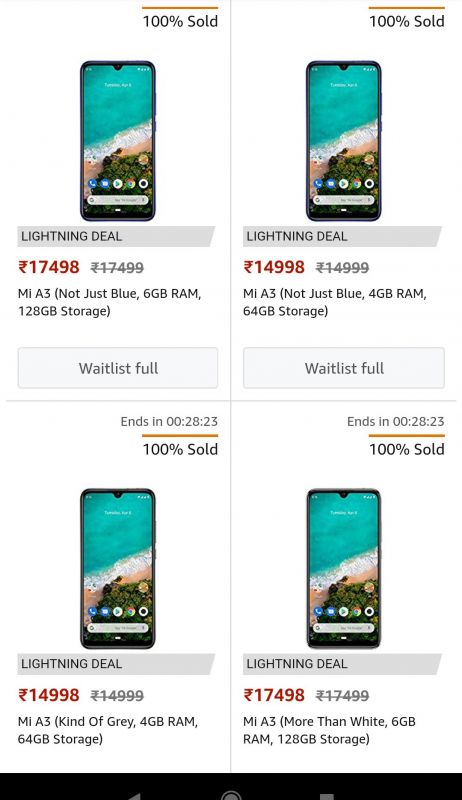 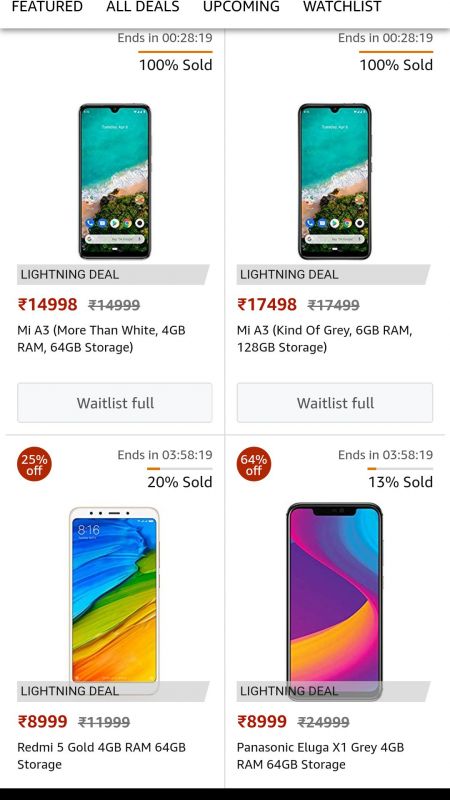 At the moment apparently, Amazon has removed the phones from the listings.