Moto could sue Samsung for copying ‘always on’ feature

Moto, this week, has accused Samsung for copying its ‘always-on’ display feature, on its Twitter handle.

“In what galaxy is it okay to steal competitor phones' cool features? #TheOriginalAlwaysOnDisplay #motozdroid’, reads company's US twitter handle. 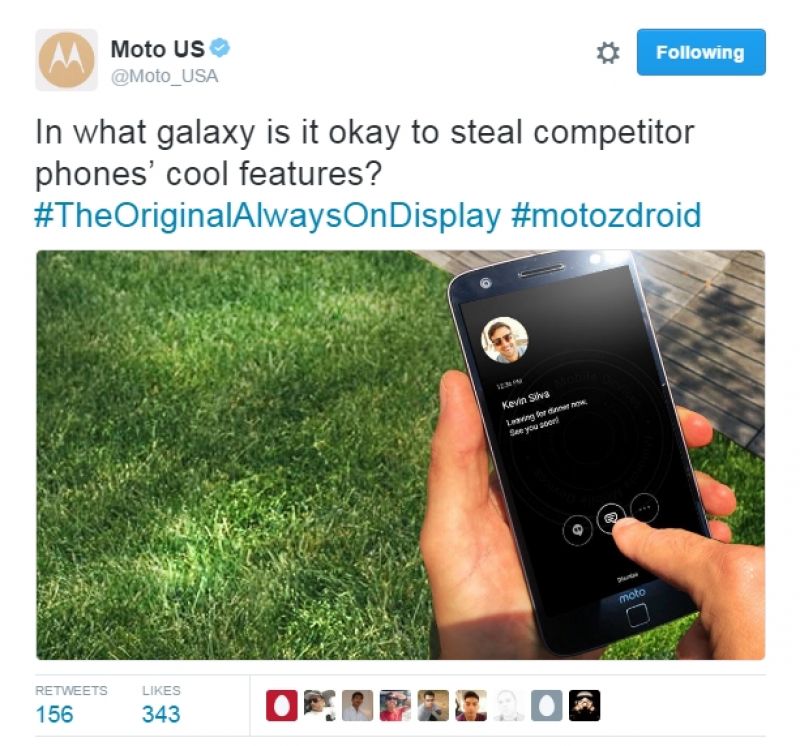 The much anticipated Samsung Galaxy Note 7 launched on August 2, 2016, features ‘always-on’ display as claimed by Moto, which enables screen to display time and notifications even when the phone is locked. A similar feature can be spotted on Moto X smartphone; however, according to the reports Moto itself is unable to claim that it was the original creator of the feature as it was first seen on Nokia’s Lumia phone.