The gaming genius Black Shark by Xiaomi is a quite respected device in the community of gamers and there’s a new reason to cherish this beast of a phone. Xiaomi has announced on Weibo that the Black Shark 2 Pro version will be arriving on July 30.

An anonymous Black Shark device, said to be the Black Shark 2 Pro has passed through Geekbench, scoring 3,632 and 11,304 points in the benchmark's single and multi-core tests respectively. The tests reveal that the device comes equipped with a huge 12GB RAM and will run on Android Pie. 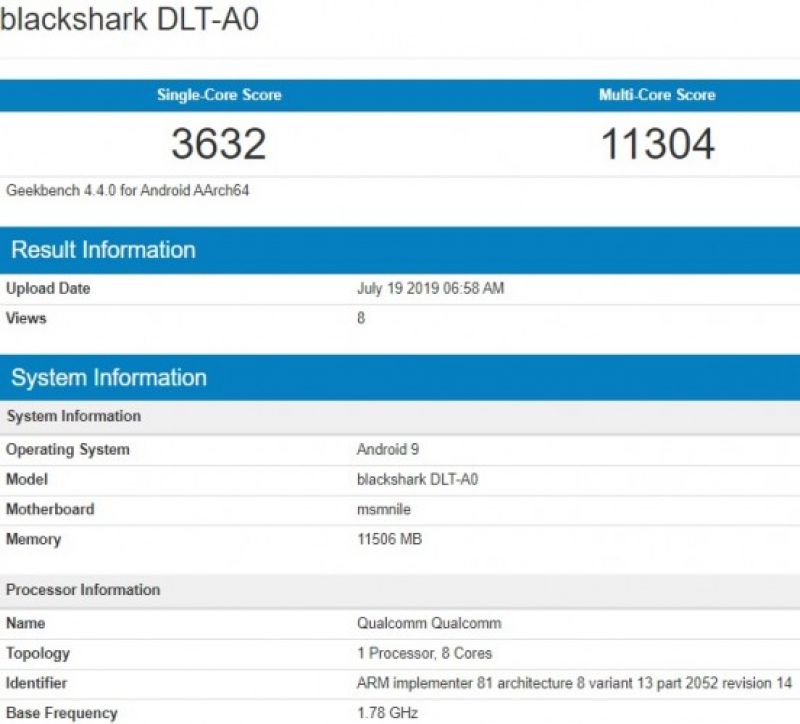 The processor here codenamed, “msmnile” is shared by the Snapdragon 855 SoC and the Snapdragon 855+ which was announced very recently. And, the Black Shark 2 Pro is very much likely to sport the new powerful processor, especially made for gaming devices to enhance the overall performance. Promising a 4.2 per cent improvement in CPU and 15 per cent improvement in GPU, the updated chipset is overclocked from 2.84 GHz to 2.96 GHz.

It is yet to be known if there are going to be other upgrades apart from the new processor.