DECCAN CHRONICLE. | AARON ALMEIDA
Published May 20, 2019, 5:13 pm IST
Updated May 21, 2019, 10:53 am IST
A beautiful looking device with three cameras on the rear; slotted in a price point that was previously thought impossible.

The Infinix Smart 3 Plus is a beautiful handset.
Rating:

When it comes to smartphones that offer a ton of functionality at the best possible price, very few brands can compete with Transsion Holdings sub-brand Infinix as they somehow manage to launch the handsets with the best of both worlds — features and budget price. Infinix is one of the fastest growing smartphone brands in the country and their success is not just felt in India but overseas as well. After successfully launching a range of products last year, Infinix has stepped up to the plate and launched a smartphone with features that put its rivals to shame.

The newly launched Infinix Smart 3 Plus is an interesting device as it comes with a spectacular design philosophy that’s rounded out by not one camera (because why to?), not two cameras (because two cameras are so yesteryear) but three rear shooters, a feature that’s not found on any other smartphone that’s launched on our shores in this sub Rs 7K price point.

We spent a few days with the Infinix Smart 3 Plus and here we voice our opinions on it. 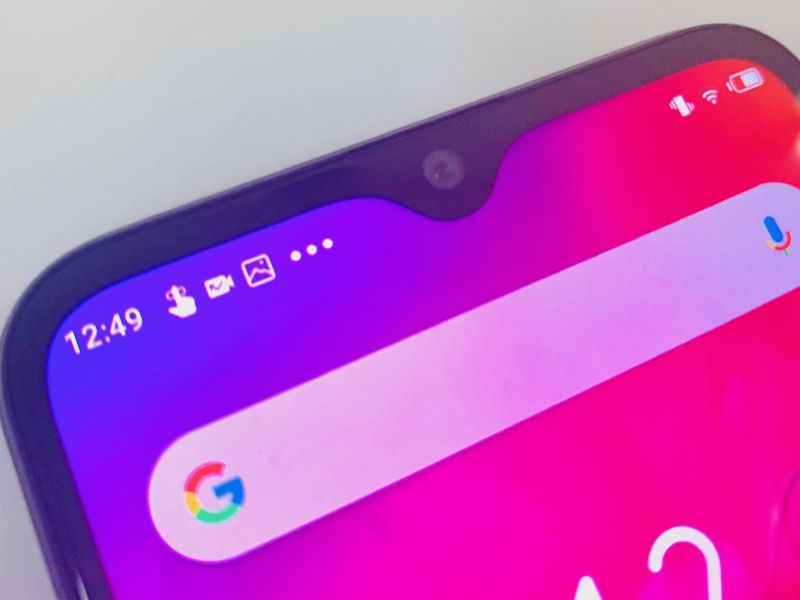 The Infinix Smart 3 Plus is a beautiful handset. If looks were the primary criteria for splurging your hard-earned cash for a smartphone we would suggest you pick this model up with your eyes closed. While Infinix handsets in the past came with rather boring designs, the Smart 3 Plus looks and feel like a 2019 device with its glossy black exterior. 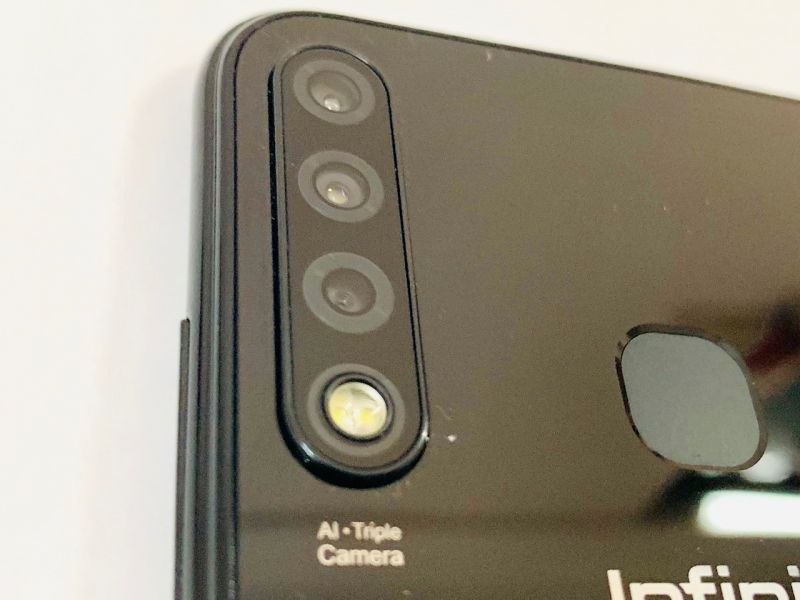 The rear plays home to a tiny camera bump that houses the triple camera setup and LED flash. We have seen handsets from rival brands that extend the camera bump in order to fit an additional sensor; however, Infinix has kept this bump down to a minimum giving it a streamlined look. A familiar feature here at the back is the square-ish fingerprint scanner that’s found on a lot of Infinix devices that were launched last year. While the rest of the rear has a glossy design, Infinix has added a matte fingerprint scanner here. With the fingerprint scanner being the feature accessed the most; it only makes sense that the brand will use a non-smudge finish here. The branding on the rear is finished off in silver; giving it an overall pleasing yet classy design. At the time of launch, the handset was also launched in a Sapphire Cyan colourway. The brand has also recently launched a Mocha Brown variant which also looks pretty great and choosing the best between the three colour options is going to be a task for anyone looking to purchase this handset. 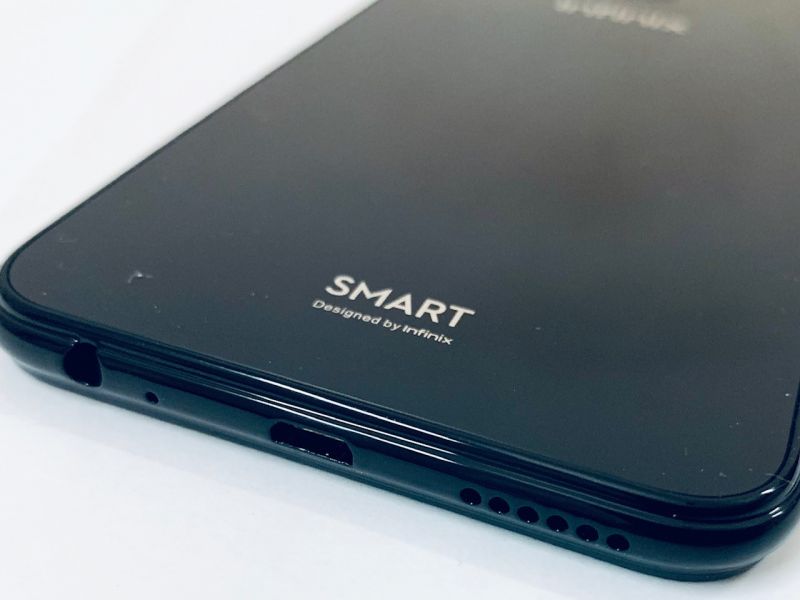 Even though the device is pretty slim, we still find the inclusion of a headphone jack that’s located at the bottom near the microphone, micro USB charging port and speaker grille. The buttons on the side are pretty tactile and easy to reach single-handedly. There’s a triple SIM tray on the handset which gives you the option for two Nano SIM cards as well as a microSD card. Having a triple card tray is far more advantageous as you don’t have to choose between an extra Nano SIM or a microSD card. 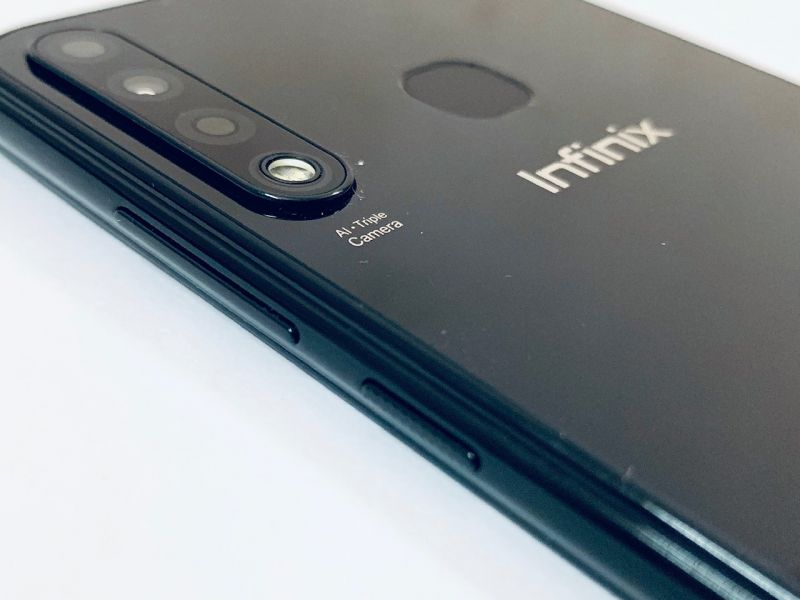 Overall, the handset has a solid feel that looks like it can withstand a few accidental drops. However, you would definitely want to keep the rear spic and span as it is a fingerprint magnet. To help you out with this, bundled in with the handset there’s a pretty funky looking plastic case. This case protects the rear and corners; however, there’s no such protection for the sides.

The Infinix Smart 3 Plus is fitted with a large 6.21-inch notched display that’s of the waterdrop variety. Due to this feature, we get a display with a 19:9 ratio and an 81.6 per cent screen-to-body ratio. The handset features a 2.5D curved display and it boasts an HD+ IPS LCD display with a 720 x 1520 resolution. 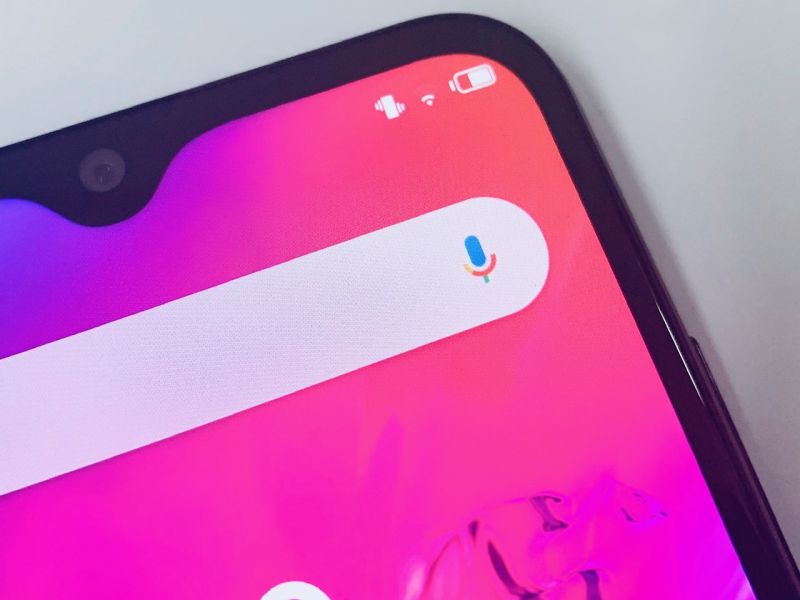 The display found here is vivid and just by looking at the screen, you could be fooled by its price tag. Seldom do we find a handset at this price point with such a crisp display that has all the details pronounced. The Infinix Smart 3 Plus is fitted with an LTPS IPS display which helps in representing higher pixel densities and lower power consumption as opposed to standard LCD displays. Viewing angles on the screen are satisfactory and even in direct sunlight; the brightness levels manage the content on the screen appropriately.

To sum up this section of the review, the display is quite good which makes playing games and watching videos pretty great.

The Infinix Smart 3 Plus runs on XOS Cheetah v5.0 that’s based on Android 9 Pie. The UI is pretty smooth to navigate through and it has some features that will be a pleasure to use. Apart from bundling their own apps, we also get some Google apps that can be used alongside the ones released by Infinix. With that being said, this also leads us to a bit of bloatware which reduces the overall performance. Luckily, some of these apps can be deleted to make room for apps that you may want or need. 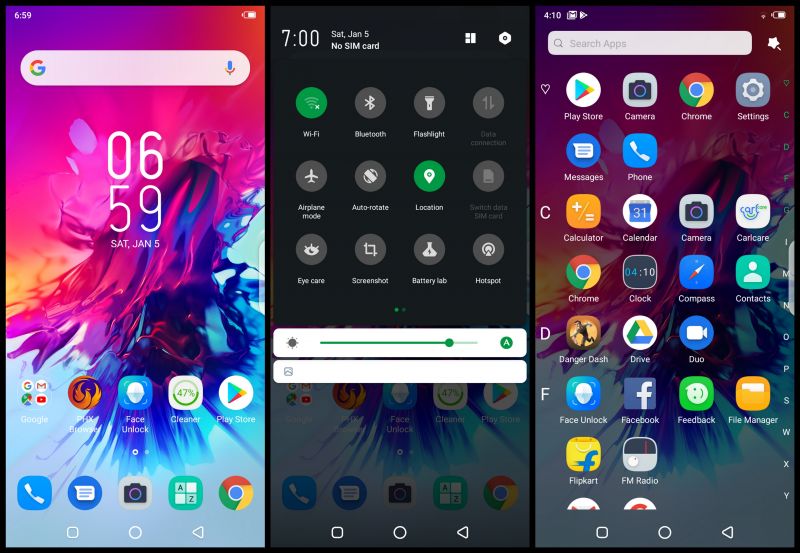 Like the expensive Galaxy S10, the Infinix Smart 3 Plus has a quick-access tray to the right of the display. This tray can be used to store your most favourite apps or games. And, by default, there are a few apps already loaded here. You can customize this tray to your heart’s content giving you your own unique feel of the device. 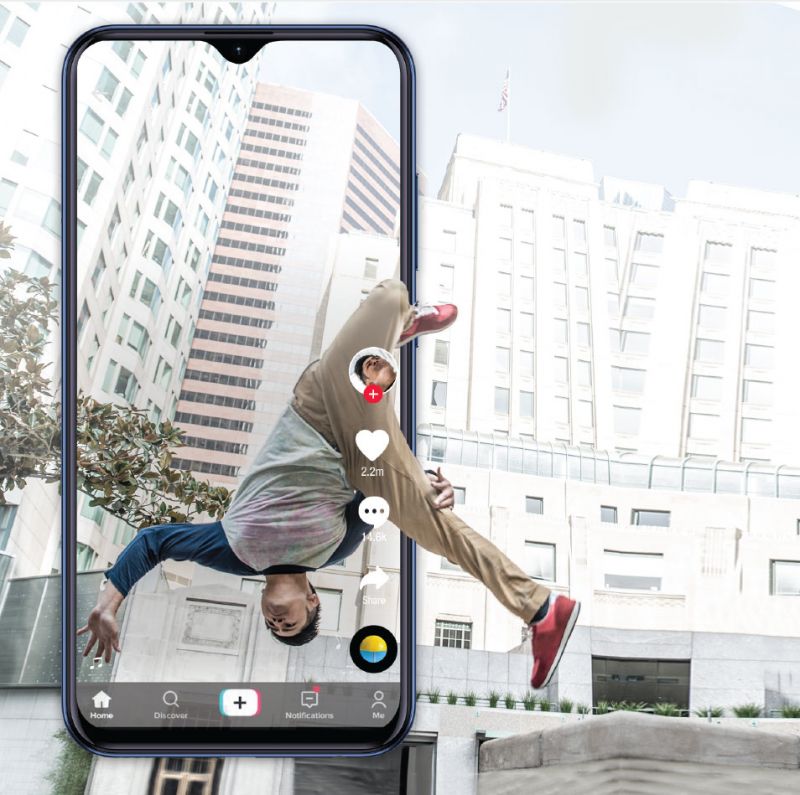 Other interesting features found with this OS are Game Boost, Read mode, Multi-Window mode, Bike mode, WhatsApp mode and more. While there is are a lot of apps that may not be necessary, we feel that some of the features here are necessary to make your life a lot smoother. Hence, Infinix has done well to add a lot of useful features in a device that warrants a higher price tag.

Under the hood, the Infinix Smart 3 Plus is powered by a MediaTek Helio A22 chipset that’s of the quad-core variety and clocked at 2.0GHz. This chipset is a low-end variant and is paired with an up to 2GB of RAM and 32GB of onboard storage. 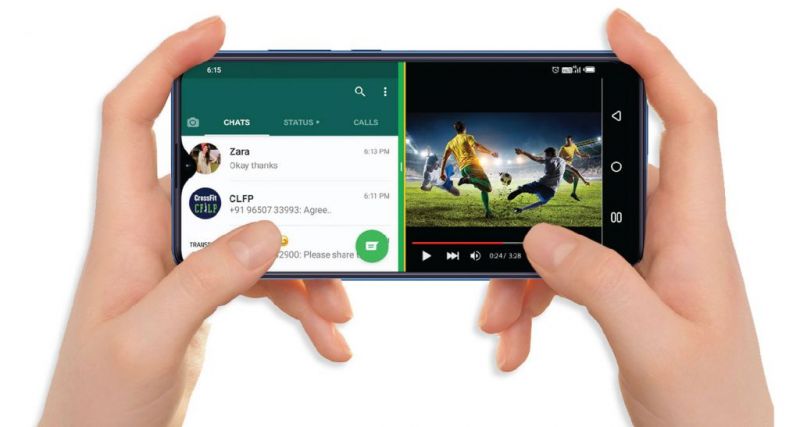 The chipset performs as expected and you can’t expect the Smart 3 Plus to belt out solid consistent performances. When pulling up apps from the background or while multitasking, we observed the handset starting to stutter a bit. This could be mainly be caused by the insufficient amount of RAM that’s paired with the low-end chipset. However, we understand Infinix’ reasoning for adding this processor with the chipset and its all down to optimizations and costs, with the latter being the primary driving force for such a choice of hardware. With Infinix adding all the bloatware as well, we reckon that this is the reason for the less than savoury performances. 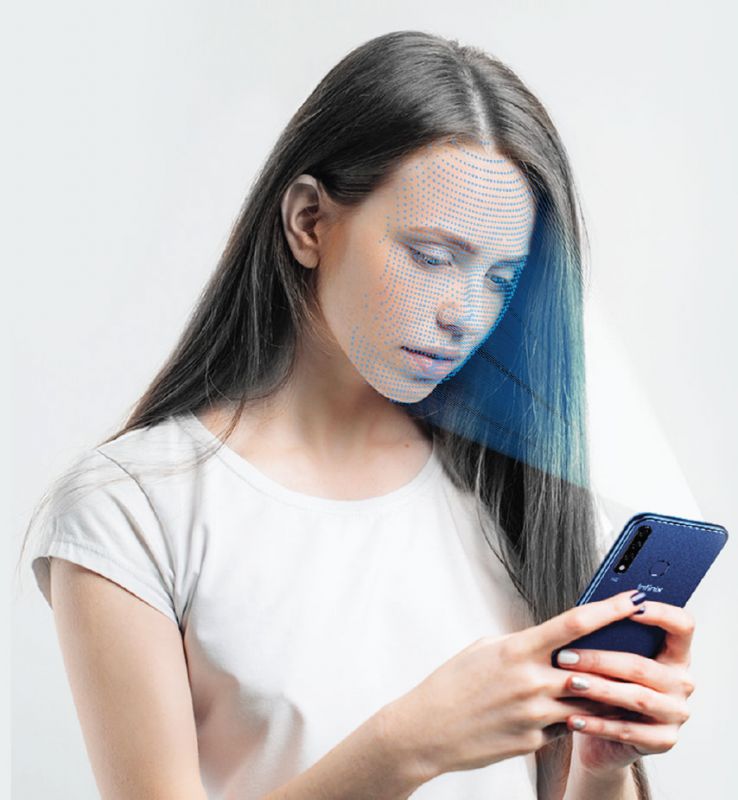 While its more than capable at playing casual games like Candy Crush and Temple Run, graphic-intensive games like PUBG Mobile and Asphalt 9 should be kept at a distance as you definitely won’t find stellar performances, no matter the setting. The Face Unlock feature found here is pretty zippy and it works well in conjunction with the rear-mounted fingerprint sensor. In the end, its a matter of convenience and we found ourselves reaching for the fingerprint scanner more often than not to unlock the handset.

The major selling point of the Infinix Smart 3 Plus is the cameras as this is probably the only handset in the country to come with a triple rear camera configuration below Rs 7K. The primary camera is rated at 13MP while we also find a 2MP depth sensor and a low-light sensor. For Infinix to utilize a low-light sensor at this price range speaks volumes for the brand and how they’re not afraid to market it so that a triple camera smartphone is accessible to all. 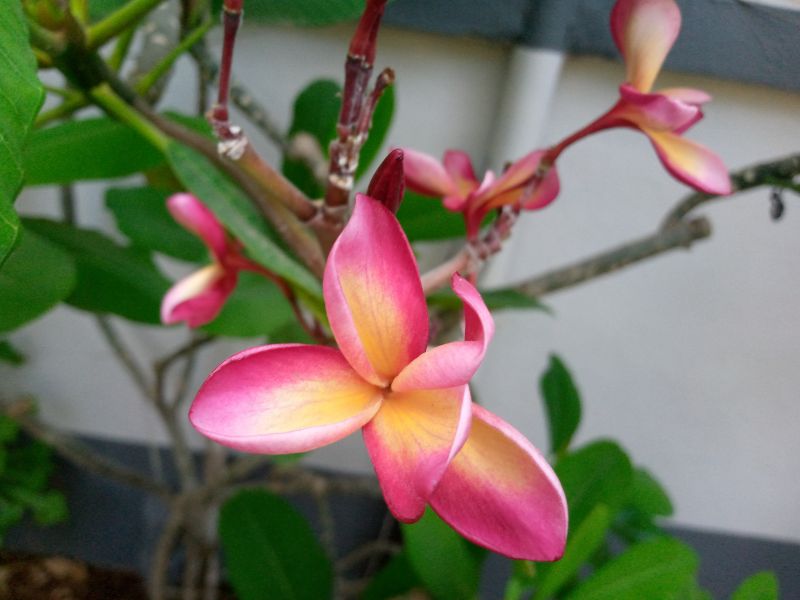 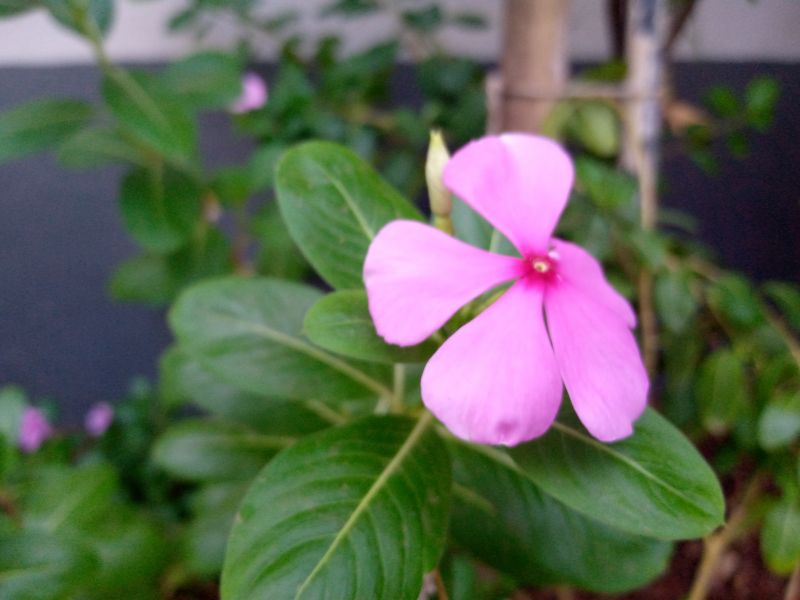 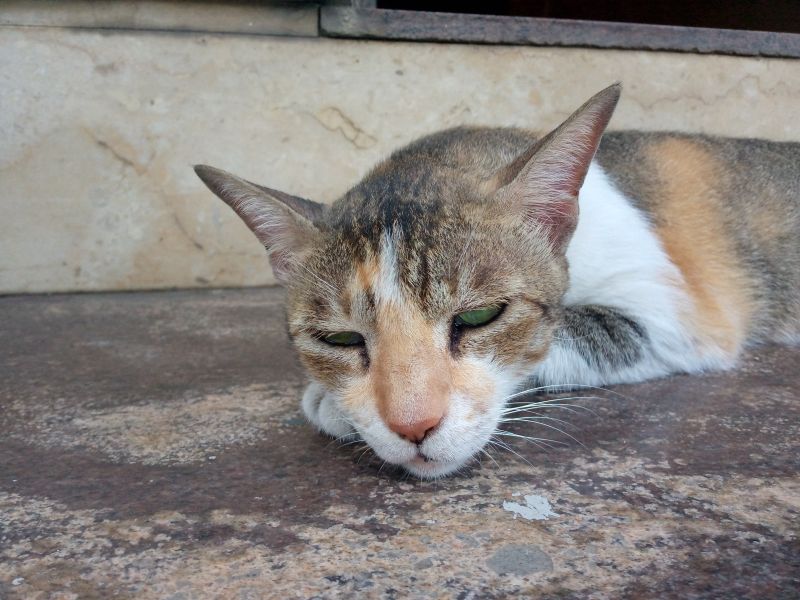 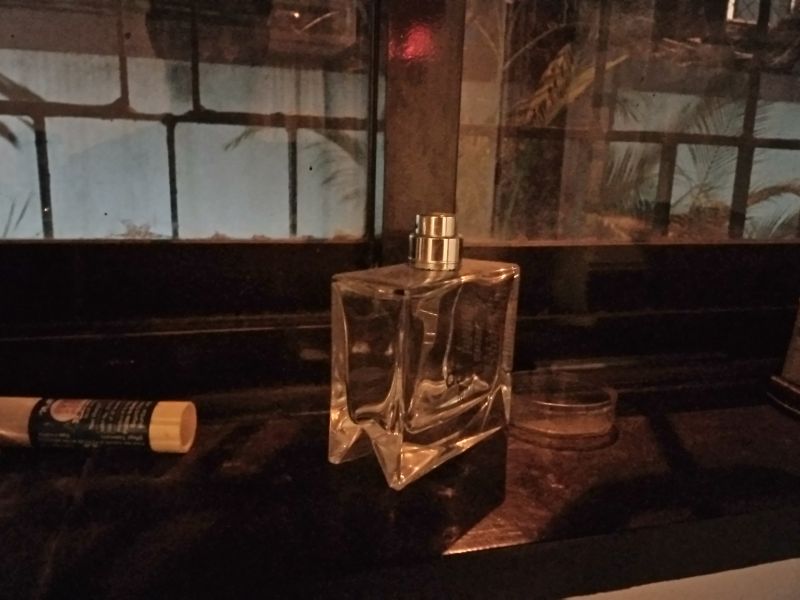 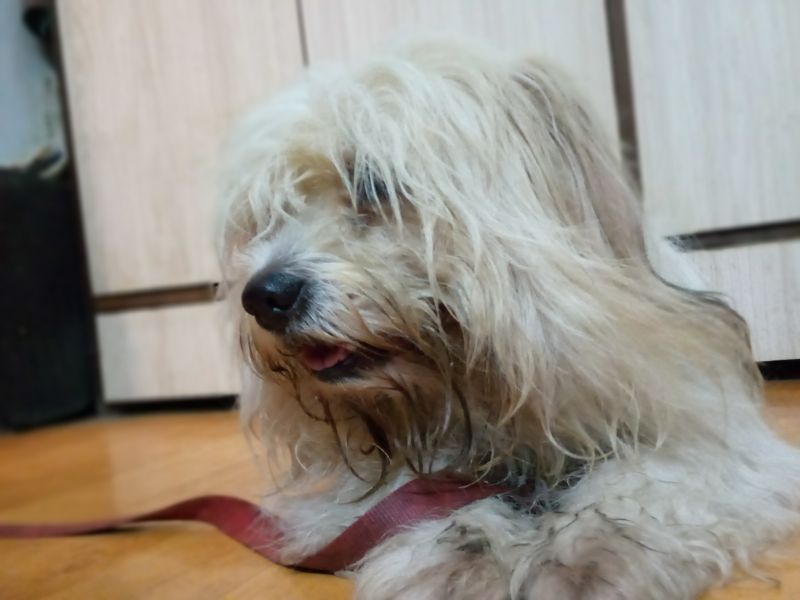 Not only does Infinix attach three rear cameras; but also have those AI-enabled. The camera has scene recognition tech built-in and it’s able to recognize up to eight scenes. Apart from this, you also find a Bokeh mode that features an adjustable aperture which helps in controlling the amount of light that’s let in. The feature is pretty handy for those interested in tinkering around with the camera settings. When shooting portraits you may notice that the edge-detection isn’t that great on the preview; however, it fares a lot better after the images have been captured. 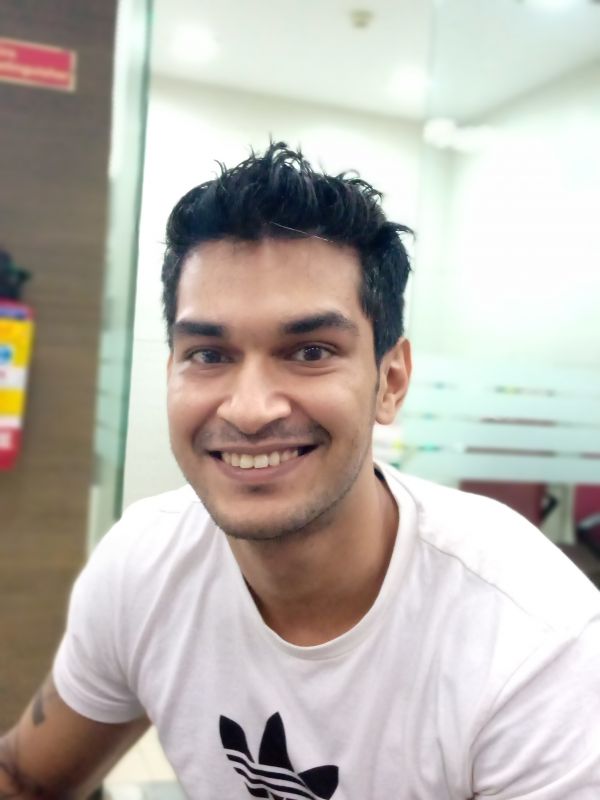 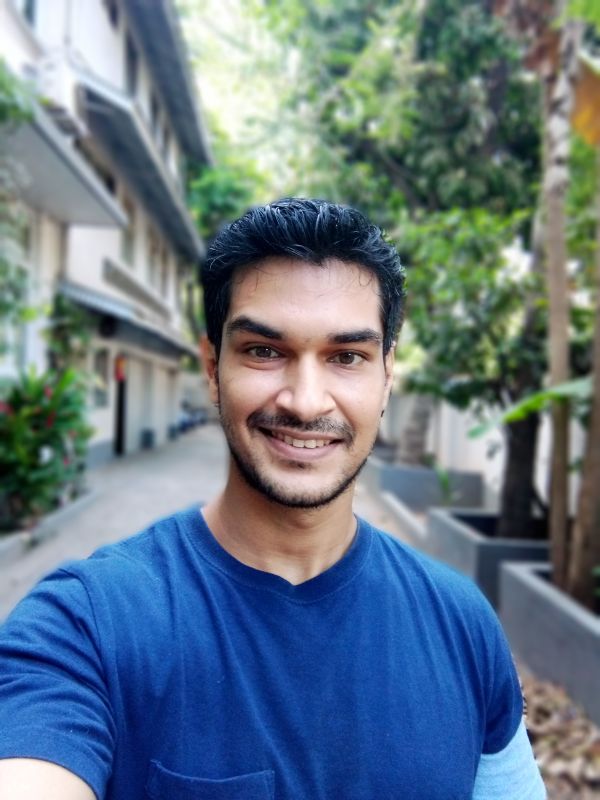 The cameras, in well-lit environments, perform as expected for a handset in this price range with there being a sufficient amount of detail present. Skin tones appear natural and the 8MP selfie-camera works as promised. However, in low-lit environments, the handset doesn’t do a great job of eliminating image noise even though it has a dedicated low-light sensor. However, this is us just nitpicking here and we feel that most people will be more than satisfied with the overall image quality that’s produced. 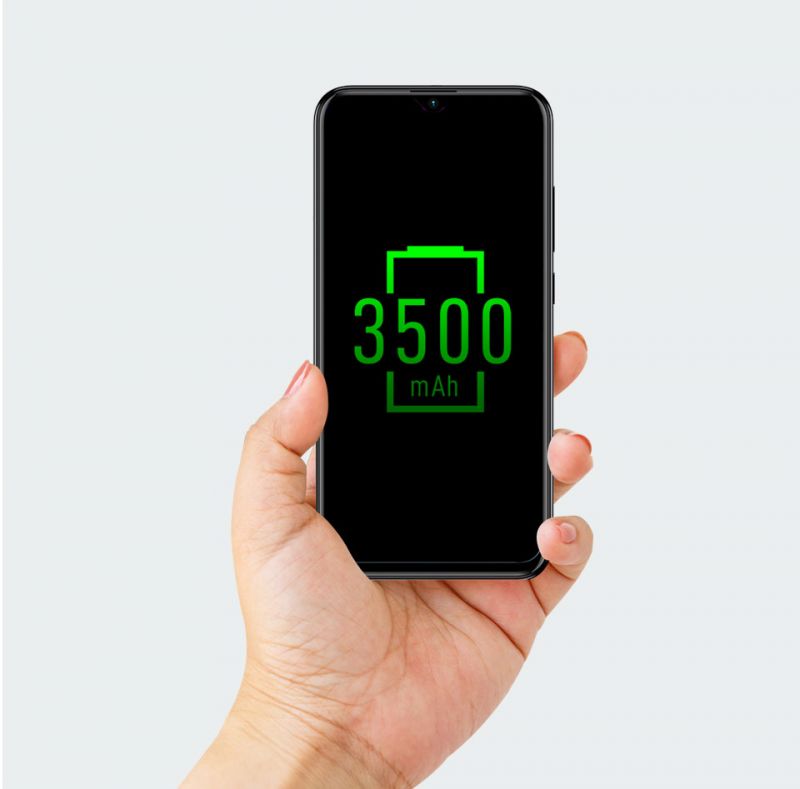 The battery here is rated at 3500mAh and with medium usage, it can easily last a day. For those who are constantly playing games, watching videos on YouTube or accessing social media apps regularly, you’ll would be required to top up the battery as it will just about last you till the end of a workday. 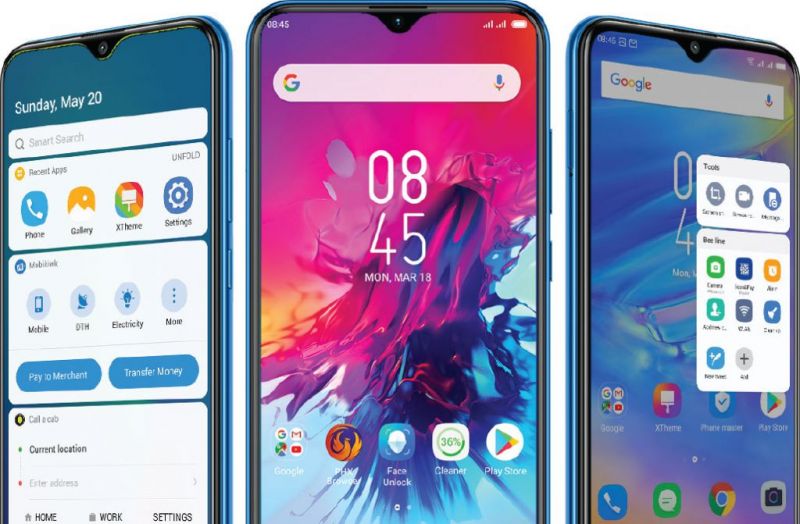 Priced at Rs 6,999, the Infinix Smart 3 Plus is perfectly positioned for those who are upgrading from a feature phone to a smartphone which has an emphasis on photography. While the major USP here is the triple rear cameras, the looks alone steal away its spotlight. Being a beautiful handset we see this smartphone getting many takers as it’s a winner all the way in this department. With that being said, the handset does have its downsides and this is mainly due to the low-light performances of the camera and the slightly sluggish UX. But if these two points are not an issue to you, then you go away with a handset that’s worth every single rupee.