happn rolls out ‘Invisible Mode’ update to its app

The feature is now available on the app through the App Store, Play Store and Windows Store.

happn, a French dating app has announced a new update for its app called – 'Invisible Mode,' which enables users to make their profiles invisible during certain points in the day and allows them to hide their profile from others during scenarios where they might not want to make any new crushes. happn also announced that they have surpassed 10 million users on the app in India within a year of its launch. 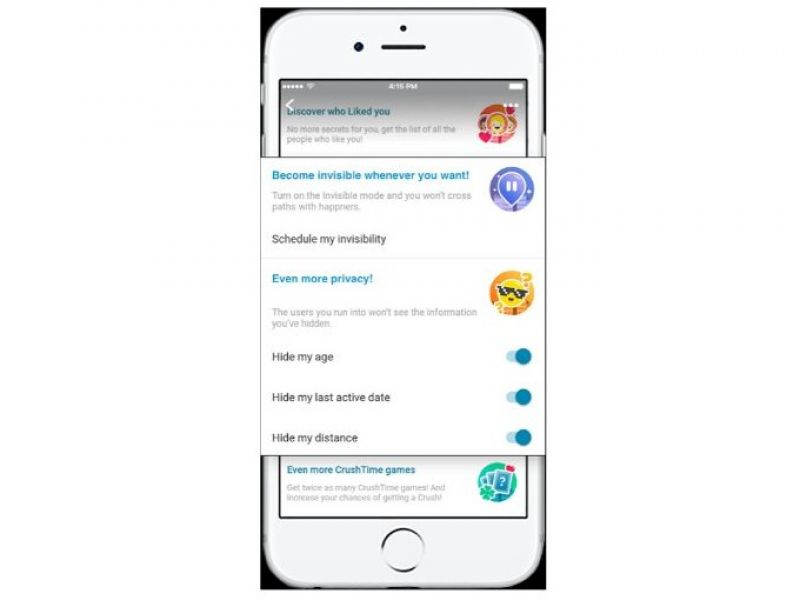 The feature is customisable and can be activated for 8 hours or scheduled for certain times throughout the day or the week. There's also an option that allows users to set up happn and disable crossovers during working hours (from Monday to Friday, from 8 am to 6:30 pm for example) or late at night when they are at home. Another feature in happn allows users to choose what information they do or do not want to display on their profile. This includes their age, last active date and approximate distance from potential crushes.

The feature is now available on the app through the App Store, Play Store and Windows Store. It’s included in the subscription offer, along with the list of people’s profiles who have liked yours.