The brand is also rolling out its latest 4G smartphones ‘Storm Lite’ and ‘Storm Pro’.

BRITZO has launched its smart mobile phone brand ‘iVVO’ in India. The brand launch has been followed by the rollout of eight smart 2G feature phones by iVVO that are segmented across five product categories, namely BEATZ, PRIMO, SELFEE, TUFF, and VOLT. The company has also launched its first 4G feature phone ‘Skipper’ along with two other AndroidGo 4G smartphones belonging to the smartphone series ‘Storm’. All of the launched products are priced from Rs 649 to Rs 5,999 and the company claims that these feature phones are aimed at the rural population – including multilingual support, feature phone-based WhatsApp and Wi-Fi tethering, facial recognition, shatterproof smartphone screens. 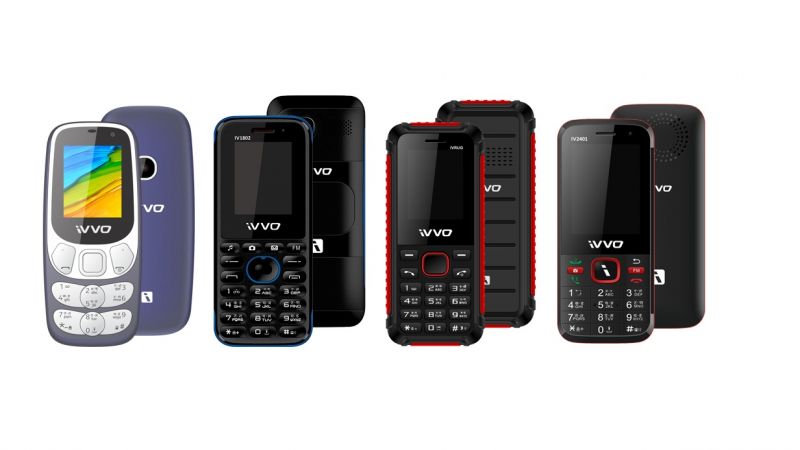 As part of the initial product rollout, three smart feature phones have been launched under the product category BEATZ, two each under PRIMO, one each under TUFF, VOLT, and SELFEE. The entire product range claims to come with smart applications, K-type box speakers, shock-proof designs, wireless FM, longer battery life, automatic call recording, and one-touch music access. iVVO has also launched its first 4G feature phone ‘Skipper’ with WhatsApp and Wi-Fi tethering capabilities. The company claims to provide multilingual support for English and several regional languages such as Hindi and Urdu and supports other 22 Indian languages in a readable format.

The brand is also rolling out its latest 4G smartphones ‘Storm Lite’ and ‘Storm Pro’. The two smartphones feature the latest Android 8.1 Oreo (Go edition), it boasts an 8MP front camera with dual selfie flash and an 8MP rear camera with flash and claims to have a shatterproof screen. The phones support ‘face unlock’ authentication feature.

The two variants are available with 1GB/8GB and 2GB/16GB of RAM and internal storage respectively. They also support microSD expansion up to 128 GB. Both the phones are priced at Rs 4,999 and Rs 5,999 respectively.