Earlier this year, Samsung stunned the world with its beautiful Infinity Display on the Galaxy S8 flagship. Other manufacturers followed suit and came up with narrow-bezel displays, but none could match the presence of the Infinity Display’s well-balanced proportions. However, Samsung now plans to make the display available to the masses with 2018 lineup of the Galaxy A8 series.

With the 2018 series, the Galaxy A8 is now available in display sizes — a 5.6-inch 18:9 AMOLED display and a 6-inch 18:9 AMOLED display, both with FHD+ resolution.  Both the handsets are powered by an Exynos 1.6GHz octa core processor and are accompanied by 4GB of RAM (for the A8) and 6GB of RAM for the A8+. Users can choose from 32/64GB of onboard storage, which can be expandable up to 256GB. The A8 is fuelled by a 3000mAh battery whereas the bigger A8+ is powered by the 3500mAh battery, both supporting fast charging via their USB Type-C ports.

Another primary highlight of the Galaxy A8 2018 lineup is its dual front camera setup — 16MP f/1.9 sensor and an 8MP f/1.9 sensor, which the company claims to offer bokeh effects for selfies. The rear camera is a 16MP f/1.7 sensor with PDAF. Samsung has built-in their new proprietary video digital image stabilisation (VDis) technology that claims to reduce shaky videos. The rear panel now houses the fingerprint sensor under the camera housing, which also indicates the design language that Samsung is going to follow with their upcoming Galaxy S9 flagship. The A8 2018 is still running on Android 7.1 Nougat with the latest version Samsung Experience on top. 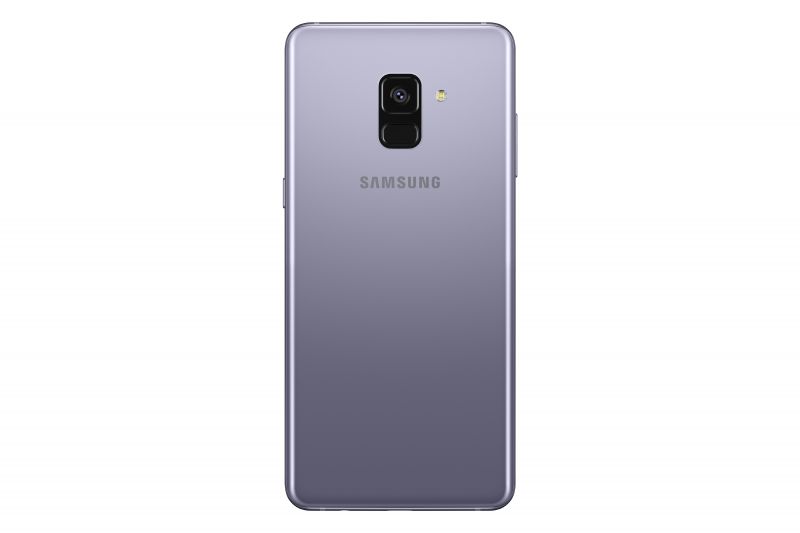 Additionally, the A8 2018 lineup comes with Samsung’s Always-On Display feature. These handsets also come with the MST chip, which means that they will support Samsung Pay. They also gain IP68 water and dust resistance.

Samsung hasn’t announced the price of the new models yet. However, the company has declared that these new models will be available from January 2018. Expect Samsung to position the A8 2018 against the likes of OnePlus 5T and Honor 8 Pro.