All the new Motorola phones run on stock Android 8.0 Oreo.

After months of exciting rumours and leaks, Motorola’s budget smartphone options have finally broken cover. The Lenovo-owned smartphone manufacturer has unveiled its 2018 lineup of Moto G and Moto E series smartphones. The Moto G series consists of the standard G6, the more affordable G6 Play and most premium G6 Plus. The E series consists of the E5 Plus and the highly affordable E5 Play. All the new Motorola phones run on stock Android 8.0 Oreo.

The ‘standard’ G6 is built around a Snapdragon 450 chipset coupled with 3GB/4GB of RAM and 32GB/64GB of internal storage. It sports a 5.7-inch 18:9 full HD+ display with narrow bezels all around. The front lip also houses the fingerprint sensor which also supports all the Moto gestures featured on the previous generation devices. The rear panel is made of curved-edged Gorilla Glass. There’s a 12MP (f/1.8 aperture) + 5MP dual rear camera that can record 1080p videos at 60fps, and an 8MP front camera for dealing with selfies. Motorola will also be offering a Face Unlock feature on this model as well. The G6 is kept alive by a 3000mAh battery, which comes with support for Motorola’s 15W TurboPower charger through a USB Type-C port. The G6 will retail for around $249.

The G6 Plus is a slightly more powerful version of the G6. For starters, it sports a bigger 5.9-inch full HD+ display. The G6 Plus utilises a Snapdragon 630 SoC with 4GB/6GB of RAM and 64GB/128GB of storage. The rear camera gains 4K recording capability on the G6 Plus, whereas the front camera gets a 16MP sensor. It also gains Bluetooth 5.0 and a bigger 3200mAh battery.

The G6 Play is the most affordable of the lot, sporting a Snapdragon 427 chipset coupled to 2GB/3GB of RAM and 16GB/32GB of storage. With a 5.7-inch 720p display, it loses the fingerprint sensor to the rear and the Gorilla Glass panel for a polymer glass panel. There’s a 13MP rear camera and an 8MP front camera with flash for selfies. The G6 Play is powered by a 4000mAh battery with micro USB 10W rapid charger. It is priced around $199. 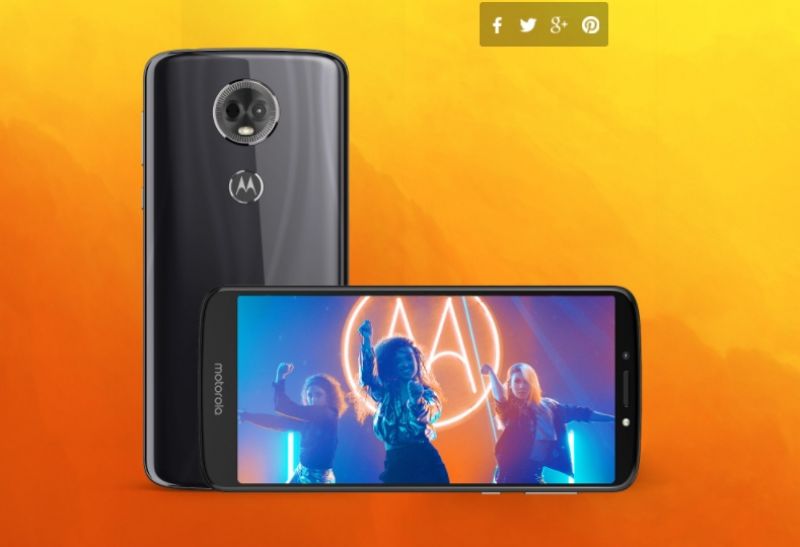