One of the major highlights of the Honor 10 is its new full HD+ display with a 19:9 display.

Huawei’s sub-brand Honor has unveiled its flagship smartphone for 2018. Dubbed the Honor 10, the smartphone has been priced at RMB 2599 (approximately Rs 27,999) and is slated to compete with the upcoming OnePlus 6.

At first glance, the Honor 10 seems to be a derivative of the recently launched Huawei P20 — courtesy of its colour changing body. The Honor 10 sports a glass rear panel that can shift its colour depending on the angle of light. The rear consists of a 24MP + 16MP dual camera setup which is claimed to snap good portrait photos (like Apple’s studio portrait effects) and exercise better image recognition capabilities using the power of artificial intelligence. The front camera is also a 24MP unit, which is claimed to snap good-looking selfies. 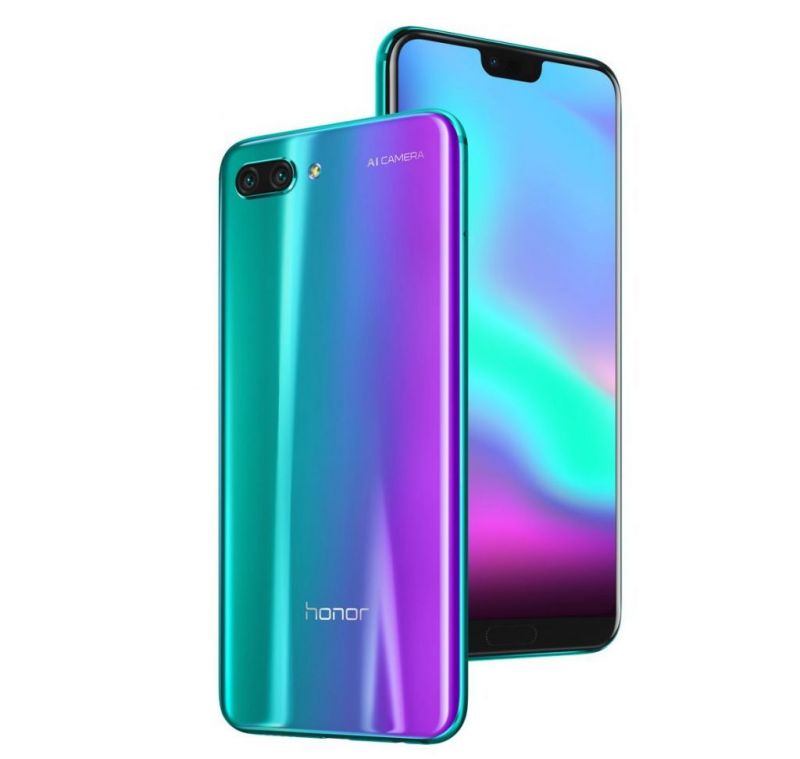 One of the major highlights of the Honor 10 is its new full HD+ display with a 19:9 display. The Honor 10 also houses a front mounted fingerprint sensor on the bottom chin. The display houses a notch on the top, which in turn houses the earpiece, the selfie camera and various sensors. The Honor 10 is powered by Huawei’s home-brewed Kirin 970 SoC paired along with up to 6GB of RAM and up to 128GB of storage. It runs on EMUI 8.1 based on Android 8.0. It’s kept alive by a 3400mAh battery that supports 4.5A fast charge over USB-C.