Stretchable displays have been the requirement of the modern era, with smartphones expected to be more portable than before.

With the launch of the next generation iPhones drawing close, the tech community is excited for apple’s surprises this year. Rumours have already suggested that the 2018 iPhone models will consist of three identical-looking models, sporting narrow-bezel displays and a 3D facial recognition system. While these are some features that were mostly expected from the Cupertino giant, the world is eager to know how the iPhone will shape up within a span of four to five years. Luckily, some of the latest Apple patent filings have some insight into the matter.

Apple Patently recently got its hands on some 40 patent filings by Apple, with most of them describing the invention of new technologies that will affect the smartphone user experience in the years to come. The first and the most prominent of them is the stretchable display — a technology that rival Samsung is also trying to crack for the past few years. Stretchable displays have been the requirement of the modern era, with smartphones expected to be more portable than before. 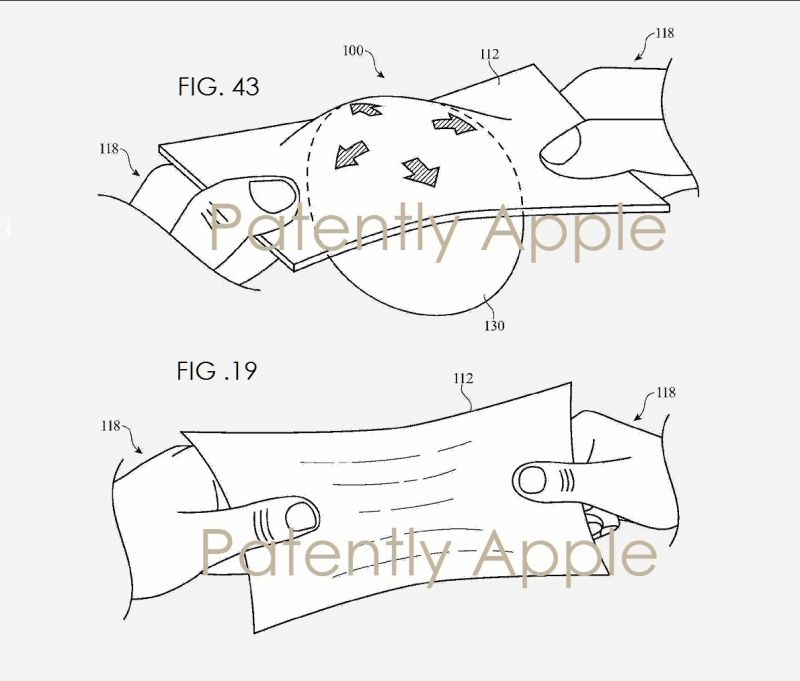 Apple’s patent showcases a display panel that can stretch itself in all directions, without the image being distorted. Apple notes that their invention relates to a flexible input-output device such as a display or a display with integrated sensors and haptic output using an elastomeric substrate layer. The substrate layer will have signal paths to which an array of electrical components may be mounted. An array of through-hole openings may be formed in the substrate to create a mesh-shaped substrate that can be stretched in one or more dimensions. A stretchable LED lighting unit will illuminate the panel with the images. Apple has pointed out that such a kind of display can be used in various scenarios such as smart clothing, smart watches, smart windows, applications in vehicles, furniture and more. The patent was filed back in 2017 and has been granted now.

Apart from the stretchable display, another major technology demonstrated in the patents is a gaze sensor. The idea behind it is to keep the display switched ON when the user is looking at it and turn it OFF when not needed. The device will use special sensors or the camera to detect the motion of the eyes and will act accordingly in order to enhance the user experience.

However, such a technology has already been in use in offerings from Samsung in the past few years. Samsung’s flagship and midrange devices have been coming with this system for a few years. Their system also uses the front camera along with the other sensors to detect the motion of the eyes and prevent the display from turning off accordingly. Additionally, Samsung has also shown a working demo of the stretchable display at several consumer tech exhibitions as well.