The Mi 5X will also debut the next generation of their proprietary software – MIUI 9.

A few days ago, we came to know that Xiaomi is working on a new mid range smartphone with dual cameras by the name of 5X. Now, the Chinese smartphone manufacturer has teased the handset and we have a name for the device – it will be known as the Mi 5X.

As you can see from the image, the smartphone is based on the Mi 5c, another mid range smartphone that came with Xiaomi’s own Surge S1 chipset. However, there’s a dual lens setup for the rear camera, a feature that is first for a Xiaomi mid-range handset. It also features iPhone 7-esque U-shaped antenna bands and is confirmed to be available in the gold colour variant. 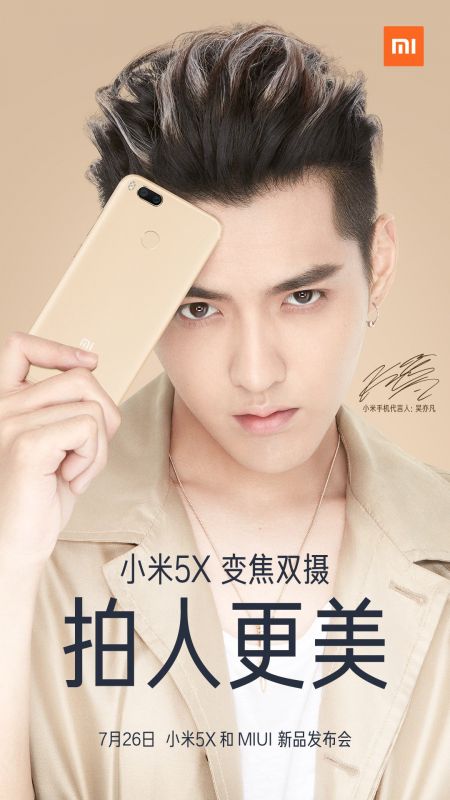 The Mi 5X will also debut the next generation of their proprietary software – MIUI 9. MIUI 9 will be built on top of Android Nougat and is expected to ship with features like multi-window based multitasking and the Picture-in-Picture feature from the upcoming Android O.

The device is confirmed to launch with the new MIUI 9 on 26 July in China. However, we don’t have any idea about whether Xiaomi has any plans to bring the device to the Indian shores after its global unveiling.