Freedom 251: Is the world’s most affordable phone a boon or sham?

Ringing Bells is an unknown company and has launched a questionable smartphone for just Rs 251, which is costlier than the internal storage they are providing.

Ringing Bells, a company that is completely unknown in the smartphone industry back here in India, has managed to pull a rabbit out of the hat. The brand has announced the availability of the most affordable smartphone in the world and the price tag stamped on the device is a mere Rs 251 (less than $4). Well, to be true, a smartphone cannot be manufactured in just Rs 251, which includes profits. So it could be that the device is being manufactured by heavy funding from the government on a subsidized plan. 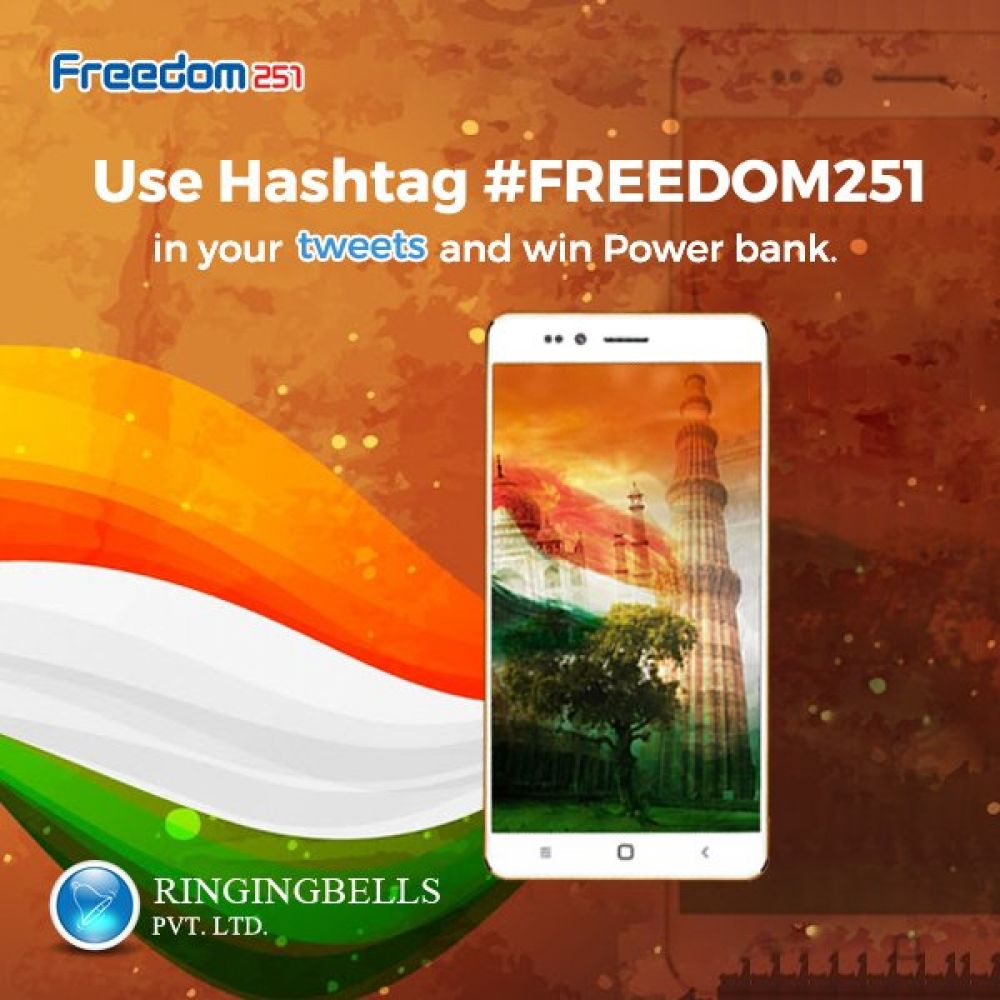 The Freedom 251 smartphone does not look the one displayed in the advertisement.

Ringing Bells has managed to get the industry (and the world) talking about it. However, the buzz around the market is not good. While critics are on the hunt to find out how is it possible to make a smartphone cheaper than its case. Well, if it was possible to really make a smartphone as cheap as it sounds here, Apple, Samsung, Sony and others would probably sell their smartphones for a mere Rs 1,000, including all profits.

So is Ringing Bells part of the Make in India initiative? Well, it looks too thin, since it does not sound like it complies with it. As for media reports, the company says that it is presently importing parts and assembling it in India, but has future plans to start manufacturing it in India.

The device shown here was the one that was actually shown to the media. Hopefully, the device that will finally be in the customer's hands will look and be the same.

But is the Rs 251 smartphone a reality? Is it a boon or a sham? Is it really an initiative to make every person in India accessible to a smartphone and the internet? Well, it is a little too early to say that for now since the $4 smartphone has just been unveiled and for the physical devices to start shipping, it will take around three more months. Lets pick on some facts that come forward about Ringing Bells and its Rs 251 product—the most affordable smartphone in the world—Freedom 251.

While shopping online too, the device shown here is not the actual one

For starters, the device is available only online. Starting today (February 18, 2016), the Freedom 251 will be available for purchase after filling their website with details such as your name, address, phone number and email address, which then takes you to the payment page. That’s where the bell rings—either its blank or the detail form comes up back again. So is the website faulty? Or is it just a overload on the servers? (Remember the Flipkart flash sales?)

The Ringing Bells website for purchasing the Freedom 251 smartphone put up an information stating that they are getting an ‘enormous response’ and are receiving more than ‘6 lakh hits per second’, causing the servers to overload. They have mentioned that they are upgrading their servers to handle the load and will be up and running within the next 24 hours. So it is a wait time, for who knows how long.

The company posted a message on the website that they are facing issues with an overload of servers and will return back to normal within 24 hours.

People who were keen on buying the product were online trying to (and still trying) get one for themselves, have tweeted to the company in disgust. While some asked if it was a scam, others mentioned that the World’s cheapest smartphone has the world’s cheapest website ever. Another one mentioned that he clicked on ‘Pay Now’ and did not get any confirmation either.

dear @KUMARGRV410 @PrabChats we understands u r facing lots of issue while booking. we are trying to fix this issue asap.pls support us.

We liked what one tweeted: 600,000 people managed to buy the phone (according to the website), then keep the money in a bank for 3 months on FD and then return it back to the customer. Eat up the interest and enjoy the crores that came out of it.

Heading back to the main website itself, you will notice that there are three helpline numbers mentioned. You call the number and you are always on hold due to many callers that are ahead of you. Try again and you will never get through with the IVR stating that the number is busy.

Customer care numbers flashing on the website are either busy or unreachable.

Coming back to the main product’s advertisement…..the device does not look like that at all. In fact, the smartphone that is on sale looks almost identical to an iPhone with the round home button in the center. The device shown on the advertisement resembles more like the Xiaomi Mi 4. On the other hand, the media also received samples for the product during the launch time, which are not yet confirmed if the customer will receive the exact same ones post delivery.

The Freedom 251 boasts of a 4-inch HD display with a quad core processor, 1GB RAM, and 8GB storage.

As for the smartphone, it seems to sport a decent hardware for present basic needs—a 4-inch HD display, a quad core processor with 1GB of RAM, 8GB expandable storage, basic 3.2 and VGA cameras, and Android's Lollipop operating system. But is the device really a big deal? With hardware that is almost obsolete and the norm for an Android today is with 2GB RAM or higher, will the device die an early death? The operating system and the new-age apps are heavy and need a decent hardware to function. With just 1GB of RAM, the device could start lagging with constant updates.

The Freedom 251 is aimed towards people at the bottom of the pyramid. Those who cannot afford an expensive smartphone could get their hands on these devices and enjoy the benefits of technology today. But is the internet available today as cheap as it should be? With basic 2G plans starting at Rs 299, the internet is far more expensive than the device itself.

As for now, we are trying our best to get in touch with the company for inputs, but haven’t managed as yet. We are yet to find out how the company is managing how they can offer a smartphone below the cost price.

Presently, most entry-level and ultra-budget smartphones are available around the price of Rs 3,000. The Freedom 251, if real, could kill the rest of the Indian smartphone manufacturers in the industry. Indian smartphone manufacturers such as Karbonn, Intex, Lava, Wickedleak and a few others will have to head back to the drawing board to make their smartphones competent enough to exist in the market. However, with the price tag as cheap as Rs 251, we are sure they cannot match it.

So will the Ringing Bells Freedom 251, the Nano in a Maruti Suzuki world, be reality? Will customers get to see the devices in their hands? And if they do, will the smartphone live up to their expectations? Remembering the disastrous ‘Aakash tablet project’ that was India’s dream of developing the world’s cheapest tablet for under $35, the Freedom 251 seems to be another such possible event.