The smartphone retails at a mere Rs 3,999, which is why it is important to note that the phone has its limitations and offers a small screen, coupled with lower resolution, low-end chipset and below average cameras.
Rating:

These days one can easily get the best smartphone without requiring to pay those flagship prices. There are a multitude of smartphones in the market that offers a premium design, sturdy build quality as well as muscular hardware under the hood at a budget price. However, what about when the budget is even tighter than that and one needs a smartphone at an ultra-budget value, coupled with a few trendy features.

While most smartphones today have a vulnerable display and it is most expensive to replace it, having a shatter-proof display screen is what users would favour most. The iPro's main USP is its shatterproof glass display. iVoomi's iPro is the company’s latest attempt at an ultra-affordable smartphone space that comes with a price tag of Rs 3,999, and offers a fashionable 18:9 Full View display and runs on Google's Android Oreo (Go edition), which is optimised for low-powered hardware. The device is also touted to have time-lapse recording capabilities, AR Emoji and face recognition. However, the question here is, how good is it? Read on.

The iPro sports an old-school design and is built out of plastic, which shouldn't come as any surprise. Following the trend, the smartphone adorns a taller Full View 18:9 display and its overall compact form factor makes it easy to hold. There are noticeable thick borders above and below the display, which is understandable as demanding a bezel-less display would be a bit too much. The front features a selfie camera and the rear houses a camera module tagging along with an LED flash.

The handset isn’t a unibody design and the rear panel is removable. Under the cover, one will find a replaceable battery, two nano-SIM slots, and a microSD card slot. One good thing about the rear panel is that its removable as one doesn't need a SIM ejector pin to plug in a SIM card or a memory card. Look around and one will the find the standard headphone jack and the micro USB port on the top, and a speaker on the rear.

Lastly, the build quality seems well up to standard, coupled with the durability of a Shatterproof display — is a potent combination, as you don't have to much worry about breaking the smartphone.

As mentioned, the USP and the reason this smartphone exists is the shatterproof glass display. iVoomi promises that the screen won’t crack or break from the everyday drops. The company asserts that as per their testing, the iPro survived a steel ball drop test, including a micro drop test, torsion test and a roller test. The company has also tested the display's toughness by dropping it on its face onto a concrete surface from a height of around 3 feet to prove that the display doesn't break as easily. With a strong glass protection, this phone is mainly aimed for those who work in harsh outdoor conditions — those on construction sites, engineers, mechanics, etc, for whom making phone calls and simple communication is very important. This phone is not meant for those who are expecting a performance-oriented smartphone — such as gaming, multitasking or alike.

The device sports a 4.95-inch FWVGA+ display and renders images at a resolution of 480x960 pixels. Having this kind of screen resolution makes the phone feel like we are still in the 2010-11 era. However, since this is aimed at a budget conscious user, one can expect cost-cutting that the company has gone through. As for the display, we found it a bit dull, with low sunlight legibility and with not-so-sharp images. The colour reproduction is a bit washed-out and viewing angles are not as great. We also found the touch sensitivity to be a bit lower than normal, and also the display does not sport any oleophobic coating. Overall, if usability is your main concern in harsh environments, and if your budget is a major concern, then the iVoomi iPro has a display that can match your basic requirement.

As for the engine power, the iPro is built around a MediaTek MT6737 chipset, which is a quad-core Cortex-A53 chip running at 1.3GHz. It is coupled with a Mali T720 MP GPU, just 1GB of RAM and 8GB of internal storage. The hardware specifications pronounce that the smartphone is meant for minimal usage and not for efficiency.

Operating on a near-stock Android, navigating through the user interface is moderately zippy. However, the smartphone slows down with even three apps running in the background — this explains the 1GB placed here. We witnessed stutters and lags while scrolling through casual, but heavy apps such as Facebook, and even when capturing photos or browsing through websites. A few apps were also found lagging which took around 2/3 seconds to render correctly on screen. Though we cannot complain about the performance after taking note of the mediocre hardware, one should note that the iPro is just a basic smartphone and is not meant for power users. However, surprisingly, the device also supports face unlock, which works decently well.

The iPro is equipped with a 5MP rear camera and a 5MP front shooter. The camera lacks autofocus, but it does have a rear LED flash, that will help in complete darkness. The camera interface is quite simple — it doesn’t include any special modes, but it does offer a Beautification mode, Time-Lapse and a bunch of filters. One can click pictures and record video capped at 720p. 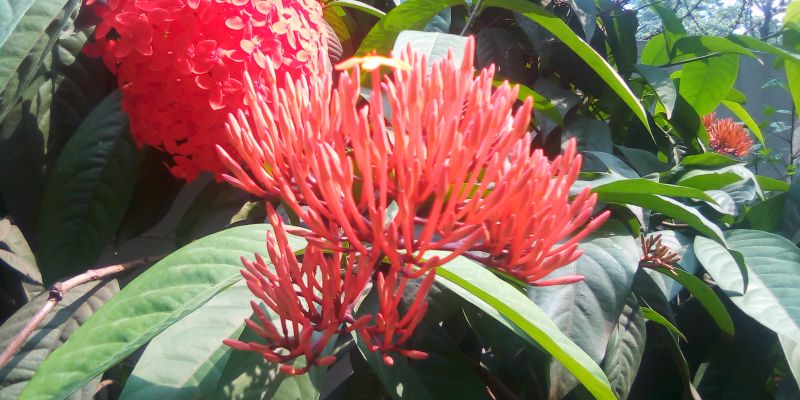 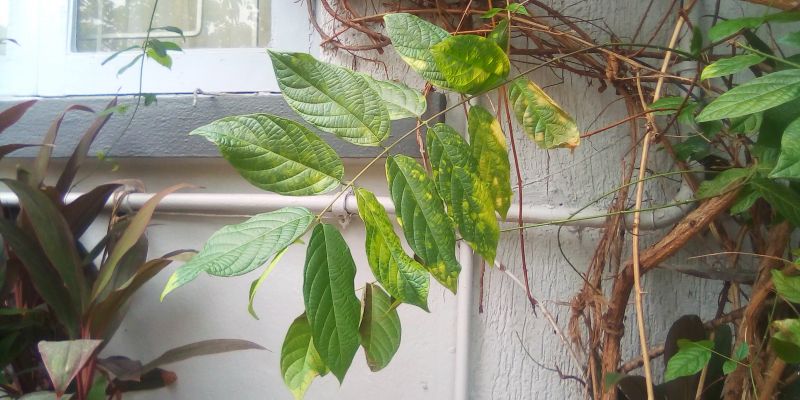 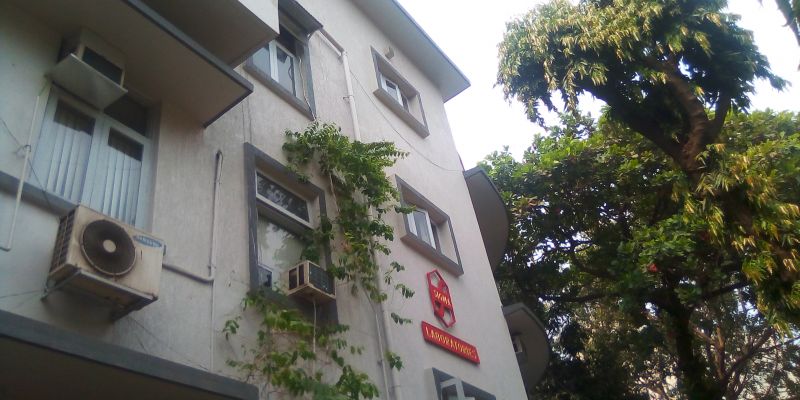 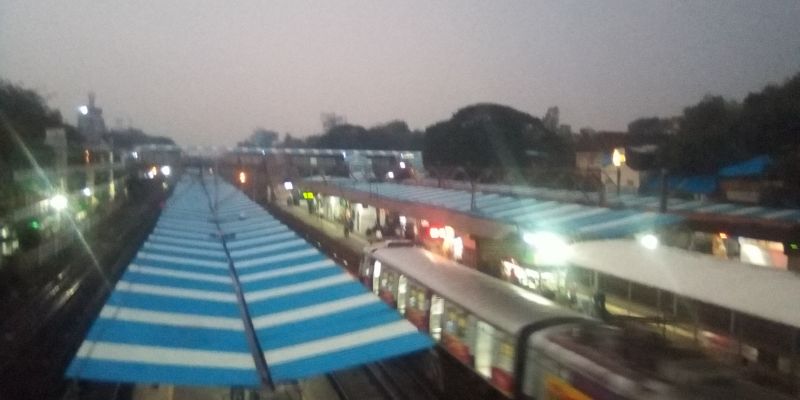 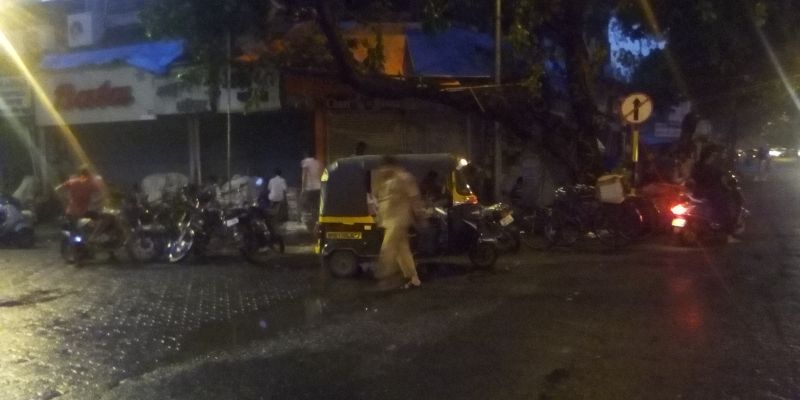 Photographs from the rear camera turn out to be below average during the daylight — there was a very slow shutter involved and photos often tend to blur out. Well, this is expected, but one needs to make sure you have a very steady hand and a bit of patience to make sure that the photos are captured well enough.

Photos taken were with moderate details and vibrant colours. Simply consider this smartphone's camera as a very basic point-and-click device. Overall, the device does manage to produce images that are usable and gets the work done. Coming to the front shooter, you do get adequate selfies in good lighting condition. Although, the front lacks flash support.

Lastly, with a 2000mAh battery, the iPro has a decent amount of stamina. The battery lasts for about a day on moderate usage that includes making calls, basic texting and a little bit of social networking. There is also a battery-saving feature that the company calls Intelligent Power Saving Mode, which will help you save a little on battery life. Additionally, the lighter apps and a lower screen resolution display also help deliver better performance and more battery life.

To sum it up, the iVoomi iPro is a very basic smartphone and is a viable option for feature phone users looking to upgrade to their first smartphone. It can also be used as a secondary device to get basic operations done. The smartphone retails at a mere Rs 3,999, which is why it is important to note that the phone has its limitations and offers a small screen, coupled with lower resolution, low-end chipset and below average cameras. But still, the iPro gets the work done — period.

If a tough glass or an ultra-budget spend is your core requirement, then the iVoomi iPro could hit your top list. If you need better performance and budget is still on your conscience, then there are a few other brands that offer a better choice for Rs 1,000 to Rs 1,500 more. However, you won't get a shatterproof display and a rugged body for sure. Once again, the iVoomi iPro's main USP is the shatterproof display that is not seen on regular smartphones out there.