This is how the new 2018 iPhones could look like

The 5.8-inch OLED model will sport narrower bezels around the sides than the iPhone X while still sporting a notch for housing the TrueDepth camera system. (Photo: Ben Geskin)

Apple is reportedly readying the next generation of iPhone models that are set to succeed the present generation iPhone 8 series and the flagship iPhone X. It has been known that there will be three iPhone models this year, all of them sporting narrow-bezel fullscreen displays like the iPhone X. The latest leak just confirms the possibility of the rumour becoming true.

Photos of the front panels of the upcoming iPhone models have been leaked on the Internet, giving out a lot of information that could define the next generation iPhones. The 5.8-inch OLED model will sport narrower bezels around the sides than the iPhone X while still sporting a notch for housing the TrueDepth camera system. The notch appears to be slightly trimmed as well. The bigger 6.5-inch OLED model is essentially a magnified version of the smaller model, flaunting the same narrow bezels and a notch on top. 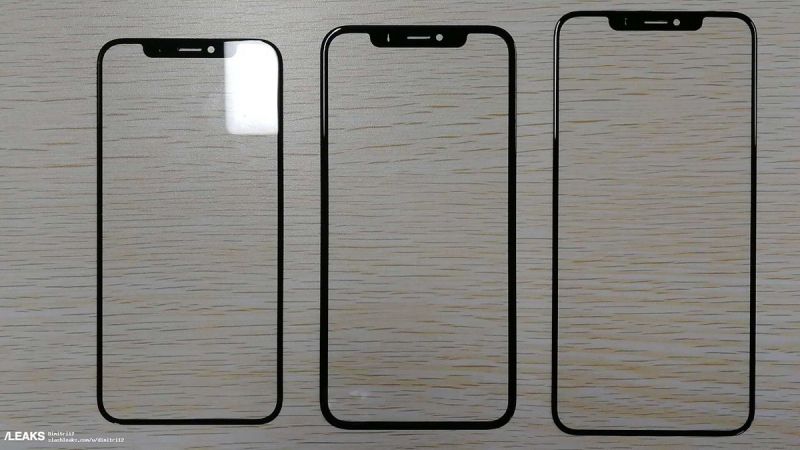 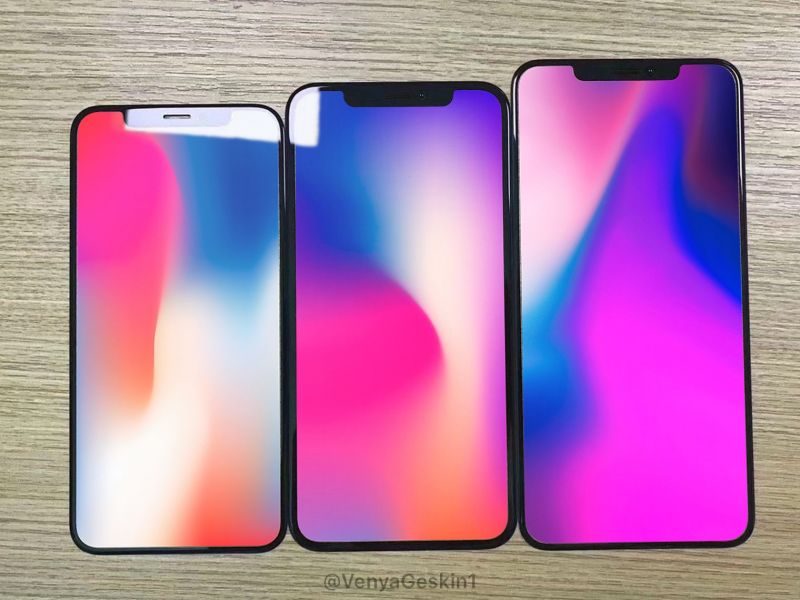 Ben Geskin also took to Twitter to create fully rendered versions of the front panel photos and we have to say that they look impressive. However, this information comes from unknown sources, which means that you should probably take it with a grain of salt. Apple is expected to unveil the new iPhones sometime in September alongside new versions of the Apple Watch and a new iPad Pro model.