The Flagship camera comparison: Galaxy S8 vs iPhone 7 Plus vs Google Pixel XL

It surely matters the buyer that how well his/her Rs 60,000 phone performs when its camera is shown some light.

The Samsung Galaxy S8 and S8+ have been out in the market for some time and are taking the world by storm. Some are drooling over its “Infinity Display” whereas others are interested in its performance from Exynos chipset beneath its beautiful body. However, a lot of people are massively interested in the camera performance as well and they expect it to be better than last year’s S7 Edge, which was not bad in any way.

Samsung claims to have improved the dual pixel camera sensor for enhanced low light photography. But there are two others who claim that their camera performance is world-class – the Google Pixel XL and the Apple iPhone 7 Plus. We know that both of them are very capable camera phones and take the business of photography very seriously. 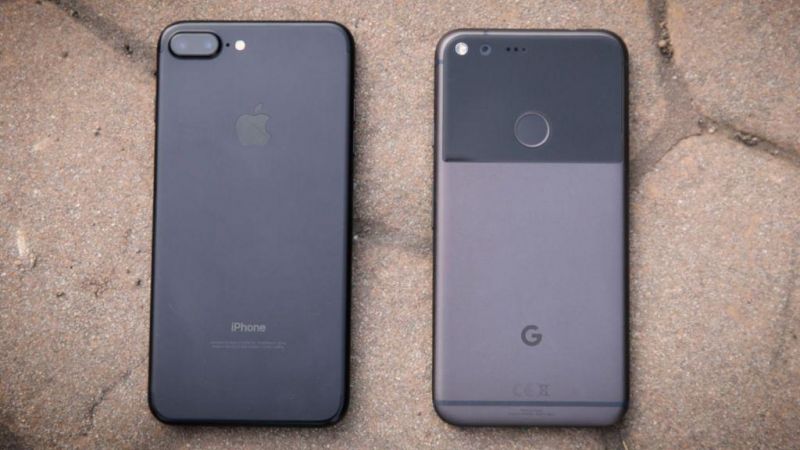 To compare both of them with the S8 would be unfair since both the Pixel and the iPhone are from 2016. Still, we would compare because the prices of both are still very 2017 and it surely matters the buyer that how well his/her Rs 60,000 phone performs when its camera is shown some light.

The Samsung Galaxy S8/S8+ have a clear edge with its impressive camera tech on paper. It has F1.7 lens that can capture more light compared to both the iPhone 7 Plus as well as Pixel XL.

While the sensor size and pixel size of the S8 is similar to the Pixel XL (Pixel Xl has 1.55um pixel size), the Galaxy S8 leads the chart because of its superior software optimization than the Pixel XL. The photos on the Pixel XL appear to be slightly washed, showing that the larger pixel size is beaten by average software post-processing.

The iPhone 7 Plus captures photos with natural colour tones. Its dual lens camera works well in capturing photos in all conditions. The telephoto lens is an impressive thought to capture better-looking portraits with good-looking depth-of-field effects. But from our personal experience, it loses out to the Galaxy S8 in the low light photography sector. The smaller sensor size has to do with its average low light performance.

Thus, the Galaxy S8 is still ruling the charts in the camera sector. We haven’t tested the phone in the real world and you will have to wait for a detailed review of the king of the flagship. We have seen the impressive performance in the demo videos and since it’s a Samsung, it will get better with time through future software updates, like the Galaxy S7. So, if you want to spend more than Rs 50,000 on a good camera smartphone, make way for the Samsung Galaxy S8/S8+.