The disruptive Le 1S has taken the Indian smartphone market by surprise.
Rating:

Over the years, numerous Chinese smartphone companies have been making steady inroads into the Indian subcontinent, citing a steep escalation in demand for premium-budget handsets. In the last couple of years, smartphone manufacturers such as Xiaomi, OnePlus, and Gionee have gained weighty traction in the Indian smartphone market, owing to their affordable, flagship-quality range of smartphones.

Interestingly, all the aforementioned companies, including a few others have managed to generate a colossal wave in the smartphone sector in India, disrupting bigger players such as Samsung, Motorola, and even Apple. Well, all the good things said, the factsheet still shows that the major players are ahead in the race.

Well, a vast number of smartphone users in India are on the lookout for a few select factors: a good camera, fast multi-tasking, decent design, and durability. However, most of the “premium-budget’ devices I have used fail to bind all the above qualities in to a single handset, until now.

Of late, all of you might have heard about Le Eco (formerly known as LeTV), the company that made their grand official entry in India last month. Well, there is a reason behind it: the company has launched two stunning smartphones in the Indian handset market—the LE MAX and the LE 1S.

Today I am going to take your through a short and crisp assessment of the affordable flagship device, Le 1S. I have been closely inspecting and playing around with the handset for quite some time, and I am rather captivated. Moreover, I also feel that this smartphone perfectly blends in to the premium-budget range of smartphones available in the market—and that too at a much lower cost. So without further ado, here is the full review of LeEco’s LE 1S. 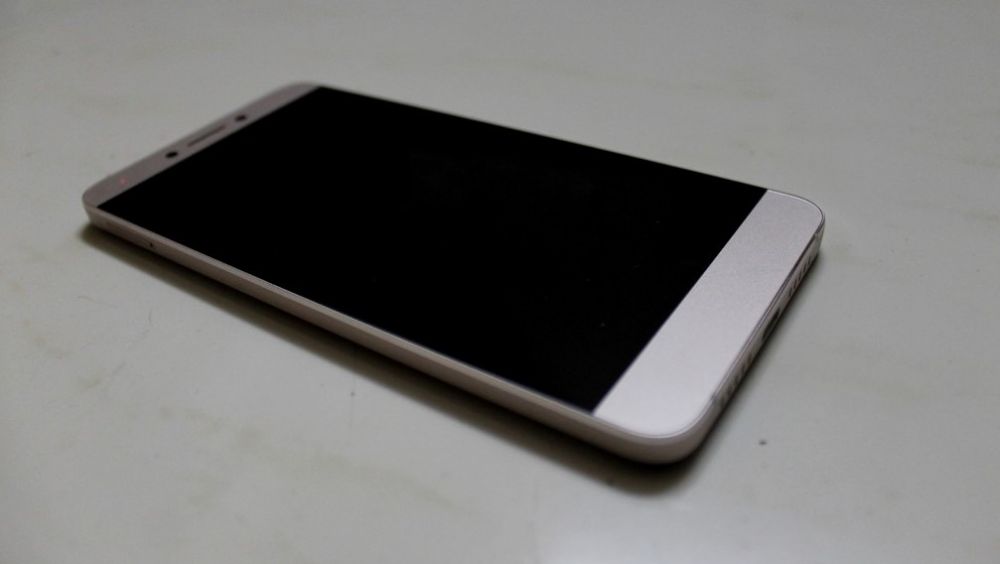 Design and Display: When I first received the device, the first thing that struck me about this massive device is its full-metal aluminium grade unibody design. While all-metal handsets tend to be on the heavier side, they certainly have an added level of aristocracy. Likewise, this device is also on the a bit heavy at 169g, but it is still fairly sleek with a width of just 7.5mm. Moreover, all-metal body handsets are rapidly gaining popularity among smartphone users.

The front part of the devices is predominantly occupied by the large 5.5-inch FHD display with almost negligible bezel space on the sides. On the lower section of the front side, we have three capacitive keys for navigation, which are only visible when they are in use. The 3.5mm headphone jack and an IR-emitter are placed on the top of the handset.

A 5MP secondary camera and a sensor can also be found above the large display. Both sides of the device have chamfered edges; the power and volume keys are located on the right hand while the dual-SIM tray is located on the left hand side. On bottom of the phone, there is one single speaker along with a Type-C USB charging port. 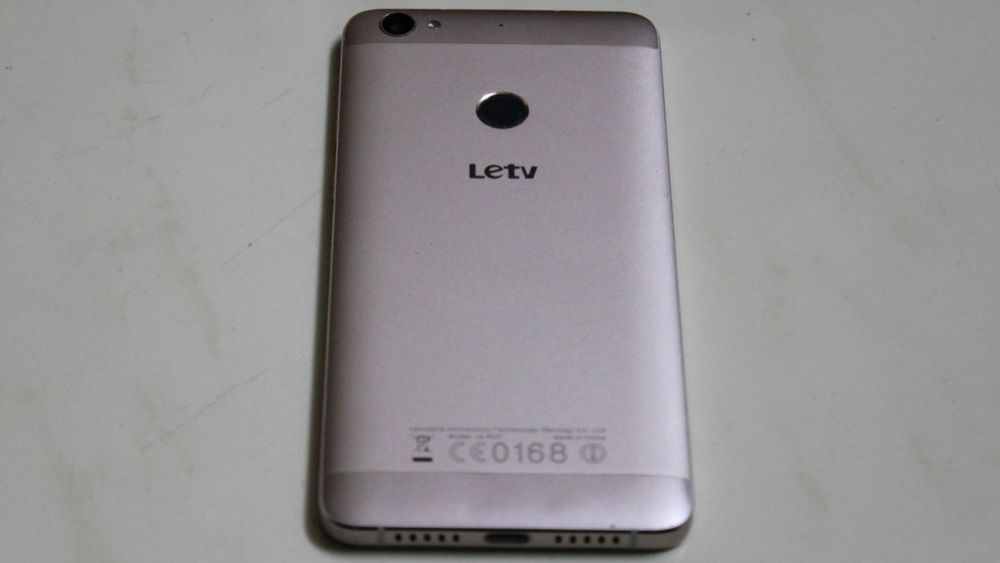 Flipping the device reveals a unique mirror-pattern finger print scanner, the primary camera and single LED flash, and a large LETV logo—looks like the company did not manage to re-brand the current Le 1S units, and future devices might have a “LeEco” logo in place. 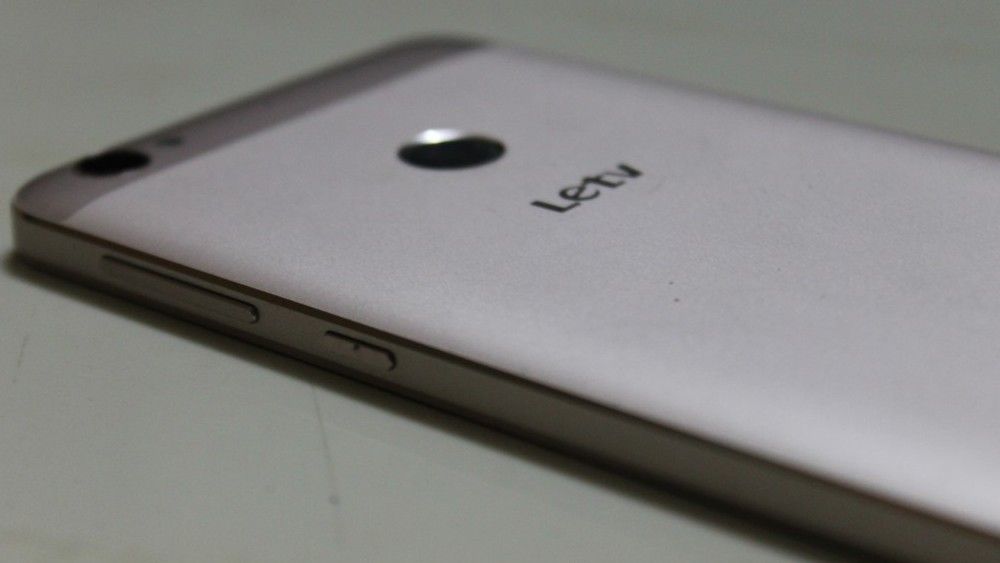 The handset is ergonomically sound with a subtle design, a firm grip, and premium feel. However, if you are a user who is accustomed to smaller sized devices, I’d rather suggest you to refrain from buying this handset, but if you are a regular phablet user, getting accustomed to this handset will be a piece of cake. All-in-all, the design of the phone looks attractive without any noticeable flaws. 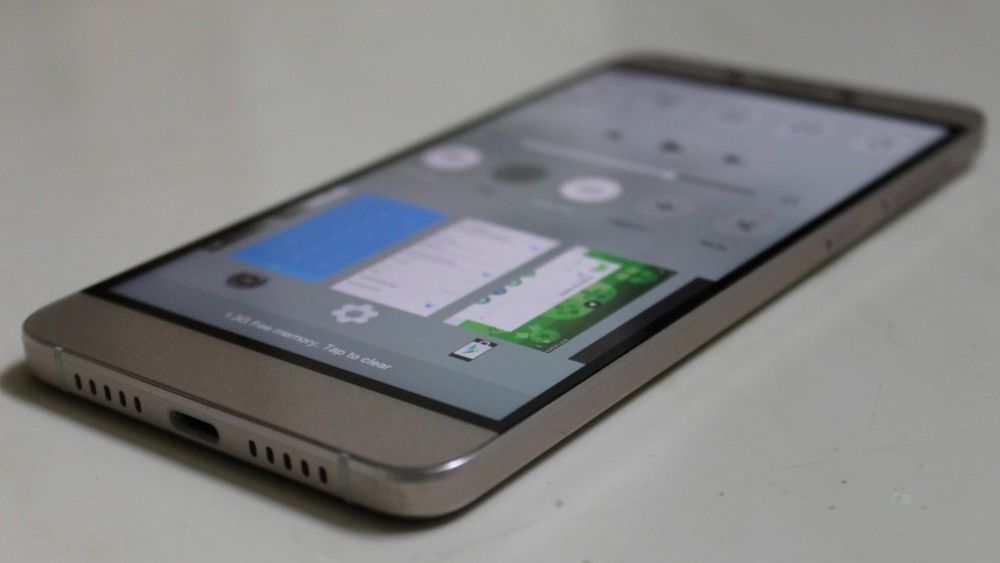 The screen feels quite smooth and responsive and I’m sure most users will like this feature. However, users should carefully handle the device, as the Corning Gorilla glass protection may fall short when it comes to scratch prevention. A big screen coupled with beautiful display is a fantastic combination and the company perfectly managed to pull the rabbit out of the hat. During my time with the device, I successfully watched several movies and played games with great ease.

Specifications and hardware: Under the hood, the handset is powered by an octa-core 2.2GHz MediaTek Helio X10 chipset along with 3GB RAM. An integrated PowerVR G6200 GPU also gives good graphic boost, enhancing gaming experience on the device. Le 1S comes along with 32GB on-board storage, and unfortunately the company has offered no option for storage expansion. In terms of connectivity, the device supports 4G on both the micro and nano SIM cards, and all the other usual options such as Wi-Fi and Bluetooth 4.1. 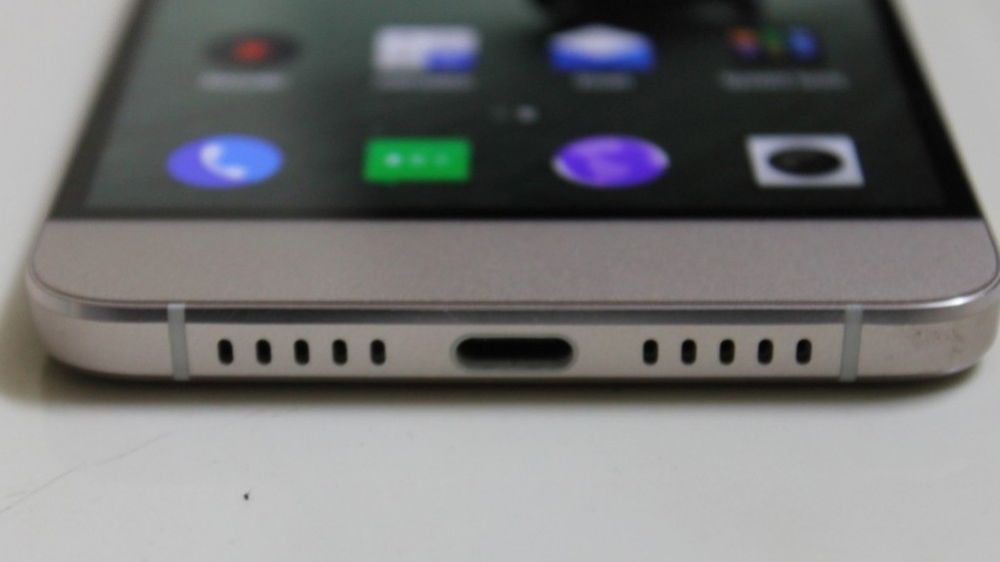 Moving on, the audio quality on the device seemed a bit subdued, and I feel that the company could have done a better job. Another feature that disappointed is the fingerprint scanner, which has a very slow response time, Additionally, the device fails to recognise a fingerprint if you do not place your finger accurately on the scanner.

However, the company cannot really be blamed for it, as they are also offering some other high-quality specifications at a price of just Rs 10,999.

I would also go on to say that the device executes functions extremely well and offers better performance than handsets priced much higher than it. I was able to breeze through games without encountering any lags; multi-tasking capabilities are also very good on this handset. Users will be happy to know that the heating issue on this device is negligible unlike most other metal-bodied devices. 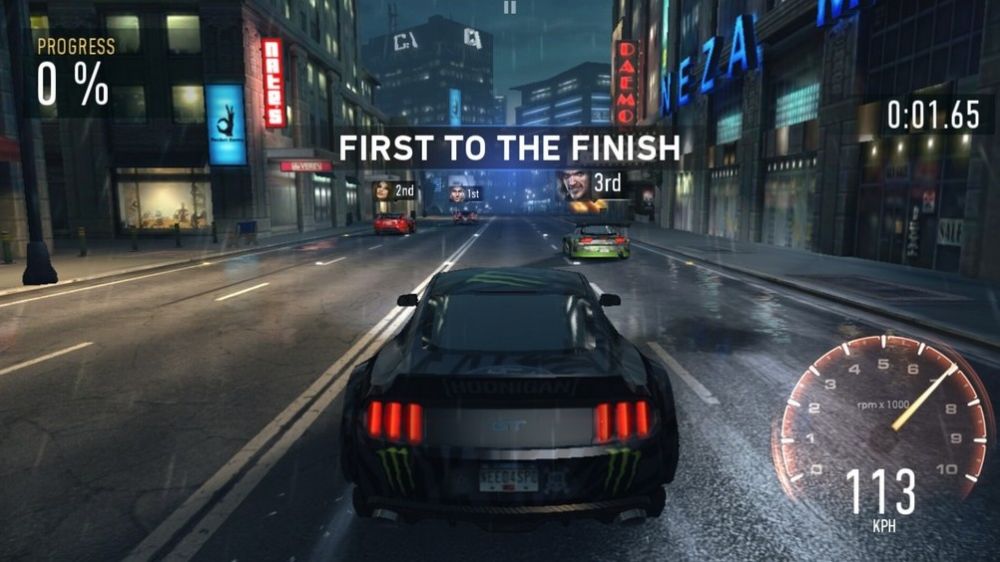 Even the 3,000mAH battery is decently good and can last a day of normal usage with ease. If you are running power hungry apps and games constantly, the handset might only stay alive for approximately eight hours. However, the fast charging technology assures that you never stay low on charge, and is capable of restoring considerable amount of charge in a matter of minutes.

At its price point, this device is surely offering great specifications for users to enjoy relentless multi-tasking and efficient gaming.

Camera and software: The Le 1S is equipped with a 13MP primary camera supported by a single LED flash. My experience with this camera was two-fold: Some of the shots came out brilliantly, while some failed drastically. 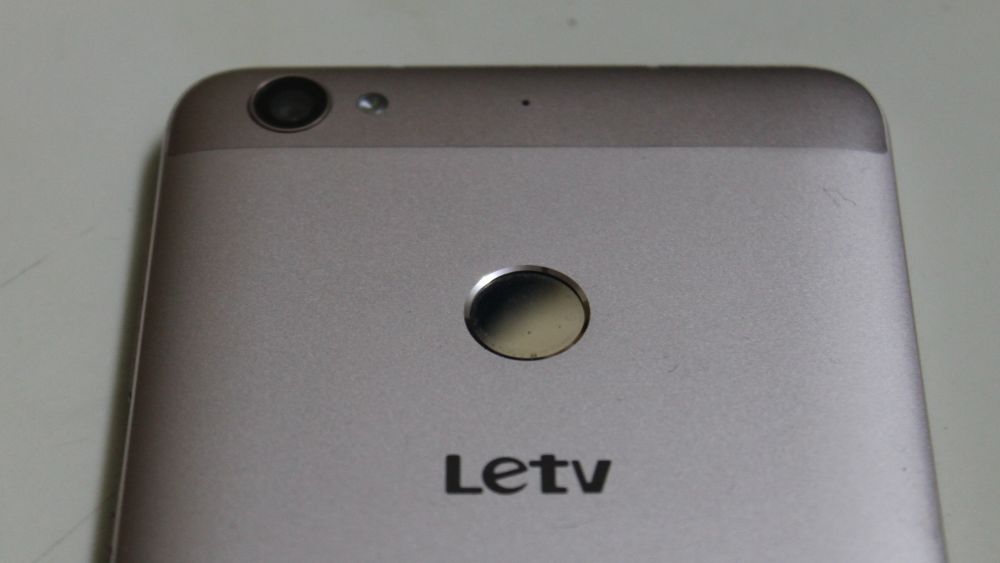 The camera sometimes takes too much time to focus and struggles quite a bit with exposure. But there are instances where the camera performs extremely well: The camera is very good in low light conditions and can take amazing macro-shots. The 5MP secondary snapper is also ideal for sefies and video calling. The video-shooting capabilities on this device is just above average and you won’t achieve very high quality ones. In short, the camera on the Le 1S is pretty good in contrast to its price, and there number of positives that overshadow the negative aspects.

Here are some samples images clicked in different conditions with the Le 1S primary camera: 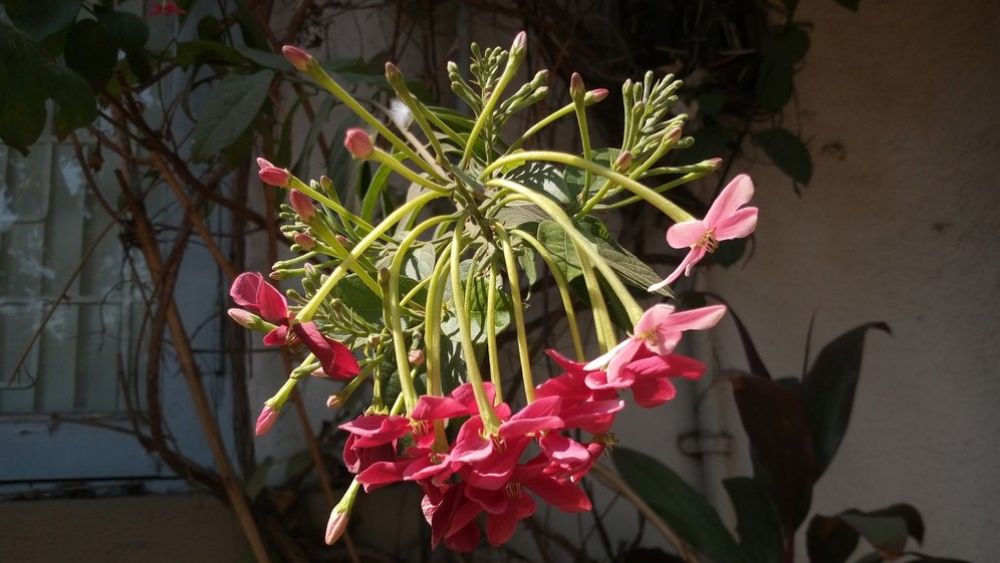 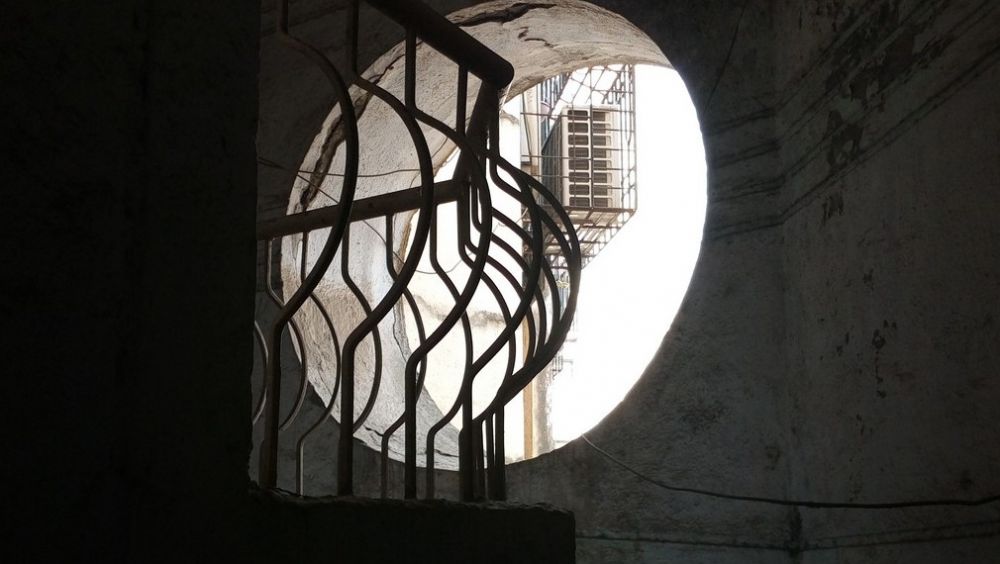 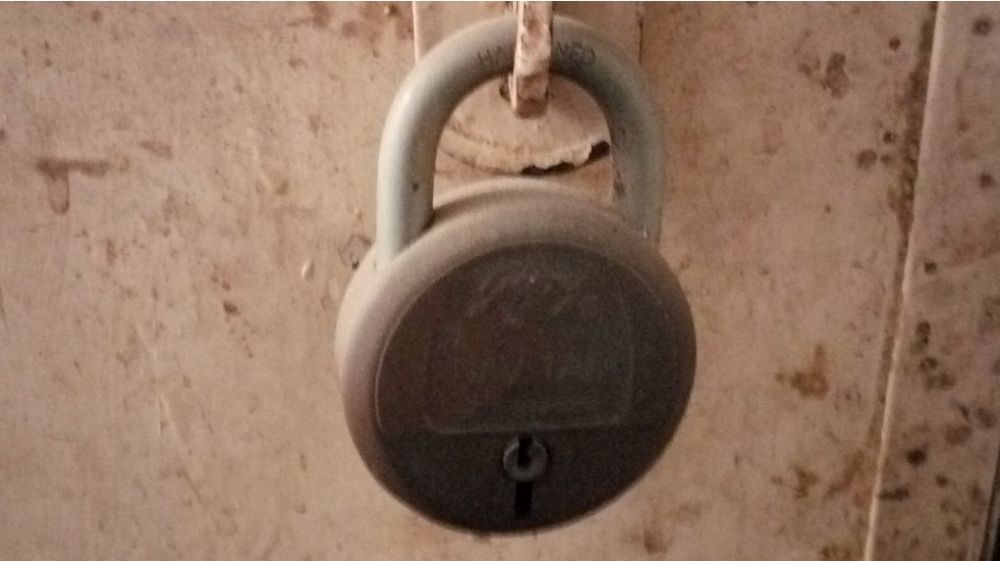 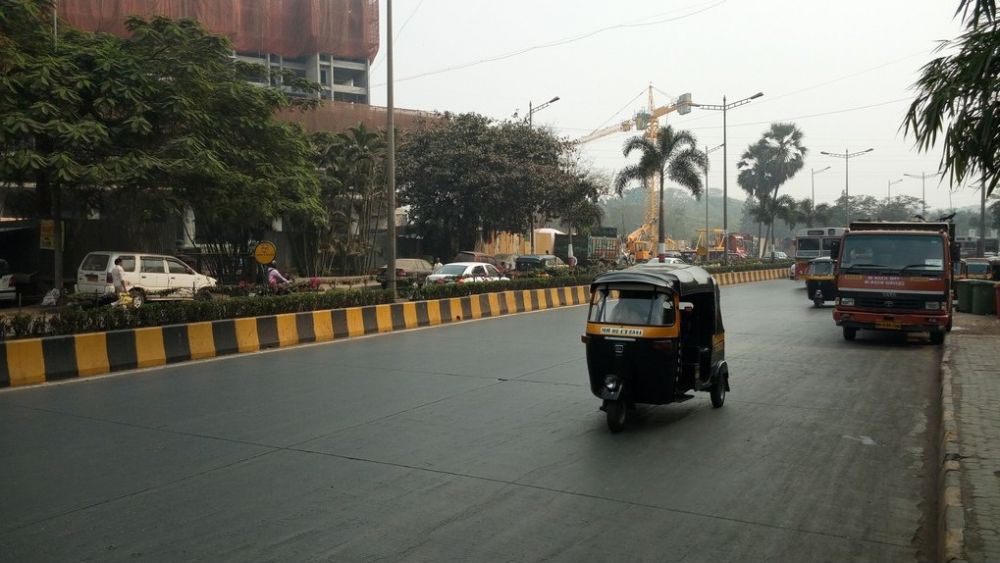 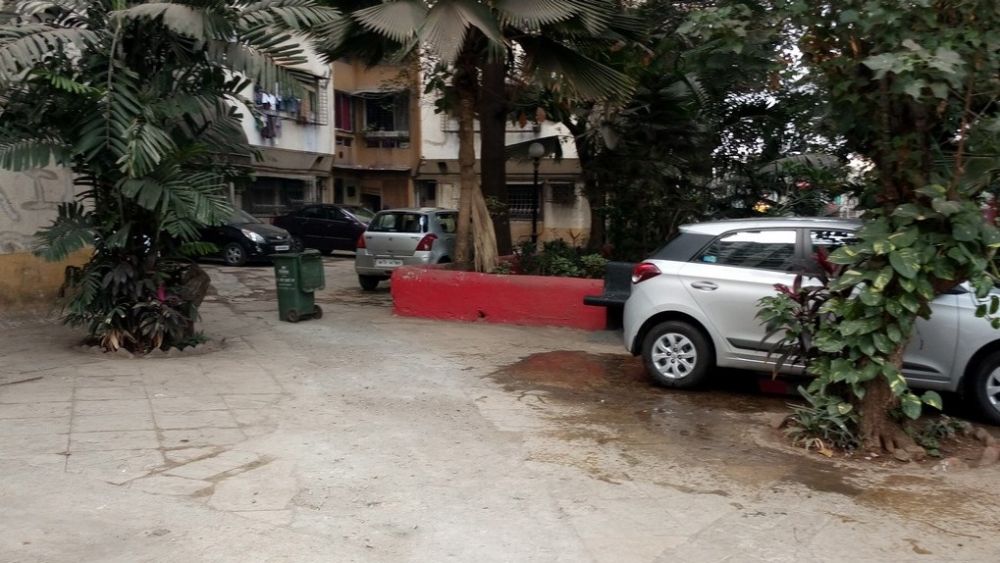 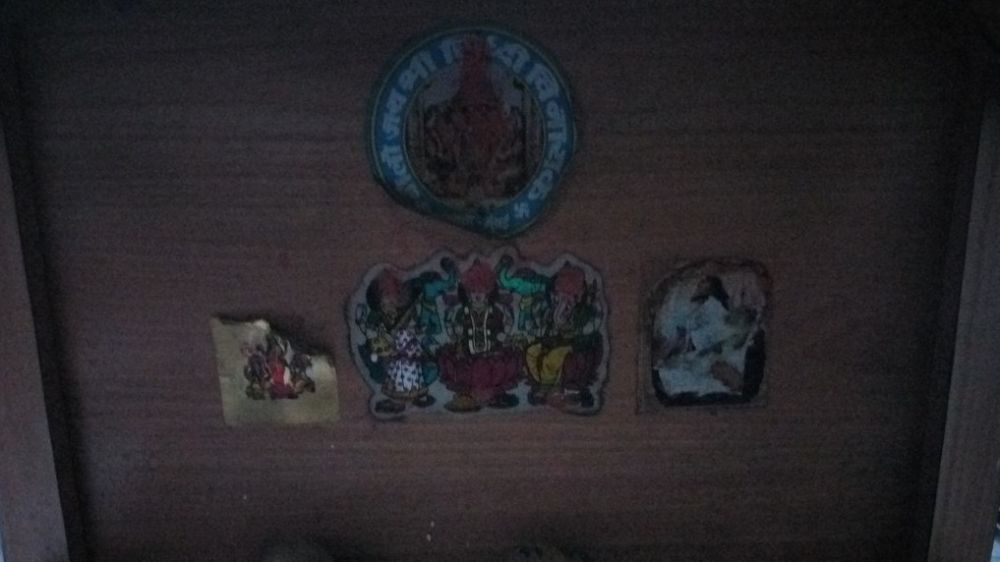 Moving on to software specifications, the LE 1S runs on an Android Lollipop OS with LeEco’s heavily customised theme eUI on top. Like most native OS’, the app drawer is missing, and customisation options are rather low in comparison to a ColorOS. 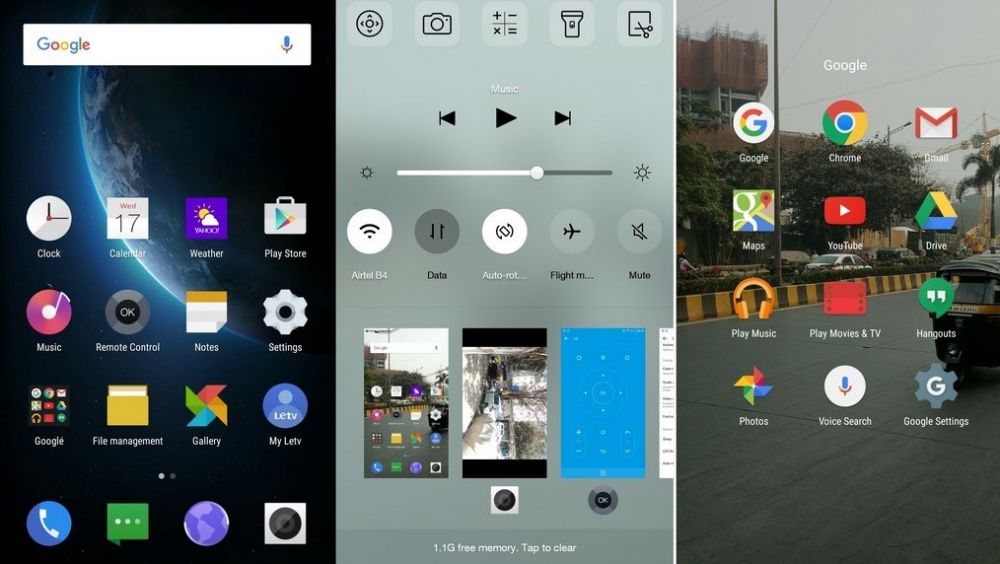 The smartphone’ native OS looks a tad confusing and will require some practice to use it properly. The numbers of pre-loaded apps are also low in count and users will have to access Google Play to download additional apps. One noticeable aspect about the eUI OS is that all app shortcuts and settings have been moved to one screen. It took me half a day to figure out the OS properly, but once you get used to it, the device is quite easy to use.

Verdict: Recent reports have clearly indicated that the phone is a scorcher. Even I believe that this phone is amazing considering its low price. This handset will enable many people to enjoy the prowess of a flagship on an affordable device.

Moreover, the style quotient on this device is also quite high, and is more than capable of competing out-of-the-box against bigger players like Samsung and Motorola. Some of its main market competitors in India will surely be Xiaomi, OnePlus, LG, and Motorola.

According to the company’s claims, the latest flash sales for the Le 1S saw approximately 55,000 units sold out in 9 seconds. It goes without saying that the smartphone has become a clear favourite among consumers, and rightly so. If you are someone who likes phablets or large-screened handsets, Le 1S is an ‘’affordable flagship’’ that  you can’t afford to miss.