Now that Apple has launched its 2016 flagship, the prices for the older models will face a huge price cut—to the tune of a whopping Rs 22,000.

As we all know it, Apple iPhones are one of the most expensive smartphones out there and affording them is sometimes next to impossible—literally. While iPhones are in a world of their own, they are definitely superior in terms of quality, performance and a few other areas. Though there are many other smartphones ranging from Windows and Android who can equal their performance, each of them have their own drawbacks. An iPhone is presently considered as a status symbol and though you may have an expensive Android in your pocket, you still would raise an eyebrow when you see an iPhone.

Now that Apple has launched its 2016 flagship, the prices for the older models will face a huge price cut—to the tune of a whopping Rs 22,000. As it was always the case, older generation iPhones, iPads and Macs always get a price cut in order to make way for the newer generation devices to sit on the showcase. In order to get rid of old stock, Apple has reduced the prices of all their earlier models.

This could be spelled as a good news for ‘budget’ iPhone seekers as they can now probably get their hands on an Apple smartphone for almost 3/4th the cost of a new one. Below are the tentative new prices for the previous generation iPhones. 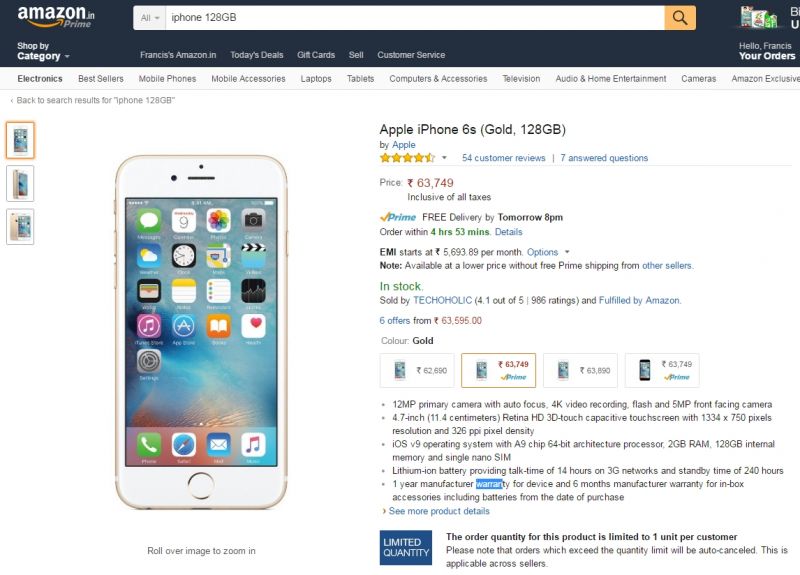 The iPhone 7 and iPhone 7 models will enter India early next week and prices for the 32GB variant will start at Rs 60,000.

with inputs from IANS