After Galaxy Fold, Samsung to launch phone with retractable screen

The new design unearthed by LetsGoDigital features a retractable screen, that is normally the size of what looks like a regular sized phone. (Photo: LetsGoDigital)

Samsung was one of the first brands to come out with a foldable screen featuring phone, that is the Galaxy Fold. Though the idea had its ups and downs, issues with the retail versions of the device are currently being worked on.

Meanwhile, the Korean brand has filed a patent for a new design, that suggests a more efficient approach where the screen real estate is not divided by the thin line in between caused by the fold.

The new design unearthed by LetsGoDigital features a retractable screen, that is normally the size of what looks like a regular sized phone. But once you pull out screen from the right side, the screen expands into a bigger tablet-sized version. 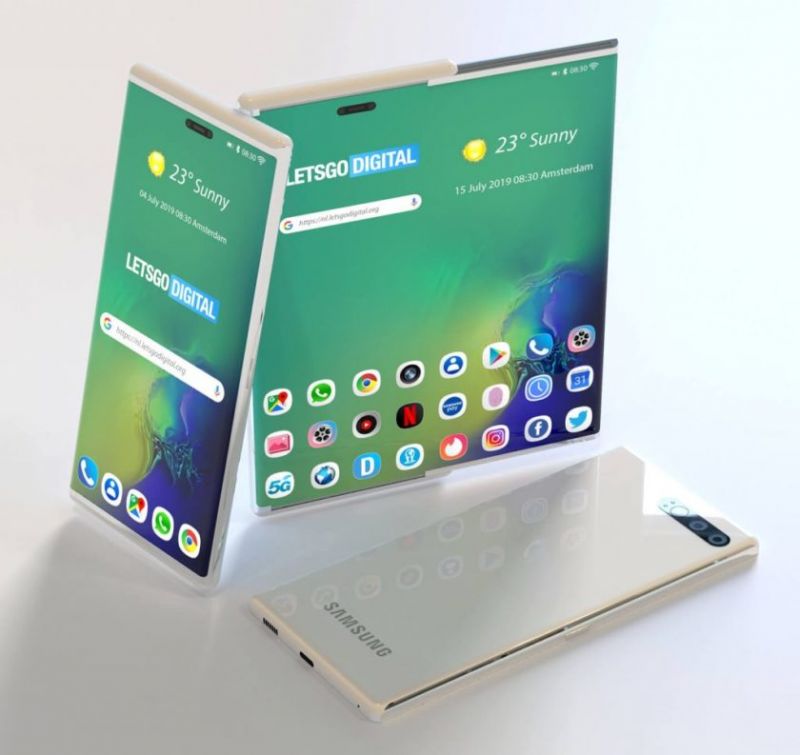 It is suggested that we are looking at a display here that can either bend and rest behind the main screen, or roll itself on the left side internally, when not retracted. What the final implementation will be remains to be seen.

Other details visible in the leaked images include a punch-hole cutout, a USB-C port, and absence of a 3.5mm port.

The design itself seams much better than the one seen on foldable phones. If challenges like the battery capacity, complex mechanisms and screen durability can be taken care of, we’d have perhaps the next step in the evolution of convertible smartphones with varying screen-sizes.