Xiaomi Redmi 4 Review: Jack of all, master of the battery

DECCAN CHRONICLE. | AMRITANSHU MUKHERJEE
Published May 16, 2017, 2:05 pm IST
Updated Sep 15, 2017, 9:40 am IST
The second entrant in Redmi 4 series wants to be an all rounder and provide a touch of the premium smartphone-ness in the affordable segment

If you are in the market for a new smartphone and have less than Rs 10,000 to spare on your pocket buddy, you should buy it immediately, despite Xiaomi’s irritating online-only sales plan.
Rating:

Whenever Xiaomi launches a new smartphone, it instantly becomes news. General consumers see their smartphones as a better value-for-money product than equivalent offerings from rival brands like Samsung and Motorola. Xiaomi fans on the other hand look for performance gains from whatever chipset Xiaomi throws at its handsets. The Redmi series has created quite a stir in the Indian smartphone market, selling out within minutes through its flash sales. The Redmi Note series provides the perfect balance of power and battery performance while still keeping the affordable tag.

On the other hand, the standard Redmi series targets the budget-conscious customers looking for a good looking smartphone with exceptional battery life. The Redmi Note 4 is currently taking care of the sub Rs 13,000 segment whereas the Redmi 4A is giving the entry-level smartphone buyer a taste of what a cheaper Android smartphone should ideally be. However, there is a big gap in between the two products, which is where Xiaomi’s latest entrant – the Redmi 4, comes in. Priced between Rs 6,999 and Rs 10,999, the smartphone aims to bring the best of the higher segment to the affordable category. It replaces the Redmi 3S Prime as this year’s upgrade.

In the recent times, Xiaomi has chosen metal as the primary material for making smartphone bodies. The Redmi 3S Prime brought the luxury of the metal body to the masses in an affordable price package. With the Redmi 4, Xiaomi has added a touch of class to the sub Rs 10,000 segment. 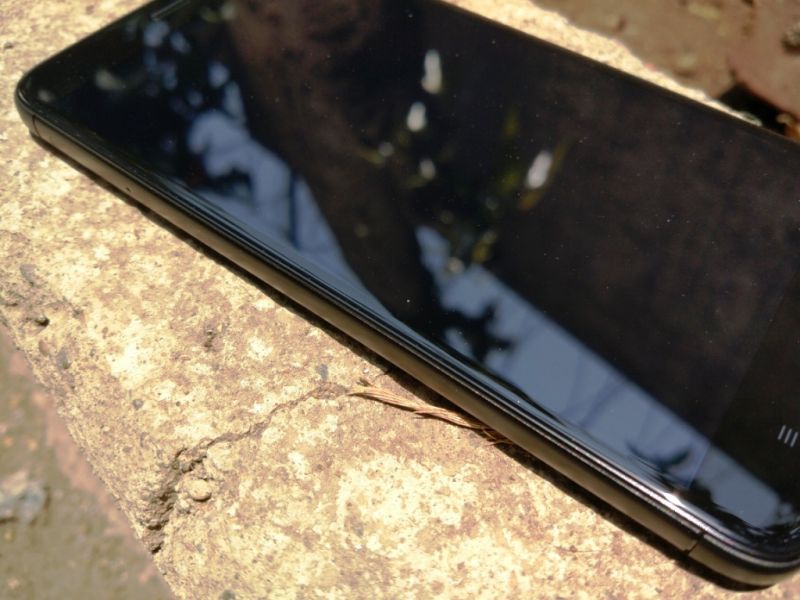 The phone has a 2.5D curved glass front with capacitive buttons at the bottom that doesn't light up when touched. You will find the volume rocker keys and the power/lock button on the left side of the phone, with the hybrid SIM tray on the other side. 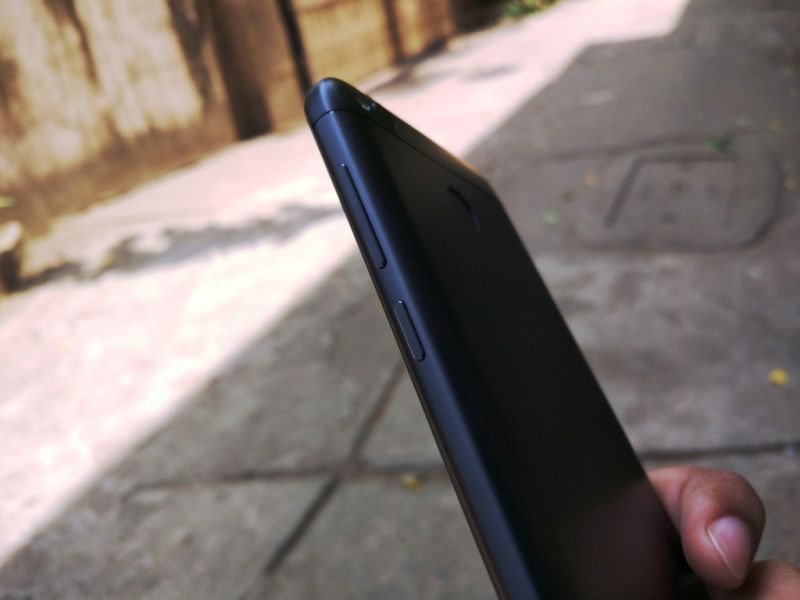 Xiaomi has retained the IR blaster for remote control usage on the Redmi 4, which adds value to this budget smartphone. A 3.5mm headphone jack and a micro USB port are present on the top and bottom edges. The Redmi 4 resembles the latest iPhone from the bottom in our perspective, which adds to the appeal of this budget smartphone — thanks to the speaker grilles that borrow a similar design from the iPhone 7. 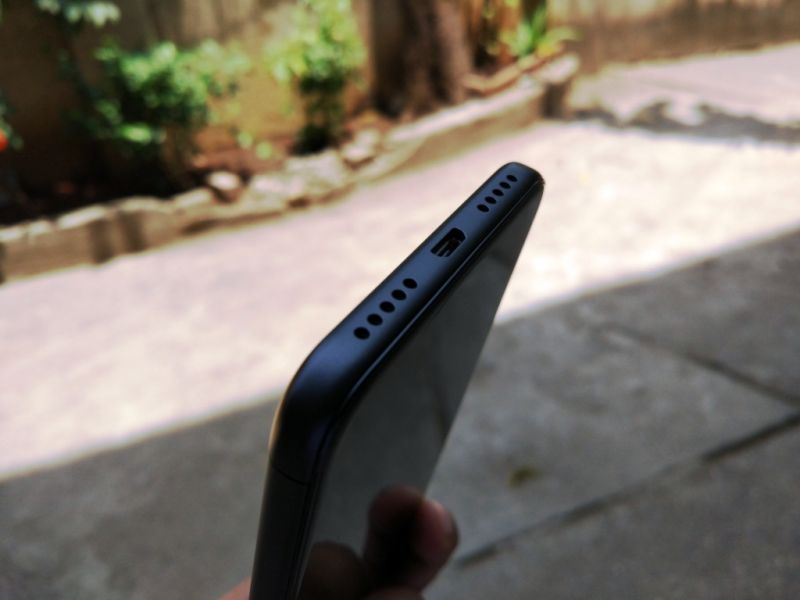 A fingerprint sensor, the primary camera and an LED flash reside on the rear panel with a curved edge that flushes against the front glass. Two chrome lines on the top and bottom give the device a premium look. 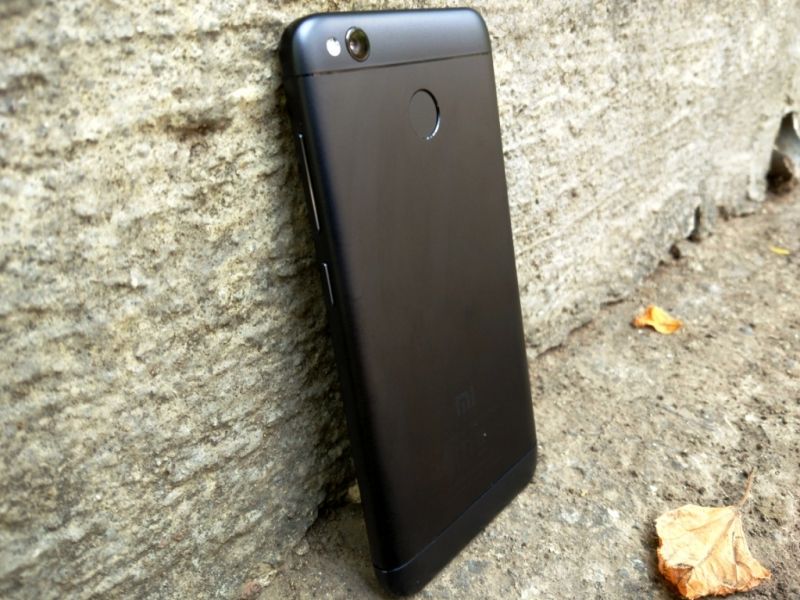 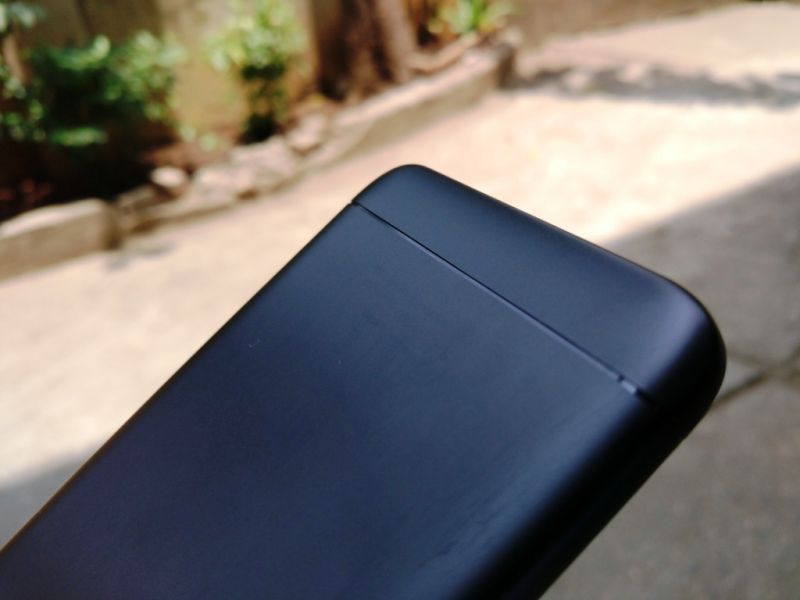 The matte-black version looks elegant and well designed with a comfortable grip that makes usingthe phone a bliss. The Redmi 4 is a nicely designed smartphone that won't put a hole in your pocket.

The phone sports a 5-inch 1280x720-pixel resolution IPS LCD display panel with a pixel density of 294ppi. The display features a smudge-resistant oleophobic coating, which is a boon for users in countries such as India. Touch response on the display feels smooth and responsive. 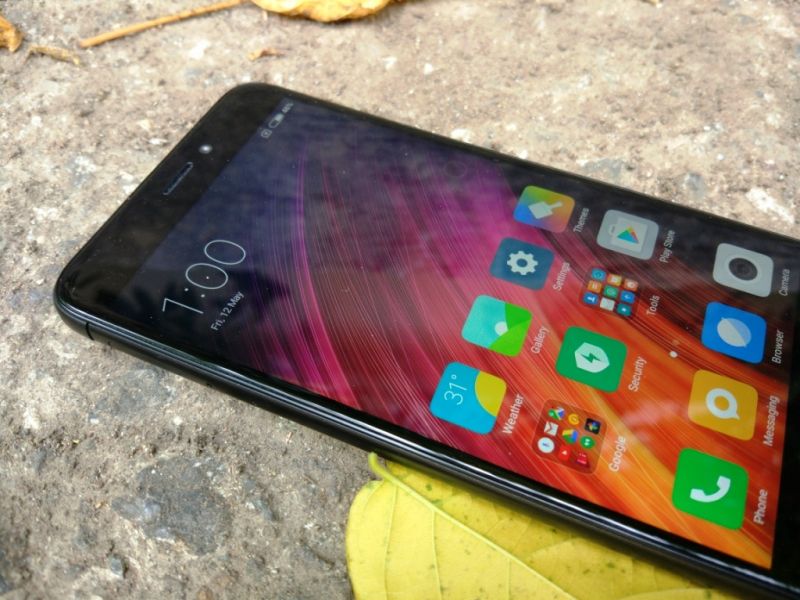 Although colours sometimes seem to appear slightly washed out, the viewing angles are decent and users wouldn’t face any issue. However, the display suffers from poor sunlight legibility, which can be expected from a budget smartphone.

For those who need to know the internals, the Redmi 4 is built around the 64-bit octa-core Qualcomm Snapdragon 435 chipset that has each of its cores clocked at 1.4GHz. Our test unit came with 3GB of RAM, which when combined with the Adreno 505 graphics processor, proved to be sufficient for casual gaming and a decent performance. Additionally, 32GB built-in storage is available for users, which can be expanded via micro SD card up to 128 GB. 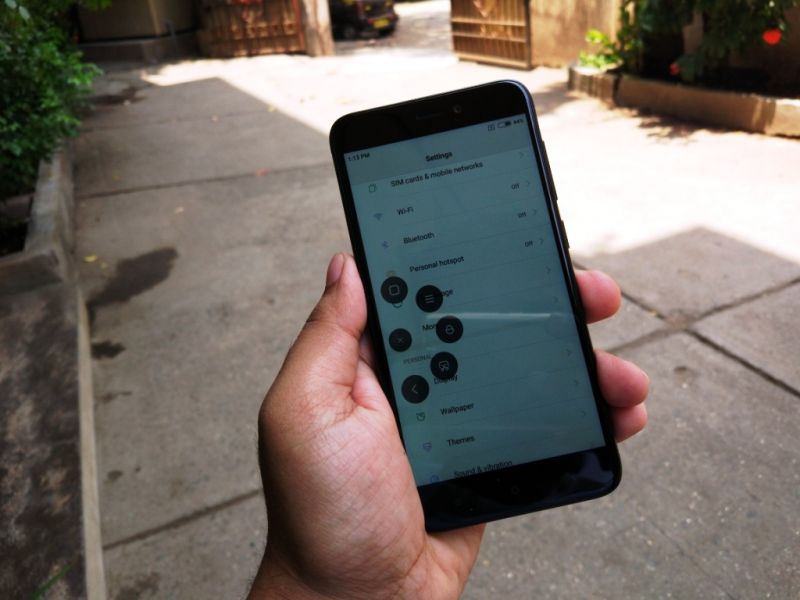 If you are looking for a slick response, then the Redmi 4 will disappoint you. However, we did notice the UI lagging in transitions and animation in various windows. Apps took a considerable amount of time to fire up. These issues could be attributed to one primary reason – MIUI’s own optimisation tricks. MIUI is not as efficient as stock Android when it comes to memory management.  However, if you turn off the MIUI optimisation from the Developer Options, the Redmi 4 ditches the lags and stutters for a sleek and fluid interface. Apps then open faster and menus load instantly. The experience of the phone simply elevates to that of a higher-tier phone.

While you know that the Snapdragon 435 has eight cores at its disposal, you should also know that all of them are Cortex-A53 cores. These cores are optimised for power efficiency over performance. This results in an unsatisfactory gaming experience. Therefore, you can easily play games like Temple Run 2, Candy Crush Saga, Angry Birds 2 and Pokemon Go. 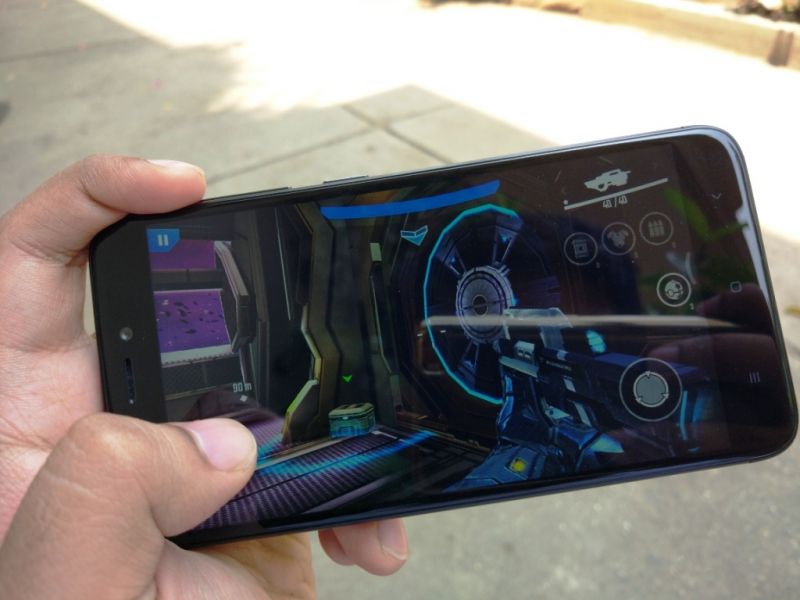 However, if you want top notch performance for demanding games like Asphalt Xtreme, NOVA Legacy, Need For Speed No Limits, Modern Combat 5 and the likes, noticeable frame drops and stutters while playing will be noticed. The Adreno 505 tries to make up for the lags by rendering good levels of graphics quality. However, you could reduce the lags by turning down the graphics configuration to medium, if the game allows. 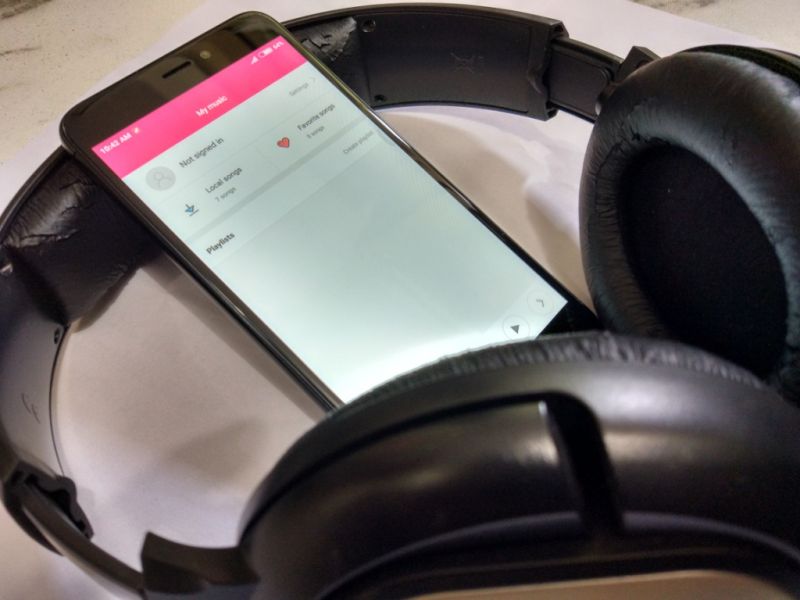 Xiaomi has refrained from using a 1080p display so that users can benefit from a longer battery life. Xiaomi says that they have designed the smartphone around specifications that cater to a blend of performance and longer battery life. A higher resolution display will only add to more power being drained as the processor will have to work harder to produce more pixels on the display. Also, the display has enough pixels per inch to meet the maximum quality requirement for the human eye. Therefore, the display is kept at 720p.

On the plus side, the use of Cortex-A53 cores along with Xiaomi’s optimisation wizardry ensures that your phone doesn’t heat up uncomfortably. During our gaming sessions in standard room temperatures, the phone managed to stay way below 40 degrees Celsius. 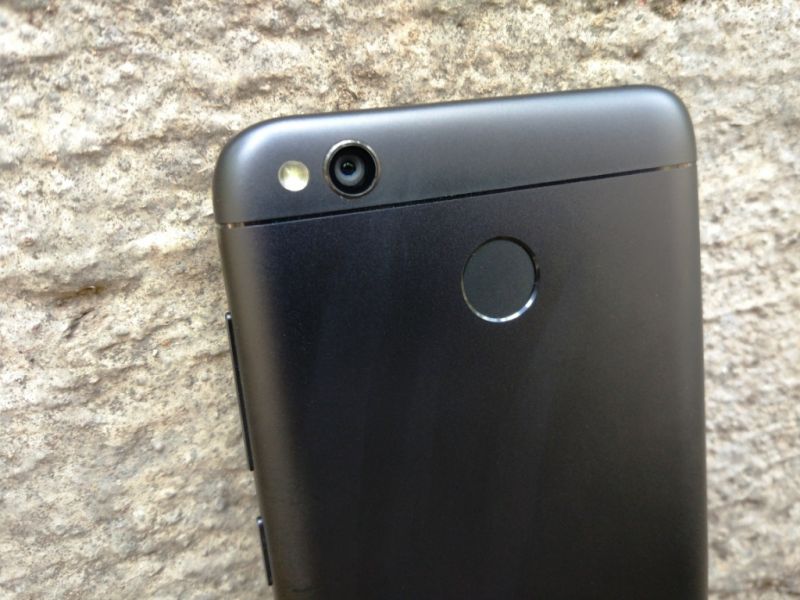 The Redmi 4 has a 13MP rear camera sensor with phase detection auto-focus. The photographs are average in quality. You will find lots of detailing under broad day light and the camera performs well. However, you could find colours appearing to be washed out in certain shots. This results in dull-looking pictures in general. Make sure your subjects are well lit. Check out some sample photos from the rear camera below. 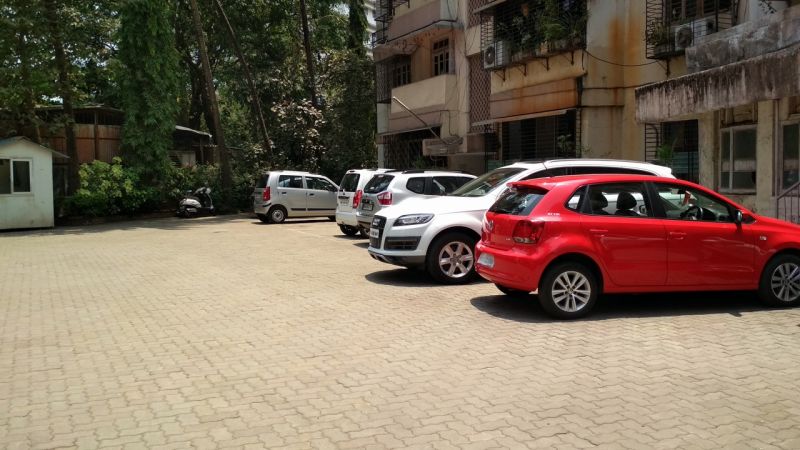 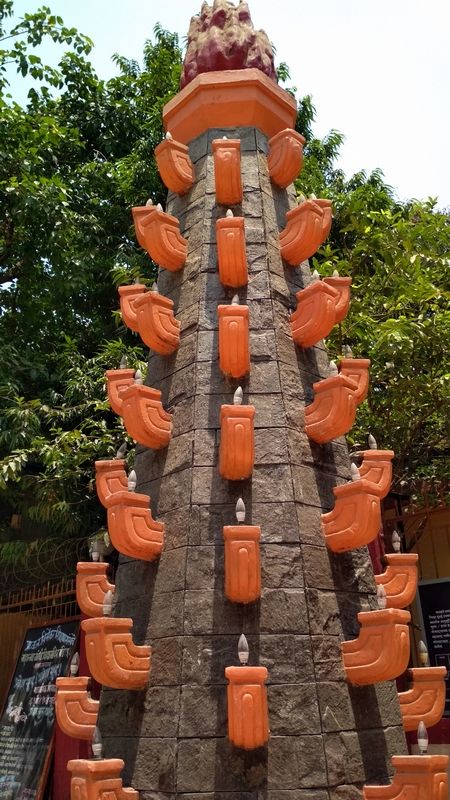 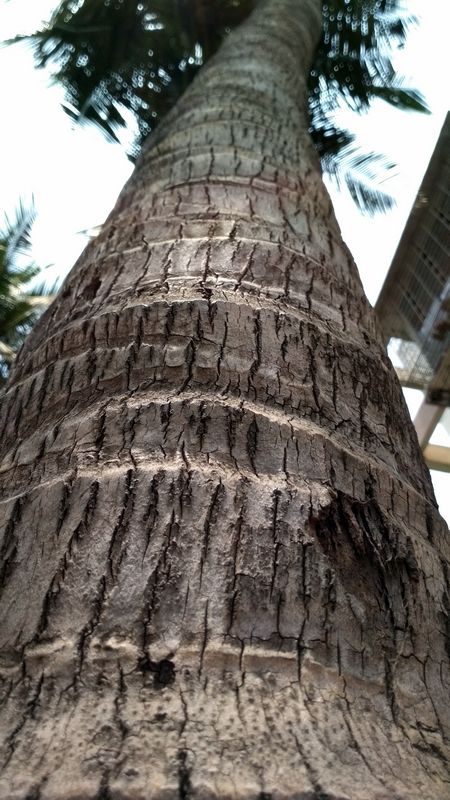 In low lighting conditions, photos are slightly below average. Photos tend to pick up a lot of noise and the detailing takes a slight hit. 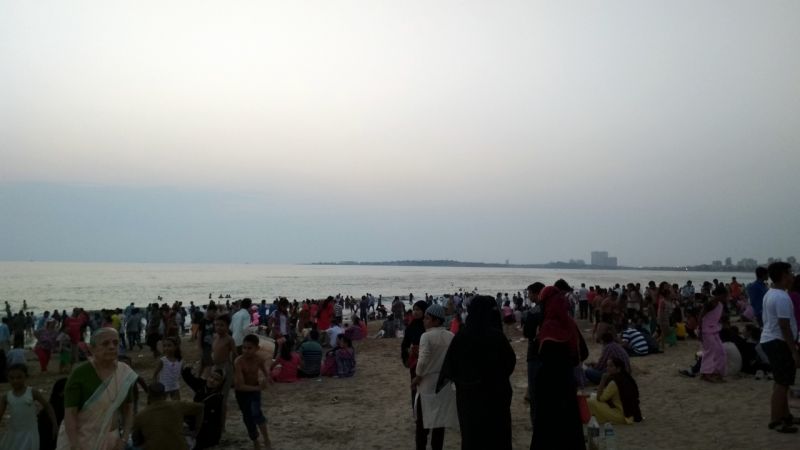 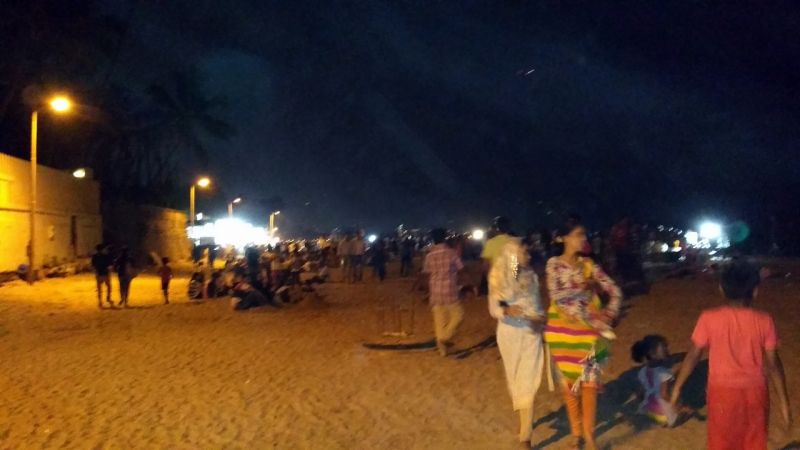 Do note that the photo quality on the camera ap is set to medium by default, so you have to play around with the camera settings to get the best image quality from the Redmi 4’s camera.

The Redmi 4 makes up for most of its weaknesses through its massive 4,100mAh Li-Po battery. That pooled with MIUI’s constant efforts to curb multiple background apps means that you have a battery life that’s immensely impressive. 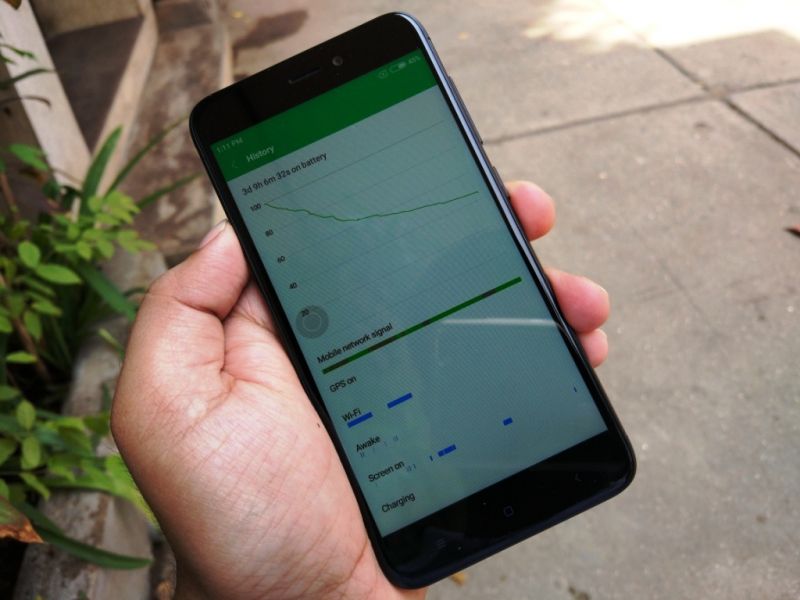 In our daily usage pattern, which involves calls, texting, 4G internet browsing, moderate gaming and fair bit of photography, the Redmi 4 managed to last close to 48 hours of standby time. However, the battery life is subjective and will vary from user to user, and the type of apps used and for how long they are used. On the whole, you should expect a maximum battery life of around 10-16 hours with moderate to high usage.

The Redmi 4 is an impressive smartphone with the right balance of performance, efficiency and good looks, well within a budget offering. It is ideal for someone who wants his/her smartphone to last one whole day with maximum usage. 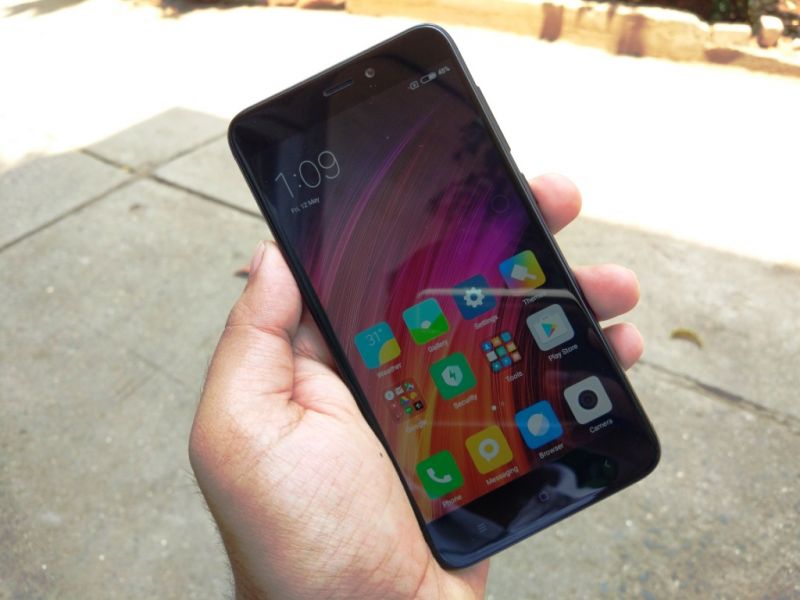 If your budget for a smartphone is under Rs 10,000, the Redmi 4 should top your list of choices. It is certainly better valued than the Redmi 4A, which lacks some basic features like fingerprint sensors and metal bodies. However, if performance takes top priority over affordability in your list of requirements, you could boost your budget a bit more and opt for the Redmi Note series that provides a good blend of performance and battery life.

■Xiaomi Redmi 4 with 4,100 mAh battery launched in India at Rs 6,999
■Redmi 4A review: a powerful entry-level offering from Xiaomi