The Active version will sport a more rugged look and higher protection against drops.

Samsung is planning to soon launch the Active version of the Galaxy S8. The Active version will sport a more rugged look and higher protection against drops. The Galaxy S8 Active has now received WiFi certification which means a release is underway. 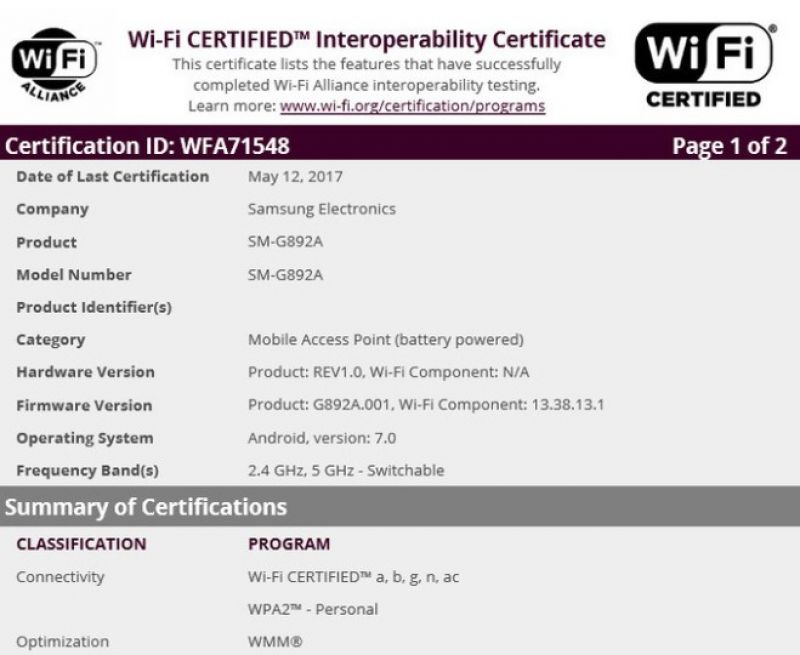 The Samsung Galaxy S8 Active has the code number SM-G892A has just received WiFi certification. This means that the smartphone will be released soon. Sadly, the listing does not reveal any details about the upcoming phone, except for the fact that it will run Android 7.0 Nougat out of the box.

It is however unclear whether the Active will be released with the Active key or the Bixby button. Aside from this, the smartphone should have the same internals as the Galaxy S8, meaning that it will feature a Qualcomm Snapdragon 835 platform, 4GB of RAM and 64GB of internal storage.