Xiaomi’s yet-to-be-released Mi 6X is all over the Internet. The device has been spotted at several benchmarking platforms and certification websites. The rumours of this one being the successor to the Android One based Mi A1 are also high in the air, although there’s no official indication of the same. It seems that Xiaomi was done with leaks, which is why they have finally teased the device officially on Weibo.

An official teaser on Weibo has shown the Mi 6X is all of its glory. The Mi 6X is destined to be present in a light shade of blue, similar to the one on the Redmi Note 5 Pro in India. The rear panel sports two distinct antenna lines at extreme edges, in a similar fashion to the Mi A1. The Mi 6X also borrows the Note 5 Pro’s rear camera design. The teaser also hints at the presence of a 20MP rear shooter. The Mi 6X is expected to be unveiled at an event in China on April 25th. 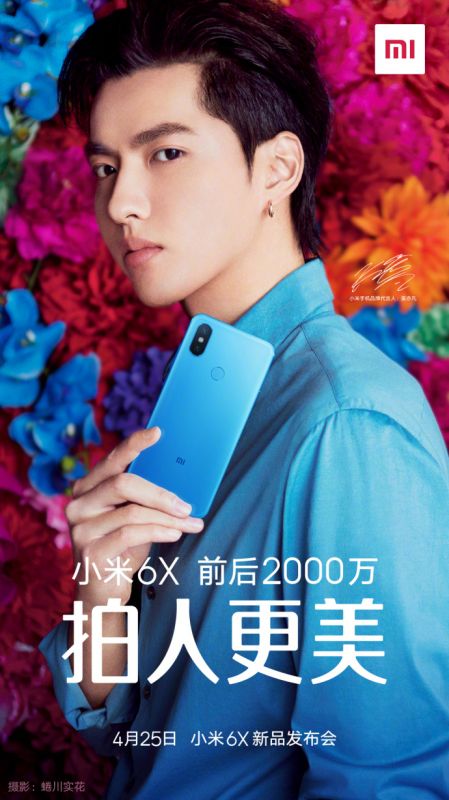 While Xiaomi’s official teaser has confirmed some of the details, the leaks on the Internet have revealed everything else about Xiaomi’s next mid-ranger. The Mi 6X will sport a Snapdragon 660 SoC along with 4GB/6GB of RAM along with 32GB/64GB/128GB storage. The rear camera setup is expected to sport a 20MP + 8MP setup, whereas the front is destined to be dominated by a 20MP selfie shooter. The Chinese model will be running MIUI 9 based on Android 8.1 Oreo. However, the Indian variant is rumoured to be the Android One based Mi A1 (2018)/ Mi A2.