The new Samsung Galaxy S10 will be shown off at the MWC on February 20.

Samsung is prepared with their next flagship offering, and we all know it is the Galaxy S10. The new device will be shown off at the MWC on February 20 and we are expecting Samsung to give the market something different and not stick with the same design they have been putting out for the last few years. However, while the design can be finally known at the event itself, we have just seen some benchmarking results leaked out into the open. Samsung’s Galaxy S10 was benchmarked and the results were spewed online. 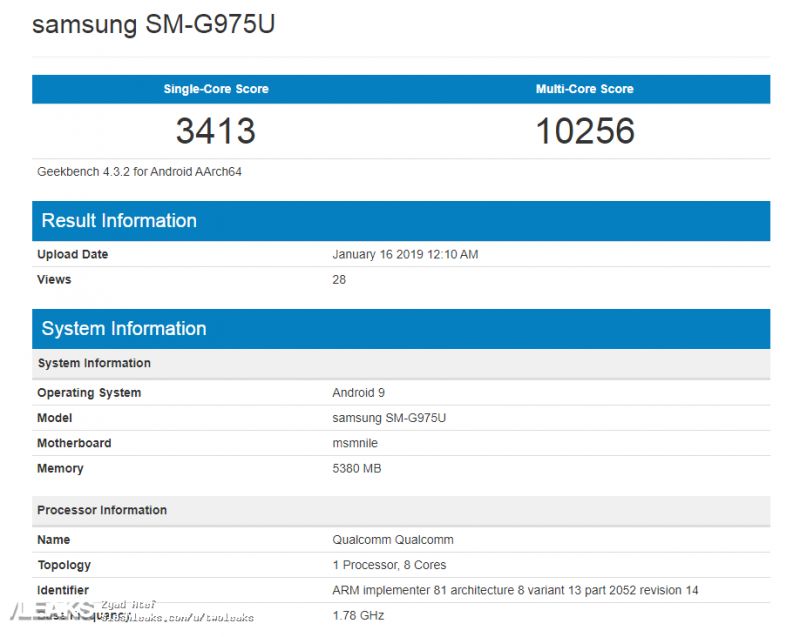 /Leaks, the known tipster for any leaks and spills on the internet, gave us the glimpse of the benchmark results for the Samsung Galaxy S10. The new flagship sports the model number SM-G975U and the device was benchmarked on Geekbench. The S10 results, as per the leaked image, showed the device gaining a score of 3413 and 10256 in the single core and multi-core sections respectively.

Stay tuned for more leaks and spills ahead of the Samsung Galaxy S10 launch.